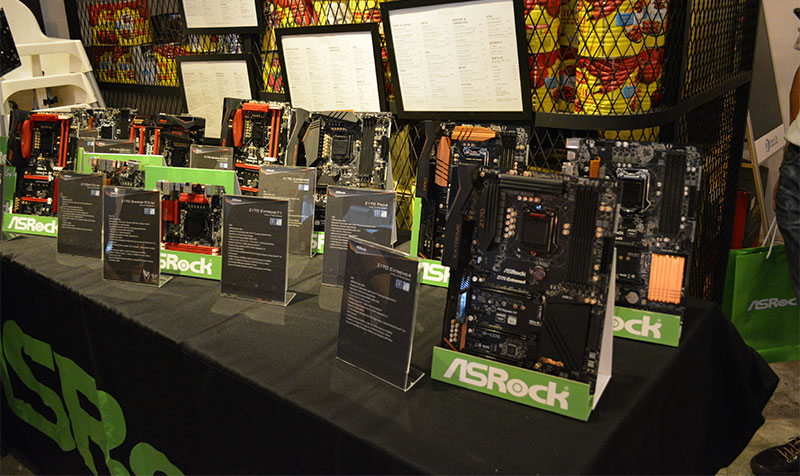 ASRock recently unveiled its line-up of Intel Z170 motherboards at an event for members of the media and power users, bringing to bear a host of features to appeal to gamers and overclockers. While the boards have been revealed at Computex 2015 in early June, it's only now that they are official and are available in the retail channel.

Like ASUS, MSI and Gigabyte, ASRock’s boards can also be classified into one of three main categories, so you’ll be better able to narrow your choices down once you’re sure what sort of user or expectations you have. These categories are actually nothing new, and ASRock’s Z170 boards are debuting in the same Extreme, Gaming, and OC Formula product lines that we saw on Z97 as well.

ASRock’s Extreme series of boards feature a mix of features that will cater to a wider segment of users who don’t necessarily see themselves as hardcore gamers or overclockers.

For instance, it will feature beefed-up components like an extra-large aluminium alloy heatsink around the LGA 1151 socket to provide better cooling to the voltage regulation module (VRM). And if you’ve been following ASRock over the years, you’ll also be familiar with its Super Alloy branding of its components. This makes a return on its Z170 boards in the form of something ASRock calls Combo Caps, which are supposedly a mixture of two different types of 12K platinum capacitors to deliver less noise and a more responsive CPU Vcore.

To protect against harsh environments and excessive humidity, the PCB features a high-density glass fabric design that reduces gaps between individual PCB layers to avoid moisture build-up and short circuits.

There’s also I/O Armor, which is a protective shroud that covers the rear I/O ports and audio components. According to ASRock, this helps protect crucial components from static discharge. 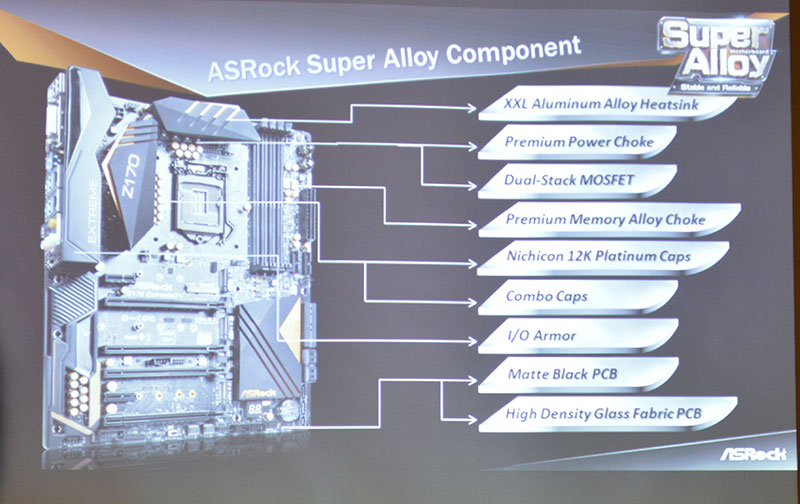 In addition, audio has been upgraded to Purity Sound 3 with the Realtek ALC1150 audio codec (the very same codec used in their Z97 and Z87 boards) that’s capable of delivering cleaner 7.1-channel audio as showcased via ASRock's test using Rightmark audio analyzer software. 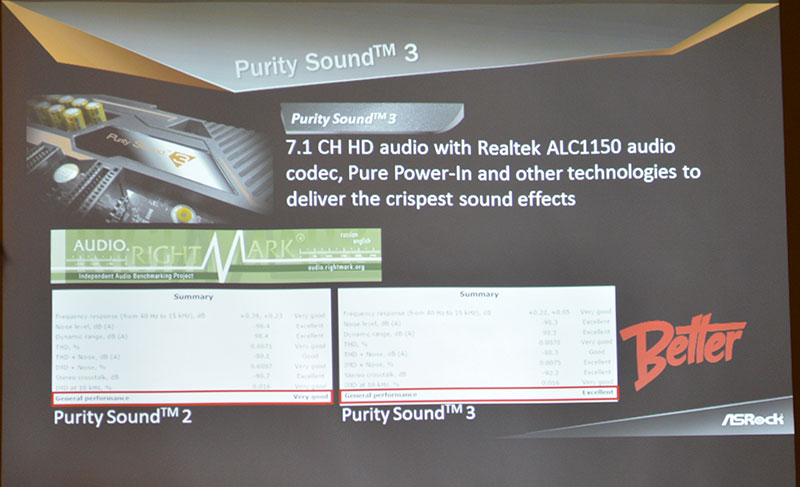 The ASRock Z170 Extreme 4 is a mid-range board that features a single M.2 PCIe 3.0 x4 slot, six SATA 6Gbps ports, and three SATA Express ports. It also has three PCIe 3.0 x16 slots, which are electrically wired to run at x16, x8, and x4. Other key features include two USB 3.1 Gen 2 ports (one Type-A, one Type-C) for support of next-generation devices with higher transfer throughput capability. 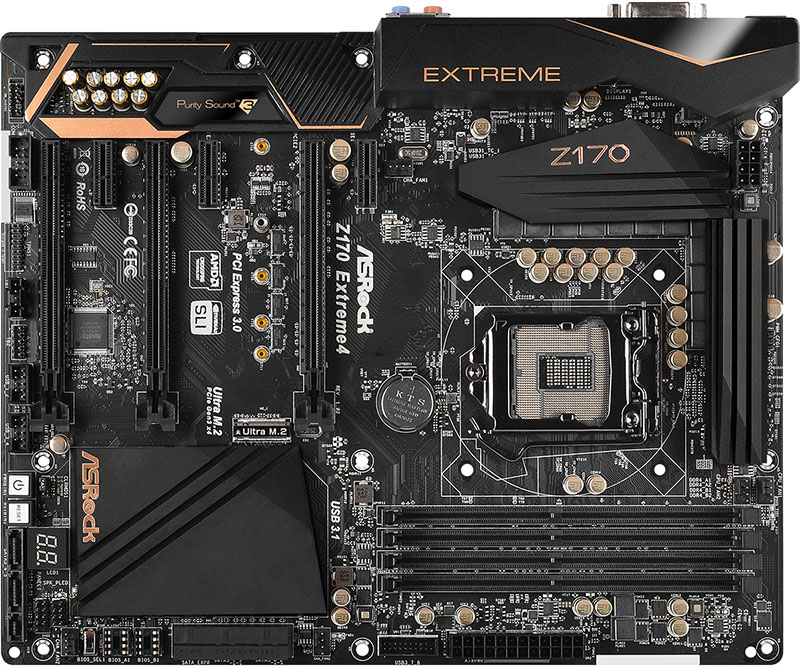 The Z170 Extreme 7+ sits at the top of the Extreme series. It has more features that will appeal to power users, like triple M.2 slots and dual Intel Gigabit Ethernet. Because this isn’t a gaming-oriented line-up, ASRock has gone with an Intel I219V and I211 Ethernet controllers. 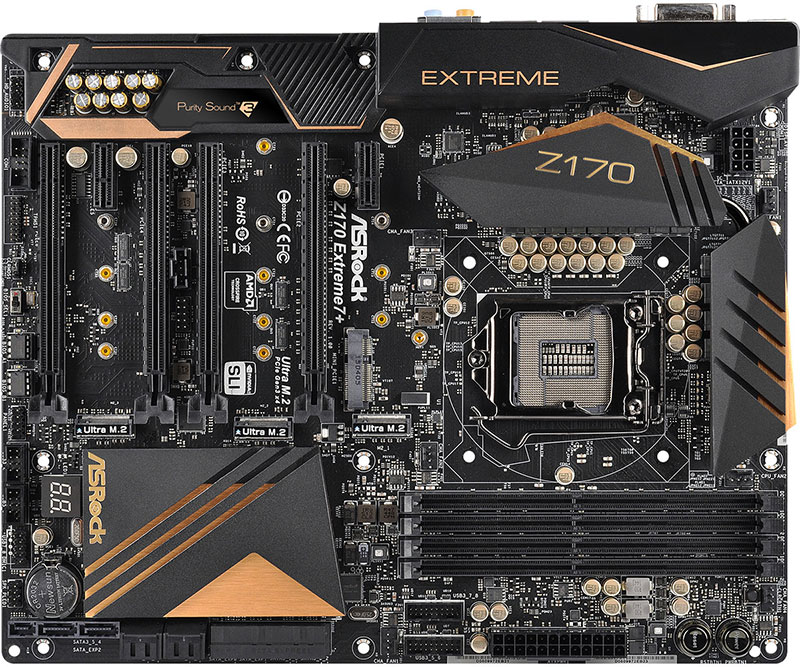 In fact, most of the other boards in this series use a single Intel I219V controller for networking.

The Extreme 7+ also uses a 12-phase power design that ASRock says is capable of handling some overclocking as well should you feel up to it.

As the name suggest, these boards come chock full of gaming-oriented features to satisfy the mad fraggers amongst you. ASRock’s design philosophy can be summed up in something called Gaming Armor, which it says includes modifications to individual hardware components to support gaming. 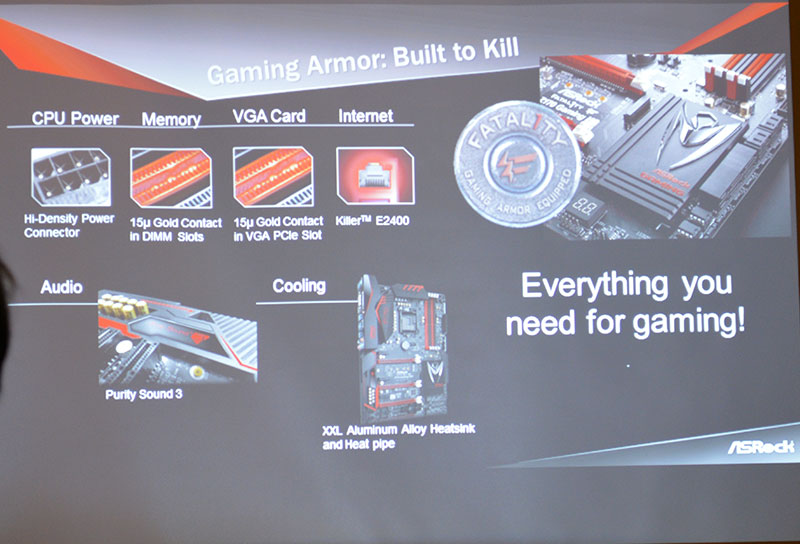 The flagship of the series is the Z170 Gaming K6, which boasts a matte black PCB and striking accents of red along the heatsinks and PCIe and RAM slots. The PCH heatsink has additionally been emblazoned with a striking silver praying mantis emblem of the Fatal1ty series. 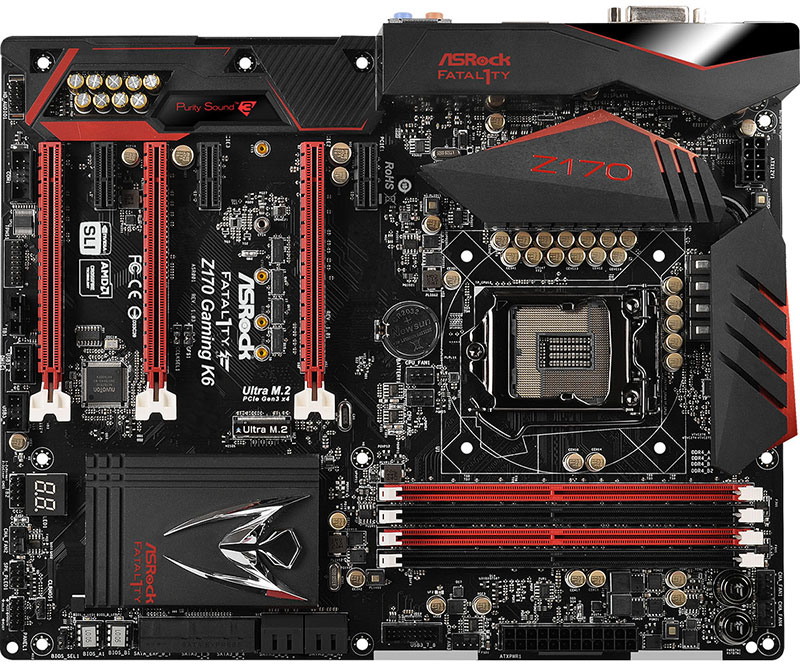 The board itself uses 12-phase power design as on the Extreme 7+, so don’t be looking for an inordinate amount of power phases and overclocking chops in the Gaming series. Networking is handled by the new Killer E2400 Ethernet controller that we also saw on boards from Gigabyte and MSI. The new controller adds features like the ability to prioritize web traffic and offers lower latencies, a boon to gamers out to shave milliseconds off their ping.

Storage options include up to eight SATA 6Gbps and a single M.2 connector. The Z170 chipset officially supports just six SATA 6Gbps ports, so the additional two are likely provided by a third-party controller.

The middle-of-the-pack Z170 Gaming K4 has a slightly less flashy design – for one, the praying mantis is missing from the PCH heatsink. It retains core features like the Killer E2400 controller, but sports just six SATA 6Gbps and a cut-down 10-phase power design. 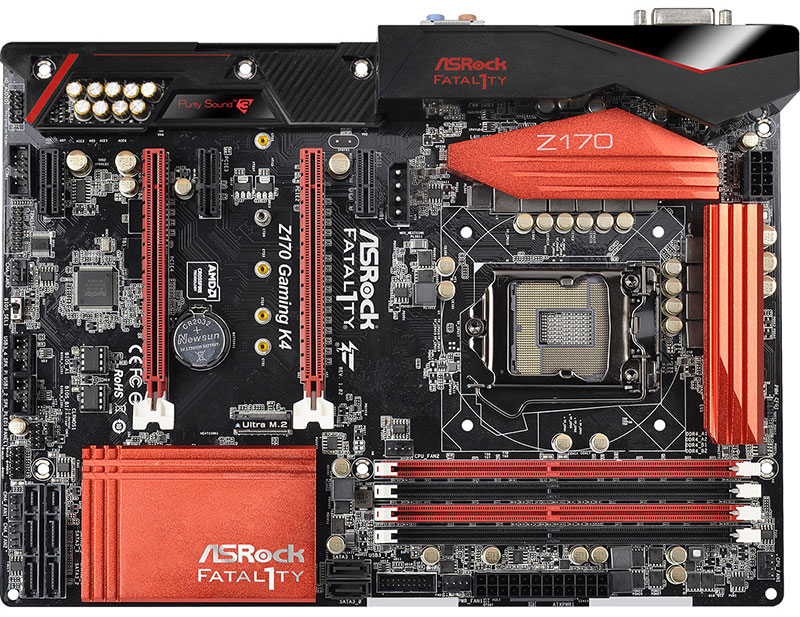 And now for serious overclockers. The Z170 OC Formula sports an impressive 18-phase power design that makes the 12-phase design on the Gaming K6+ look tame by comparison. 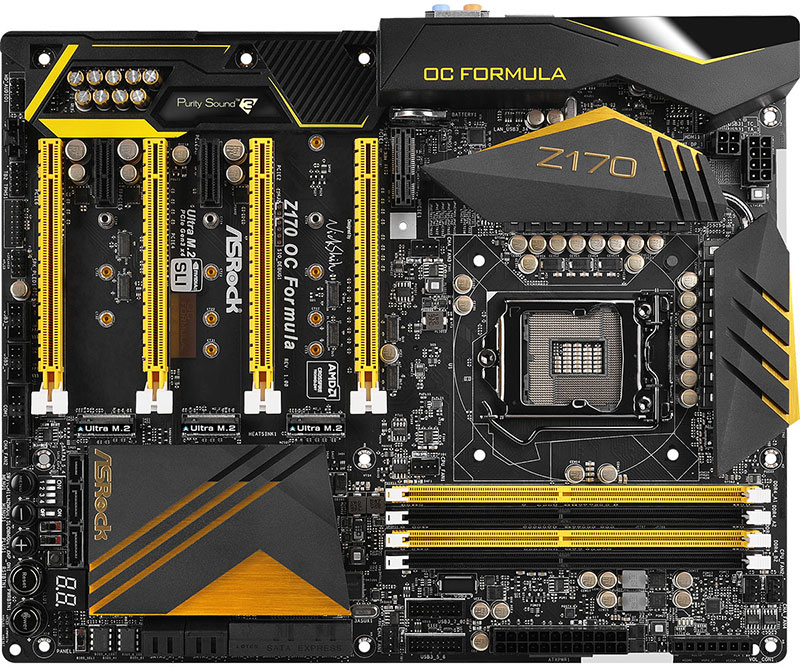 It has four PCIe 3.0 x16 slots (x16/x8/x4/x4), and supports up to quad SLI and four-way CrossFire setups, despite the seeming absence of a PLX chip to boost number of PCIe lanes to the PEG slots. The Z170 platform has just 20 PCIe 3.0 lanes available to it (inclusive of the 16 lanes from the Skylake CPU), so we really wouldn’t advise going that route to plonk quad GPUs on this platform.

The board also has three M.2 slots between its PEG slots. But since they all support PCIe 3.0 x4 interconnect from the chipset as well, they will share bandwidth with the PCIe slots so you won’t be able to populate all the slots without disabling others. 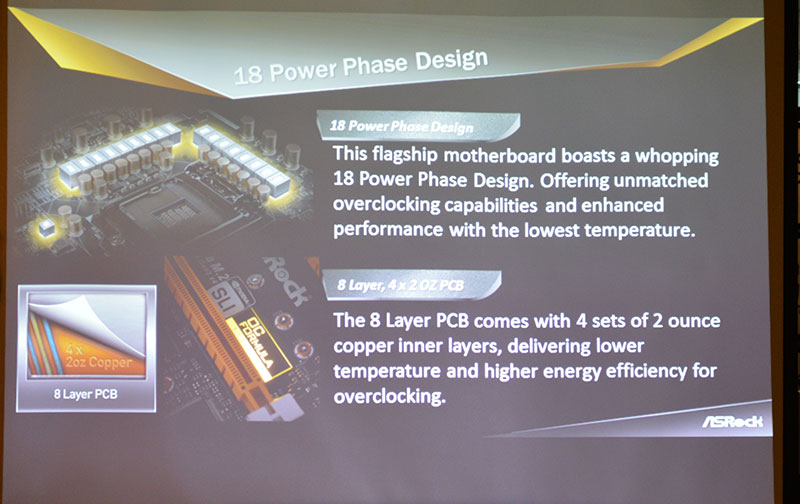 To cap matters off, ASRock also announced a USB 3.1 front panel that plugs into any SATA Express port to provide a pair of USB 3.1 Gen 2 Type-A and Type-C ports for your system.

The panel comes bundled with selected motherboards with a “plus” attached to their name, like the Z170 Gaming K6+ and Z170 Extreme 4+, but it can also be purchased separately and will work with any board with a free SATA Express port.