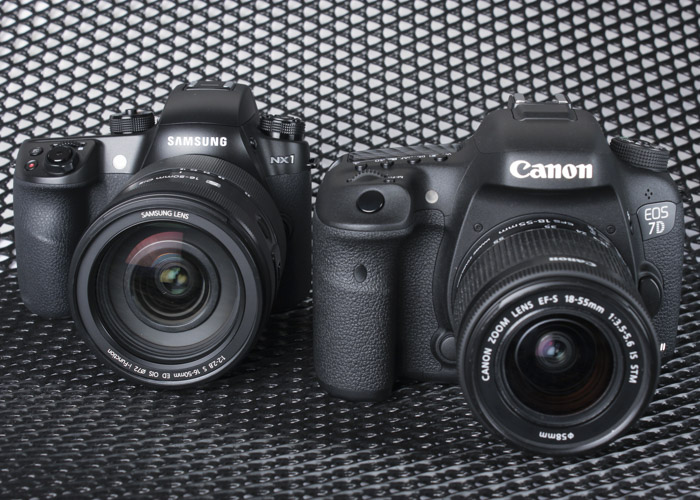 The APS-C segment has lost a little bit of its shine recently - thanks to the glut of mirrorless cameras coming out that embrace smaller sensor formats, and also to innovations on the full-frame front, bringing things like in-camera stabilization to the format. That doesn’t mean the format hasn’t seen any worthy entries over the last year though, as the "in-between" format allows for a unique compromise between quality and price, affording camera makers to pack more into their APS-C cameras than ever before. 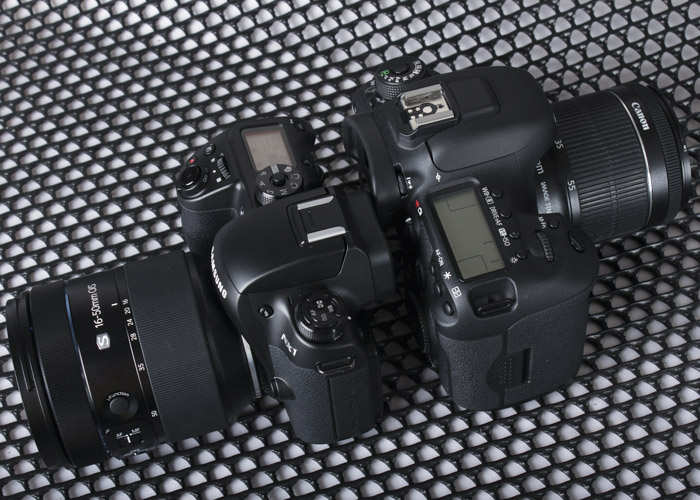 The Samsung NX1 and the Canon 7D Mark II are prime examples this, and come in from different entry points – the NX1 is Samsung’s first camera targeted at professionals, and so the company is trying to fill a new product with features they think users will want. On the other hand, Canon had a hit with the original 7D, so the direction for the successor is obviously to keep what users liked so much about the original, and make it even better.

The obvious question for this head-to-head then is: who did it better? We take you through our impressions of both cameras. 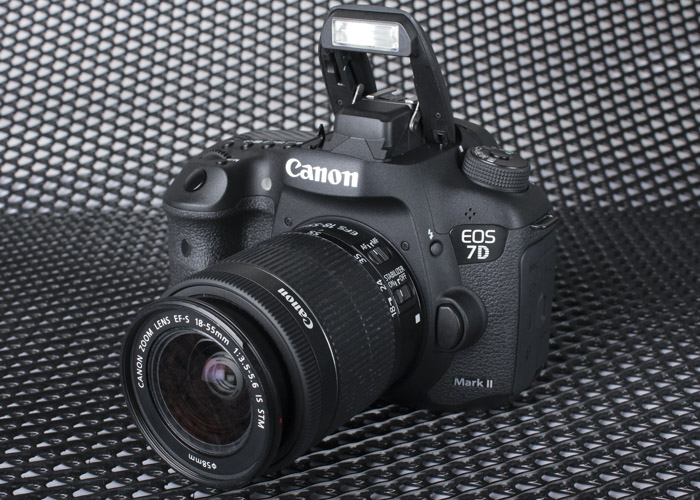 It’s been a good five years since the release of the original, and the 7D Mark II doesn’t change all that much physically. The 7D Mark II is only slightly larger on all sides, but the button layout has changed slightly to match the 5D Mark III’s more closely.

There’s a larger depth of field preview button, and more importantly, the inclusion of a new AF area selection lever that doesn’t do anything until you first press the AF point selection button – it then lets you toggle between a set of seven AF area modes. That alone isn’t that impressive, but dive into the menus and you can set it to activate custom functions to the various directions – much like on Fujifilm’s X-T1. That can prove to be quite a time-saver as it saves you from having to dive through the menus. 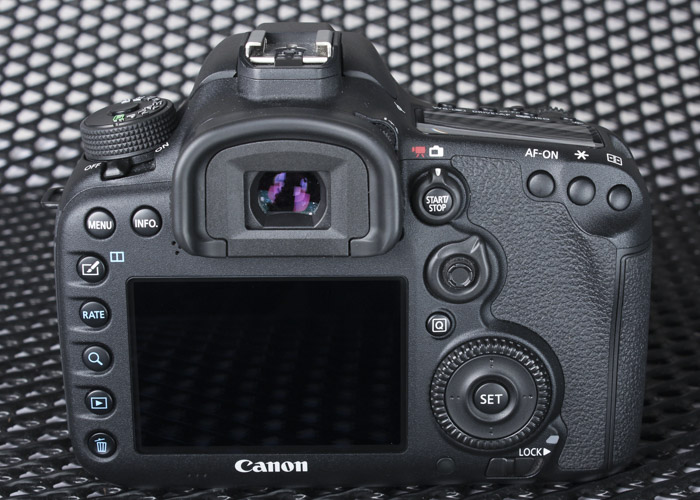 The 7D Mark II weighs in at some 820g, a good 270g heavier than the NX1 (which comes in at about 550 g). That’s something you can probably chalk up to it having a “traditional” DSLR design that still features a mirror box and pentaprism, which is likely to add to the weight somewhat. Unlike its mirrorless counterparts, the 7D Mark II doesn’t feature a tilting LCD, so you’re going to have lie/seat in a somewhat awkward position for those low-angle shots. 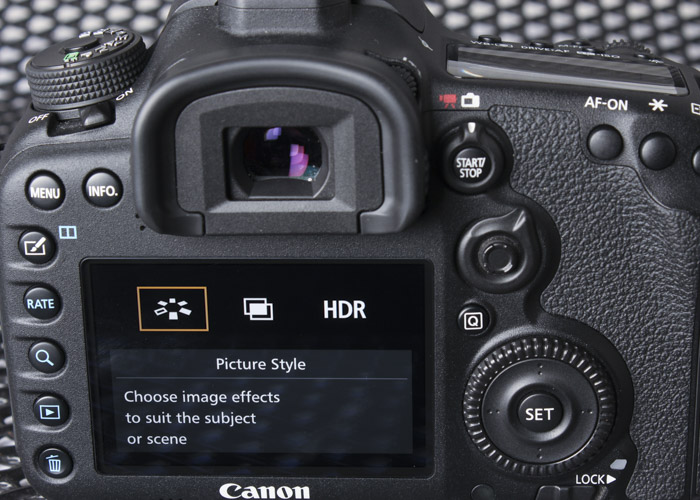 Perhaps owing to the fact that it straddles both the consumer and professional worlds, the 7D Mark II comes with two new buttons: the RATE button and the Creative photo button, which allow you to rate your images and or bring up options for changing the look of your images via one of Canon’s Picture Styles. There are also options for creating a multiple exposure image and to do in-camera HDR on multiple images, making it feasible to not even require a computer for basic retouching.

We like that there’s a physical switch to flip between movie recording and stills capture, and that size of the start/stop button is large enough for operation by feel. The Quick Control button is also much appreciated, as that calls up a menu to allow you to quickly adjust your settings and custom functions to customize the camera in short notice to best fit what you’re shooting. 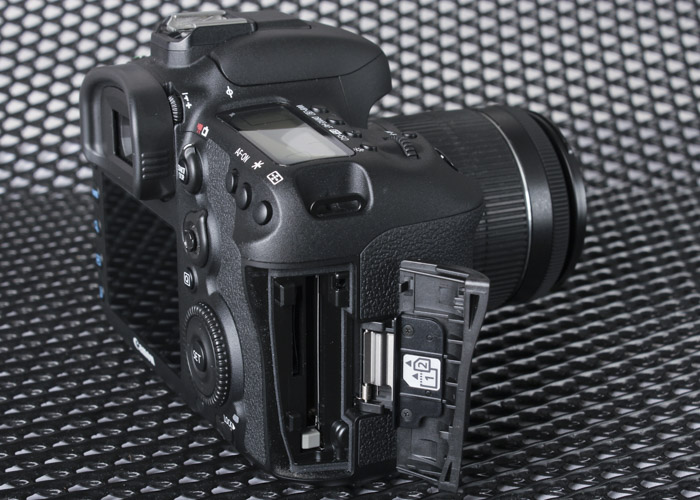 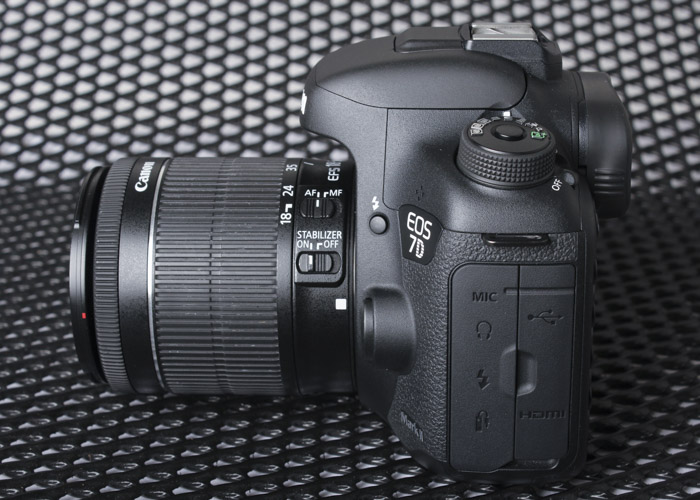 The 7D Mark II has a large battery which gives it 670 shots on a single charge (CIPA rated), and comes with dual card slots, (1 CF and 1 SD) letting you have instant back-up of your images, the option to keep video and stills separate, or just plain extra storage for long photography sessions. Autofocus is snappy and accurate for stills and very much improved for video. It seems Canon’s Dual-Pixel autofocus system (first seen on the EOS 70D) works as just advertised, and the intelligent tracking system seemed to work well most of the time.