Prices of the new Series 6 start at S$599, which is the same as Series 5. Not all of Series 6’s headline features are a direct result of hardware updates. Some, like sleep-tracking, are made possible by watchOS 7 and are consequently are available on other models. So, let’s begin by talking about the features that are exclusive to this watch because of its new hardware. 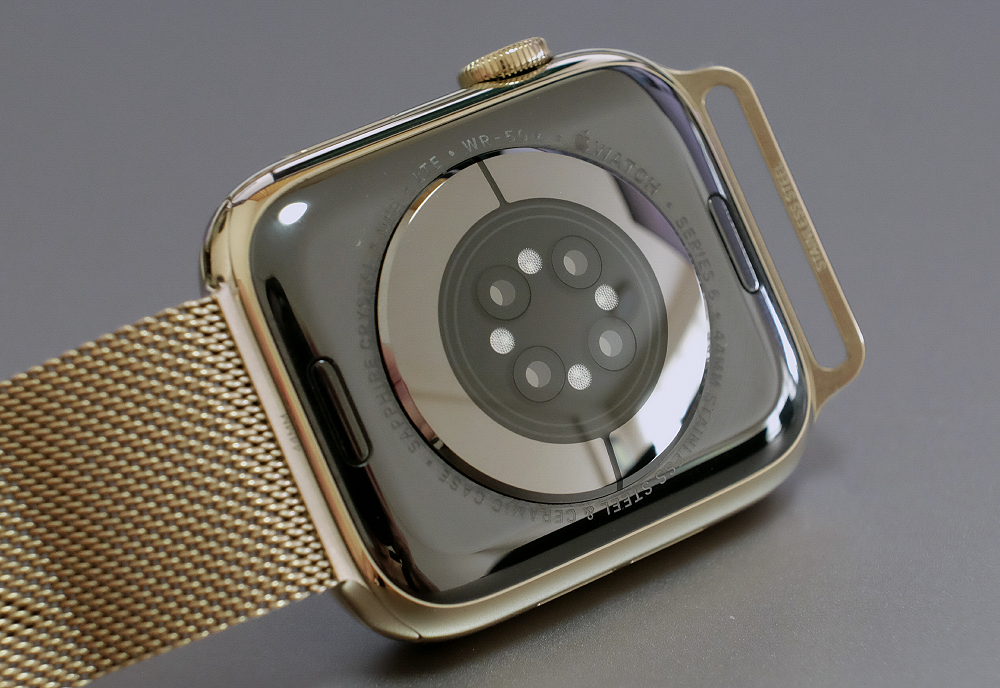 We begin with the new sensor on the back. It still measures your heart rate and it’s still capable of giving you an ECG reading, but it now features red and infrared lights which it uses to measure your blood oxygen level (similar to a pulse oximeter). It’s easy to get a reading. Simply open the new Blood Oxygen app and keep still for 15 seconds and the watch will give you your results. It's quite fussy so you'll have to stay quite still to get a proper measurement. The app also takes readings in the background.

However, unlike the ECG function, this particular feature wasn’t cleared with the US FDA or Singapore’s own HSA (Health Sciences Authority). Meaning, it’s not a medical device and you shouldn’t rely on it if you need accurate measurements.

At this point, the cynics will say, “It’s useless, then.” Well not exactly, because as accurate as the ECG function on the Apple Watch is (clinical studies conducted by Apple found the ECG app to demonstrate 98.3% sensitivity in classifying AFib and 99.6% specificity in classifying sinus rhythm), you still shouldn’t rely on it for a definitive verdict and it’s no substitute for a doctor.

Having said that, I’m of the opinion that every bit of health monitoring helps – even if the sensors aren’t 100% accurate – since it could lead to early detection of problems and that’s often critical. I would welcome any kind of new sensors or health monitoring feature, as long as care has been taken to implement it. 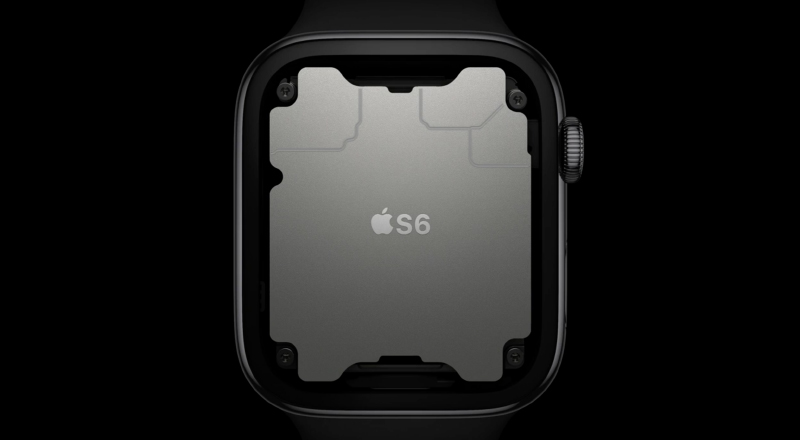 The second big hardware update is the new S6 chip that powers it. This new processor is based on the A13 Bionic in the iPhone 11 and Apple claims it’s up to 20% faster. I can’t say if it’s exactly up to 20% faster but the difference is noticeable. Apps launch more rapidly and the watch feels noticeably more responsive. The S6 chip also supports faster 5GHz Wi-Fi. It’s nice to have but I’m not sure how beneficial this is, since it’s not like you can stream videos directly to the watch.

It’s more efficient too and this has allowed Apple to direct energy to other areas like the display. The always-on display in Series 6 can get up to 2.5 times as bright (500 nits vs. 200 nits) as Series 5, making it easier to see at a glance especially in bright sunlight.

Battery life remains the same at a claimed 18 hours. Unless you go on a long run with the GPS activated or use cellular connectivity a lot, I think that figure is just about right and it will get you through a day with no problem. One crucial improvement is that the S6 chip allows for faster charging. It gets from zero to 80% in an hour, and a full charge takes around 90 minutes. This is handy if you want to take advantage of the new sleep tracking function that comes with watchOS 7 because it needs at least 30% charge to enable.

In addition to the S6 chip, Series 6 also features a U1 chip. This chip is also found in the iPhone 11 and iPhone 11 Pro and it uses ultra wideband technology for directional and spatial location. There’s not much practical use to the U1 chip now but it’s long been rumoured that Apple is working on a tracker and that the U1 chip will have a role to play in that. We’ll just have to wait and see.

What about Watch SE? 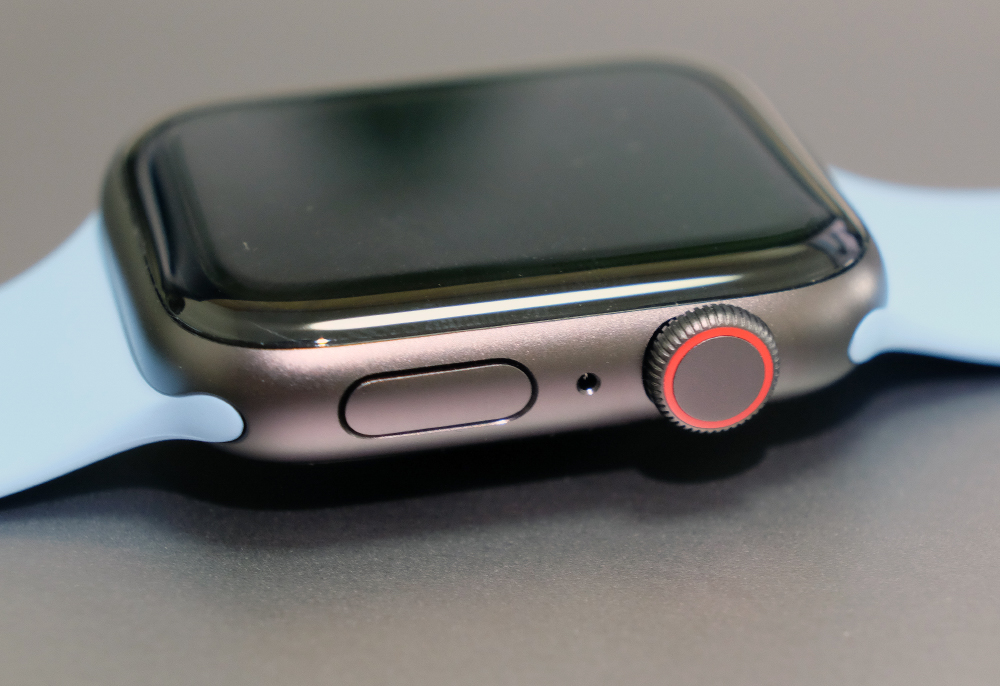 Apple Watch SE is essentially a more affordable version of Series 6. It has the same design but it’s only available in aluminium and it’s powered by the older S5 processor (same as Series 5). Crucially, it has most of the features of Series 6, including the heart rate sensor, always-on altimeter, GPS, and more. However, it is missing some key features to keep prices low. Prices start at S$419 for the Apple Watch SE versus S$599 for the Series 6.

For the sake of brevity, here’s are the key features missing on the Apple Watch SE.

And that’s about it. Yes, it’s missing some really key features but other than the above, it does everything else the Series 6 does. If you think none of the above features is important, then the Apple Watch SE is the obvious choice. 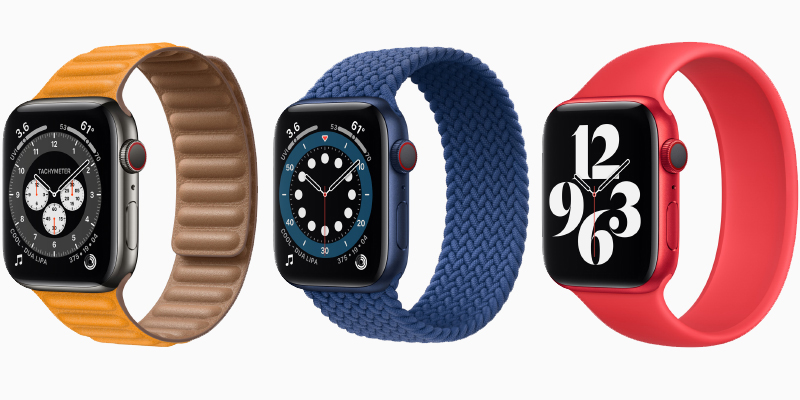 Apple also announced three new watch bands. What’s notable about these bands is that they secure around your wrist without the use of clasps or buckles. The first is called the Leather Link, which is a leather band that has moulded magnets in the strap. It’s like the old Leather Loop band but without the loop component.

Because the Solo Loop and Braided Solo Loop have no clasp or buckle and are essentially just one piece of material, sizing is critical. If it fits loosely and the sensors on the back of the watch won’t be able to get an accurate. On the other hand, if it’s too tight, it’ll be uncomfortable to wear for long periods. Also, it bears mentioning that these two new straps are designed for use with Apple Watch Series 4 and above (remember, Series 4 introduced a new case design). You could strap them to older watches but the measurements will be off and they won’t fit as well.