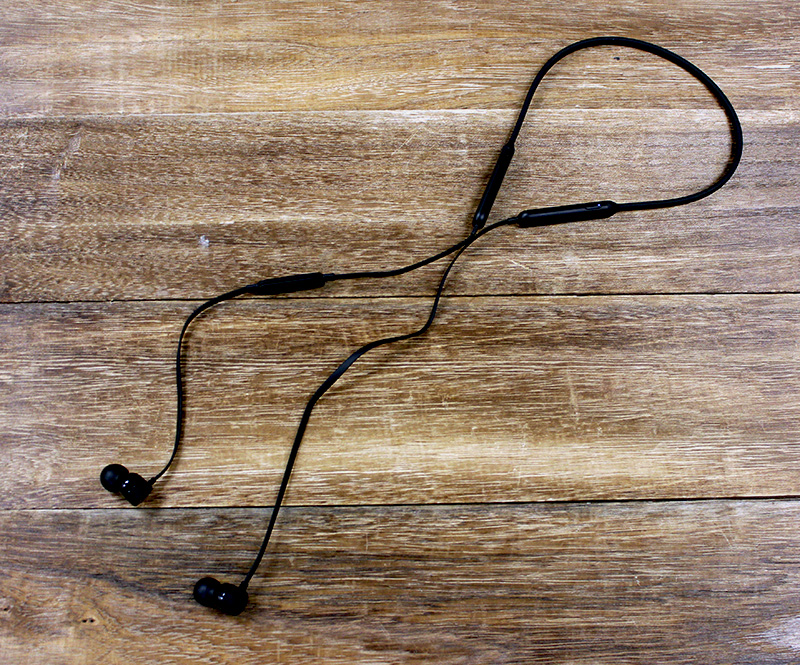 The BeatsX are the latest Apple W1-equipped headphones to be released. Clearly designed for more sporty use, they are neckband-style in-ear headphones. Like most other Beats products, the BeatsX are available in a variety of colors. Ours came in black, but there’s also white, gray, and blue.

The BeatsX are packaged neatly and come with just about all the accessories one could ask for. There’s a compact carrying case, three additional ear tips, and even two wingtips for the times when you need a more secure fit. Make sure to try out the tips to get a good fit because that’s crucial to getting the best sound quality. Unlike the Powerbeats3, the BeatsX are not rated to be sweat or water resistant. Even so, taking them for short workouts shouldn’t be too much for a problem. 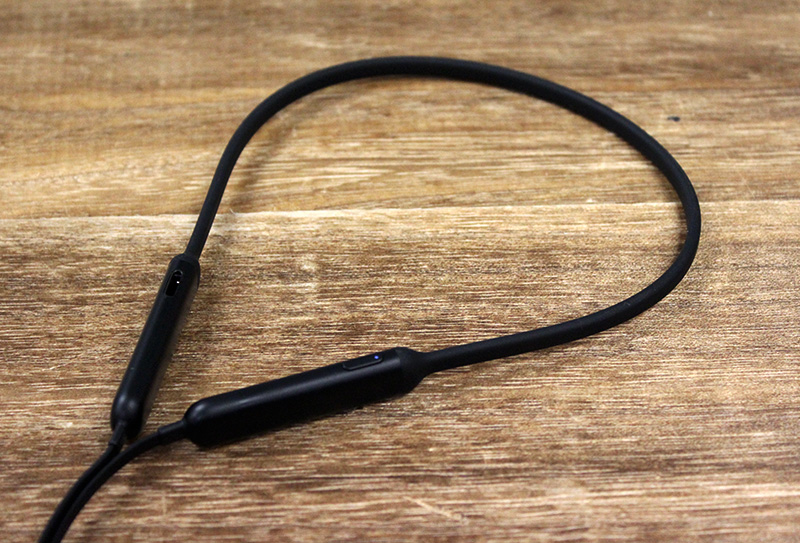 For readers new to neckband-style headphones, you wear them by placing the band that connects the two headphones over your neck. This way, when you remove the headphones, they can rest and dangle from your neck. The BeatsX headphones themselves are magnetic, so you can attach them together to form a necklace on your neck. It also helps to keep them tangle-free when you store them away in the carrying case. 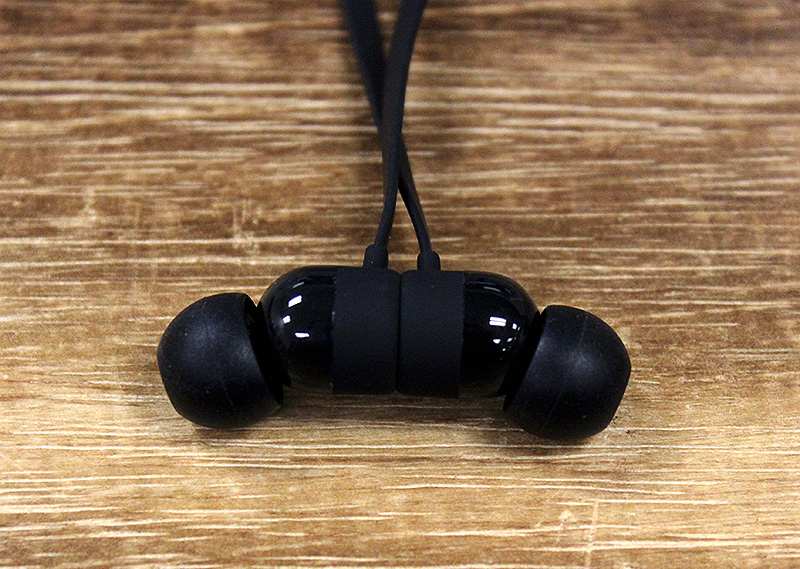 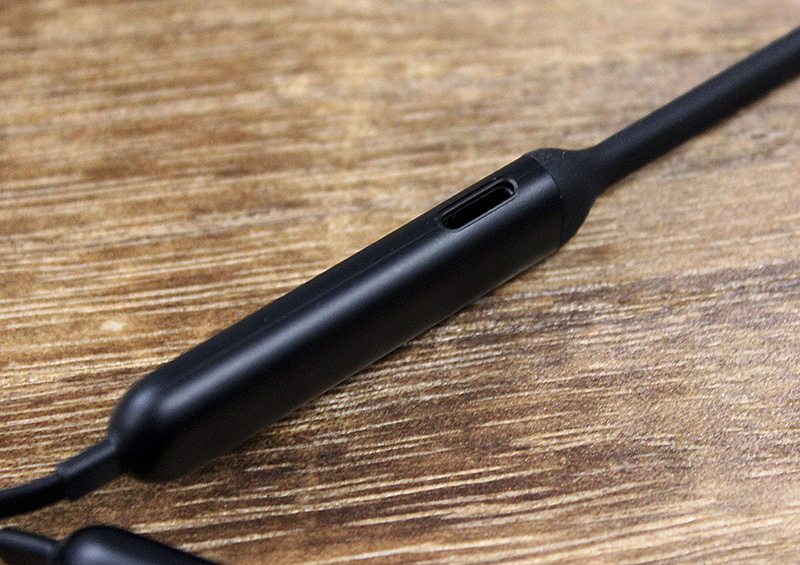 Near the left headphone is an inline remote with three buttons for controlling playback, volume, and activating Siri. Further down the left side and closer to the middle, there’s a housing with a Lightning port that is used for charging. This means you can use your iPhones charging cable to charge the BeatsX. Beats claims a battery life of 8 hours for the BeatsX. The headphones also feature Fast Fuel, so a quick 5-minute charge is enough to give the BeatsX 2 hours of playback. A full charge, according to Beats, takes about 45 minutes. Thanks to Fast Fuel and the BeatsX rather decent battery life, the BeatsX never ran out of battery on me during my use.

Since the BeatsX are equipped with Apple’s W1 chip, pairing it with my Apple devices was a breeze. Turn it on for the first time near an unlocked iPhone and a pop-up will appear prompting you to pair the BeatsX. Confirm that you the two devices paired and that’s it. And in about a minute or two, I can also see that the BeatsX have been paired with my MacBook Pro and iPad. This is what I love most about the W1 chip. 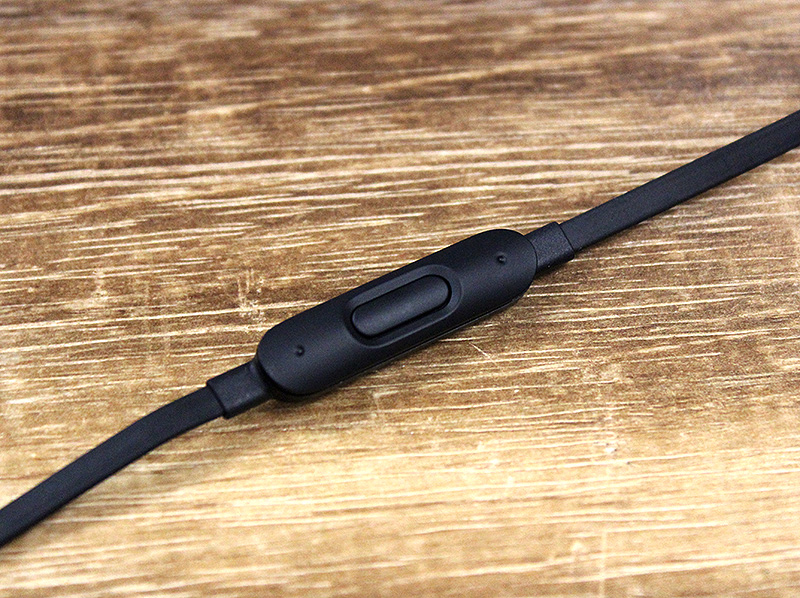 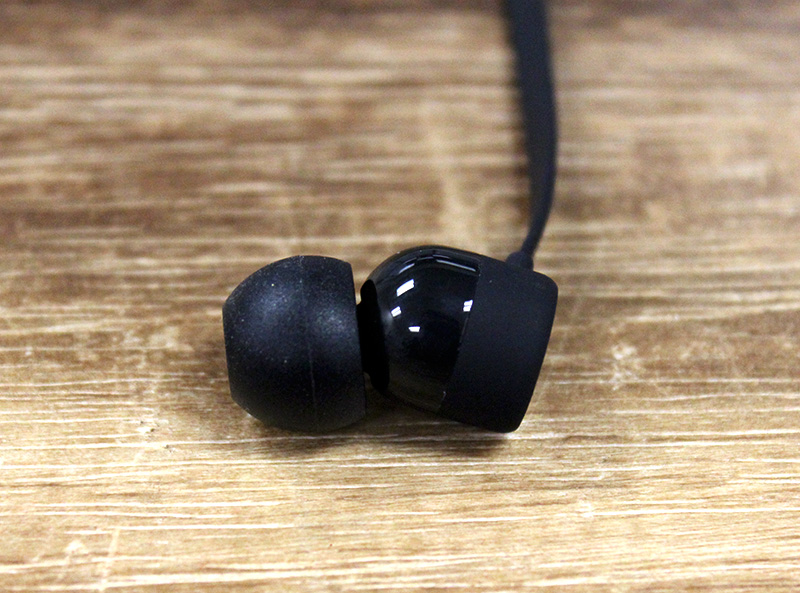 I suppose you could say that the BeatsX has the typical Beats sound signature. There is ample bass, but I won’t call it overpowering, just overemphasized. Fortunately, the bass is punchy and fairly clean and doesn’t muddy the rest of the sound too much. Mids are slightly recessed and so vocals and strings end up sounding a little distant, but there is also some unevenness here, which results in a harsh and somewhat piercing sound. This is most evident on some female vocals and some percussion instruments. Nevertheless, I found the bass-heavy sound signature to be appropriate for working out as it offers more motivation especially when paired with the right tracks.

At S$198, the BeatsX are currently the most affordable Apple W1-equipped wireless headphones that you can buy. And if you don’t mind in-ear headphones (I know a lot of people who do), I consider the BeatsX as the more value for money option. You do lose some of nifty functions of the AirPods, but as in-ear headphones, the BeatsX provide better sound isolation, and, to me at least, have a better and more full-bodied sound.