In Apple TV+'s Fireball, Werner Herzog turns our eyes towards the cosmos

In Apple TV+'s Fireball, Werner Herzog turns our eyes towards the cosmos 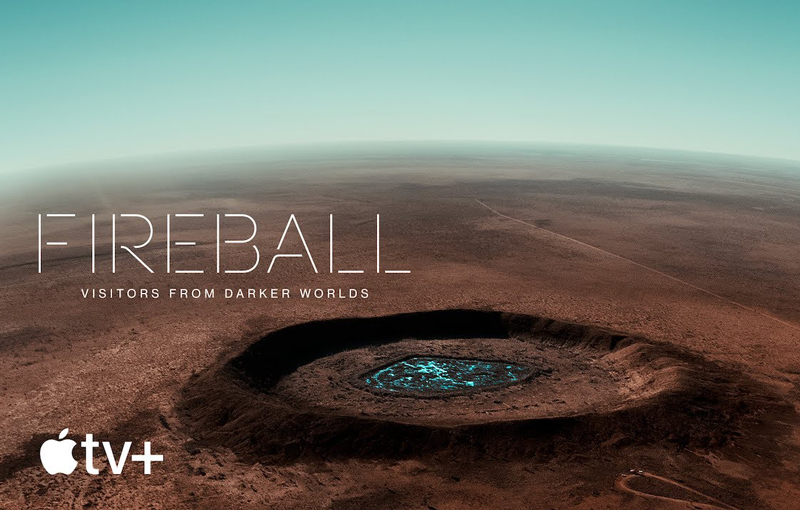 This is a different kind of alien movie.

Apple TV+’s latest documentary movie comes from Werner Herzog and Clive Oppenheimer - a duo last seen in Herzog’s Encounters at the End of the World and Into the Inferno. This time around, Herzog is working with Oppenheimer to examine visitors from outer space - ones that visit us in the form of fireballs. Meteorites, in other words. Clumps of debris that rain down from the cosmos and according to this documentary, will kill us all one day.

Herzog goes behind the camera in Fireball: Visitors from Darker Worlds, carrying us through with his strangely soothing Bavarian-accented narration. Instead of getting down in the nitty gritty science of what meteorites are, how they work and who studies them (all of which is briefly touched on here), Herzog zooms out a little and examines their effect on us instead. The documentary hops from country to country, looking at how much these space rocks have impacted cultures all over the world.

I haven’t seen too many of Herzog’s documentaries. Regrettably, he’s most recognisable to me as the man who described Baby Yoda as, “heartbreakingly beautiful.” He seems like a man who loves a great deal of strange things, and that passion shines through here. One of the first things he shows us is a series of videos capturing a fireball-like meteor tearing through the sky as it falls to earth. Herzog remarks that the videos look virtually indistinguishable from science fiction, and he’s absolutely right. It’s quite stunning to watch an actual fireball streak down from above, and it works as the perfect opener to a movie that seeks to spark your imagination.

There’s a very specific quality that Herzog brings to this documentary. While Oppenheimer acts as the face of the movie, interviewing subjects in front of the camera, Herzog is invisible save for the narration he provides. Yet, his passion shines through. At one point, the documentary suddenly cuts away to a clip of the movie Deep Impact, a sequence that Herzog calls, “beautifully done.” During an interview with a scientist who says that parts of our DNA are extraterrestrial in origin, Herzog quips, “I’m Bavarian. I must be made of something else.”

It’s clear that the makers of this movie are playing things fast and loose with typical documentary structure, and that’s oddly endearing. There’s a charm to it. Herzog doesn’t seem overly interested in what these space rocks are made of and where they come from (hint: it's space). That seems to be Oppenheimer’s territory. He chooses to focus in on what humanity makes of them, and seeing as we come in such a colourful variety, there’s a lot to dissect there. At one point, the documentary cuts to phone footage of crowds of Muslims in the Great Mosque of Mecca, reaching for the Black Stone of the sacred Kaaba. He implies that it’s likely a meteor - though there is no solid scientific backing behind that claim as of yet.

He’s just asking a question. What if? That’s all of Fireball in a nutshell - asking questions, and leaving the answers for someone else come up with.

What killed the dinosaurs? 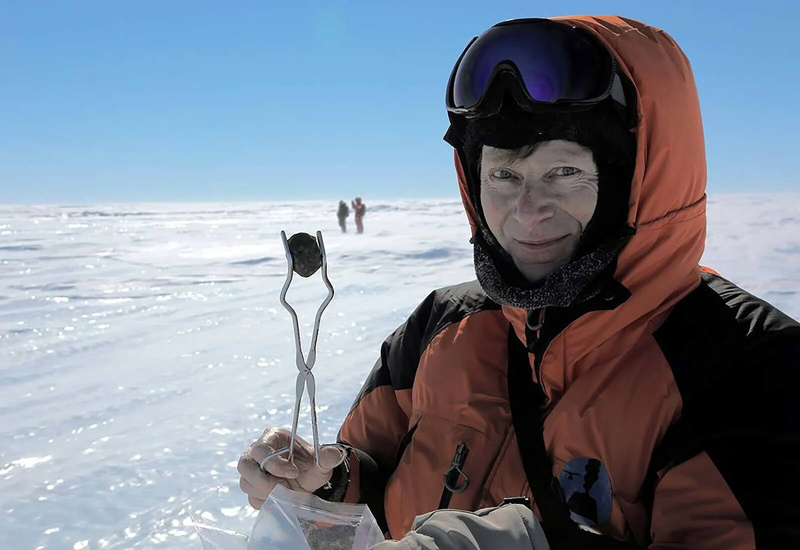 I wasn’t expecting Fireball to be as enthralling as it ended up being. Herzog has a way of making mundane things seem extraordinary. He attaches magic to meteors, describing them as if he were in the midst of writing a power ballad. There’s so much enthusiasm for the subject material here, and it’s infectious. Herzog travels all over the world with Oppenheimer, looking at people whose lives have been impacted by meteors. He’s essentially meeting a whole bunch of people who are just as, if not more, interested in meteors as he is - which results in some pretty interesting exchanges.

One of these interviews happens with Brother Guy Consolmagno, an astronomer who looks after the Vatican Observatory in Italy. He’s a really animated talker, and listening to him describe his love of science and what falls from the sky is far more interesting than it might sound at first. When Herzog asks him what he might do if a meteor comes down to destroy the planet, the scholar smiles and replies that everyone in the building would be praying pretty hard. They’ve found some great interview subjects for this film.

There is no neutral detachment from the subject material here. Almost everyone you see and hear is head over heels with meteors and the mysteries of space. We go to the Australian desert, where Herzog visits a site that once saw a huge meteor impact, leaving a sizable crater in its wake. We also go visit the people behind the Planetary Defense Coordination Office, who keep an open eye for incoming meteors at all times. If something’s coming from space to kill us, they’d be the first to know.

We see a Day of the Dead celebration, where those in Mérida, Mexico perform a, “fireball ritual.” Towards the end, people in a small island perform a ritualistic dance that hasn’t been performed in decades. This documentary goes everywhere, touching on science and spirituality equally. It examines those who have either dedicated their lives to meteors, or been impacted by them in some way - even if it was hundreds of years ago. The storytelling here isn’t tight and the pacing is rather frantic, but there is a compelling purpose behind it all. 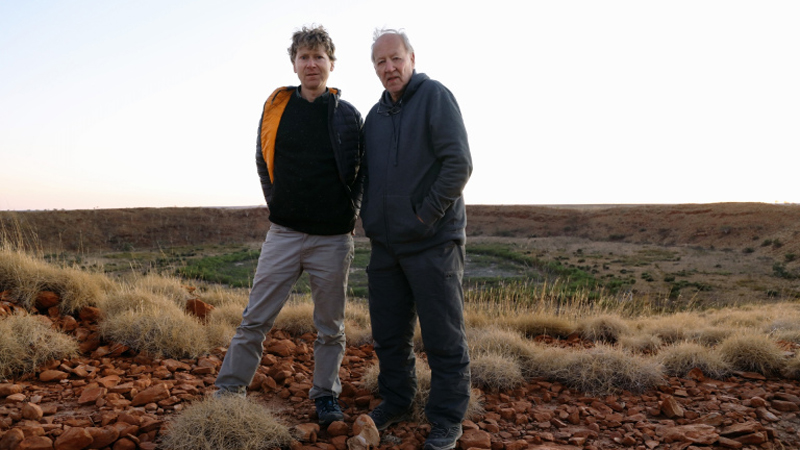 Apple TV+’s Fireball is a surprisingly light watch. We’re taken on a journey across the world to examine meteorites, but it deliberately chooses not to get bogged down in mundane details. There is a shallow amount of information to be found here on the subject material, so don’t expect to come out of this movie knowing everything there is to know about rocks from outer space. What Herzog accomplishes instead is showing us people from all around the world impacted by meteors in a stunning variety of ways.

I’m not sure that there’s any particular message or lesson to take away from Fireball. I think if you look out of your window tonight and wonder if the next blinking star is coming for you, Herzog’s done his job. Personally, in a list of the most insane things that have happened in 2020, a meteor hitting earth wouldn’t even crack my Top 5. Shoot your shot, meteor.

Fireball is now available to stream on Apple TV+ .