Apple iPhone 6 and 6 Plus: Bigger and better than ever

When Apple unveiled the iPhone 5S, one of its most significant upgrades was that it would be the first phone with 64-bit support, thanks to its A7 processor. A year on, and most consumers haven't noticed the difference. But while the potential of 64-bit architecture still hasn't been fully realized, that hasn't stopped Apple from bumping up the performance of this year's A8 chip. The dual-core A8 gets a modest clockspeed boost, going from 1.2GHz to 1.4GHz, which Apple says is good for a 25 percent increase in CPU performance, and a 50 percent boost in GPU output. Like the 5S, RAM remains at 1GB.

If those specs don't sound very impressive compared to the quad-core 2.5GHz Qualcomm Snapdragon 801 processors and 2 to 3 GB RAM most Android flagship phones come equipped with, remember that Apple's strength has always been the level of optimization between its hardware and software, something that Android manufacturers can only dream of, and something that isn't apparent from specs alone.

For this review, we'll be seeing how the 6 and 6 Plus fare against the most popular Android flagships out there: the LG G3, Samsung Galaxy S5 and Sony Xperia Z2. We'll also see how much better the A8 is compared to the iPhone 5S' A7.

Safari has always been well optimized for Apple's processors and it only continues to get better with the A8. Both the 6 and 6 Plus beat every other device, with the 6 boasting a slightly faster time. In actual web browsing usage, there were no noticeable differences between the two phones, with both providing a snappy and responsive experience.

The A8 chip delivered a 25 percent increase in performance from last year's A7, bringing the iPhones in line with the Qualcomm Snapdragon 801 processors. Strangely enough. despite having exactly the same specs, and with screen resolution taken out of the equation on the Unlimited benchmark, the 6 Plus consistently (albeit it marginally) outperformed the 6.

While the megapixel war rages on among manufacturers like LG, Samsung, Sony, and Microsoft, Apple apparently doesn't feel compelled to join the fray. Instead, it's kept to the same 8MP iSight camera as the 5S, with the same f/2.2 aperture lens and 1/3-inch sensor size. What it has added is 'Focus Pixels,' which is Apple's fancy term for Phase Detection Autofocus. This tech is used in many DSLRs, as well as the Samsung Galaxy S5, and enables faster autofocusing by using standard contrast detect to get you close to focus, and then phase detection, which compares the actual light received by the sensor to fine-tune the focus. Phase Detect is available on both the 6 and 6 Plus and results in lightning fast, accurate auto focus. Even in low light situations, we were impressed by how quickly the 6 was able to lock on.

The only difference between the two cameras is that the 6 Plus comes with Optical Image Stabilization (OIS), whereas the 6 is stuck with Digital Image Stabilization. OIS uses a gyroscope inside the camera lens to reduce blurriness from unsteady hands or other camera shaking. In use, we found the OIS especially handy in low-light situations and the 6 Plus consistently provided sharper images than the 6, despite identical conditions. 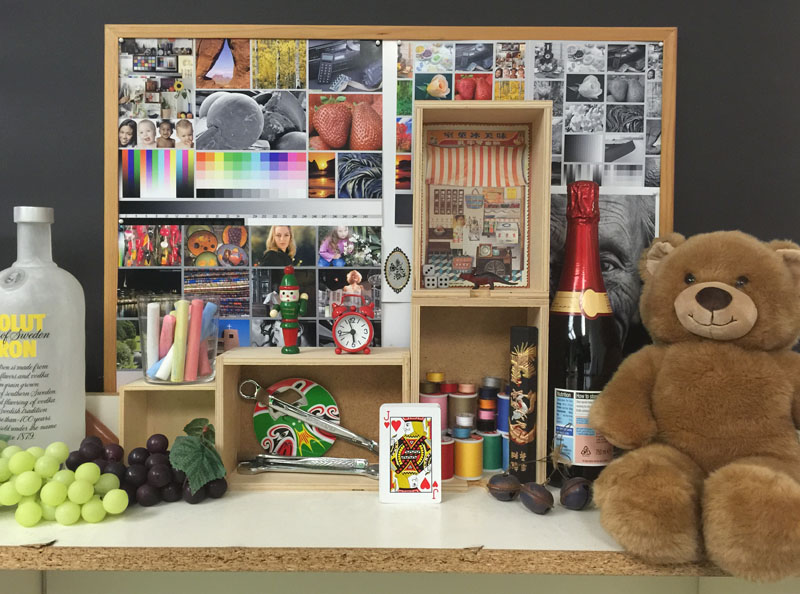 iOS 8 also added a bevy of new camera features, not just for the 6 and 6 Plus, but for all older compatible iPhones too. For more information on these, check out this feature. And stay tuned for our full in-depth look at the iPhone 6 and 6 Plus' camera, which will be coming soon.

Apple has taken full advantage of the 6 and 6 Plus' larger form factors to address one of the issues that has plagued previous iPhones: battery life. The 6 is fitted with a 1810mAh, 3.872V battery, which puts it much closer to the units found in similar Android smartphones, while the 6 Plus boasts a whopping 2915mAh, 3.82V battery.

As always, our standard battery test for mobile phones has the following parameters:

We expected the iPhone 6 to do better, but we were surprised by how much better it did, lasting a whopping eight hours in our battery benchmark. The 6 Plus did even better, outlasting every device we've compared here, and running for 8 hours and 42 minutes. As impressive as it sounds, the iPhone 6 Plus still can't trump the Samsung Galaxy Note 3 which has a higher capacity battery and a more efficient screen.

We measure the portability of a device by calculating its battery life to (weight x volume) ratio. As expected, the super thin and (relatively) compact iPhone 6 easily bested the competition in this metric, while the sheer size of the 6 Plus held it back. However, it still performed relatively well compared to other phablets like the LG G3. 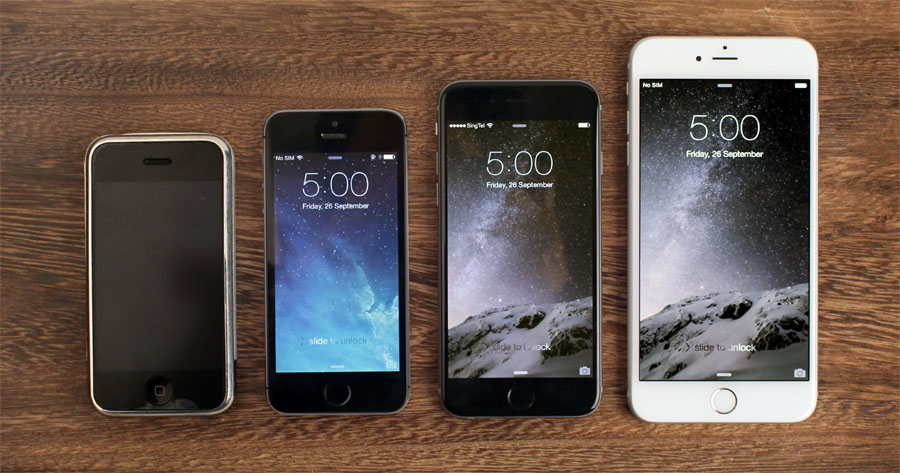 To some it may seem like Apple is playing catch up with the iPhone 6 and 6 Plus. After all, larger display sizes have been available on Android phones for years, and new features in iOS 8 like third-party keyboards and notification menu widgets have all been present in Android from day one. It's true too that the iPhone can't compete with the myriad of boundary-pushing (and occasionally gimmicky) features found on many rival phones, from LG's QHD and flexible curved screen displays, to Sony and Samsung's dust and waterproof builds, to Microsoft's 41-megapixel cameras, but ultimately it doesn't matter, because nobody does the core tenets of smartphone construction better than Apple. The combination of class-leading design, build-quality, camera-quality, system performance and navigation, and software-hardware integration is a formula that's hard to beat, and it's the reason why so many people keep coming back to Apple.

So yes, the iPhone 6 isn't revolutionary. It's a long overdue screen upgrade for Apple, and it also fixes some issues, like battery life, that have long been a sore point for previous iPhones. It isn't perfect either. The excessive antenna lines and bulging camera bump are unsightly, and it might just be too thin for its own good. But it is the best iPhone Apple has ever made, and it offers not just competitive, but leading performance as well as enough useful features to rival any phone out there. And now that Apple offers two screen sizes - three if you include the iPhone 5S - there's an iPhone to fit all size and comfort levels.

As for which iPhone is right for you, it really depends on your usage patterns. I will say this though, as good as they are, I don't think the extra battery life, higher resolution display and optical image stabilization are important enough features for to pick the 6 Plus over the 6. Get the 6 Plus because you'll make use of the form factor, and you watch videos or read a lot on your smartphone, not because its battery lasts 40 minutes longer and it takes better pictures in the dark.

For most people, the 6 will be the perfect size: it displays websites and videos on a large enough display that you don't need to squint to see what you're looking at, it will fit most people's hands, and it isn't so far removed from the 3.5-inch iPhone 4 and 4-inch iPhone 5 that it will feel completely foreign to long-time iPhone users. Personally, I've been carrying both phones around with me for the past week, but now that I've finished this review, which one will I continue using? The iPhone 6.