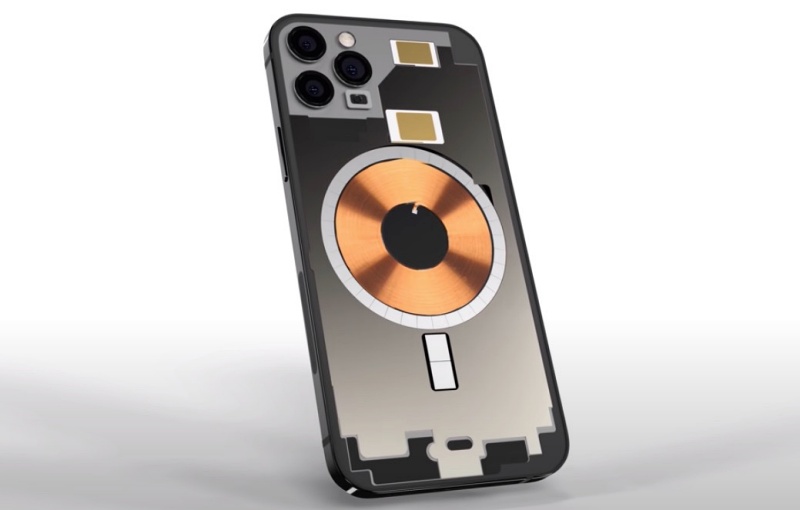 Apple introduced a magnetic charging system, MagSafe on the iPhone 12. The company utilises a ring of magnets on the back of the iPhone 12 to attach to accessories such as the MagSafe Charger. Will Apple be upgrading the MagSafe system on the new iPhones?

Tipster Max Weinbach seems to think so. He claims that there could be a "slightly bigger wireless charging coil in the iPhone 13 models" for better heat management, higher wattage and stronger MagSafe magnets. In addition, he thinks it could pave the way for reverse wireless charging in the near future.

For wired charging speed, Chinese site MyDrivers expects the iPhone 13 models to support up to 25W and Apple may release a new 25W power adapter as an optional purchase. The iPhone 12 currenly supports up to 20W wired fast charging speed.

The rumoured faster wired and wireless charging speeds could be a hint that bigger batteries are being planned for the iPhone 13. Tipster @L0vetodream, who has a solid track record of leaks on Apple, shared that the battery capacities of iPhone 13 models are up to 18% bigger than those of the iPhone 12 models. For example, the iPhone 13 Pro Max is said to have a 4,352mAh battery, a significant boost from the 3,687mAh on the iPhone 12 Pro Max. The bigger batteries could provide more juice for power-hungry features like 120Hz refresh rates and an always-on display.