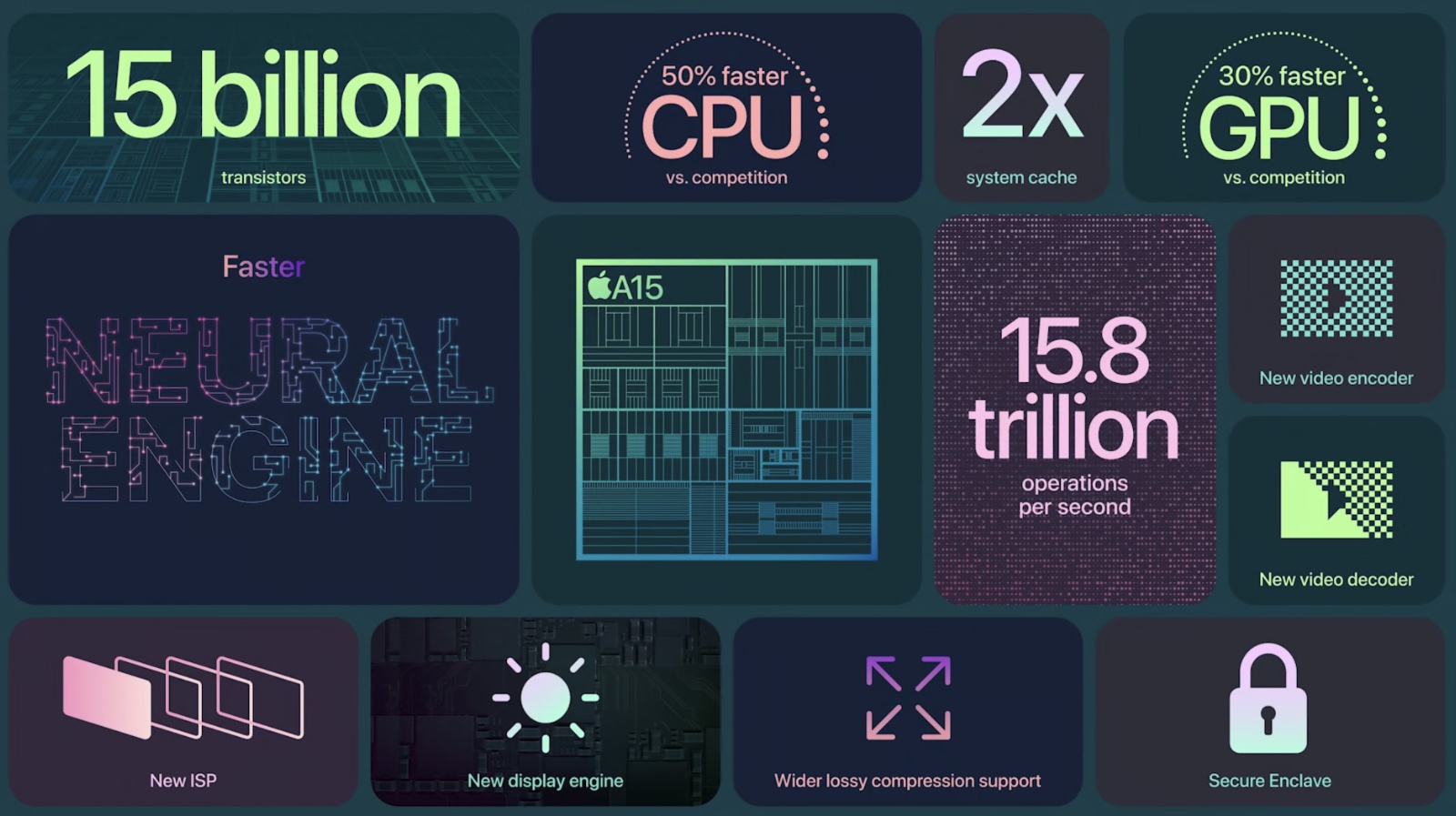 As with every generation of new iPhones, we have a new processor. Powering the new iPhones is Apple’s A15 Bionic chip. And as usual, Apple does not reveal much about the inner workings of its chips so here’s what we know.

It’s built on a 5nm process but it has a lot more transistors. It has nearly 15 billion transistors, which is roughly 27% more than the A14 Bionic. The CPU core configuration is unchanged so we have a 6-core CPU with two performance cores and four efficiency cores. Apple says the CPU is up to 50% faster than “the competition” but didn’t say who the competition specifically was. The GPU still has four cores but Apple says it’s up to 30% faster than “the competition.” Again, no idea who they are referring to.

A15 Bionic also has enhancements in other areas. It has a new image signal processor (Smart HDR 4), a new video decoder and encoder, double the system cache, and a new 16-core Neural Engine that is now capable of up to 15.8 trillion operations per second (up from 11 trillion operations per second). The Neural Engine is critical because the iOS 15 does a lot more processing on-device such as Siri and Live Text.

Also included in this analysis are scores from Geekbench 5's Compute benchmark which measures GPU performance across workloads that include image processing, computational photography, machine learning, and more. Geekbench says this benchmark approximates performance in apps such as cameras, image editors, and real-time renderers.

Geekbench scores are moderately impressive. Compared to the A14 Bionic in last year’s iPhone 12 Pro Max, the A15 Bionic in the new iPhones recorded about 6% higher single-core scores and 8% higher multi-core scores. Interestingly, single-core scores of the new iPhones were almost on a par with the M1 chip in the newest iPad Pro. There’s no doubt that these are the most powerful phones you can buy, but the leap in performance wasn’t as great as going from the A13 Bionic to A14 Bionic. 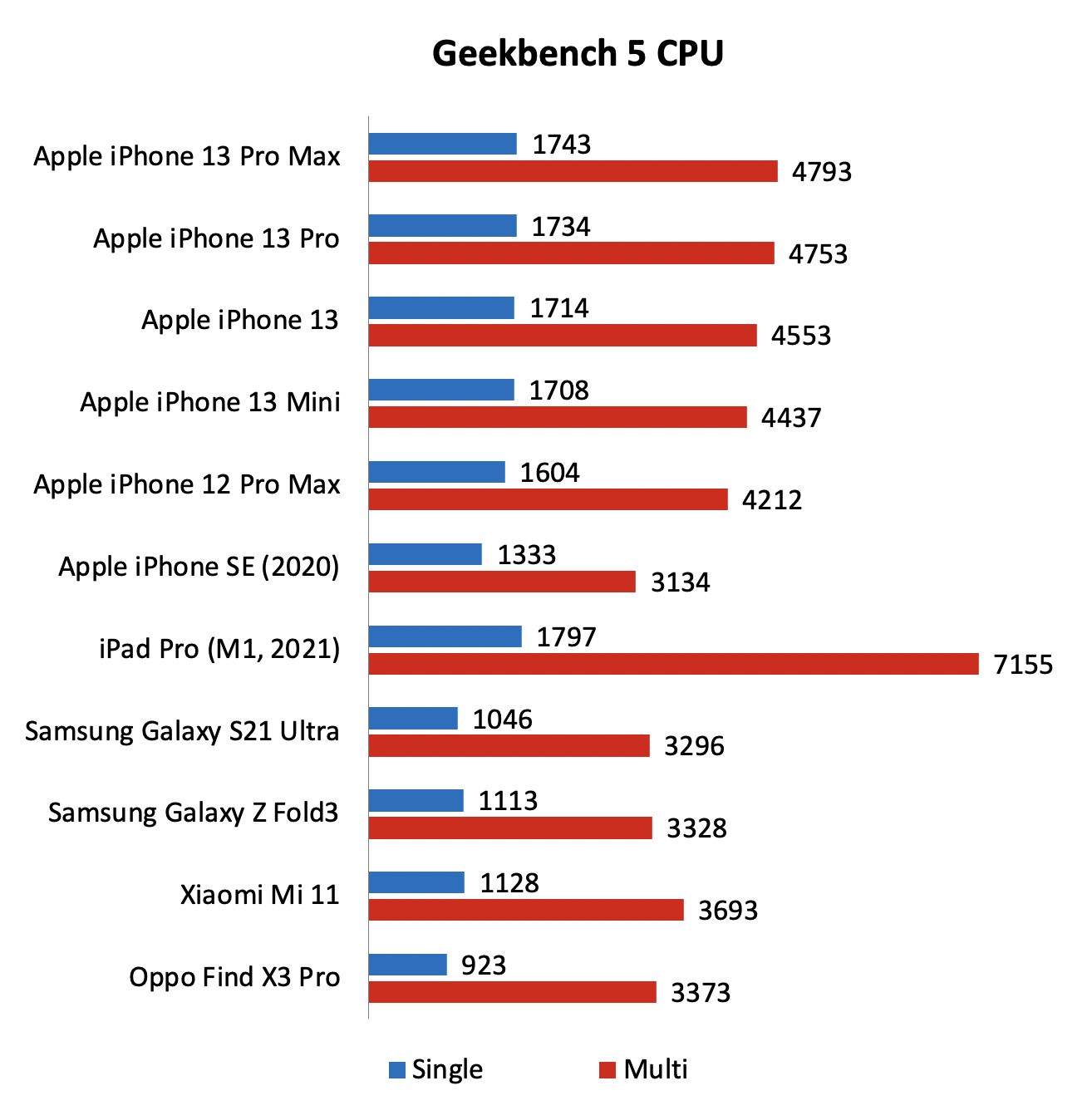 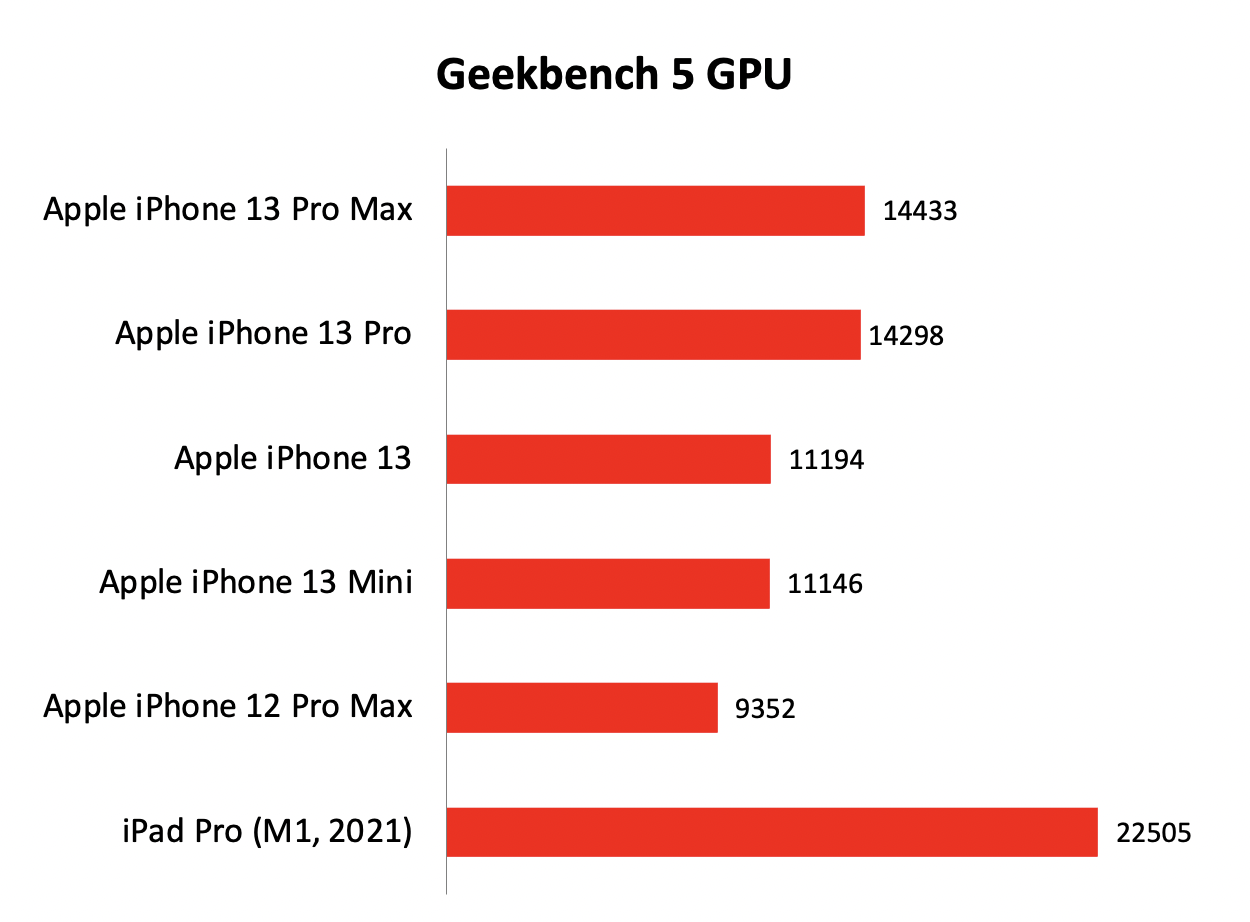 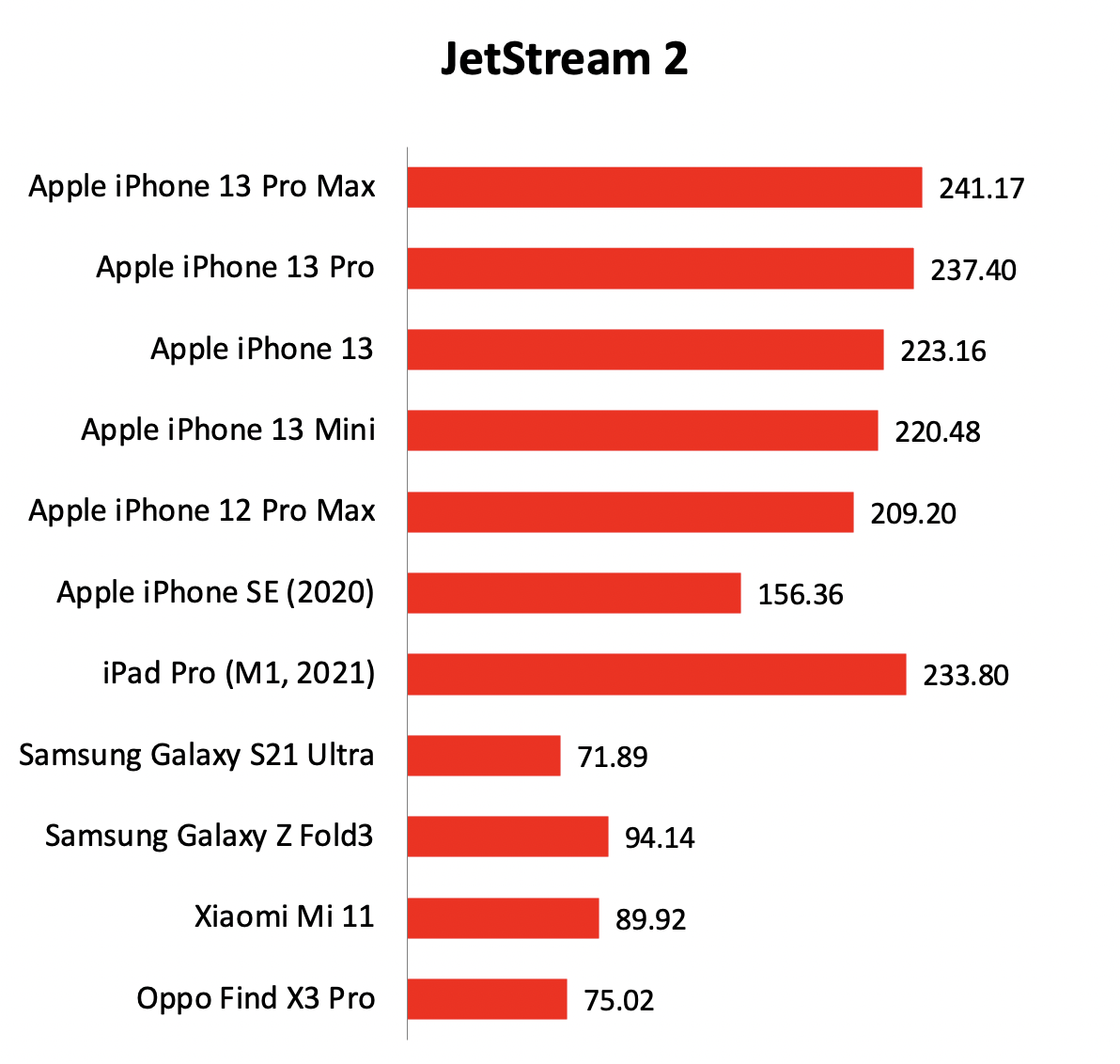 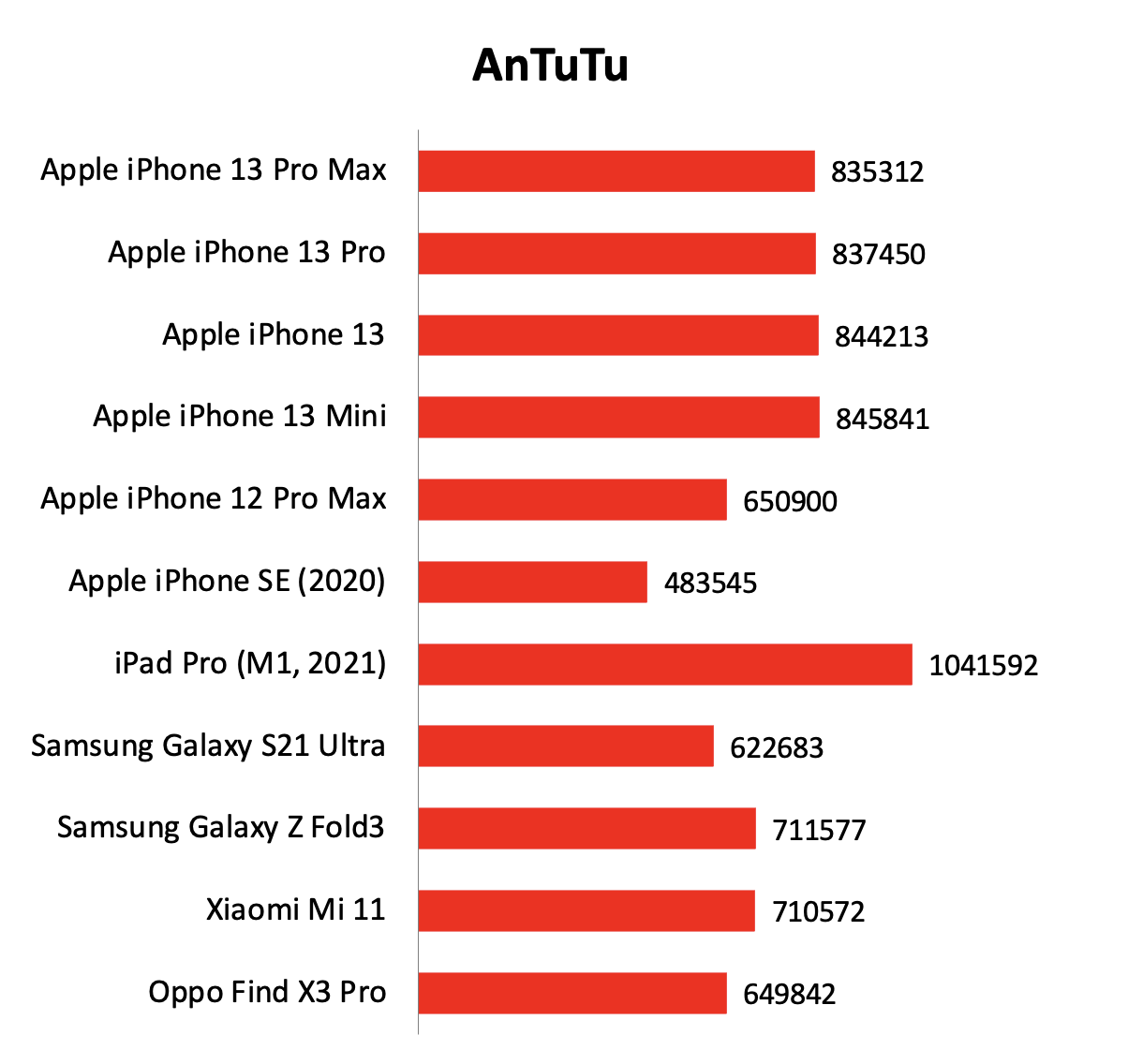 3DMark Wild Life is a new cross-platform GPU benchmark that was released only days before this review and it measures graphics performance on iOS, Android, and Windows devices. This means you can compare scores of devices regardless of platform. On iOS devices, it runs Metal; and on Android and Window devices, it runs Vulkan. This benchmark comes at a good time because prior 3DMark GPU benchmarks for mobile devices (like Slingshot and Ice Storm) are woefully old and use outdated graphics engines and rendering techniques. The benchmark is ran in Unlimited mode which renders the test offscreen and maximises the performance of the GPU. 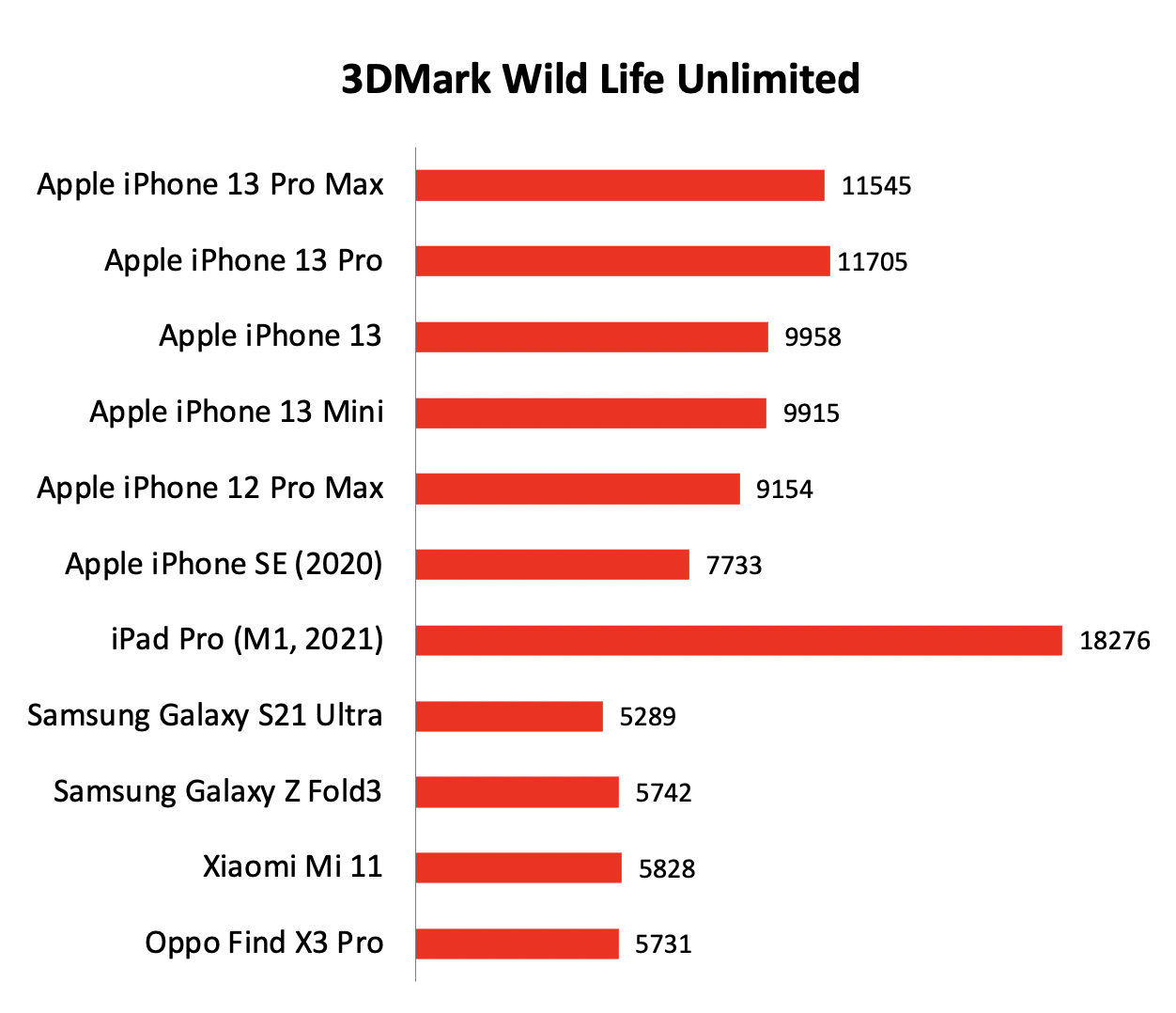 Thanks to larger batteries and more efficient components, the new iPhones will deliver better battery life. Here are Apple’s claims:

In our battery test, which is admittedly quite extreme given that we run the phones at maximum screen brightness, the gains are more modest. We saw gains from 10% to as much as 32%. Lovers of smaller phones will be happy to see that the iPhone 13 Mini gained over an hour in battery life in our tests. At 313 minutes, it lasted nearly as long as an iPhone 12. 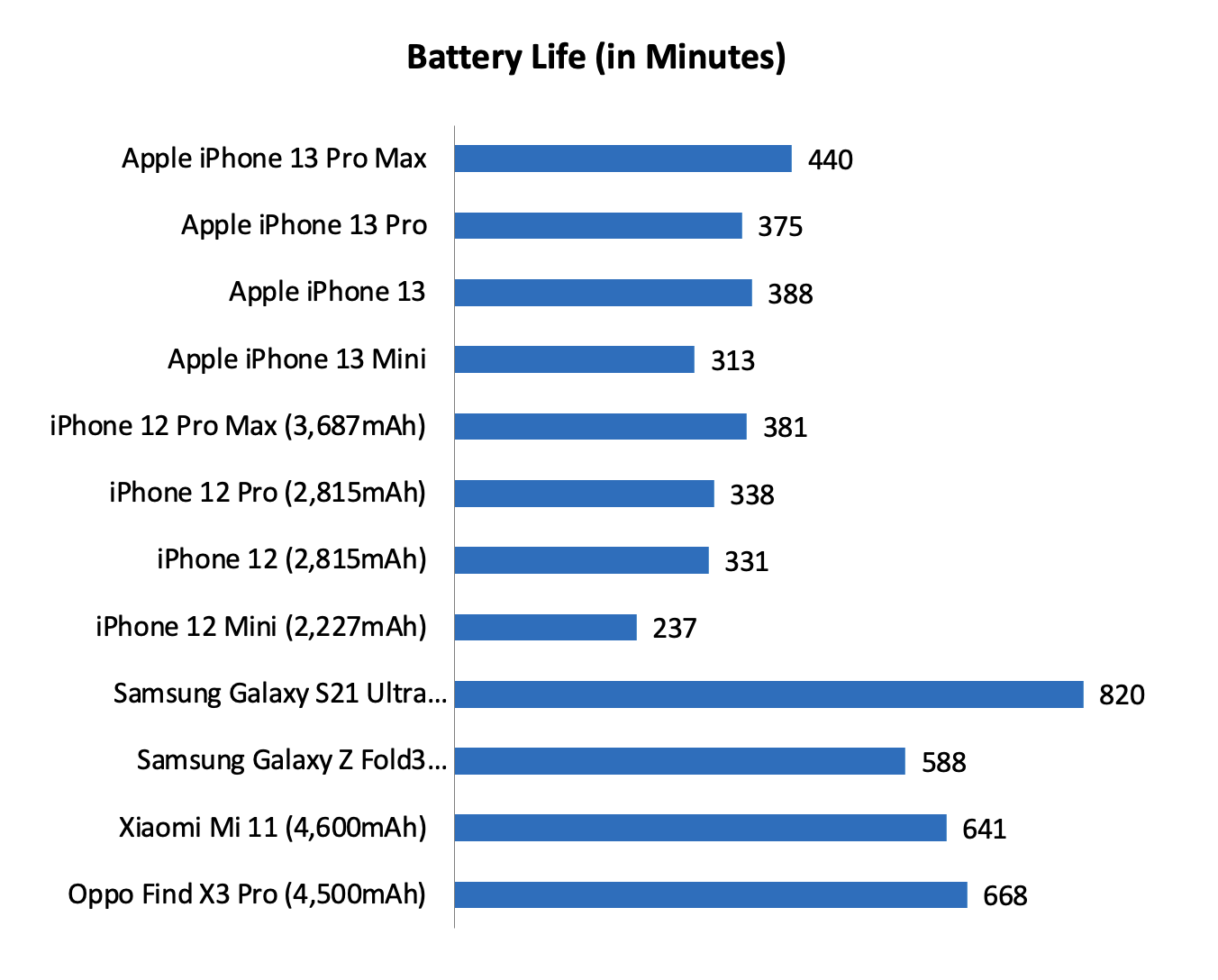