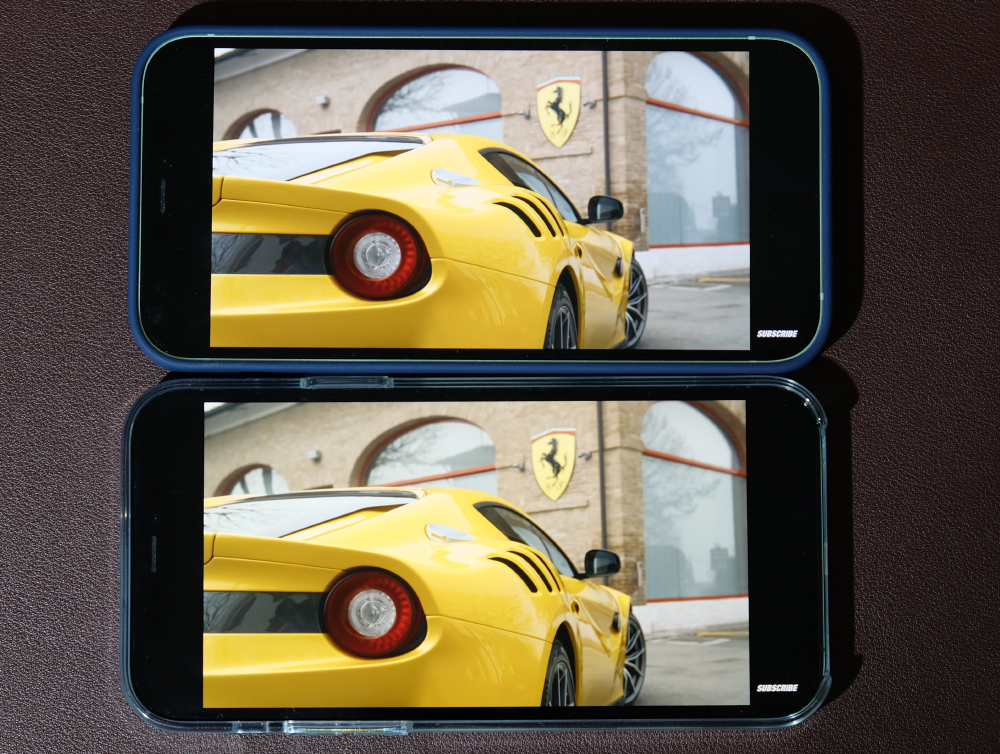 They are similar but not completely identical. The two are the same 6.1-inch large, have the same 2,532 x 1,170 pixels resolution, support for TrueTone technology, and the P3 colour space. However, the iPhone 12 Pro’s display has a higher typical brightness of 800 nits versus the iPhone 12’s 625 nits. But you can’t tell when you are just doing normal smartphone stuff like watching videos, reading emails, and browsing the web. More crucially, both displays can turn up to a maximum of 1,200 nits when HDR content is being shown on the screen. 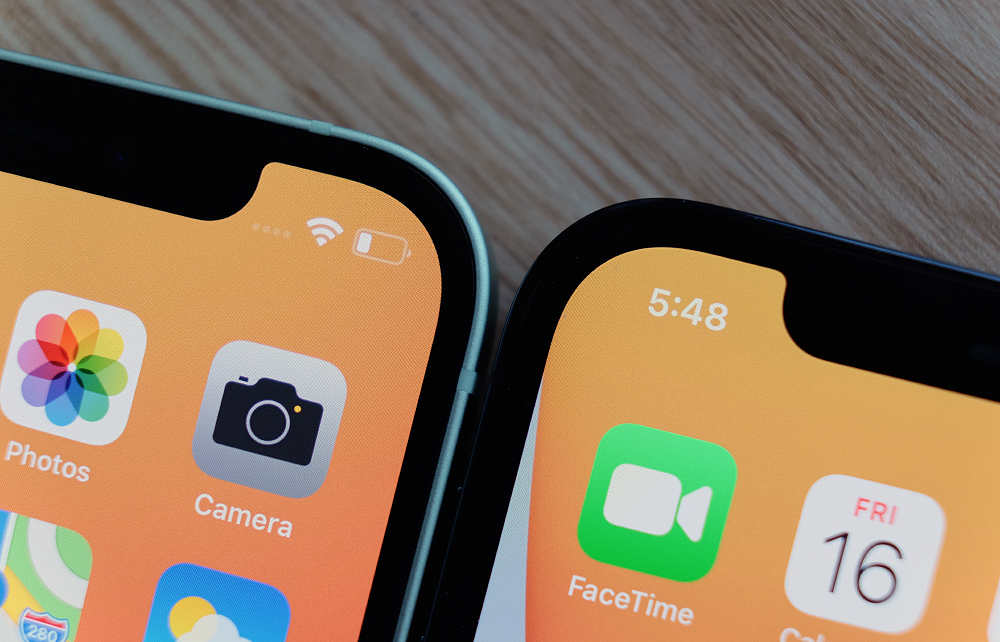 At any rate, the displays look fantastic. It’s everything you’d expect from a flagship-class device. Visuals are as sharp as a sushi master’s knife, colours are vivid, punchy and the display gets eye-searingly bright. Both devices support the P3 colour space and Apple’s TrueTone technology that adjusts the display’s temperature to match your surroundings. They also have measurably thinner bezels so they look more modern and fresh.

My only complaint is the displays don’t feature Apple’s ProMotion technology, so refresh rates are limited to 60Hz. Admittedly, higher refresh rates compromise battery life and perhaps that’s something Apple doesn’t want to deal with, but the advantage is that they make the phone look and feel more fluid and responsive. This isn't a dealbreaker but having seen the benefits of high refresh rates on flagship Android devices, it’s a trade-off I’m willing to make. Some people also take issue with the notch. It’s not ideal but after three years, I have gotten used it. Besides, it’s hard to argue against the convenience and effectiveness of Face ID (at least when we are not wearing masks).

Since we are on the subject of biometric authentication, it bears mentioning that there’s no Touch ID support on these new phones, they continue to rely exclusively on Face ID. Ordinarily, this won’t be a problem but because most of us have to wear masks daily, having Touch ID support would be helpful. This is one of the reasons why I’ve been using the iPhone SE for the past couple of months. Besides, Apple has already shown that they can integrate Touch ID into a small button with the new iPad Air so why not have it on the new phones. Furthermore, support for both fingerprint and facial recognition is something many flagship Androids have, and it would be good to see Apple match them in this regard, especially during these times when we have to wear face masks.

The phones have stereo speakers. The speakers are next to the Lightning port at the bottom and in the notch at the top. They get impressively loud. If you are living in a typical 4 or 5-room apartment, they get loud enough that you can easily hear them. There’s noticeable distortion at maximum volume and the sound is too bright for my tastes, but for playing music or podcasts in the background when I’m doing chores, they more than suffice.

Apple spent a lot of time talking about 5G during the keynote so I quickly tested it at two areas. The tests were done with the following devices and networks:

And I tested them in two locations: outside Orchard Ion at the junction of Orchard Road and Scotts Road facing the underpass entrance, and at carpark 4 outside Leisure Park Kallang. 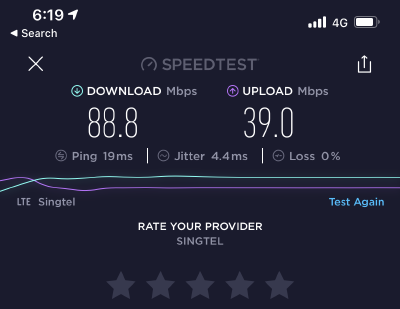 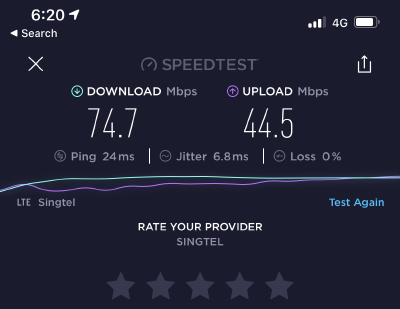 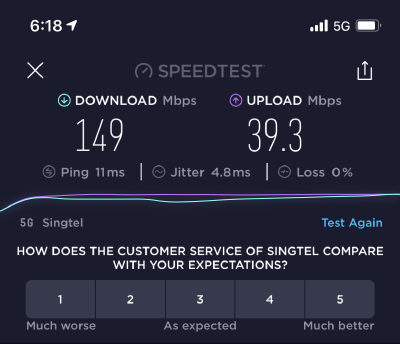 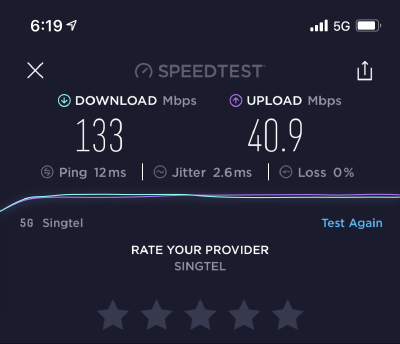 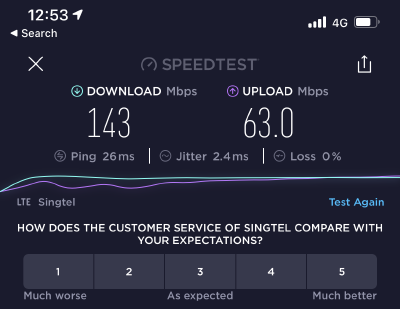 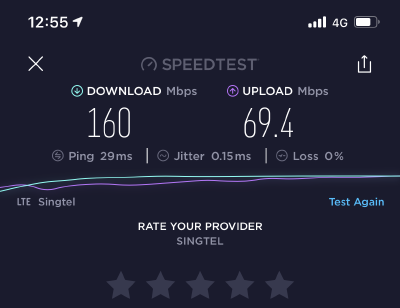 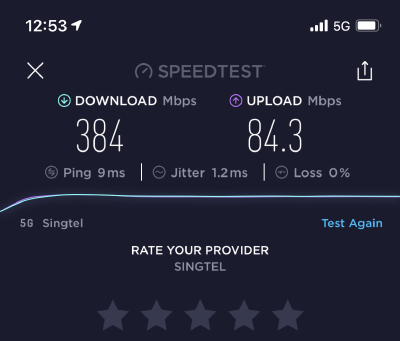 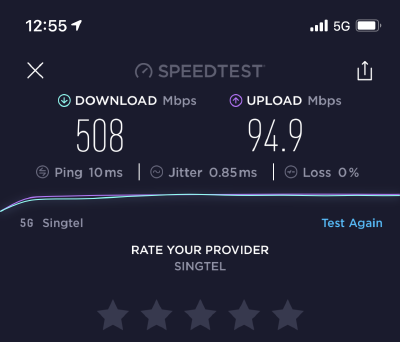 Though this isn’t an exhaustive test, the results speak for themselves, 5G was significantly faster.

But even though the benefits of 5G are very real, it’s not quite ready for the prime time in Singapore mainly because a) 5G coverage is still quite patchy and b) our 4G network performance is excellent. As much as we like to moan about our telcos, the fact is that our 4G speeds consistently rank amongst the highest in the world. Furthermore, the really fast version of 5G – mmWave – won’t be coming to Singapore until 2023 at least. In short, 5G shouldn’t be the deciding factor whether or not you upgrade to these new phones. At least, not this year.