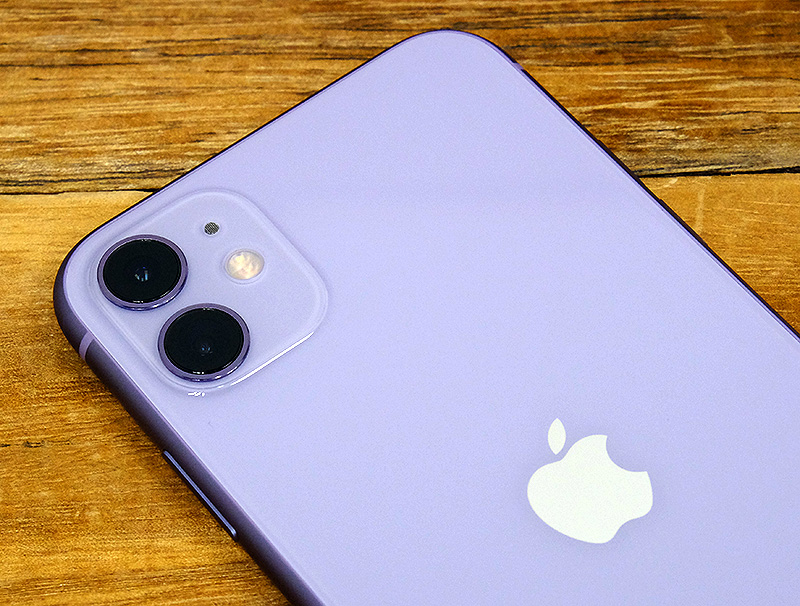 The front-facing TrueDepth camera has also been upgraded. It now shoots at 12MP, like the rear-facing cameras, and has a wider field of view which can be invoked simply by shooting in landscape mode, making it easier to take group selfies. Here’s a table summarising the phone’s camera systems.

It must be said that Apple is playing catch-up here as Android phone sporting triple-cameras systems are common these days and you can even find such camera systems on mid-range phones like Vivo V15 Pro. That said, Apple has implemented some UI updates to make the whole triple-camera experience a lot smoother.

To start, on the iPhone 11 Pro, you can easily select the camera of choice using a menu just above the on-screen shutter. You can even hold onto it and manually adjust the zoom/focal length using a virtual scroll wheel, which kind of feels like adjusting the zoom ring on a camera. Finally, you can now quickly take videos even if you are in photo mode with QuickTake by holding the shutter and flicking to the right. QuickTake allows you to the same and take photos in video mode. These little things make the camera app more pleasant and fun to use.

There's also a Deep Fusion mode that Apple's Senior Vice President of Worldwide Marketing Phil Schiller calls "computational photography mad science." In this mode, the phone takes up to nine images and uses machine learning and pixel-by-pixel processing of the photos to create the best possible image. It's not available right now and will only enabled via a software update later this year. It'll only work on the new 2019 iPhones because it requires the processing power of the A13 Bionic chip. I can't wait to see how that will work.

Note: We have been plagued with hazy conditions for the past couple of the days which has not presented us with ideal conditions for photography. As always, click on the images to see the original full resolution image.

Looking at the studio shots with the three cameras, you can see that the wide-angle camera easily offers the best images with good sharpness across the entire image and an image amount of detail. The telephoto camera isn’t half bad either but there’s a lot of detail lost in the wide-angle camera. Colours are noticeably off point in the telephoto and ultra-wide cameras too, likely from auto white balance correction. Also, the wide and ultra-wide phots taken by the iPhone 11 and iPhone 11 Pro are practically identical. 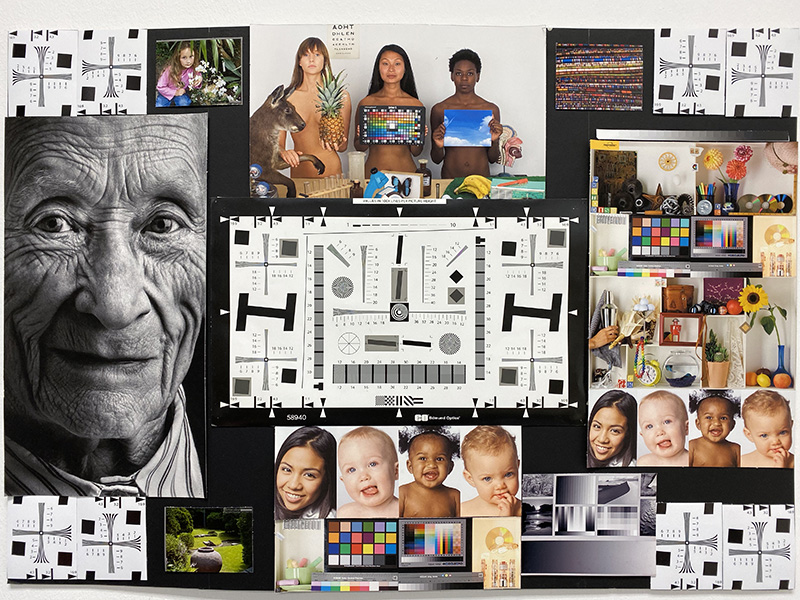 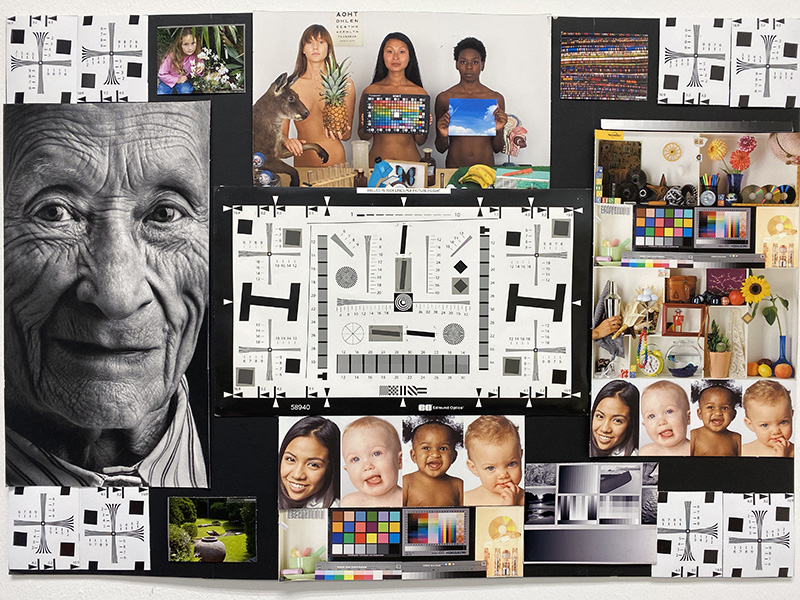 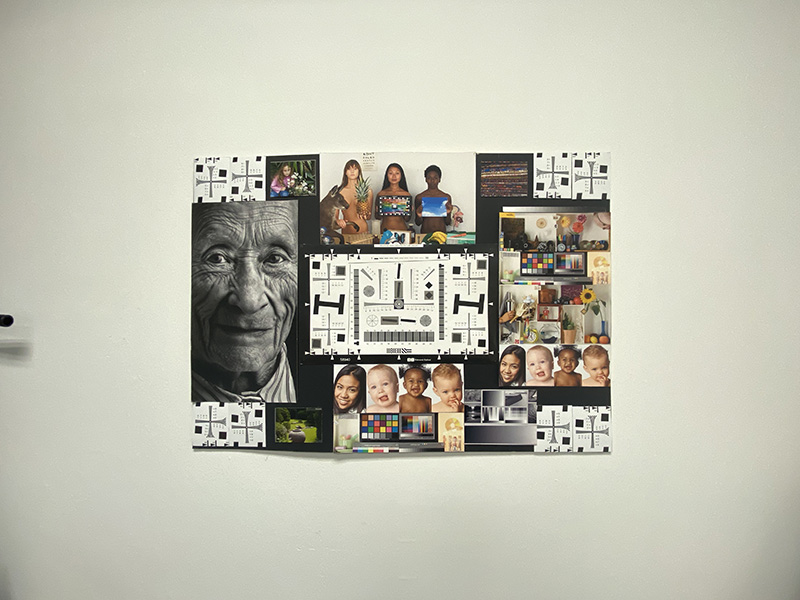 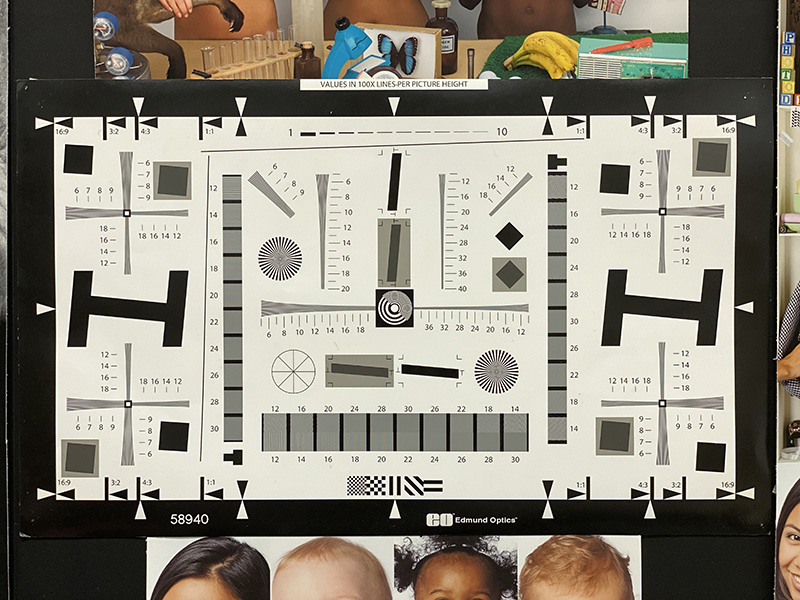 Now, Apple says it goes to great lengths to calibrate the cameras at the factory to ensure that colours are consistent regardless of the camera you use. As the following sample images show, colour consistency is good once you go outdoors. However, the ultra-wide camera showed significant detail lost across the entire image, especially at the edges of the photo, when compared to the other two cameras. It also exhibited some barrel distortion. That said, detail loss is something that plagues all ultra-wide cameras so this isn’t necessarily a fault with the new iPhones. Also, this loss of detail can be minimised as long as there’s sufficient light. 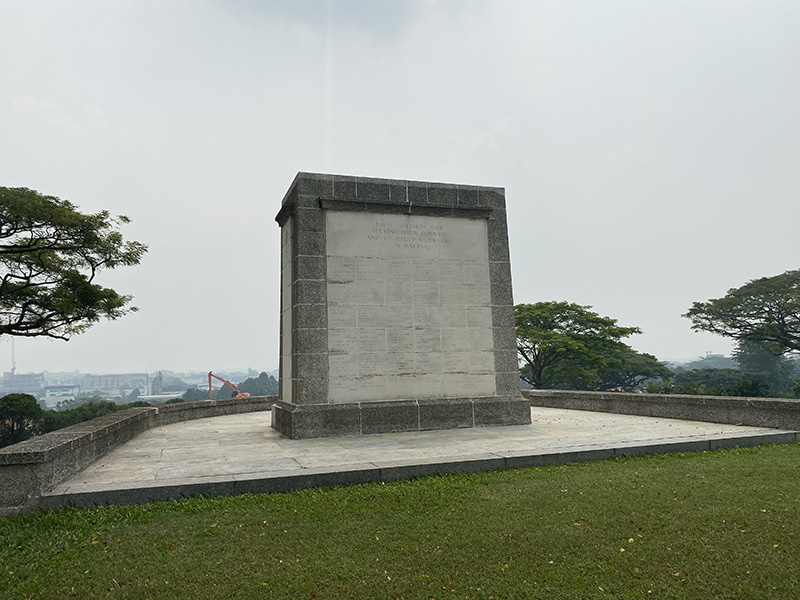 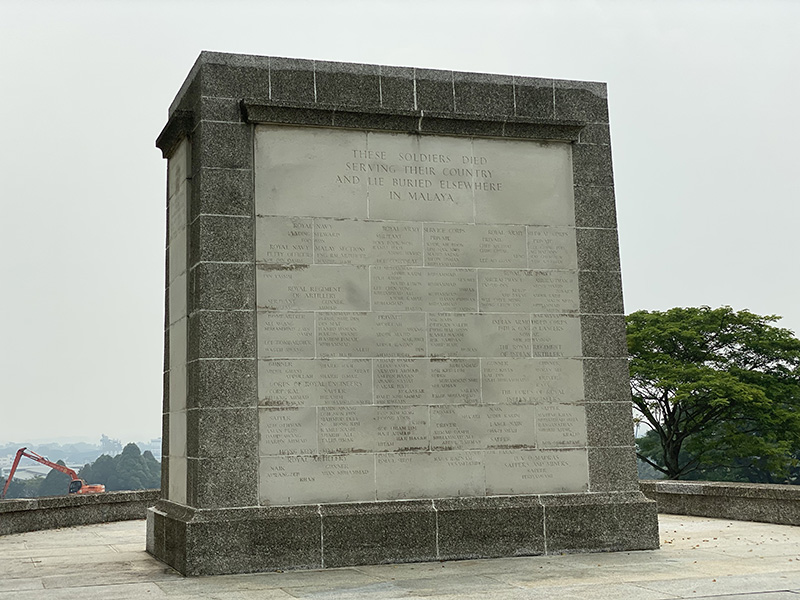 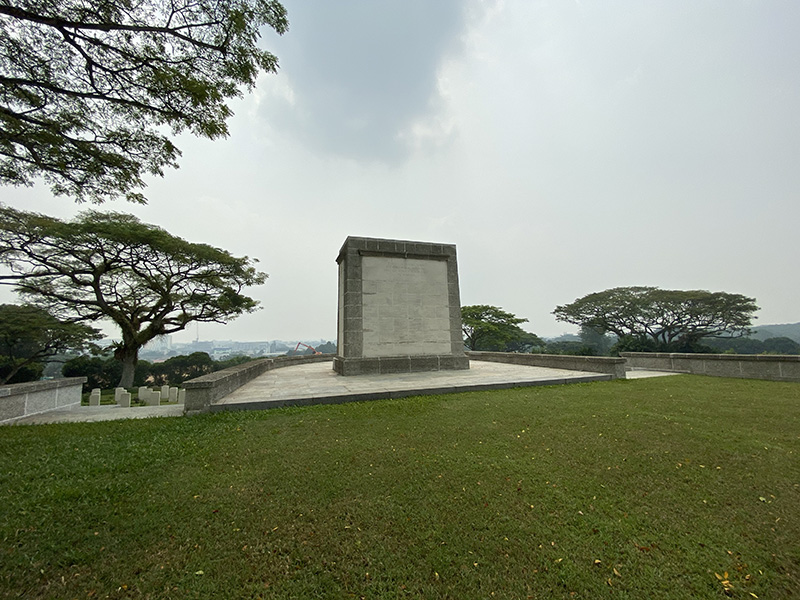 I tried taking photos with the three cameras again later in the afternoon when it was less hazy and the ultra-wide photo of the forest showed considerably more detail than the one above. Lighting plays an important role in photography and it's no different here. 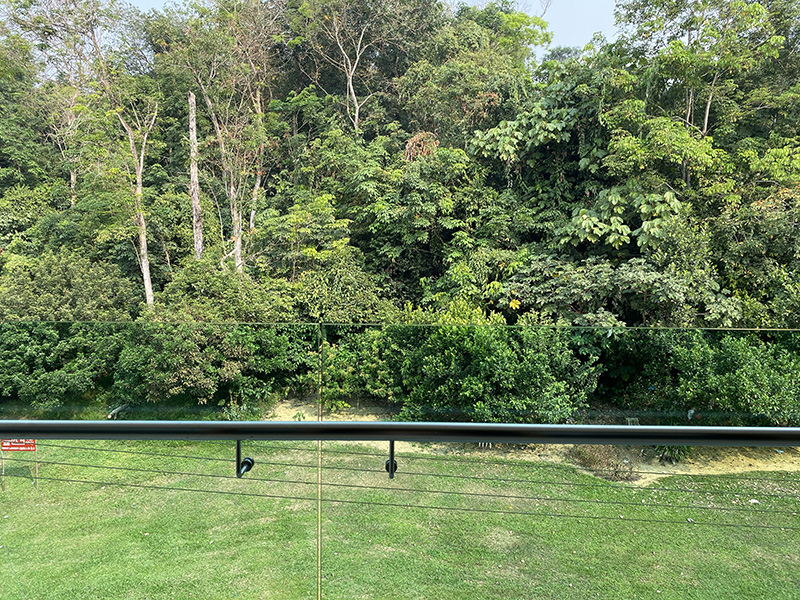 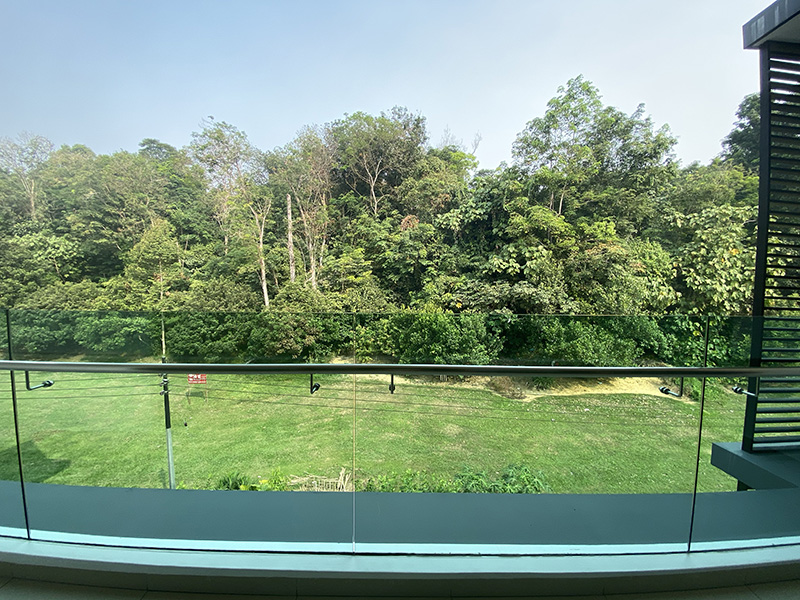 One annoying thing that persists is the inability to manually select the telephoto lens. You see, you might actually select the telephoto lens in the camera app but if the lighting isn’t optimal, the phone would activate the wide lens instead and use a digital 2x zoom without actually indicating to the user that it is doing so. Some form of manual override would be welcomed as using the wide lens and a digital 2x zoom always results in a noisier and less sharp image.

Night Mode is something that has been a long time coming and is possibly the most eagerly awaited photography feature for iPhone fans. Many Android phones have had equivalent night photography modes for a while now. Night Mode on the new iPhones turns on automatically whenever the lighting is poor, making it easier to use. An indicator pops up in the corner to let users know when Night Mode is activated and users simply have to keep as still as possible while the phone takes multiple images and blends them.

Advanced users also have the option to manually adjust the Night Mode effects by either turning it off completely or adjusting the exposure time to suit their shooting circumstances. For example, if you have a tripod or if you can prop the phone somewhere, you can increase the exposure time to get the best possible image quality. The maximum default is three seconds because that’s roughly how long most people can keep their hands still for a photo. 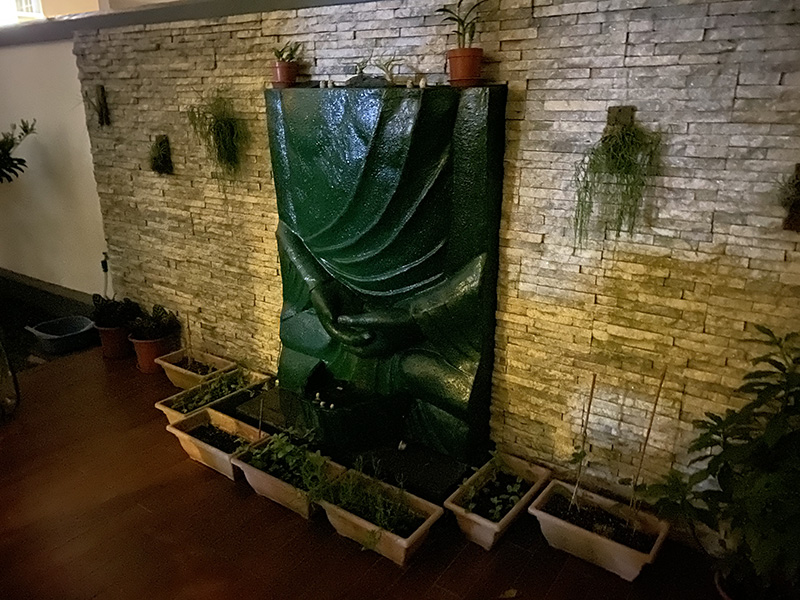 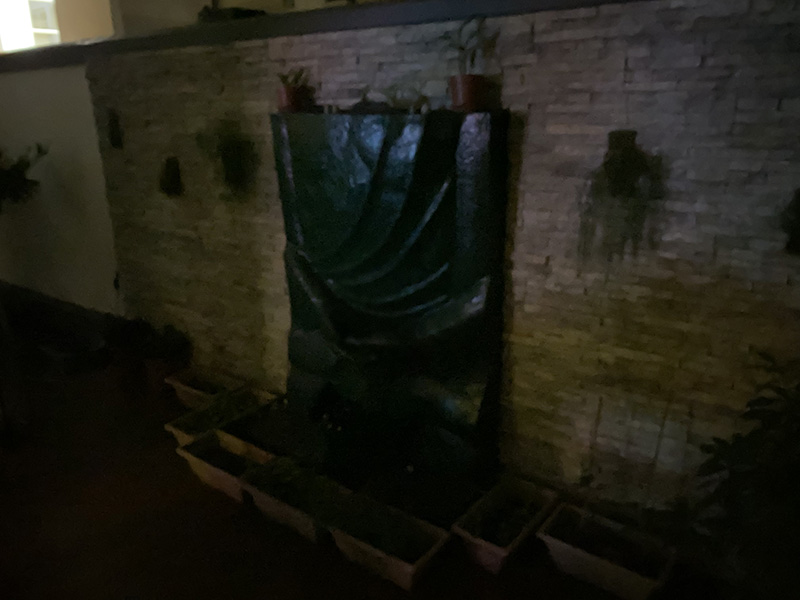 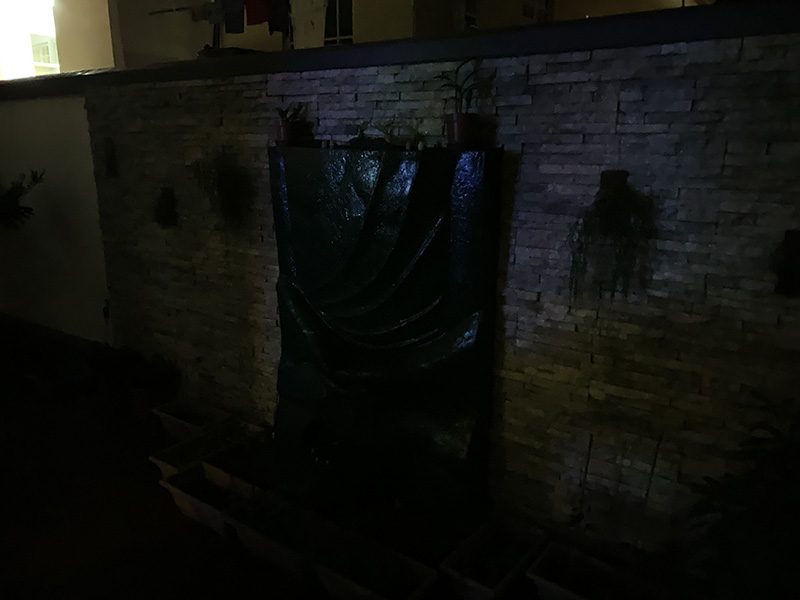 On a fundamental level, the way Night Mode works on the new iPhones is no different than the implementation seen on rival phones. It fuses multiple images to create a single image that is brighter and with more details. The implementation, however, is a little different. Unlike, some of its competitors, Apple’s goal isn’t to turn day into night. Rather, it’s more concerned with perserving the intent of the image and keeping it looking as natural as possible and trying to retrieve as much detail and dynamic range as possible. But as impressive as it may be, it ain't magic, Night Mode has its limitations — just look at the final set of images of the bench.

In this next set of images, you can see that these significantly more dynamic range when the Night Mode was used. But it's worth noting that even without Night Mode, the iPhone 11 Pro served up a very usable image that's remarkably clear. 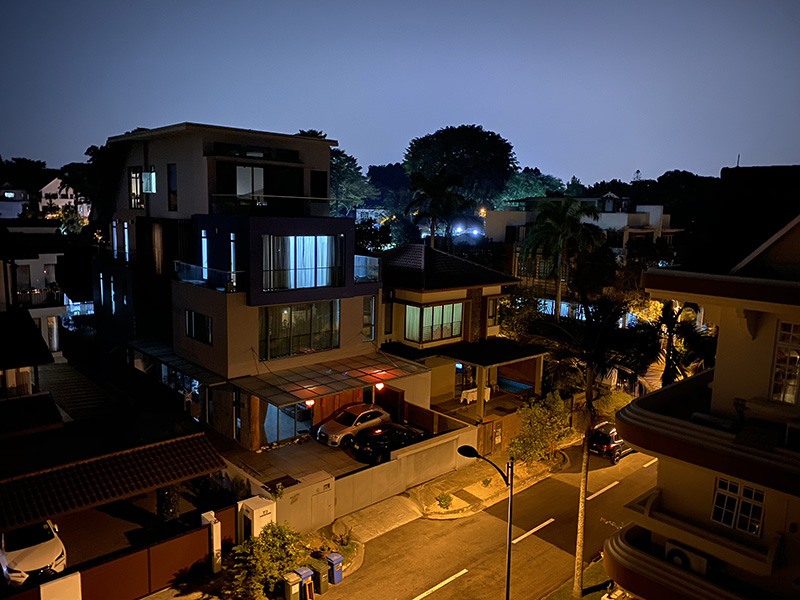 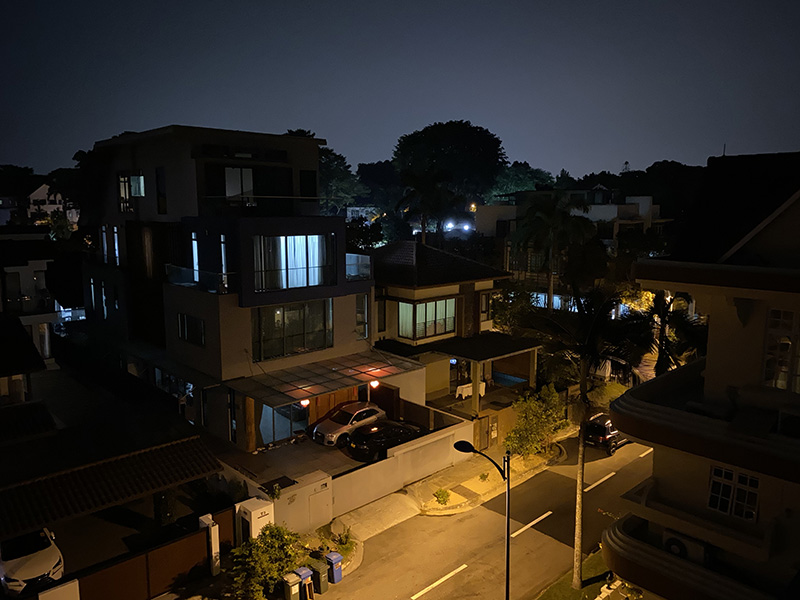 Night Mode seems to work best in the evening when there's still slivers of daylight remaining. The image below with Night Mode activated as impressive details and dynamic range and is remarkably sharp and usable. 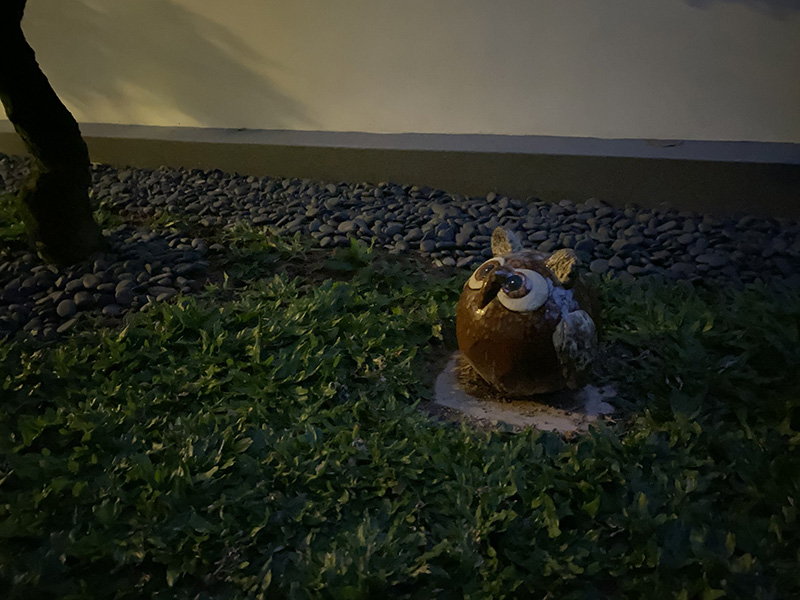 Night Mode isn't God Mode. If lighting is really scarce, like in the final set of images below — which was taken in almost complete darkness with only the faintest of moonlight and light from surrounding homes — the resultant image will still be fairly noisy. Still, the effects are quite astounding since the bench is barely visible without Night Mode enabled. 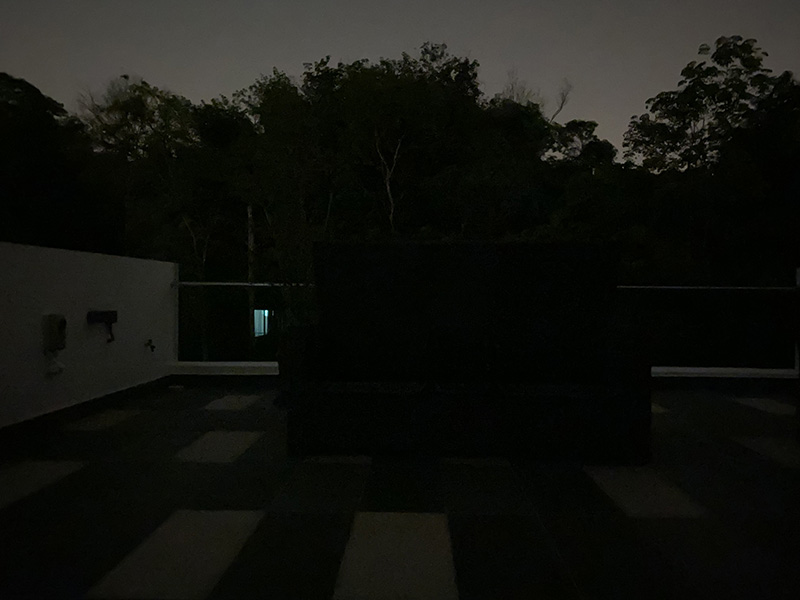 Looking at the images here, we can see that Apple’s implementation is quite impressive. The Night Mode images are not only brighter and clearer, when done correctly, they also have a ton more detail and dynamic range. More crucially, they look natural. They look as if they have been shot in the dark (which they are) but with more flattering lighting.

It’s worth noting that all of the iPhone’s rear-facing cameras are capable of recording at 4K 60fps with extended dynamic range ― this applies to both the iPhone 11 and iPhone 11 Pro. The front-facing TrueDepth camera can record at 4K 60fps as well, but if you want extended dynamic range, then it’s limited to 4K 30fps. These impressive video-recording feats are things that some Android flagships still struggle to do.

As for image stabilisation, the iPhone 11 Pro can record videos with OIS on its wide and telephotos cameras, whereas the iPhone 11 has to make do with just its wide camera. In other words, the ultra-wide camera doesn’t have OIS, which isn’t surprising or something to be alarmed about because almost all ultra-wide cameras on Android phones are the same and do not have OIS either.

More importantly, the new iPhones take amazing videos with sharp visuals and good colours. Colour management is exemplary and you don’t notice shifts even if you go in and out of shaded areas. And for the first time, the front-facing camera will be able to record slow-motion videos at 120fps or “slofies” as Apple calls it, but only at 1080p.

Perhaps more importantly, Apple’s implementation of OIS is commendable. It isn’t overly smooth such that it looks odd and artificial but it isn’t so mild that the resulting footage is jarring to watch. Like their implementation of Night Mode, it’s balanced and well-judged. It’s hard to say if the new iPhones, as per Apple’s claims, take the “highest-quality videos in a smartphone” without extensively reviewing the footage of its rivals, but at this point, I’ll be surprised if it doesn’t turn out to be one of, if not the best.

However, one thing that still missing is the ability to change video quality on the fly. The video setting is shown in the corner but you still can’t change it without going into the Settings app and then digging around the camera settings. If Apple is serious about the iPhone 11 Pro being a professional’s video tool then this should be something that they implement in future iOS updates.