The telcos have finally announced the contract pricing for the cellular versions of the iPad Air. Before we dive into the lengthy calculations of the total costs of the iPads over a two-year contract, here are their standalone retail prices:

Choosing between the Wi-Fi-only and cellular models can be a tough decision to make for some consumers. It all boils down to individual preferences.

For consumers who dislike the hassle of turning on the wireless hotspot on their mobile phones (and as a result, draining the phone's battery faster) in order to connect the iPad to the Internet, then getting a separate data SIM card (for a cellular data-capable iPad) may be better. However, one also need to take note of the extra costs incurred when signing up for a multi-SIM service or a separate data SIM card plan that's typically tied to a two-year contract. If you tend to use your tablet device at home mostly, perhaps the Wi-Fi edition would suffice.

For those who would like to recap all there is to know about the new iPad Air, we've a detailed feature article for your reading. Not sure if you should upgrade from an existing tablet? We've got you covered as well.

If you're reading this article, we reckon you've made up your mind to purchase a cellular model. We hope this article will give you a clearer understanding of the financial commitments you are putting yourself into. 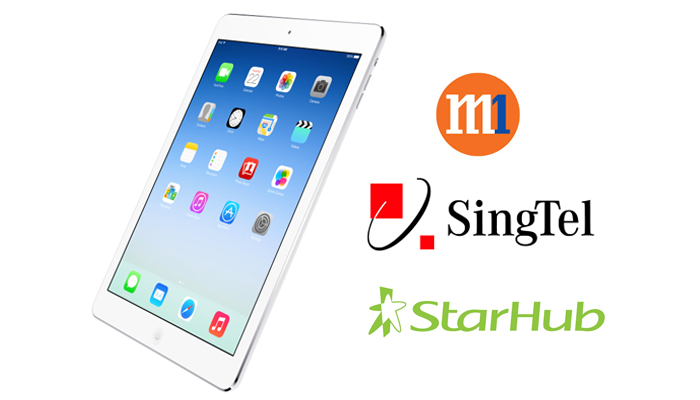 With a two-year contract tied to the data plan, we have compiled a table comparing the total amount you have to fork out (at minimum) over the two-year span.

For this calculation, we took into account the monthly subscriptions for two years and the contract pricing as listed above for the respective telcos. As such, this doesn't factor in the excess charges incurred for data usage above what's given by each telco's plan.