Times are a changin'

Tablets have been around for a long time, but the modern tablet as we know it with its touchscreen interface and all is a fairly recent invention and it would not be a stretch to say that Apple was single-handedly responsible for making the tablets what they are today.

The first iPad tablet was released in 2010 and it was an instant hit. It sold three million units in 80 days and by the time the iPad 2 was launch a year later, it was estimated to have been in the hands of over 15 million customers. The subsequent models that followed all sold extremely well too and it is estimated that Apple has sold over 200 million iPads since its release in 2010. 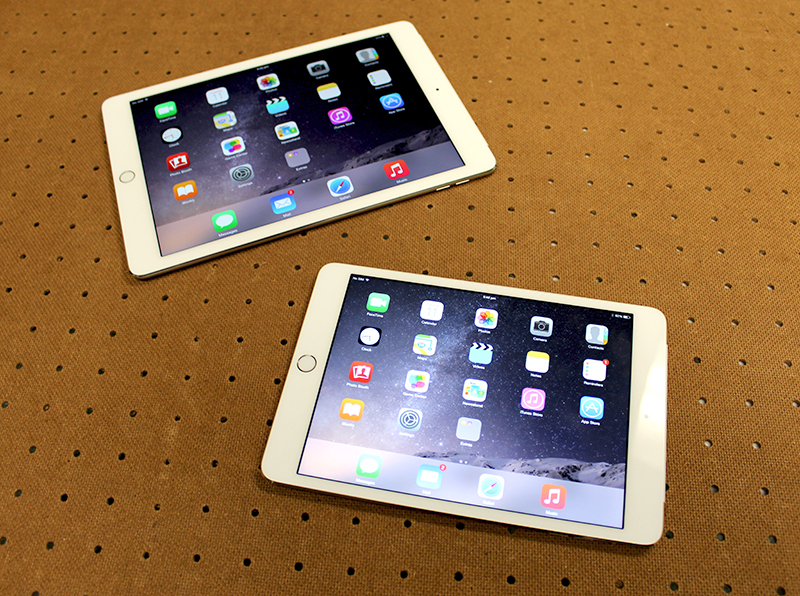 However, things started changing since the beginning of this year. For the first time ever, Apple reported that sales of its tablets dipped. And according to its latest earnings report for Q4 2014, sales of iPads were down once again, making it the third quarter in a row that sales of iPads dipped. In Q4 2014, Apple sold 12.3 million iPads, down from 14.1 million from the same quarter a year ago. And last quarter, Apple sold 13.3 million iPads.

Despite this worrying trend, Apple’s CEO Tim Cook remains optimistic and has said many times that this is just a “speed bump”. Additionally, he believes the market for tablets is still in its infancy and also said that “significant innovation could be brought to the iPad” to reinvigorate sales and this category of products.

On October 17, Apple announced its newest iPad tablets, the iPad Air 2 and iPad Mini 3. The iPad Air 2 is Apple’s sixth generation 10-inch tablet, whereas the iPad Mini 3 is its third generation 8-inch tablet. Let’s see what’s new about these tablets. But first, a quick overview of the specifications of this two new tablets. 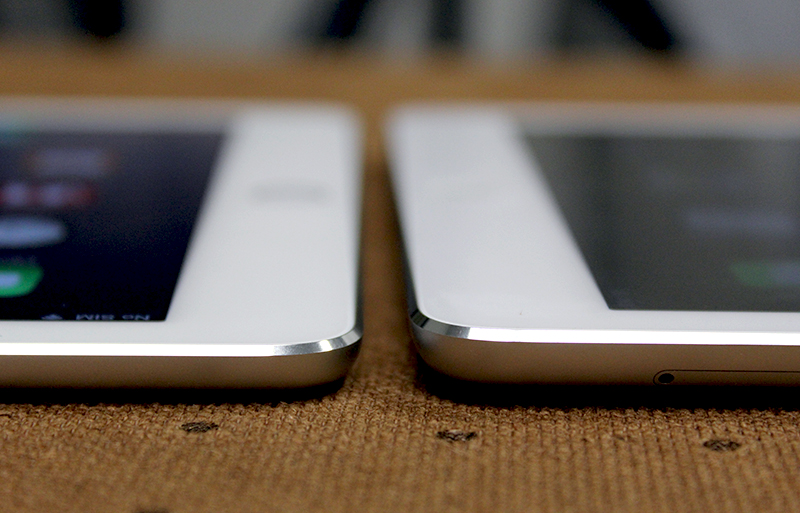 We begin with the iPad Air 2, which has been quite extensively upgraded. Let’s begin with the internals. The iPad Air 2 is powered by Apple’s new A8X processor and comes with an M8 motion co-processor that collects and processes data from integrated accelerometers, gyroscopes and sensors.

This is a significantly beefed up version of the same processor that is powered the current iPhone 6 and iPhone 6 Plus. Like the A8, the A8X is manufactured using a 20nm manufacturing process. However, it boasts 3 billion transistors thanks to its additional third core - that’s a billion more transistors than the A8. It also sports higher clock speeds than the A8 - 1.5GHz in the A8X versus 1.4GHz in A8. That aside the A8X also has a wider memory bus and greater memory bandwidth - 128-bit versus 64-bit and 25.6GB/s versus 12.8GB/s. Finally, the A8X has double the L2 cache of the A8 - 2MB versus 1MB.

Also, Apple has finally increased the system memory of the iPad and the new iPad Air 2 now has 2GB of RAM as compared to its predecessors which only had a single GB of memory. Hopefully this means less reloading of tabs when web browsing. And on the topic of web browsing, the iPad Air 2 will also be the first iPad to offer support for Wireless-AC - up to 866Mbps with support for two spatial streams.

The upshot of all of the improvements is that the new A8X is a considerably more powerful processor than the old A7 processor. Apple claims that the A8X’s CPU performance is around 40% faster, whereas its GPU is a whopping 2.5 times more powerful. We will certainly be putting these claims to the test. 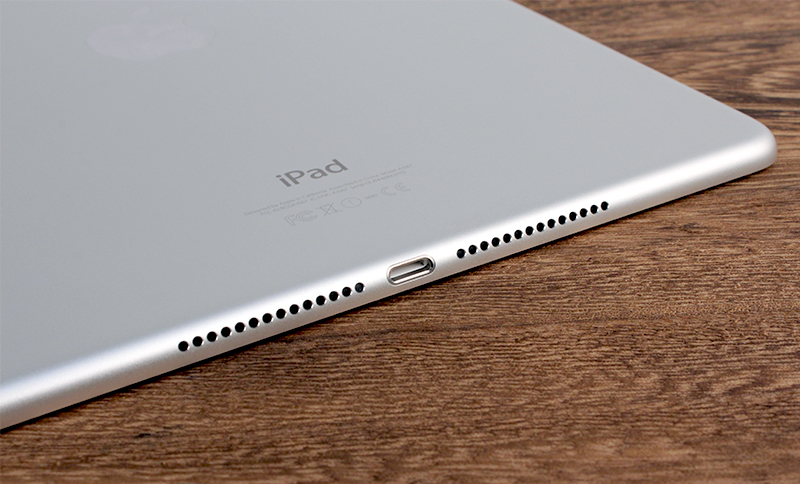 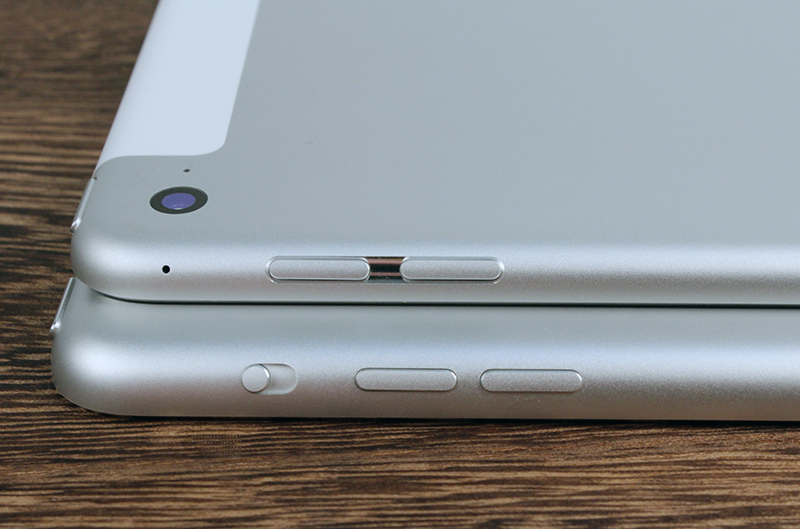 And despite being significantly more powerful, Apple has somehow managed to make the new iPad Air 2 even more compact. For one, it is 18% thinner than its predecessor, measuring just 6.1mm thick. For comparison, the old iPad Air is 7.5mm and the new iPhone 6 is 6.9mm thick. The iPad Air 2 also weighs about 30g less. The difference in thickness is definitely noticeable if you handle both tablets side by side, though the difference in weight is less obvious. In terms of design, the iPad Air 2 is identical to the iPad Air, retaining the same aluminum chassis with polished chamfered edges. However, the iPad Air 2 also gets a new Gold finishing, on top of the existing Space Grey and Silver color options.

The iPad Air 2's slimmer dimensions is achieved because of its fully laminated display. On previous iPads, the display is actually made up of three separate components - the cover glass, touch sensor and the LCD - but the iPad Air 2 combines all three components into a single one. This eliminates the gaps and makes the display thinner. Additionally, the iPad Air 2 is also the first iPad to get an anti-reflective coating, which Apple says reduces glare by 56%. In our experience, the anti-reflective coating does work in reducing the intensity of glare and reflections, though we cannot say for sure if it is by 56% as Apple has claimed.

The 10-inch display still outputs a resolution of 2048 x 1536 pixels - 3.1 million pixels in total - which gives it a pixel density of 264.58 pixels per inch, which trails behind some Android flagship tablets such as the Samsung Nexus 10 and ASUS Transformer Pad TF701T, but in the real world, you would be hard pressed to notice the difference. 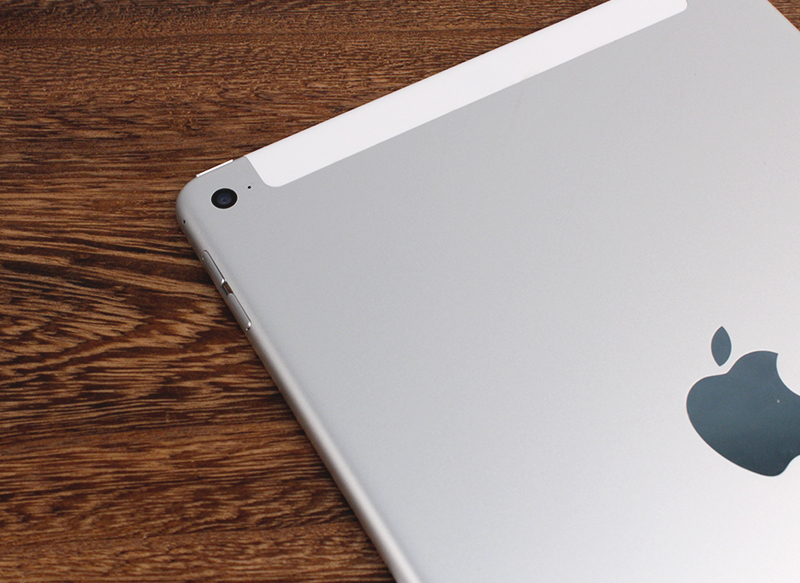 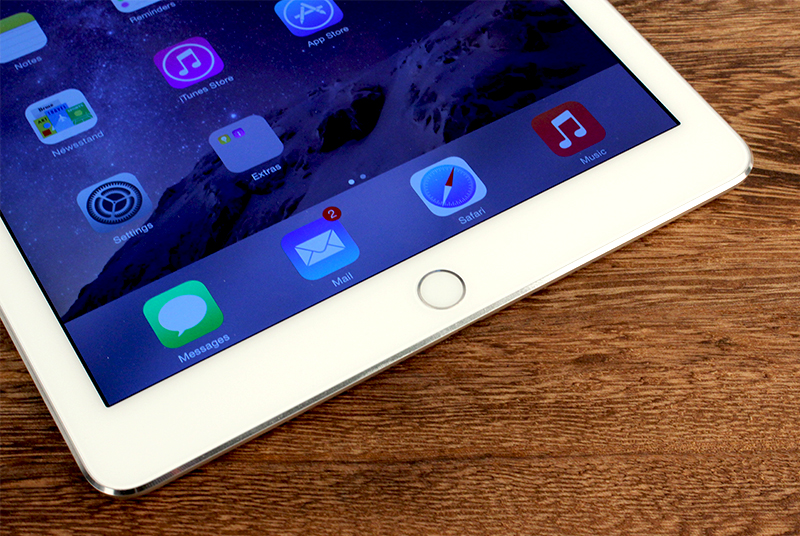 That’s not all, the new iPad Air 2 also gets upgraded cameras, both front and back. The rear-facing camera now shoots at 8 megapixels (it was 5 megapixels previously) and features a 10fps burst mode and 120fps slow motion video. And on the other hand, the front-facing FaceTime HD camera now has a larger ƒ/2.2 aperture, which allows in more light, but still shoots at 1.2 megapixels.

Finally, the iPad Air 2 also gets Apple’s Touch ID technology, which uses your fingerprint to make unlocking the device safe and secure. The Touch ID sensor was first seen on the iPhone 5S and we are happy that it has finally made its way to the iPad. Touch ID makes unlocking the iPad Air 2 a breeze and along with iOS 8, allows for more uses such as Apple Pay. 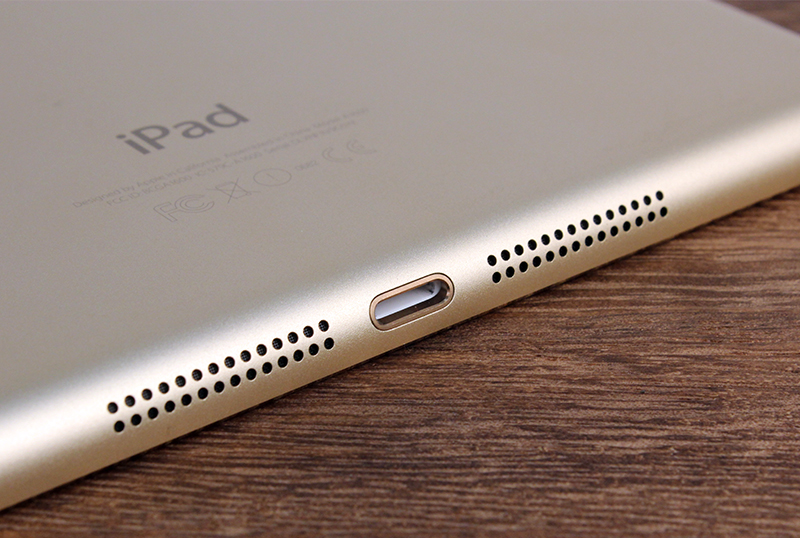 The new iPad Mini 3 is a curious and somewhat disappointing device. While the iPad Air 2 received numerous improvements, the iPad Mini 3 seems entirely neglected in comparison. In fact, the iPad Mini 3 is almost entirely similar to the iPad Mini 2, apart from its new Touch ID sensor and Gold finish - the better to match your gold iPhones right? It has the same processor, display, camera and even design. In a nutshell, it is no more powerful nor is it slimmer or lighter. 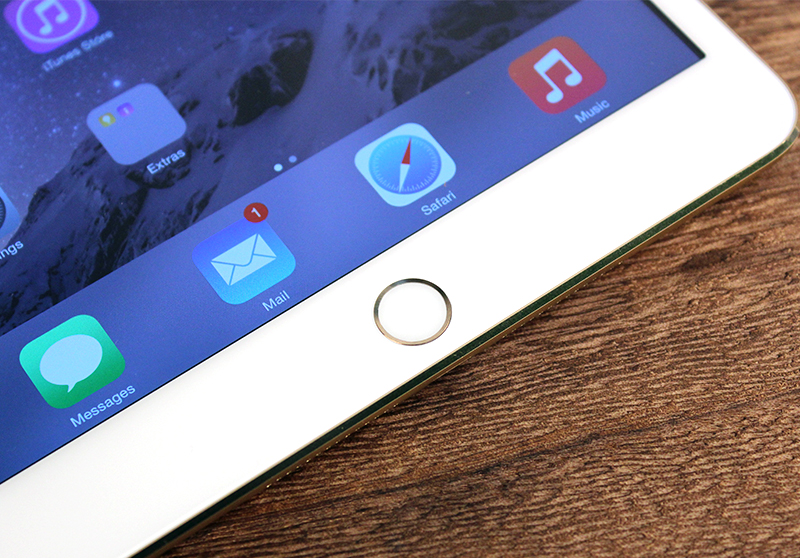 For those who are not familiar with the iPad Mini 2, it is powered by the A7 processor with an M7 co-processor and is complemented by 1GB of RAM. Its 7.9-inch display outputs a resolution of 2048 x 1536 pixels (the same as the iPad Air 2), which gives it a pixel density count of an impressive 324.05 pixels per inch. For more details, we suggest reading our iPad Mini 2 review, because the new iPad Mini 3 is really the iPad Mini 2 with a Touch ID sensor.