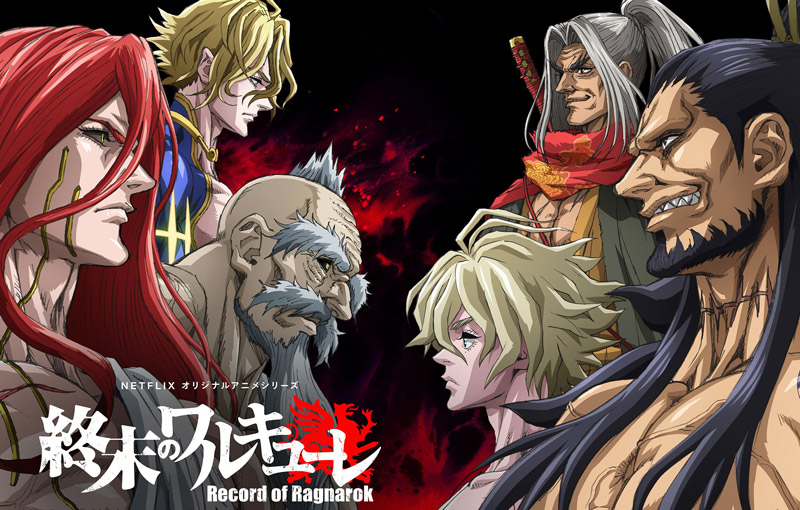 Netflix is going big on anime.

After two long years of absence, AnimeJapan is back! Being one of the biggest anime events in the world, the event will see appearances from voice actors and creators from some of the biggest ongoing hits right now - including Demon Slayer, My Hero Academia, Attack on Titan Final Season and more.

Netflix also held an event during this online convention, taking some time to show off five of its most popular upcoming anime series along with production tidbits from their cast and creators. They have a metric ton of anime projects in the works! During Netflix Anime Festival 2020 last year, the streaming service revealed 16 different projects in its lineup - with a couple more unannounced.

Let’s run through the reveals! 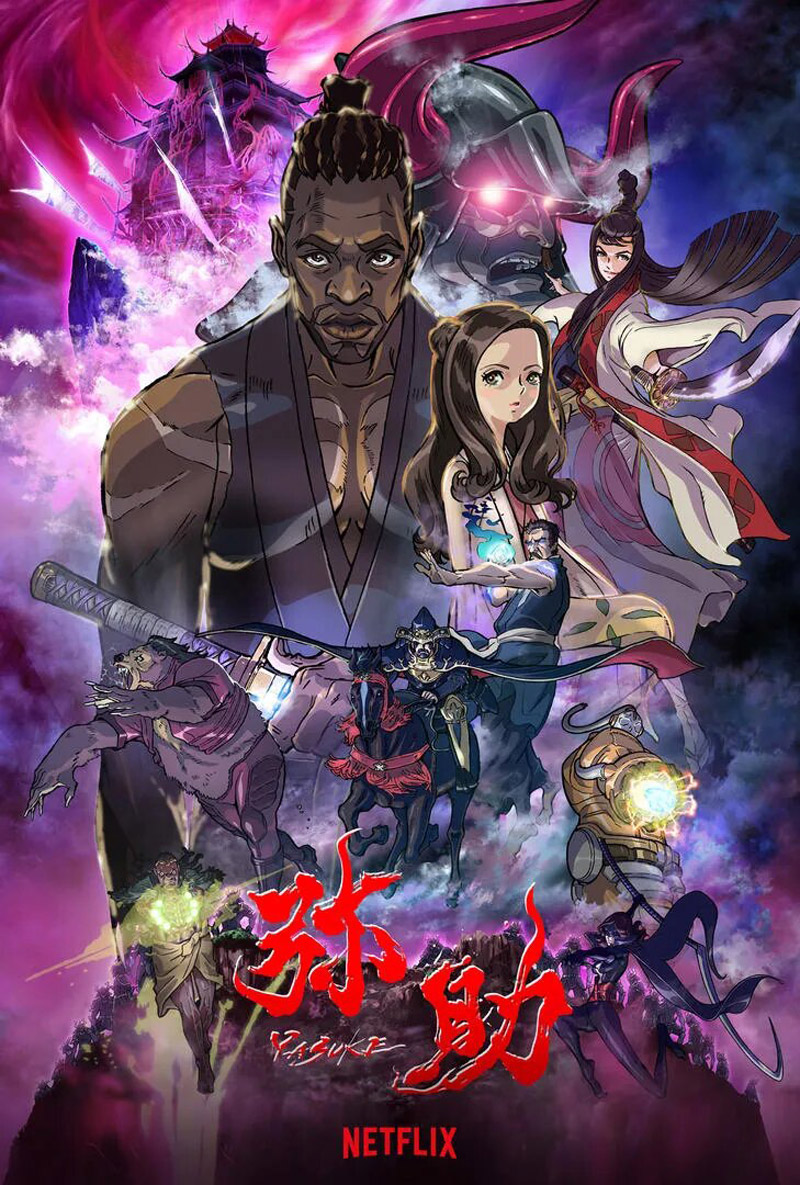 We got new key art for Yasuke, a new, wholly original series produced by animation studio MAPPA - known for their work on Attack on Titan Final Season and Jujutsu Kaisen. The series is inspired by the world’s first real-life African samurai warrior who had served the powerful warlord Oda Nobunaga during the Sengoku era, and follows his adventures in a fantastical version of feudal Japan. As Yasuke tries to get used to civilian life after partaking in so much violence, he finds himself tasked with transporting a mysterious child targeted by dark forces and evil warlords. No trailer for this one yet, but the 6-episode series will launch on 29 May.

This 3D-CG anime is produced by a Chinese animation studio called CGCG, which might explain its unique visuals. The series is created by Yasuhiro Irie, following a girl's adventures in a Mad Max-like apocalyptic wasteland. The girl, accompanied by two robots, will also have to deal with a rather menacing-looking droid with a grudge against humanity. This trailer provides a closer look at Eden’s characters, and a release date for the series: 27 May.

Netflix made sure to emphasise the voice cast of Record of Ragnarok, and no wonder too. With Miyuki Sawashiro (Mobile Suit Gundam: The Origin, Berserk), Tomoyo Kurosawa (Final Fantasy XV, Fire Emblem: Three Houses) , Tomokazu Seki (Neon Genesis Evangelion, Gundam Wing), Hikaru Midorikawa (Dragon Ball Z, Demon Slayer) and Wataru Takagi (Rurouni Kenshin, Bleach)starring, this is a veritable who’s who of big names in the anime world. The series has gods and humans face off in a tournament that will decide the fate of humanity, coming out in June. We also got a new key visual: 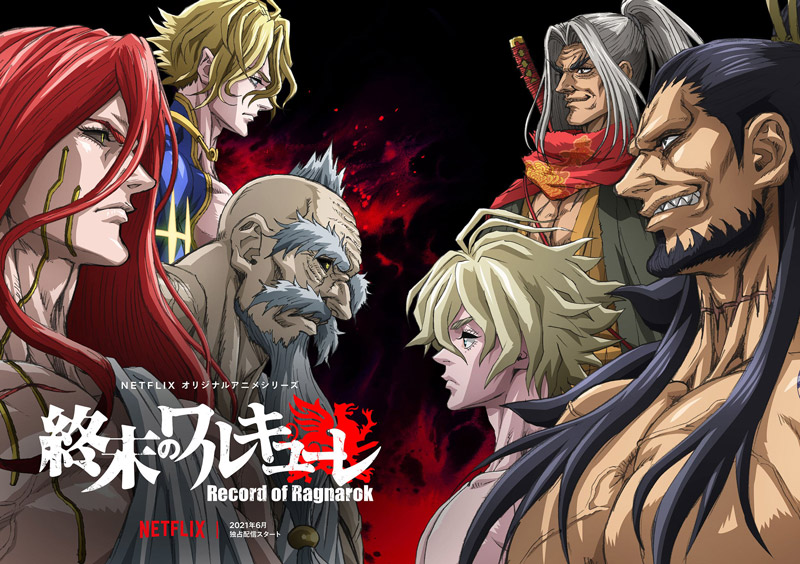 The Way of the Househusband

This is a weird one. Out of all the anime Netflix announced during Netflix Anime Festival 2020, The Way of the Househusband was by far the most popular among fans - especially since it had such a novel premise. Former Yakuza Tatsu is a legendary figure in the underworld, but gives up that life after getting married to devote himself fully to being a househusband. Unfortunately, assassins keep trying to kill the poor guy while he’s just trying to do the cooking, cleaning, washing and grocery shopping in his new domestic life.

But when Netflix debuted the first trailer on Twitter, its choppy animation didn’t exactly get a positive response. One user called it a, “glorified slide show,” which isn’t totally inaccurate. But hey - it’s got a great cast! Kenjiro Tsuda (Naruto, ONE PIECE), Shizuka Ito (Crayon Shin Chan, Food Wars! Shokugeki no Soma: The Third Plate) and Kazuyuki Okitsu (Berserk, Arpeggio of Blue Steel)  star, with J.C.STAFF animating. The series launches on 8 April.

This series has some pretty fantastic animation. Set after the events of Resident Evil 4, the 3D-CG anime series follows the adventures of Leon S. Kennedy and Claire Redfield as they bump into each other during yet another zombie outbreak. These two just can’t catch a break, but at least Mr. X isn’t hounding their every step this time. Or is he?

If you’re a fan of Capcom’s Resident Evil 2 Remake, here’s a little something extra to get excited about: Nick Apostolides and Stephanie Panisello are set to reprise their roles as Leon S. Kennedy and Claire Redfield from the game. Here’s Netflix’s synopsis of the series:

In 2006, there were traces of improper access to secret Presidential files found in the White House’s network. American federal agent Leon S. Kennedy is among the group invited to the White House to investigate this incident, but when the lights suddenly go out, Leon and the SWAT team are forced to take down a horde of mysterious zombies. Meanwhile, TerraSave staff member Claire Redfield encounters a mysterious image drawn by a youth in a country she visited, while providing support to refugees. Haunted by this drawing, which appears to be of a victim of viral infection, Claire starts her own investigation. The next morning, Claire visits the White House to request the construction of a welfare facility. There, she has a chance reunion with Leon and uses the opportunity to show him the boy’s drawing. Leon seems to realize some sort of connection between the zombie outbreak at the White House and the strange drawing, but he tells Claire that there is no relation and leaves. In time, these two zombie outbreaks in distant countries lead to events that shake the nation to its very core.

Keep in mind that this is a mere slice of Netflix’s upcoming anime slate. The streaming service plans to launch around 40 new anime series in 2021, so…yeah. Wow.