Andor (Disney) review: Unlike anything that came before it

Andor review: Unlike anything that came before it 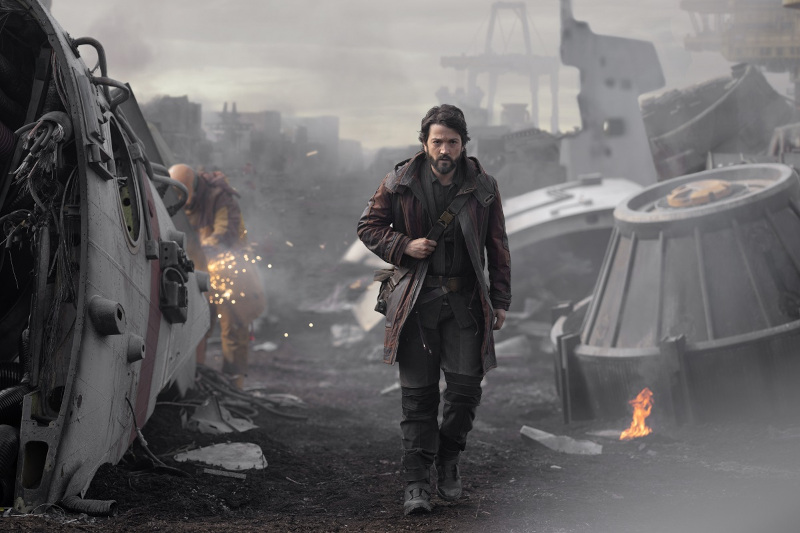 The gods that preside over the Star Wars universe have been kind to us in recent years. From The Mandalorian to The Book of Boba Fett and the epic return of Obi-Wan Kenobi, there has been no shortage of series dedicated to the rich multitude of stories that make up a galaxy far, far away, even if not all of them involve space wizards that wield glowing swords.

Andor is a prequel of a prequel, taking place before Rogue One and A New Hope. It tells the origin story of Cassian Andor (Diego Luna) and how he became an intergalactic spy for the Rebel Alliance. In Rogue One, Cassian plays a key role in retrieving the Death Star schematics and handing them over to Princess Leia, a sequence of events that we know eventually leads to the destruction of the first Death Star and a major victory for the rebellion.

In Andor, Cassian is still a petty thief who can barely make ends meet by peddling Galactic Empire spaceship parts. He clearly also has a strained relationship with many of his contemporaries, with a dubious reputation even for a thief.

However, when he visits Morlana One in search of his sister and inadvertently kills two Pre-Mor Authority operatives, part of the corporate government that rules the planet, he soon finds a massive target on his back.

The show spends plenty of time on world-building, never rushing into shoving Cassian into the arms of the Rebel Alliance. You could be forgiven for wanting to switch it off after the first episode — the show gets off to a slow start in the first few chapters. Its concerns are at first strangely small for Star Wars, and there is no epic battle between the forces of light and dark, but only human beings doing what they need to survive the Empire.

Its glacial pace at the start may be due to the fact that the series has plenty of room to work with. It has already been confirmed for 24 episodes over two seasons, and is only set five years before Rogue One.

But that is exactly what makes Andor so different from every other Star Wars series. It feels gritty, intimate, and intensely personal. Above all, the outlines of characters in Andor are distinctly ordinary. Nobody is the Chosen One here, destined to hold the fate of the galaxy in their palm.

Instead, these are everyday cogs chafing under the shadow of the Empire. While some fold and turn to betrayal, others rise to the occasion with small acts of kindness or heroism. The supporting cast is excellent as well, with Maarva (Fiona Shaw) and Bix Caleen (Adria Arjona) as particular standouts.

Of course, there is still an adorable droid mascot to get behind, this time in the form of the stuttering, bumbling B2EMO.

And once you get past the first two episodes, the pace picks up and rewards you for it. There's probably a reason why Disney+ dropped the first three episodes all at once — the first two are part of the same build-up to the real meat and action of the story, and the third is what you've really been waiting for.

Even then, Andor also stands out visually from other Star Wars series. For the first time, it isn't set against the sandy dunes of Tatooine, and we get to dip our toes into the depths of the countless alien worlds in Star Wars, including Cassian's home world of Kenari. After the past few series, it is a timely reminder that not all the action in Star Wars actually takes place in the desert.

A sense of inevitability also pervades Andor. Like Kenobi, we already know Cassian's fate. In one of the most poignant scenes in Star Wars canon, he dies on the beaches of Scarif embracing Jyn Erso as the Death Star fires on the planet.

Andor is then the tale of an exceedingly unlikely hero. How does a thief from a backwater forest planet with a primitive civilisation become an intelligence officer in the Rebel Alliance?

The first three episodes of Andor are now streaming on Disney+.