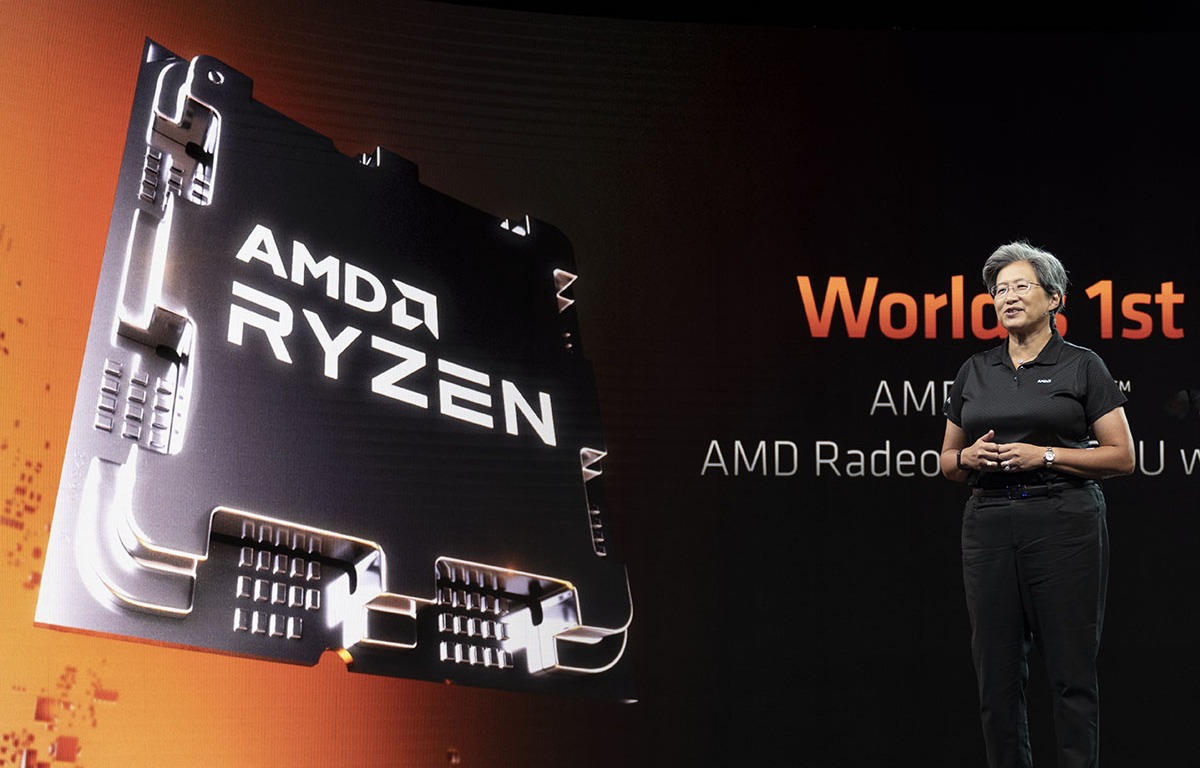 Ryzen 7000 series in a nutshell

For weeks now, there have been countless leaks on what AMD’s new computing platform for the masses and enthusiasts will entail, but one thing was certain – AMD was designing a new processing platform that would see it being used for the next few years through a new AM5 socket.

Today, AMD unveils the overarching features that make up the Zen 4 microarchitecture based on TSMC’s N5 5nm process technology that will be adopted by the new AMD Ryzen 7000 series processors, replete with the new features like DDR5 and PCIe 5.0 delivered via a new AM5 socket-based platform. Here are the new processors debuting from the 27th September; like previous launches, you’ll note that the first salvo of new processors is aimed at the enthusiasts before newer lower stack models arrive in the future:- 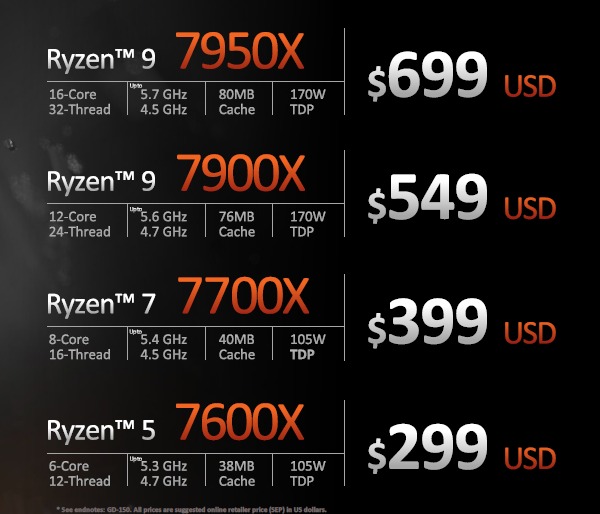 Compare this closely with the top-end Ryzen 5000 series product stack and you’ll realize that the top-end SKU is now markedly cheaper – up to US$100 less! Meanwhile, the prices are largely similar for the other SKUs, though one thing is for sure – you’re going to get a whole lot more performance through higher boost clocks and other improvements afforded by the new Zen 4 microarchitecture.

Ryzen has been on a winning momentum ever since its debut in 2017, and it has only been gaining traction ever since. It’s hard to see how AMD could do better than the Ryzen 5900X and the 3D V-Cache variety via the Ryzen 5800X3D, but these are only great now and AMD needs something to mow the competition for the near future too. To that extent, Ryzen 7000’s design goals were to deliver the fastest core for gamers and the most compute for creators via a leadership core design in a next-gen enthusiast desktop platform.

AMD took the already capable Zen 3 architecture and focused on improving how fast the processor can be fed with new instructions. For this, they enhance the processor’s front-end via a larger L2 cache, increasing the micro-ops cache (a trick they’ve taken advantage of twice previously in the Ryzen journey) to increase micro-ops processing, better branch prediction and others to upgrade the front-end of the processor. These improvements along with other internal enhancements allowed the new Zen 4 to deliver up to 13% higher instructions per cycle (IPC), an important indicator of performance expectations when all else on the platform/system level are at a constant. 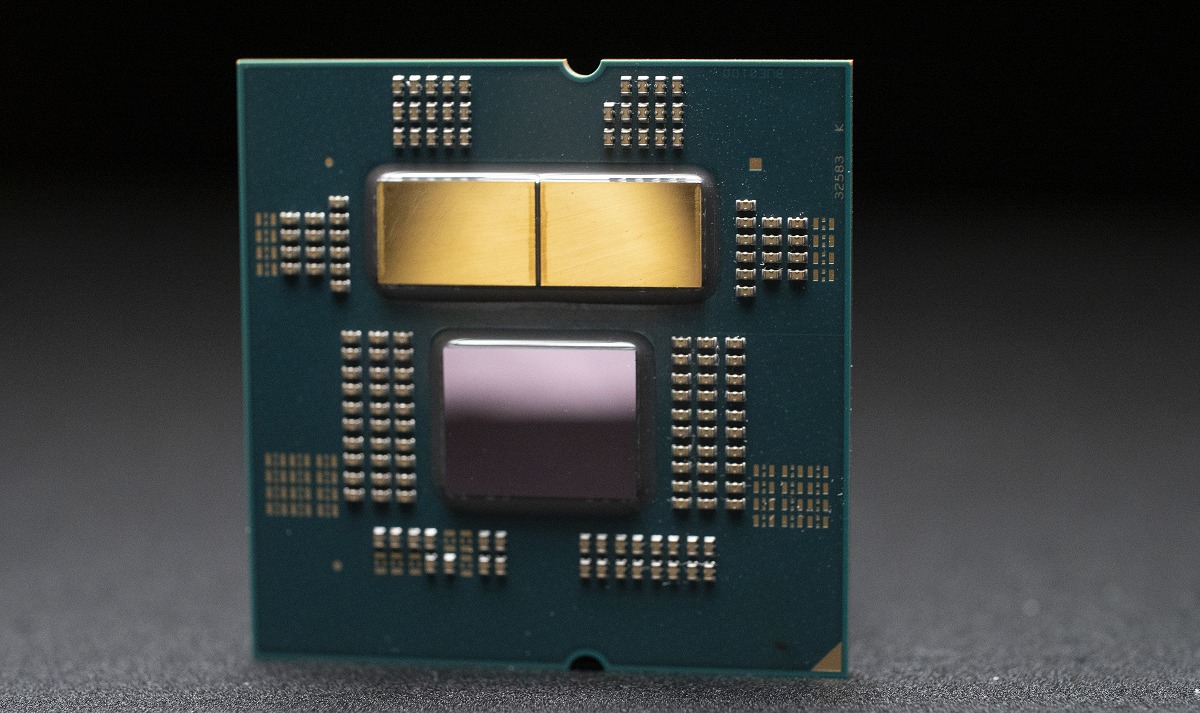 AMD is most proud to share that the 13% IPC improvement over Zen 3 (when both processors are fixed to run at 4GHz with eight active cores) is a geomean across 22 different desktop workloads, but the gains are most prominent in games, which is an arena they’ve often come up short against the Intel counterpart.

Meanwhile, its new 5nm process technology accords higher operational clocks, boost clocks and impressively low power consumption. This is also thanks in part to the mobile-centric optimizations that debuted in the Zen 3+ design that have made it on the Zen 4. The net effect? The maximum boost clocks are now at up to 5.7GHz, which is 800MHz more than what was last offered on the Ryzen 5000 series. Plus, single-threaded performance is up by 29%, though that’s based on just one test via Geekbench. Still, it’s a nice sign of the processor’s potential. Remember we also mentioned power efficiency? Here’s how AMD’s Zen 4 Core stacks up against Intel’s Alder Lake processors in their comparison:-

Clearly, AMD’s high-performance efficiency comes out ahead and that’s important at a time when operational costs are going up. These impressive figures are also true against a Ryzen 5000 series processor cranking out the same performance where the new Zen 4 offers up to 62% lower power draw or up to 49% more performance for the same power draw.

Then there’s the introduction of AVX-512 instruction support billed to accelerate AI inferencing tasks on supported applications where image processing/recognition and equivalent tasks are aplenty. What’s interesting is that Intel actually supported this instruction previously but chose to drop it for its 12th Gen Core Alder Lake processors. Its impact is likely limited, otherwise, Intel wouldn’t have excluded this. This might be true for now, though it’s hard to say how software compilers evolve and if the presence of this instruction support actually propels more leading-edge software with relevant use cases to adopt this.

What can you actually expect in terms of performance?

Pitting Intel’s best, the Core i9-12900K against AMD’s newest and fastest Ryzen 9 7950X, on average, AMD registers over 40% performance gain in creator applications, though these are based on render applications, but the entire swathe of tools used by a creator is quite wide. Watch out for our detailed assessment as we’ll soon be getting kits to put AMD’s new kid on the block to the test.

In terms of gaming performance, AMD sort of choose games that scale really easily and that has given it a pretty glowing first impression that it could deliver good gains. These games are tested at Full HD resolution and using a Radeon RX 6950XT GPU; expect these gains to thin out at higher resolutions and with a mixed set of games genres.

Now, where it gets really interesting is when AMD touts its US$299 Ryzen 5 7600X to easily beat out Intel’s best at gaming, which could possibly make it the ideal gaming CPU for most of us. This allows one to allocate a larger budget for the GPU or really bring down the totally cost of a really credible gaming machine.

What’s new on the Socket AM5 platform?

First and foremost, AMD’s Ryzen 7000 series will be the first AMD consumer processor to ditch the PGA socket for an LGA socket, similar to Intel’s processors (though big Blue made that switch more than a decade ago). To be exact, the AM5 socket will utilize a 1718-pin land grid array to facilitate easier processor installation and to keep the upgrade process a little leaner, it will work with current AM4 certified coolers. The choice of adopting the LGA socket alone erases any hopes of the AM5 processor being compatible with any existing AMD motherboards. 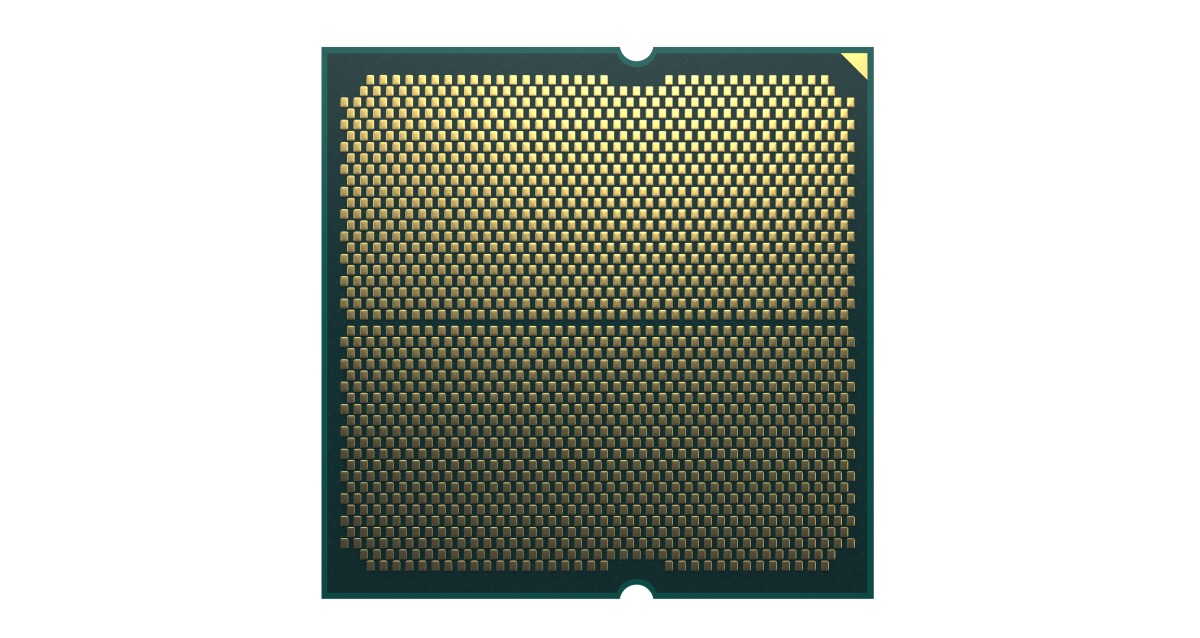 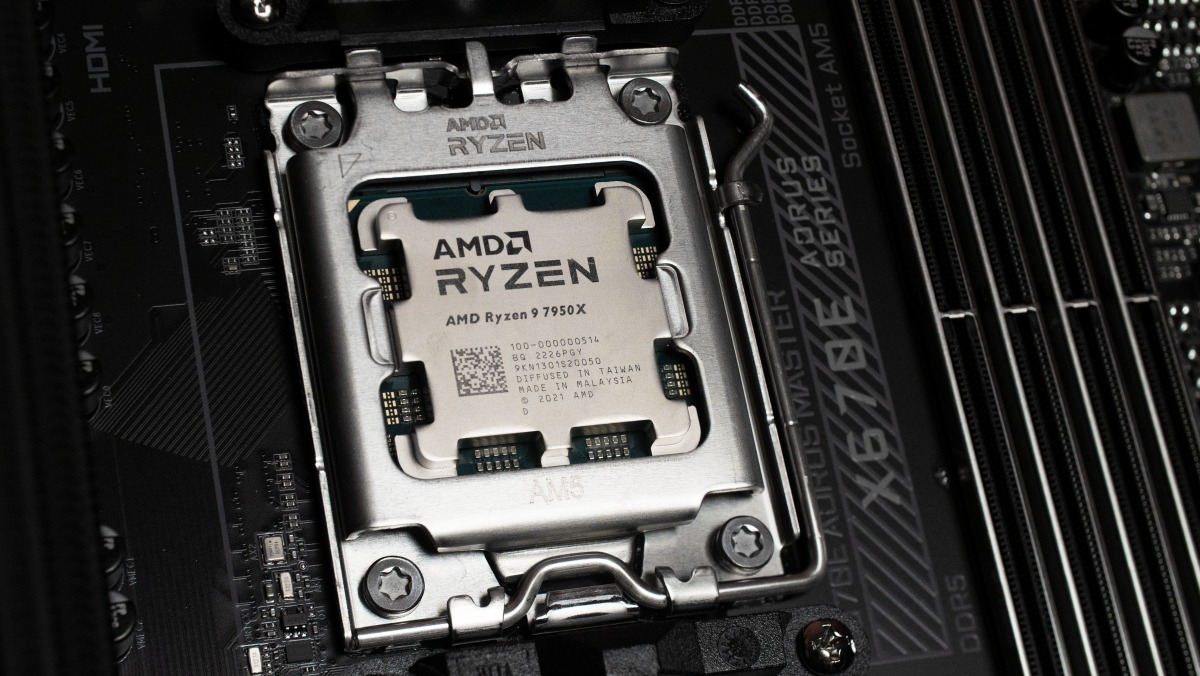 Despite the processor having zero-backwards compatibility, it must be noted that AMD has chosen to incorporate the very latest technology it can get its hands on such as DDR5 ad PCIe 5.0 support and to do that meaningfully and designing for the future (the AM5 is designed with up to 230W socket power delivery), AMD has also chosen to drop support for old memory technologies such as DDR4 that has been around for a decade. This allows AMD to maximize the performance potential of the processor without holding on to old technology and its limitations. With far more pinouts on this new processor to uphold its design parameters, it's also impractical to deliver it via PGA format which was already at its limits.

Like Intel’s evolving XMP memory standards, AMD too has taken this platform overhaul to its advantage to debut AMD’s EXPO technology, which is a memory overclocking profile to fast track DDR5 memory overclocking with its latest Ryzen 7000 series processors. AMD also shared that Intel’s XMP-certified memory will work fine on AMD’s platform, but as can be expected, the most optimal overclocking can only be achieved with AMD EXPO-labelled memory. Up to 15 memory kits with speeds up to DDR5-6400 will be available at launch.

All in all, AMD cites that the new AM5 socket platform is expected to serve them well through 2025 and beyond.

Expect new enthusiast X670 chipset-based motherboards and mainstream B650 counterparts to flood the market when the AMD Ryzen 7000 series hit retail on 27th September 2022. This time around, AMD is offering both chipset models with an Extreme option. The Extreme option of both chipsets will support PCIe 5.0 for storage products (coming in November 2022) and for next-gen PCIe 5.0 graphics cards. The non-Extreme variants will only support PCI 5.0 storage devices, but PEG slots will top out at PCIe 4.0 speeds. As such the Extreme edition chipsets will be your choice of board should you want to pair it with the very best graphics cards and unleash their potential.

On top of officially launching the Zen 4 architecture via the Ryzen 7000 series, AMD’s CEO Dr.Lisa Su also took the opportunity to share what’s on the horizon, including a Zen 4 with 3D V-Cache, a Zen 4c that’s optimized for cloud native computing environments and the Zen 5 family. Not much details was shared but this pipeline of products goes to show that AMD is always pushing the envelope on PC innovation to advance the world we live in.

That’s all we have for this update; stay tuned for more reporting in the near future when the Ryzen 7000 series go to retail on 27th September 2022.