AMD appears to be following its GPU strategy for this year's chipset refresh. Like the launch of its Radeon HD graphics cards, the first out of the blocks is its performance mainstream part, the Socket AM3 based AMD 890GX, which comes with a new integrated graphics engine and a new Southbridge, the SB850 and promises to support AMD's 6-core processors, due in the next month or so. The integrated graphics is almost identical to that on the older 790GX in terms of raw performance and it didn't really raise the excitement level.

Of note is the new SB850, which brings native SATA 6Gbps to the table. The other new technology, USB 3.0, failed to make it into the chipset. So far however, motherboard vendors have been equipping their AMD 890GX boards with that functionality via NEC's USB 3.0 controller. We have covered the 890GX in some detail previously but now, our attention turns to the upcoming, enthusiast class chipset from AMD, the 890FX.

Just like the 790FX, this is a chipset that targets the high-end crowd with its requirement for multi-GPU configurations. Gigabyte has sent us an early engineering sample of its flagship 890FX board, the GA-890FXA-UD7 and although we aren't allowed to release performance results yet, we can show you a preview of the board. 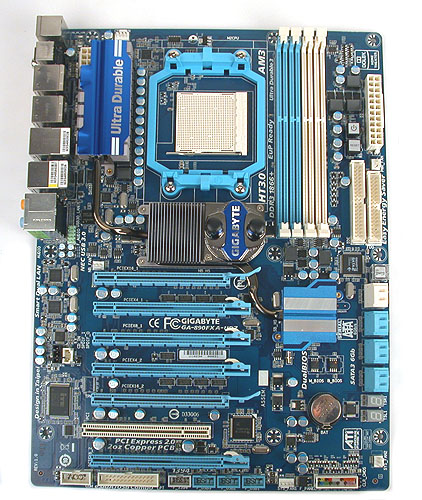 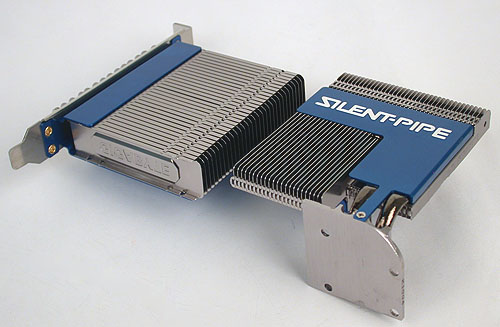 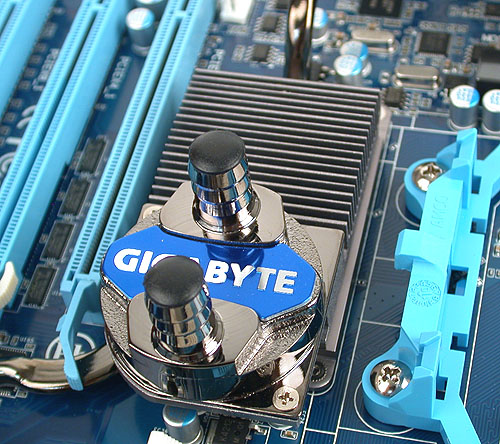 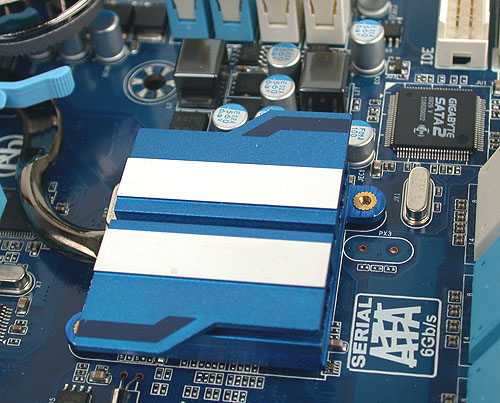 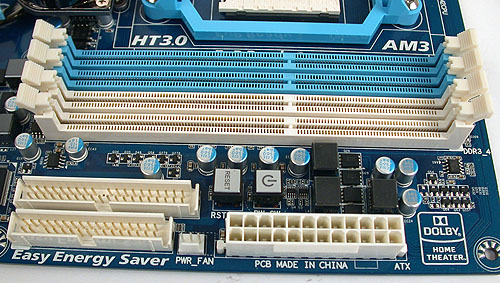 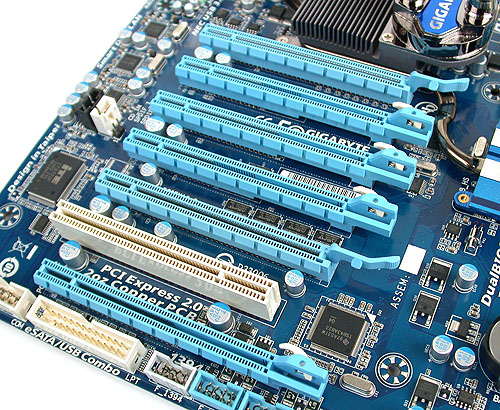 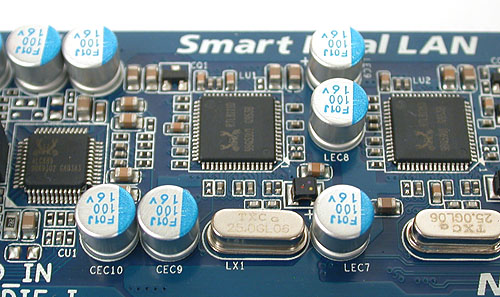 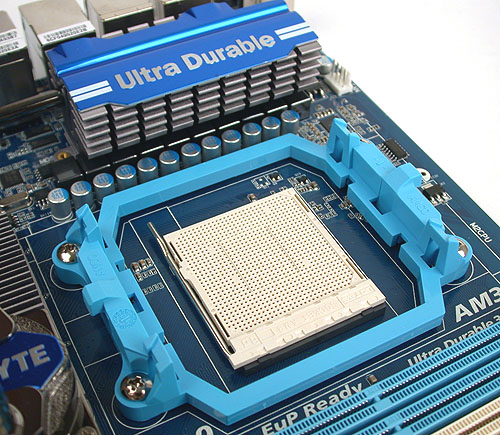 Our first impression of the Gigabyte GA-890FXA-UD7 is that it has inherited Gigabyte's DNA completely, due to its focus on storage options, especially with its support for older interfaces. Gigabyte's water block cooler design, with the inclusion of the Hybrid Silent-Pipe 2 for those not into water cooling, is also typical of its highest end offering, as Gigabyte's UD7 name would suggest. The list of features onboard is suitably impressive, including Gigabyte's own patented technologies. There are however no surprises to be found for those hoping for a refresh of those core Gigabyte features.

The layout is also typical of Gigabyte. While there appears to be more PCB space on this board compared to some of Gigabyte's recent Intel offerings, Gigabyte's choice of location for the power and reset buttons is not something we agree with, but it's admittedly a minor complaint.

The AMD 890FX is expected to debut in late April, so get ready for the flood of 890FX boards next month.