The configurations of the test setups we used are listed below. All results were obtained with the Ryzen Balanced power plan and Precision Boost Overdrive disabled. For the Core i9-9900K, multi-core enhancement was turned off on the ASUS motherboard.

It looks like the extra cores on the 12-core Ryzen 9 3900X helped it out slightly here, it was still a mere 2 percent ahead of the 8-core CPUs. The higher 5.0GHz turbo boost clock of the Core i9-9900K also didn't seem to help it against the Ryzen 7 3700X, and both turned out really similar overall scores.

That said, the Ryzen 9 chip's lead seemed to come mostly from the Digital Content Creation workload, where it beat out both octa-core chips. 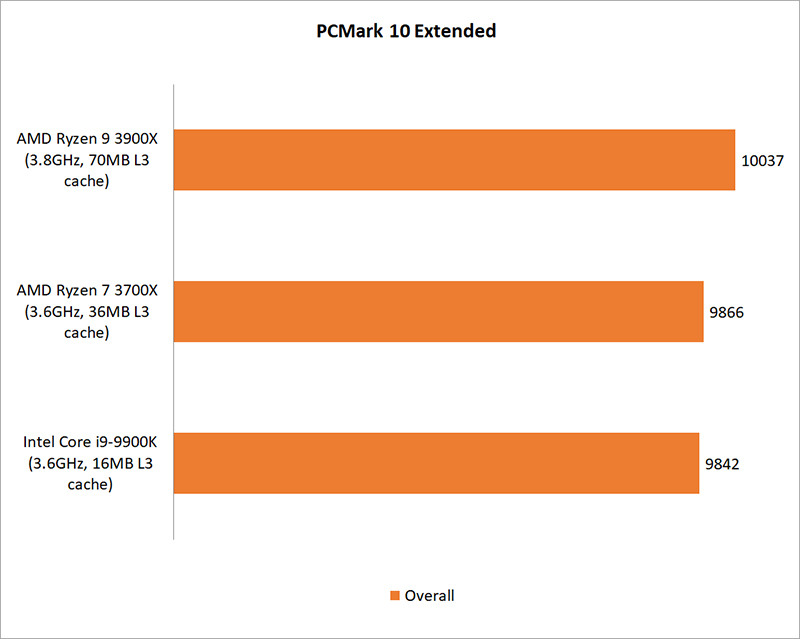 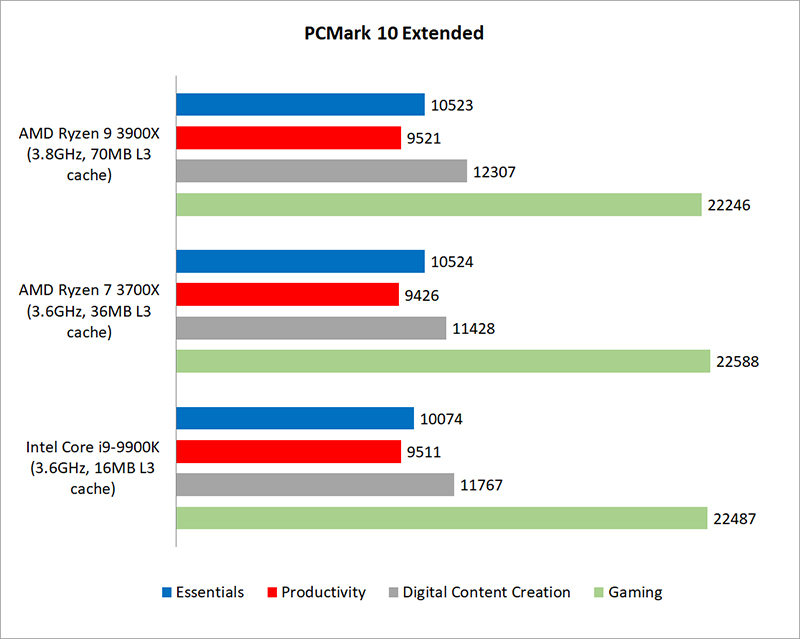 The Intel Core i9-9900K still had a slight lead in these workloads, so it seems like the tasks here still prefer higher boost clocks. 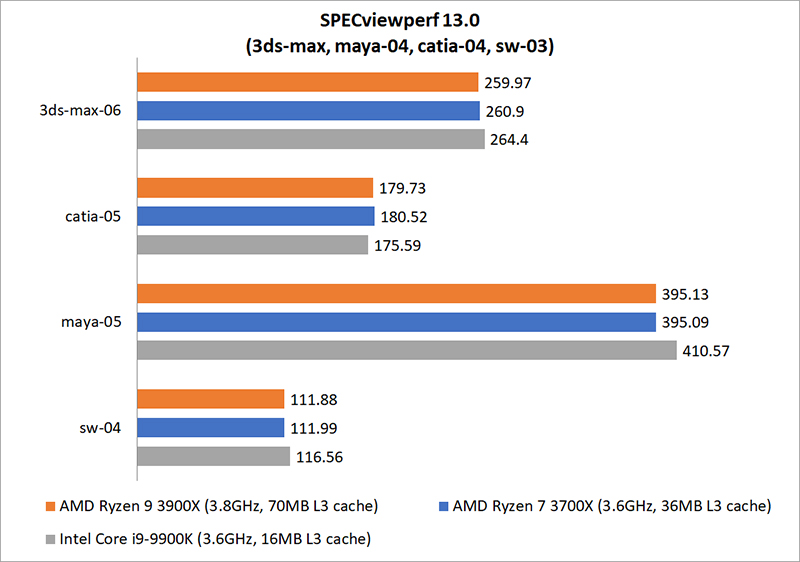 The newer Cinebench R20 is even more demanding, featuring increased workload complexity, higher memory use, and the latest rendering engine from Cinema 4D R20. Under the hood, the R20 engine also supports AVX, AVX2, and AVX512 instruction sets and the benchmark now supports up to 256 render threads. 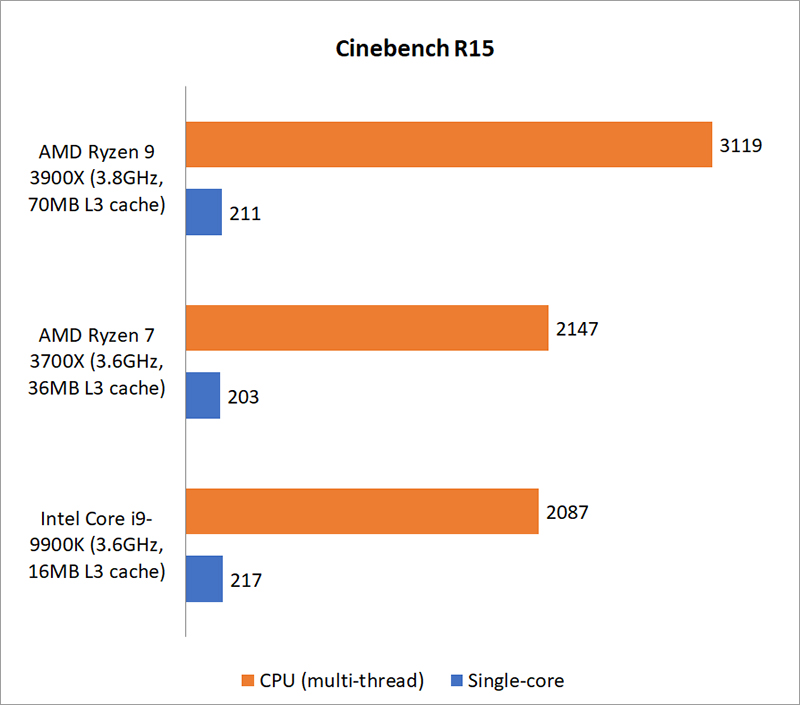 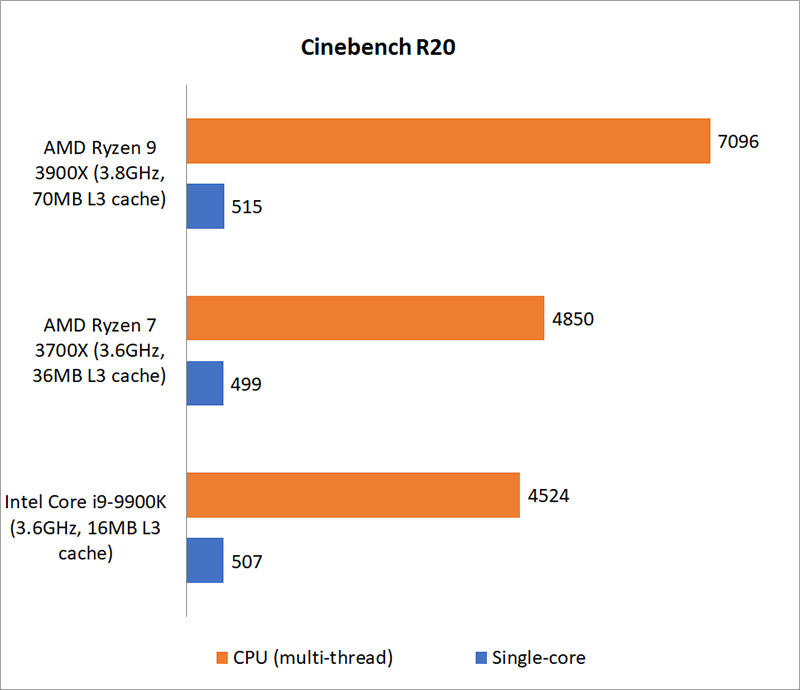 The results were predictable here, although it's pretty impressive that the Ryzen 7 3700X was ahead of the Core i9-9900K, especially since it also has 8 cores and a lower boost clock. 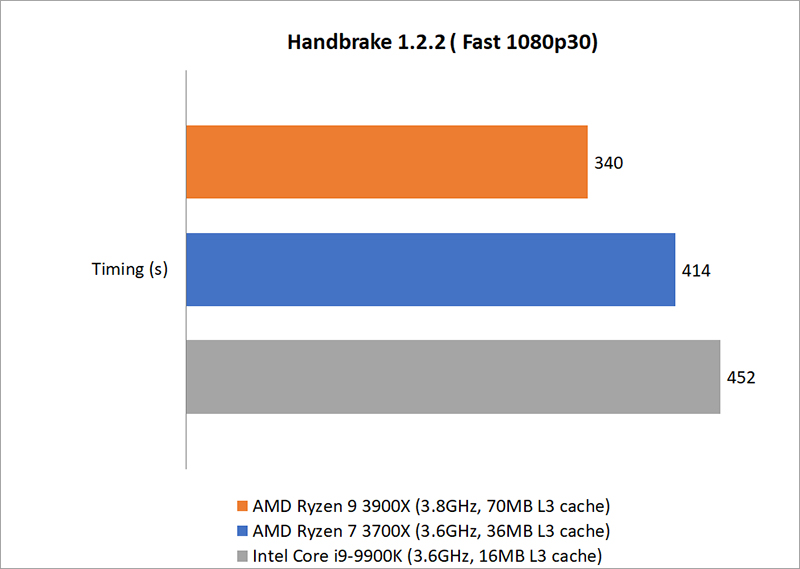 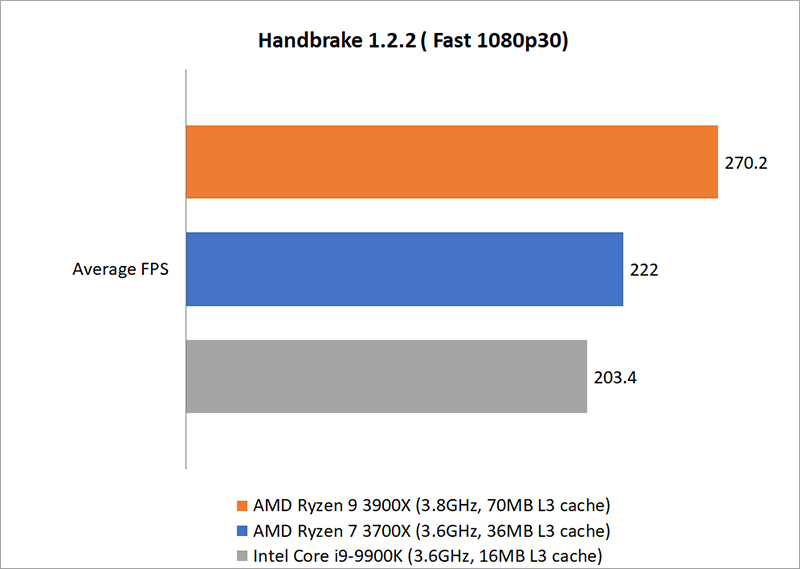 Blender likes having many cores as well, and the open-source software has been used for modeling and to create effects in movies. The new Blender Benchmark offers the option between Quick and Complete runs, and the numbers seen here are from the Quick benchmark, which puts the CPUs through scenarios like the BMW and Classroom demos. 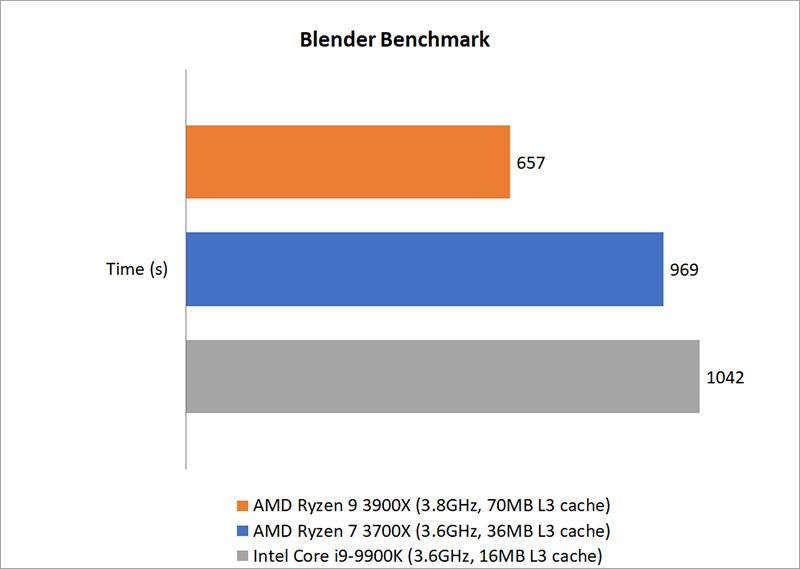 The POV-Ray built-in benchmark also favors having more cores, and both Ryzen processors skipped ahead of the Core i9-9900K. 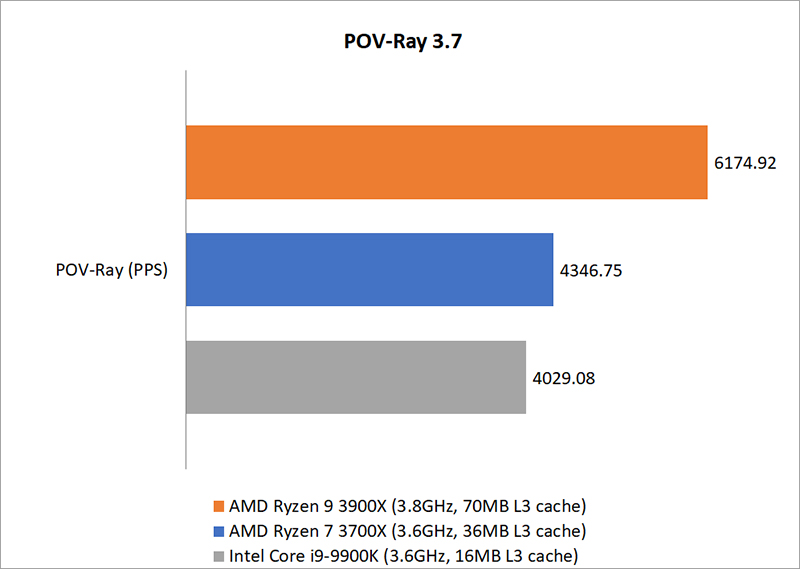