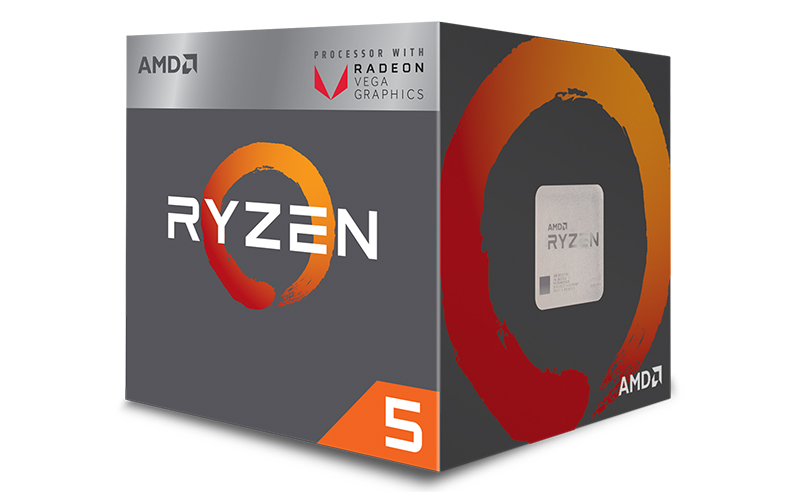 AMD hasn’t slowed down in a long while. The chipmaker’s new Raven Ridge APUs drop today, and they may be among the best value-for-money chips you can buy. These are the first desktop Ryzen processors to feature Radeon RX Vega graphics embedded on the same chip, so they’re a good choice for entry-level to mid-range systems.

Custom AMD APUs already drive the graphics in consoles like the Xbox One X and PlayStation 4 Pro, so the company clearly has the expertise it needs in this area. However, the consumer versions of AMD’s APUs still fell short of delivering a truly playable experience on PC, but that’s exactly what AMD is hoping to change with Raven Ridge.

The higher clock speeds are part of AMD’s effort to make the Raven Ridge APUs a more feasible choice for 1080p gaming. PC games are still rather sensitive to clock speeds, so AMD decided to bump up the frequencies on its new APUs, a move which it says helps offset design decisions in other areas.

For example, AMD decided on a 4+0, or single CPU Complex (CCX) configuration, even though that meant accepting a small cache size. This differs from the 2+2 configuration it ran with on its previous quad-core Ryzen processors, which enabled them to have up to 8MB of L3 cache, as opposed to 4MB now. The one CCX approach also allowed AMD to make the die compact enough for both desktop and mobile chips.

This is part of AMD’s effort to make the Raven Ridge APUs a feasible choice for 1080p gaming. PC games are still rather sensitive to clock speeds, so AMD decided to bump up the frequencies on its new APUs, a move which it says helps offset design decisions in other areas.

That said, AMD appears confident that this decision was the correct one, and it says some games can also benefit from the lower latency of a single CCX configuration.

The Zen core complex and Vega graphics are linked together via AMD's Infinity Fabric, which in turn also services clients like the multimedia engines, display engine, DDR4 memory controllers, and the I/O and system hub. 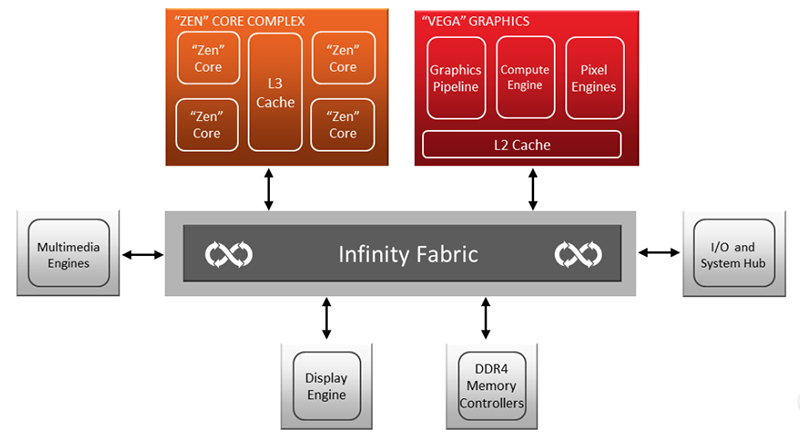 Raven Ridge also adopts an even more power efficient 14nm+ FinFET process. This is a density-optimized version of GlobalFoundries’ 14nm+ FinFET process, and it allows for smaller dies and lower operating voltages across the entire power/performance curve.

But it’s the Vega graphics at the heart of this chip that I’m going to be focusing on today. It is based on the same geometry and pixel engines as the full-fledged Vega GPUs, in addition to next-generation compute units (NCU) with support for Rapid Packed Math.

At S$237 for the Ryzen 5 2400G and S$145 for the Ryzen 3 2200G, the new APUs represent very attractive options for gamers on a tight budget. Oh, and they come bundled with AMD's Wraith Stealth cooler, so that's another expense saved. Like all other Ryzen chips, they’ll also work on the AM4 platform, although most folks exploring this price bracket will probably opt for something like the B350 chipset.

That said, let’s dive into the performance results for the Ryzen 5 2400G on the next page.