The configurations of the test setups we used are listed below. Do note the differences in motherboards and coolers between the Pinnacle Ridge and Raven Ridge processors.

The flagship Ryzen 7 2700X edged ahead here. It had the highest base clock and a total of 8 cores and 16 threads, so this result isn't surprising. A look at the score breakdown shows that the differences are the most stark in media creation and data/financial analysis, where higher core and thread counts help it handle the more heavily threaded workloads.

In comparison, there were smaller differences in the office productivity workloads, which comprise more basic applications that don't require strong multi-threaded performance and focus more on clock speeds instead. After all, it's telling that the Ryzen 7 2700X was 20 per cent faster than the Ryzen 5 2400G in terms of office productivity but a good 42 per cent ahead for data/financial analysis. 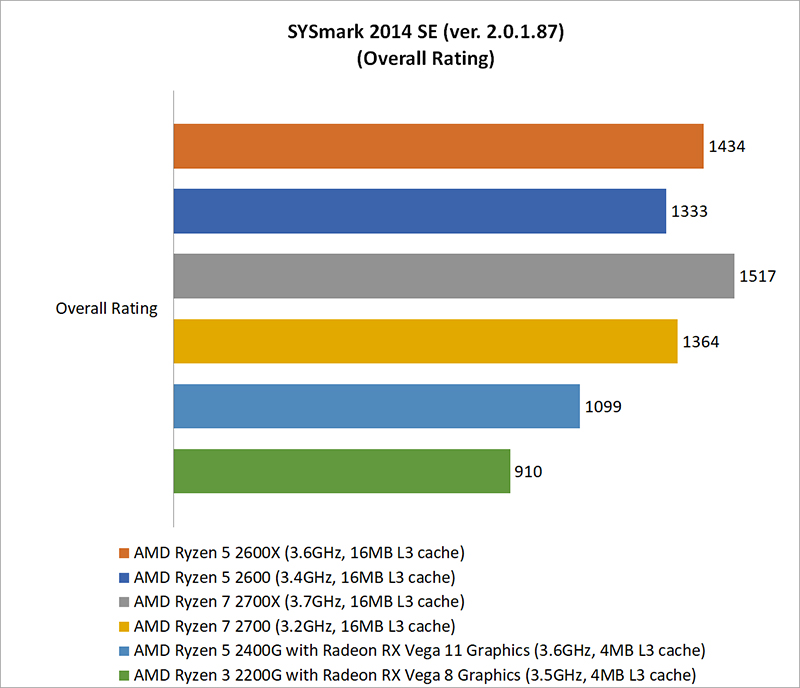 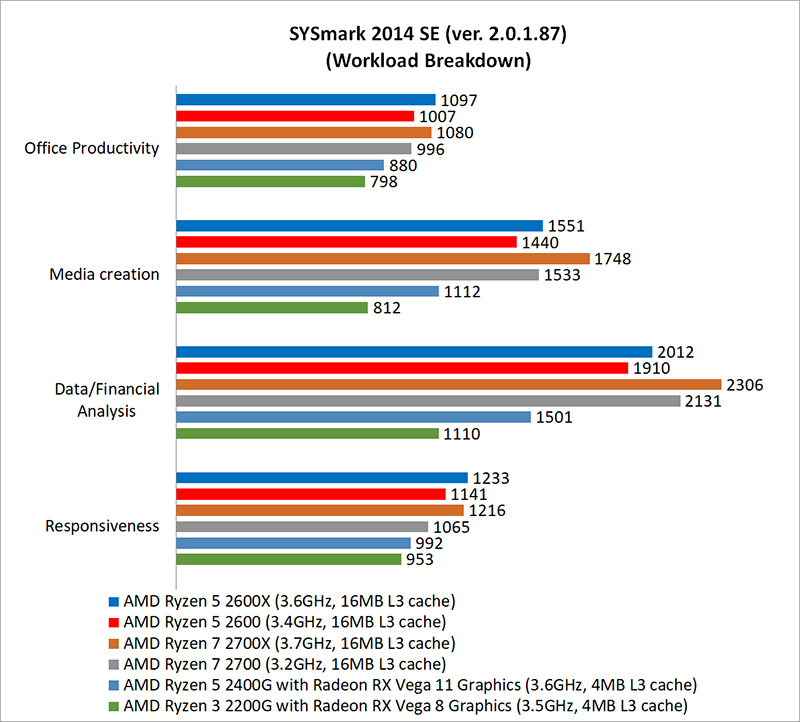 SPECviewperf 13 doesn't seem to scale well beyond six cores, and the Pinnacle Ridge chips all performed very closely to each other. 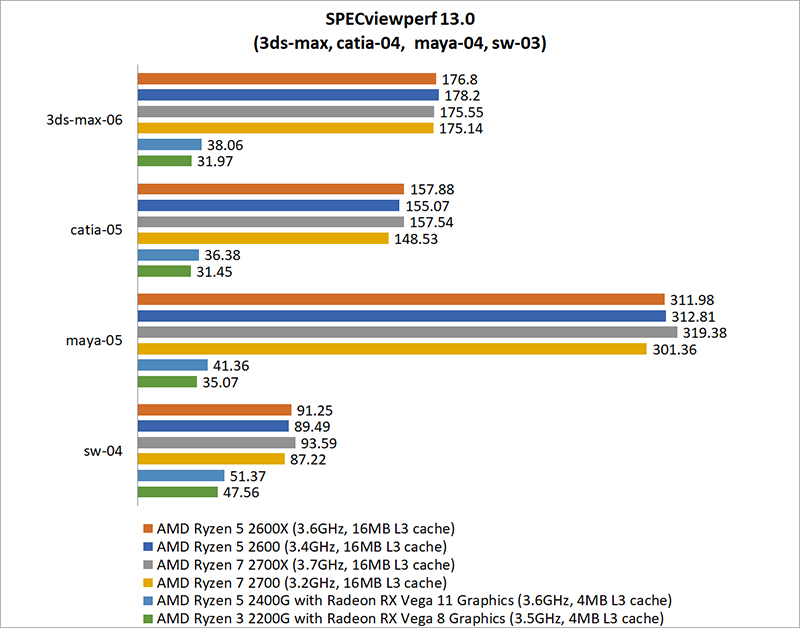 It's here that a high number of cores and threads really shine, and the Ryzen 7 2700X outstripped even the Ryzen 2700 by a good 16 per cent. 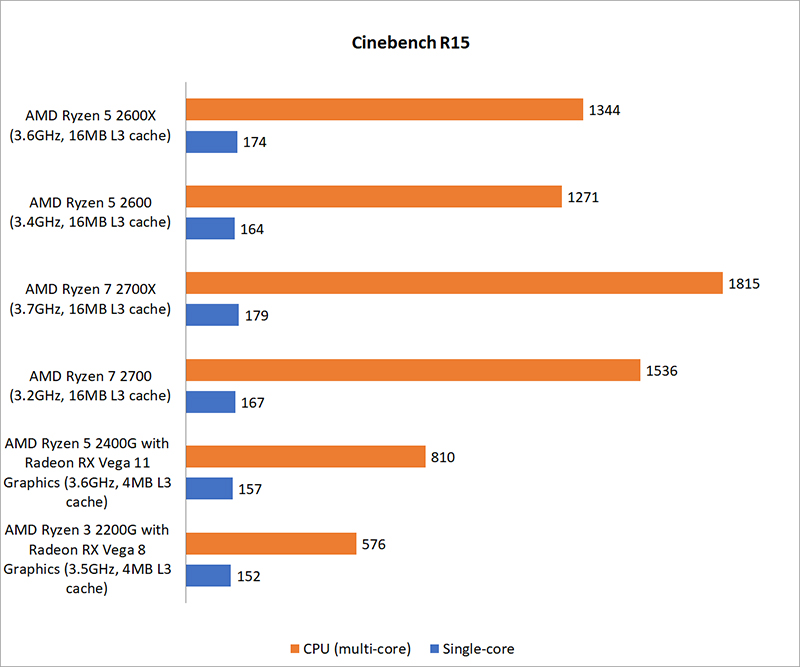 The Raven Ridge APUs don't even come close to challenging the Pinnacle Ridge chips, which isn't surprising given that they're designed for more basic productivity tasks. However, if you're looking to get into streaming or work extensively with video, you'll see an obvious benefit in shelling out for the flagship Ryzen 2700X. 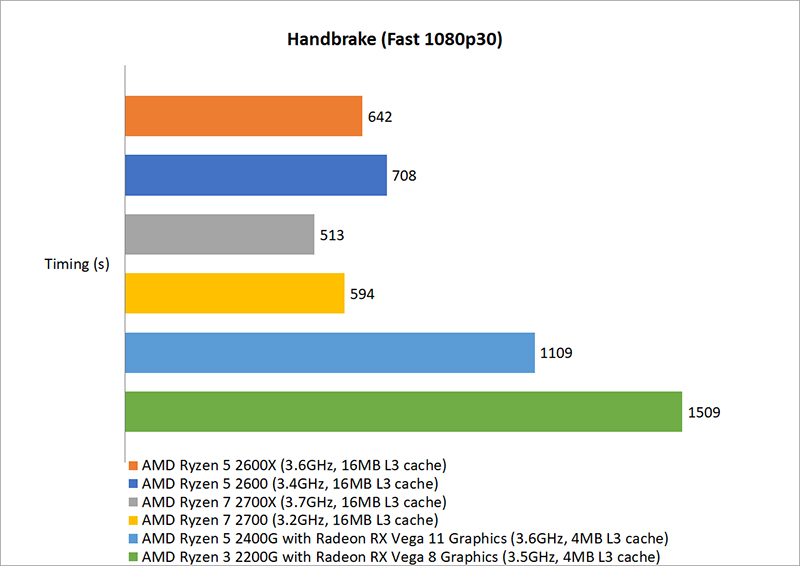 To test temperature and power consumption, we ran the AIDA64 Extreme CPU stress test and the energy-02 viewset in SPECviewperf 13.0 respectively, taking note of the peak values the chips achieved. For power consumption, this refers to the total system power draw from the power outlet.

It’s impossible to directly compare temperatures across all the chips given that we used different coolers for the Pinnacle Ridge and Raven Ridge chips, so these figures are better taken as a rough indicator to the temperatures you can expect under load.

Despite its higher 105W TDP, the Ryzen 7 2700X didn't in fact draw more power than the other chips at stock settings. 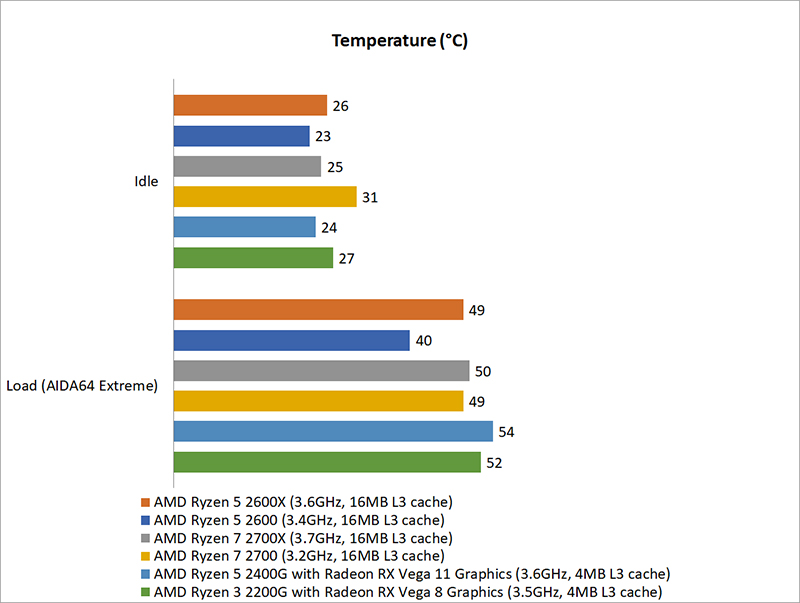 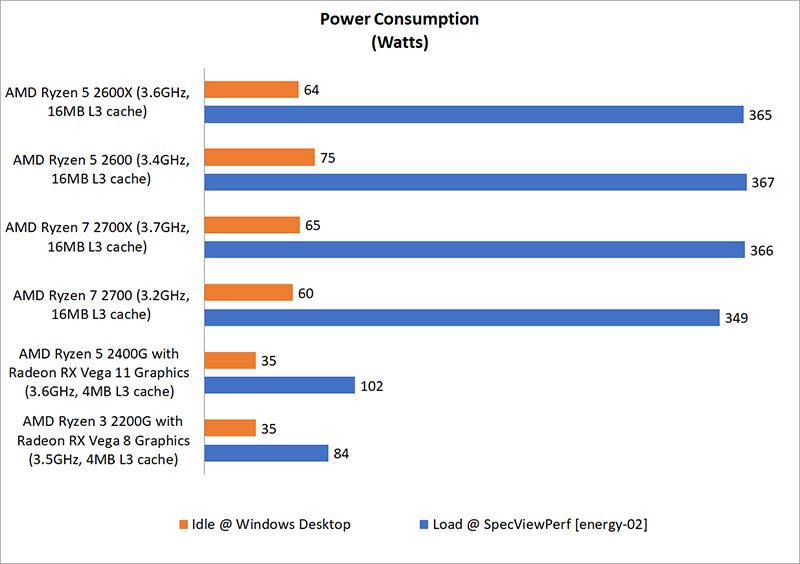