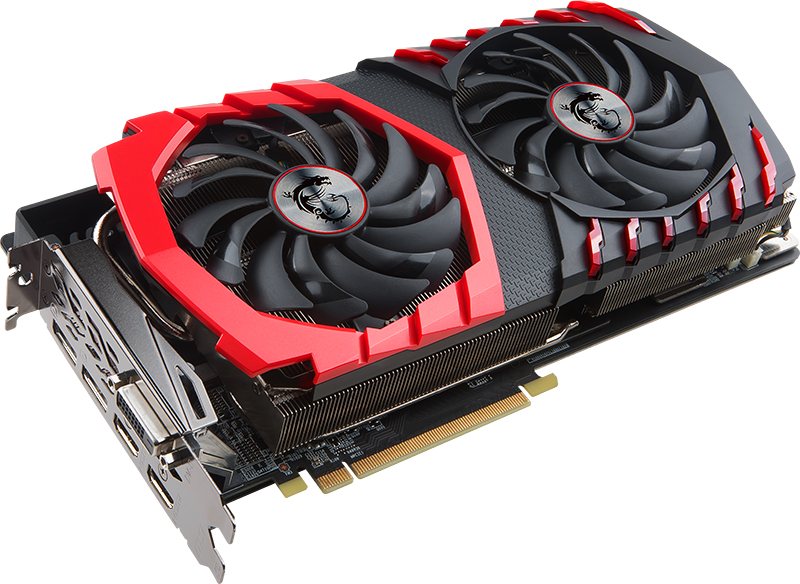 As a member of MSI’s expansive Gaming series of cards, the Radeon RX 580 Gaming X+ 8G is a familiar sight. We’ve seen the red-and-black cooling shroud countless times before, and even on previous-generation cards, so hardly anything has changed when it comes to appearances.

Under the hood, there are minor refinements coming from the Radeon RX 480 in the form of a refreshed Polaris architecture based on a third-generation 14nm FinFET process, higher clock speeds, and more efficient power consumption.

More specifically, you should find that power consumption is lower while watching video or running multi-monitor setups. This is because AMD added a mid-power memory clock state for applications that require higher memory clocks, such as video decoding and multi-monitor operations, can operate at instead of ramping straight up to the highest and most power-hungry state. This helps save power, as the memory doesn’t run faster than it needs to. 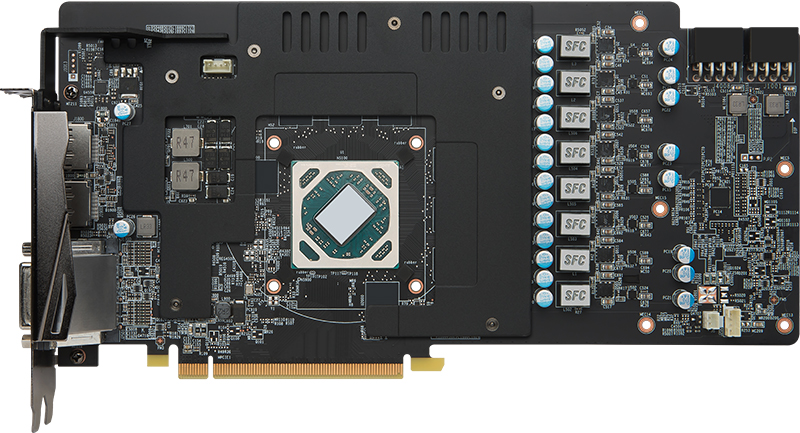 However, as we’ll see in the results section, overall power consumption is still higher than the previous generation because of the more aggressive clock speeds. This is reflected in the TDP figures as well, where the Radeon RX 580 has a 185 watt TDP versus the 150 watts for the Radeon RX 480.

But overall, the Radeon RX 580 only nets a small jump over the Radeon RX 480, so it is not really intended as an upgrade option over that card. Instead, AMD is going after those users who are running far older hardware such as the Radeon 200/300 cards or NVIDIA GeForce GTX 700/900-series GPUs. At its heart, the Radeon RX 580 is still using the same Ellesmere GPU as the RX 480, so this is yet another instance of AMD re-branding an old product for a new generation. 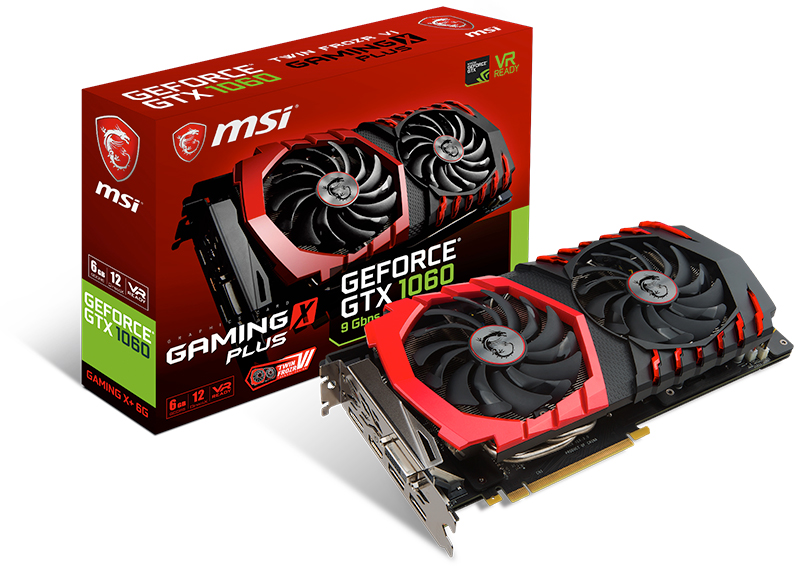 Still, that’s up from the 192.2GB/s on the original Founders Edition card (and 194.6GB/s on the Gaming X version in OC mode), thanks to the faster 9,026MHz memory (it was set at 8,008MHz before). The higher bandwidth should give it a small performance bump, but it's limited to just a few percentage points.

Here’s a snapshot of the specifications of both cards: 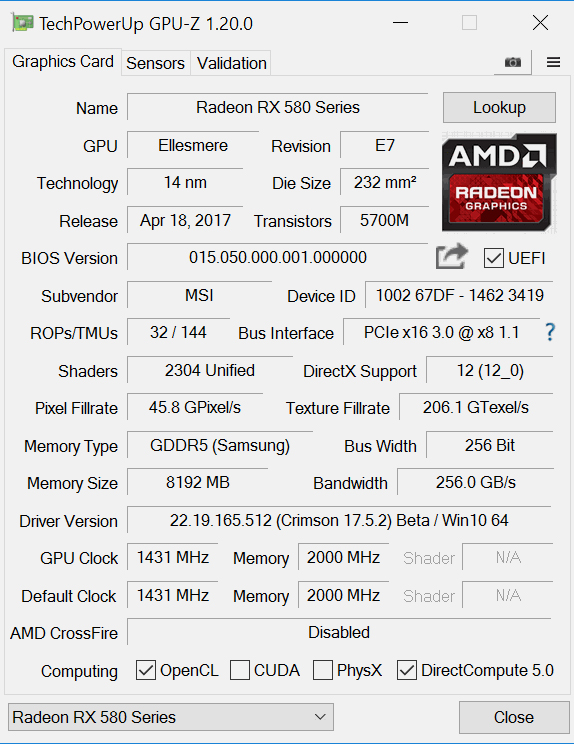 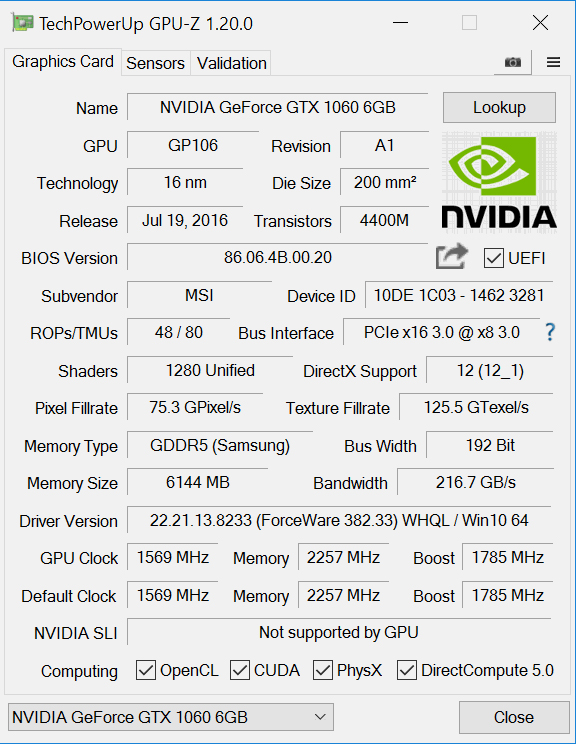 Because both cards are both Gaming X+ models from MSI, their feature set is practically identical, so we won’t be discussing them separately. Instead, we'll focus on highlighting certain design differences, such as their dimensions, power requirements, and heatsink layouts.

For starters, they both utilize MSI’s Twin Frozr VI cooler, which relies on a nickel-plated copper base plate that connects to 8mm-thick heatpipes to channel heat away from the GPU. However, the VRMs and GDDR5 memory on the Radeon RX 580 actually have additional heatsink shielding placed directly above them, but the GeForce GTX 1060 has just a single large GPU base plate. 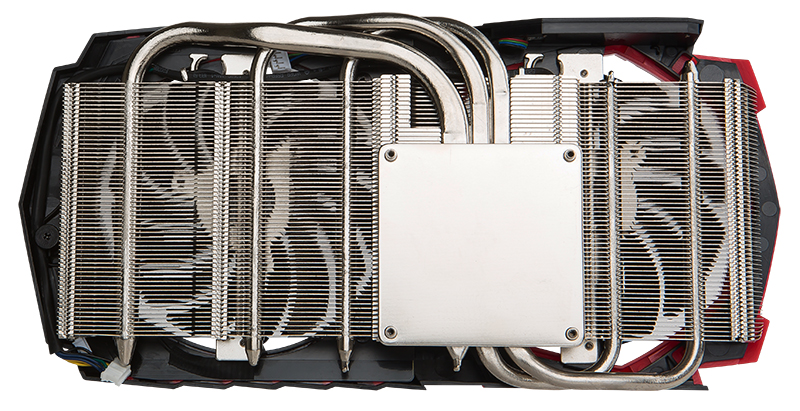 The dual Torx 2.0 semi-passive fans will stop spinning when the card isn’t working that hard, which translates to a temperature threshold of around 60°C. Above that, the fans will start up, but the good news is that they remain relatively quiet and never become overly bothersome.

We should point out that these are both fairly large and wide cards for the performance they offer. At 140mm across, they are the same width as the MSI GeForce GTX 1080 Ti Gaming X, so you’ll want to take note of this if you have an extremely narrow chassis. Having said that, the Radeon RX 580 card is actually quite a bit thicker than the GeForce GTX 1060, as much as a centimeter more as opposed to the NVIDIA card and it requires slightly more than the standard 2-slot allowance. This is probably due to its higher power draw, which necessitated a beefier heatsink design. If you refer back above, you can see that that the Radeon RX 580 has a more complex heatsink array, more cooling base and more heatpipes than the heatsink solution designed for the GeForce GTX 1060 OC. Is this a sign of AMD pushing the limits of the Polaris architecture?

As a result, while the GeForce GTX 1060 has just a single 8-pin PCIe connector, the Radeon RX 580 has two of them. That actually seems like quite an onerous requirement for a card of its caliber, and power efficiency is still the GeForce GTX 1060's strongest suit.

Both cards also feature a metal backplate for extra structural reinforcement. There are small design differences between the two, with the Radeon RX 580 Gaming X+ 8G featuring a more subtle black dragon decal (the dragon is a lighter gray on the GeForce GTX 1060). 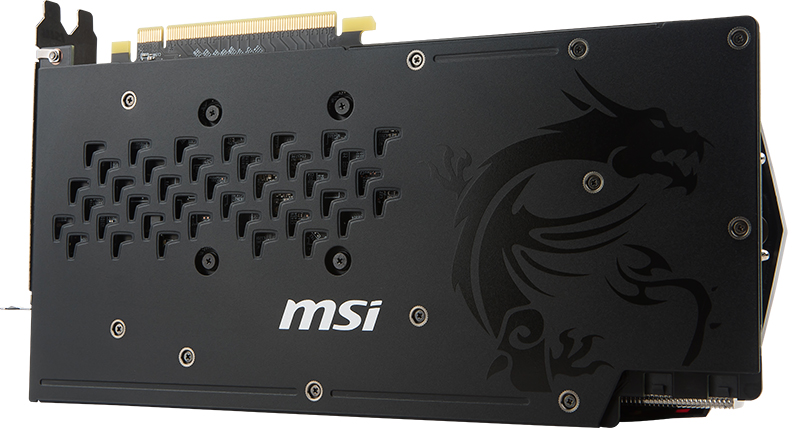 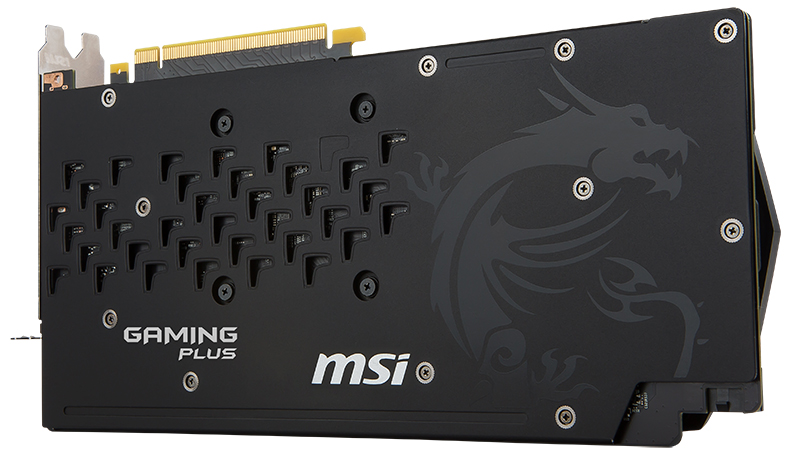 The final difference is the selection of display output connectors – the Radeon RX 580 has one DVI-D port, two HDMI ports, and two DisplayPort connectors, while the GeForce GTX 1060 swaps out one of the HDMI ports for a third DisplayPort output. This won't matter too much to most folks, but the Radeon RX 580's implementation may prove slightly better for those who want to connect an HDMI display and VR headset at the same time (without converters).