A new look for AMD 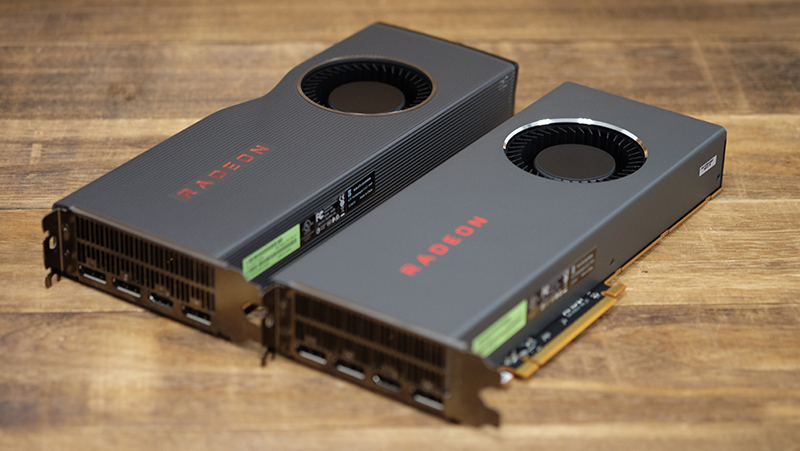 The new Radeon RX 5700 XT and 5700 both feature GDDR6 memory and PCIe 4.0 support, making them the only consumer graphics cards at the moment to support the latest PCIe standard. PCIe 4.0 offers twice the interconnect bandwidth of PCIe 3.0, or up to 16GT/s per lane, but we're not yet at the point where single GPU configurations can really benefit from that.

That aside, the Radeon RX 5700 XT is clearly the one with the more eye-catching reference design. Unlike NVIDIA, which has implemented the same design for all its Founders Edition cards, the Radeon RX 5700 XT has a sleek, grooved chassis that kind of evokes some sort of futuristic body suit, while the Radeon RX 5700 is little more than a featureless gray slab. The latter also lacks any sort of backplate, leaving the PCB completely exposed. 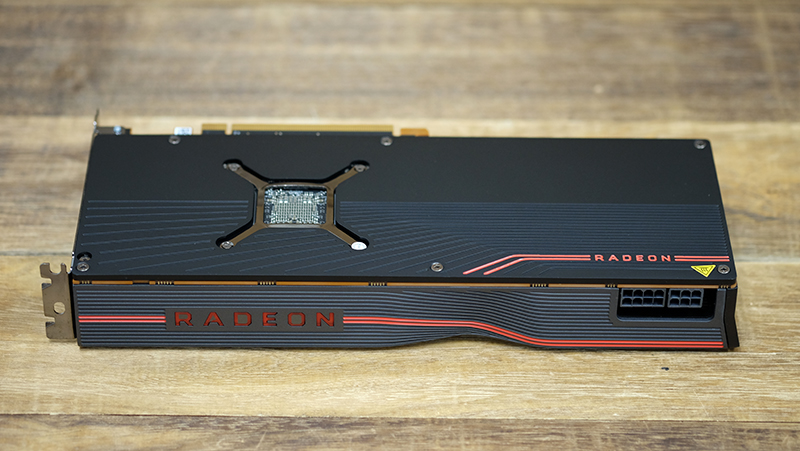 Then there's that funny quirk in the side of the Radeon RX 5700 XT. At first it looks like an optical illusion, brought about by some clever kink in the grooved lines running along the card's side. But it's no mirage, and there's an actual dent in the side, adding a further bit of intrigue to the card's design. It's completely for show though and doesn't do anything apart from adding some visual interest to the card's design. 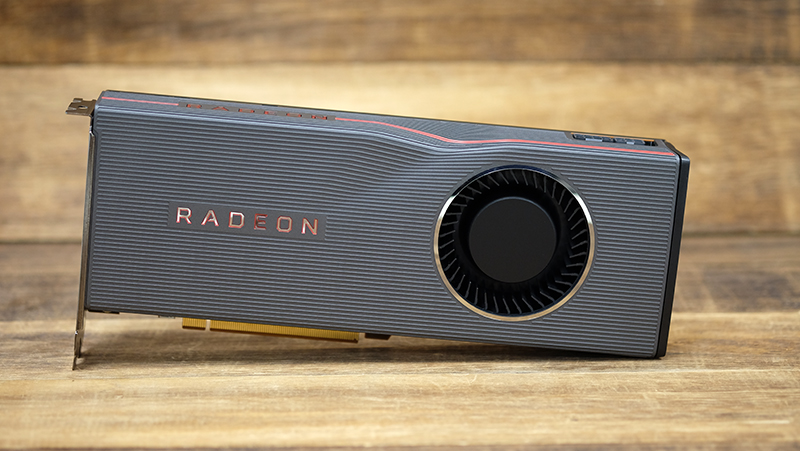 Both cards are cooled by blower fans, which means they'll be pretty happy in small form factor cases since they dump air out the back. In terms of power connectors, they both also have the same requirements with one 8-pin and one 6-pin connector, and a 7-phase power delivery subsystem for overclocking.

When it comes to build quality though, there's no way they measure up to NVIDIA's Founders Edition cards. I wouldn't call them poorly built – they sure feel solid enough – but it's difficult to beat a card that has a full aluminum shroud. 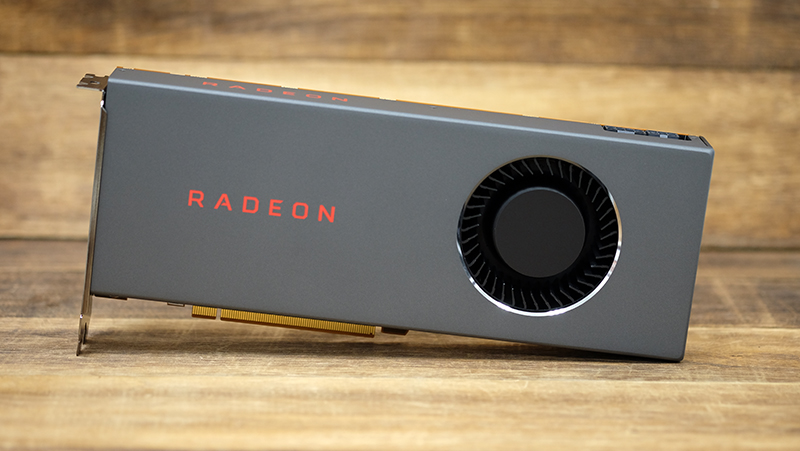 One new specification you'll notice is Game clock. It's exactly what it sounds like, and is intended as an indicator of the typical boost frequency you can expect from your average game. AMD wanted gamers to be crystal clear about what they would be getting from these cards, so the Game clock helps set expectations for what frequencies you should be getting while gaming. That said, AMD says you should still see clock speeds in excess of the Game clock pretty frequently.

The Game clock is also probably best compared with NVIDIA's boost clock, where both refer to sustained speeds achievable in game. On the other hand, AMD's boost clock is better thought of as something like a burst clock, which can be achieved during spikes in the graphics processing workload.

With the details out of the way though, it's finally time to take a look at their performance, which is probably what you've really been waiting for.