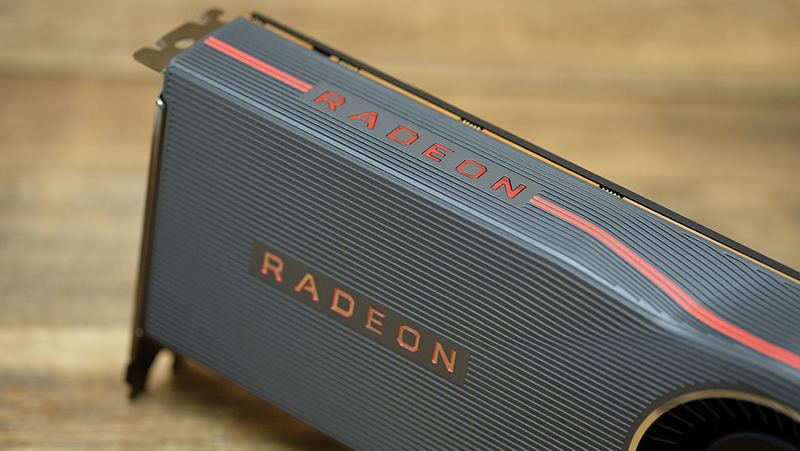 I'm not sure anyone was really that excited about AMD's Navi GPUs (as opposed to its Ryzen 3000 processors), but I think there's actually quite an interesting story to tell here. After yesterday's price drop, the Radeon RX 5700 XT and 5700 suddenly became a whole lot more intriguing. They now cost S$635 and S$535 respectively, well within the range of custom NVIDIA partner cards.

While AMD seemed to originally be setting up the Radeon RX 5700 XT for a comparison with the GeForce RTX 2070, and the Radeon RX 5700 for the GeForce RTX 2060, that's completely changed now. One way of looking at the price slash is that the company was simply caught off guard by the release of NVIDIA's Super cards, desperately trying to remain competitive. But there may be something else going on here as well, and maybe a juicy bit of cutthroat corporate rivalry.

On 4 July, AMD's Scott Herkelman tweeted out "Jebaited", a cryptic message that suddenly makes a lot of sense. If you're one for drama, you could argue that AMD baited NVIDIA into pricing the Super cards the way it did, all the while planning to drop the price close to launch.

Still, regardless of whether AMD really is as canny as Herkelman's tweet suggests, the Radeon RX 5700 XT and 5700 are both fearsome contenders in the mainstream. At virtually the same price as the NVIDIA GeForce RTX 2060 Super and 2060, they are consistently faster than both NVIDIA cards. That makes for some stiff competition, and if I were NVIDIA I'd be pretty worried.

However, it's worth mentioning that NVIDIA still has the upper-hand when it comes to real-time ray-tracing. At the moment, that isn't a super big deal since not many titles use it, but E3 saw a slate of AAA games announce support for the feature, including hotly anticipated titles like Cyberpunk 2077, Watchdogs: Legion, Call of Duty: Modern Warfare, and Atomic Heart. When 2020 rolls around, it's possible that the Radeon RX 5700 XT and 5700's lack of ray tracing acceleration will feel slightly more glaring.

But while it might take some time for people to get used to thinking of AMD as a viable option for a gaming graphics card again, it no longer seems like such a stretch. You can worry all you want about future-proofing, but that concept is also at odds with yearly hardware release cycles, and the fact remains that these AMD cards are very, very good.

The GeForce GTX 1060 is NVIDIA's best-selling GPU, according to Steam's hardware survey, so it's clear that the majority of consumer dollars are still going toward mid-range GPUs. The GeForce GTX 1060 is also going on three-years-old, so many folks who bought the card then may very well be on the lookout for an upgrade. When that happens, there's a good chance that they'll run into Navi's waiting arms.