Unfortunately, all the cards here use different coolers, so the temperature numbers can't really be taken as a fair comparison of how hot the chips are relative to each other.

That aside, power consumption numbers are pretty decent, with lower idle power draw than the GeForce GTX 1660 and only slightly higher peak power numbers. 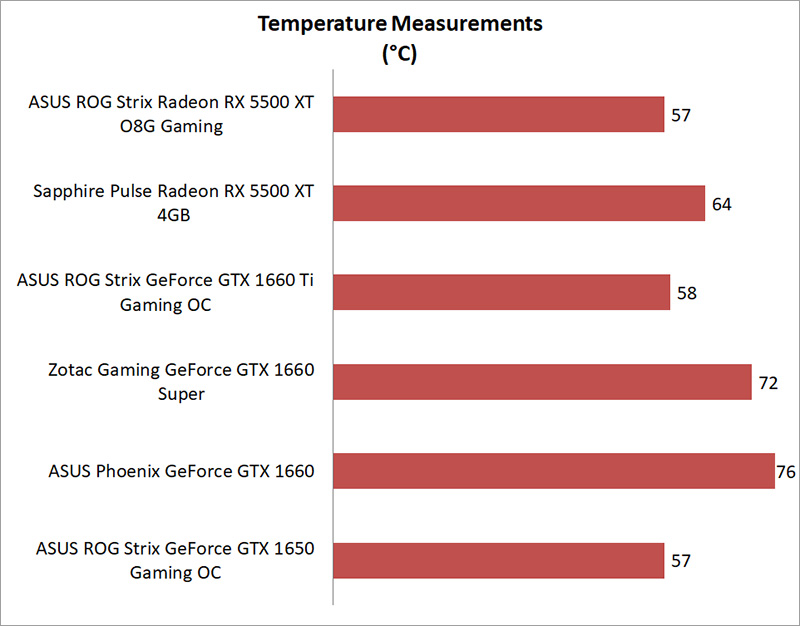 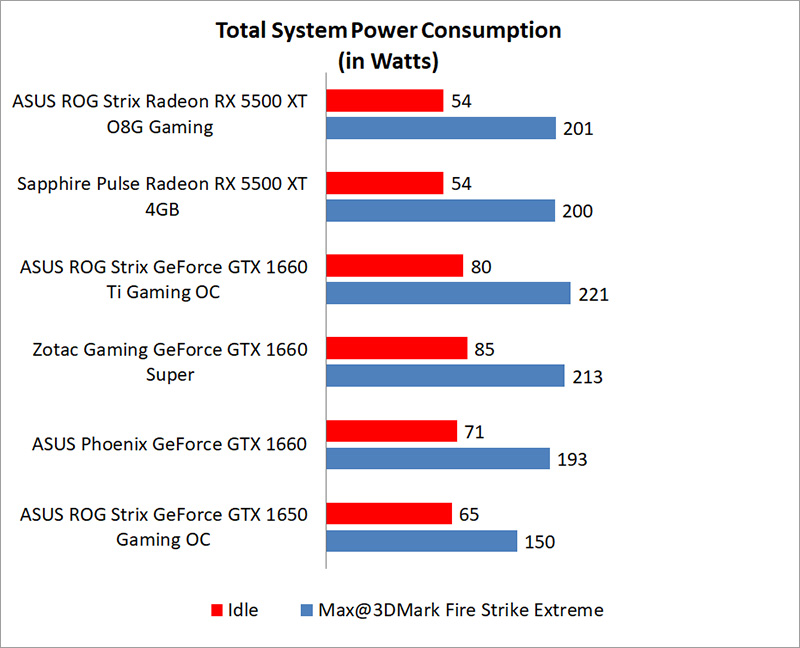