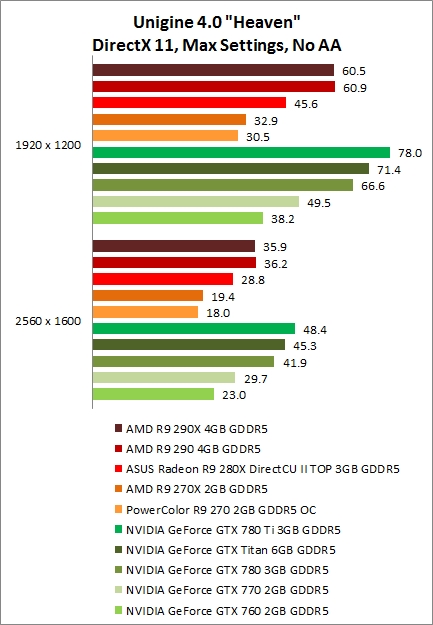 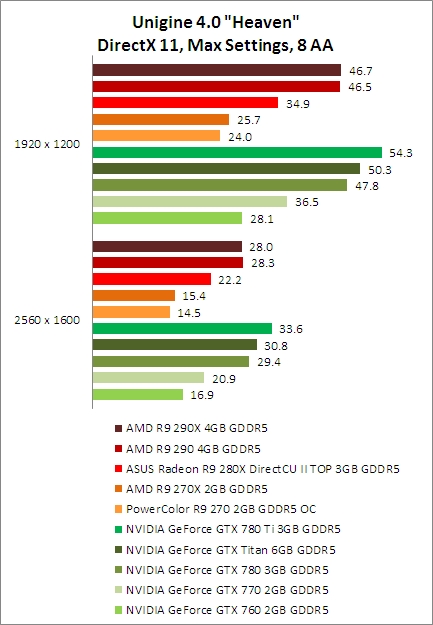 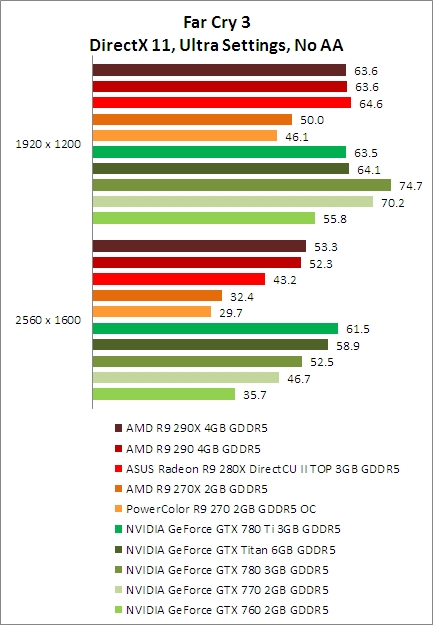 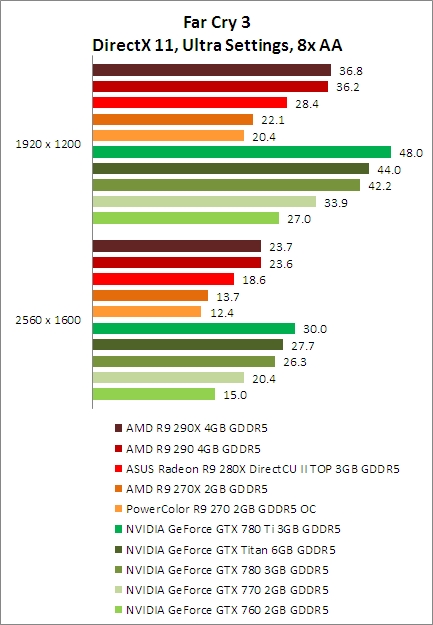 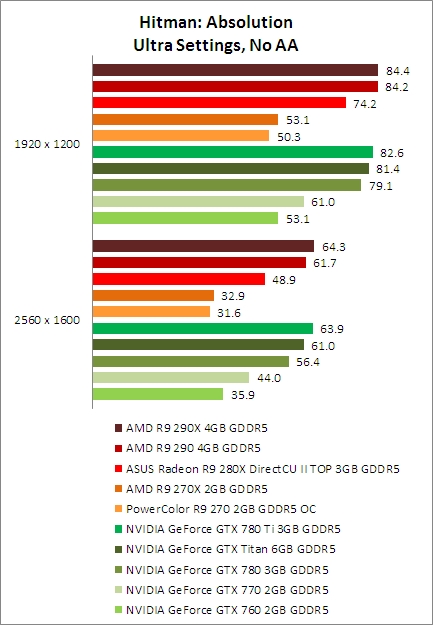 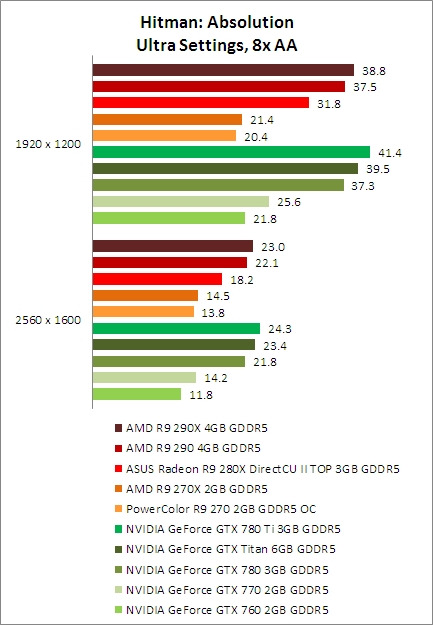 Generally speaking, across the three gaming benchmarks, we can clearly witness the strong performances of the NVIDIA cards again. In most cases, the R9 cards were trailing behind - except in Hitman where both AMD and NVIDIA opponents performed quite competitively. The 290X and 290 GPUs, with their new Hawaii cores, only managed to edge out the GTX 780 on most occasions. We also noted the neck-to-neck performance of both R9 290 GPUs. At times, the R9 290 even outperformed the more powerful R9 290X. The ASUS R9 280X card, based on the previous generation Tahiti XT core, has middling performance as it ranked ahead of the GTX 770 in some test scenarios and also trailed it in other test scenarios.

The 270X and 270 were no match against the GTX 760 though the NVIDIA card's winning margin was rather marginal in general. Given their price point, it would seem that in these games, you would get a better deal from the Radeon R9 270 cards as they are much more affordable with hardly any perceptible loss in capability over the GTX 760. After all, at those performance levels, you're really looking out for good performance characteristics at the resolution of 1920 x 1200 pixels or lower.