The new AMD Radeon R9 and R7 series were launched in late September this year with much fanfare. For AMD fans expecting the Radeon 8000 series, it appeared the company decide to embark on a different path, in order to signify their commitment "to bring about a more immersive gaming experience." 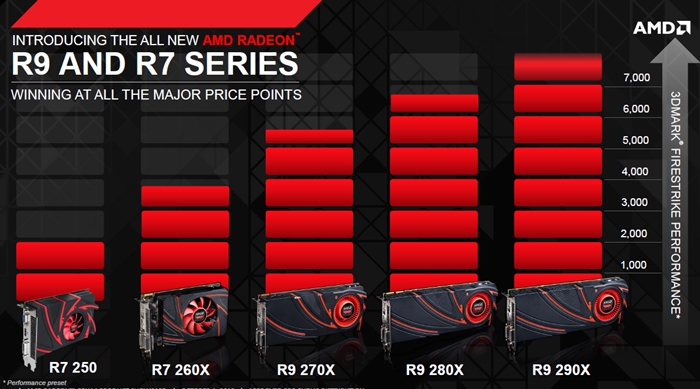 At the initial launch, the members of the higher end R9 series consisted of the 290X, 290, 280 and 270X. The 270 was recently added to this series in mid November. On the other hand, the R7 series is reserved for casual PC gamers who don't happen to own high-end PC components. In addition to launching the new GPUs, AMD also took the opportunity to introduce their new initiatives like the updated AMD PowerTune technology and Project Mantle. The new PowerTune takes into consideration operational factors like fan operation, temperature and power draw as it attempts to optimize the GPU core's performance. Project Mantle is the new programming API that will allow game developers "tap into the hardware capabilities of AMD's GCN-based GPUs and unleash the full performance potential of the GPU in an efficient manner." The former is applicable only on the new R9 290 series (due to the new Hawaii core), while the latter technology is supported across the R9 and R7 series.

There is also the new AMD TrueAudio technology; however, it is currently only supported by three GPUs; the R9 290X, R9 290, and the R7 260X. AMD TrueAudio incorporates a fully programmable audio engine as part of the GPU die. This is to allow for accurate real-time positional audio rendered, and at the same time, have the capabilities to process several streams and voices simultaneously for creating a realistic gaming atmosphere. Since the new audio engines is on the GPU die, the host CPU is free up from this computational taxing tasks. In line of promising a more immersive gaming experience, AMD has also expounded on the visual benefits of 4K gaming, however, only the R9 290X has the required graphic compute throughput to drive a 4K display in gaming.

In terms of new GPU architecture, only each of the two 290 series GPU cores has an updated one, codenamed "Hawaii". Most of the other GPUs pretty much rehash existing graphics cores from the AMD Radeon HD 7000 series. However, for the R7 260X, despite its core being based on the old Graphics Core Next (GCN) architecture, it sports a new ASIC (Application Specific Integrated Circuit), enabling it to support the new TrueAudio technology for the mainstream gamers.

As you can see, while AMD is launching the entire Radeon R9 and R7 series as a bid to refresh their offerings, there are so many nuances between the lineup that may well lead to some confusion as to what's really new, even for diehard AMD fans. As such, we'll take a closer look at the members of the Radeon R9 series to clear up any uncertainties and how the 'new' AMD Radeon R9 competes against the established NVIDIA GeForce 700 sereies

Despite the fact that the both R9 and R7 series were announced on the beautiful tropical island of Hawaii, only the R9 290X and 290 graphics core can lay claim to the fact that they share the same moniker as the island. The Radeon R9 290 series is indeed completely a brand offering from AMD. 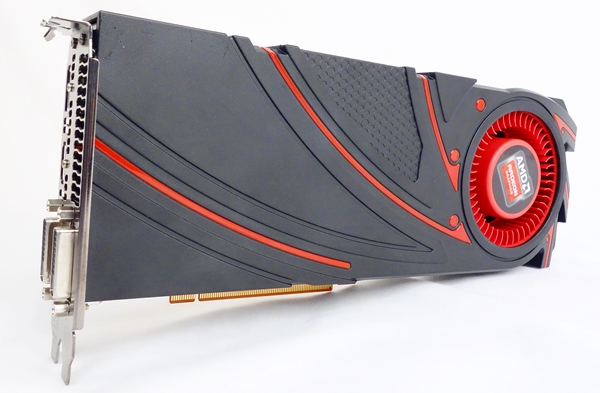 The Hawaii core features an improved GCN architecture that is still based on the 28nm fabrication process, and the new core supports up to 44 GCN compute units. This is in comparison with the 32 compute units of the previous generation top-end Radeon HD 7970. At the same time, both R9 290X and 290 cards sport an ultra wide 512-bit memory bus, increasing their memory bandwidths to a theoretical ceiling of 320GB/s. With reference to the table above, the differences between the two R9 290 GPUs are in the number of texture mapping units and stream processors. This difference is directly a result of the number of compute units enabled in each of their stream engines (there's a total of four on each GPU). The R9 290X sports 11 compute units per stream engine for a total of 44 compute units. The R9 290, on the other hand, has 40 compute units. On the surface, especially in the form of their respective reference cards, they look almost identical.

To some extent, you'll also find that both the Radeon R9 290 GPUs rank similarly in our test segment as there's not a whole lot differentiating them. This is despite their wide price differential (US$549 vs. US$399) that might suggest to consumers that the R9 290X is far superior product. Would this mean the Radeon R9 290 is a value enthusiast's best friend? We'll fill you in on those details at the end of the article along with how it goes up against the GeForce GTX 780 series that it competes with.

There are a few other notes about the new R9 290 series, so we'll finish explaining those bits first. The R9 290X card has dual BIOSes. There is a BIOS switch at the top, which toggles between two modes; quiet mode and uber mode. 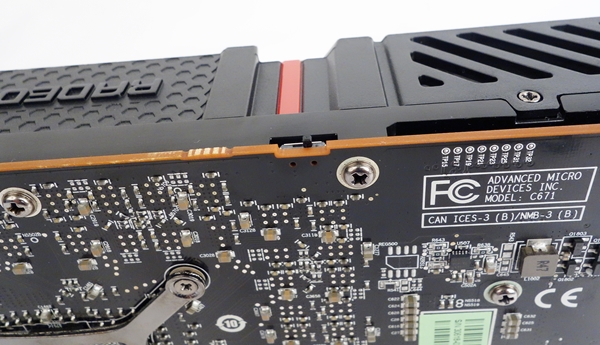 In quiet mode, acoustics take center-stage as the card's performance is primed so as not to create too much additional noise. In uber mode, the card will perform optimally, and this mode is recommend for AMD CrossFire configuration. During our testing, the R9 290X card was in uber mode. The R9 290 card has the same BIOS switch; however, it toggles between two set of BIOSes, where one functions as a backup to the main BIOS. This card doesn't feature the acoustic-tuning function, unlike the R9 290X.

In terms of video connectivity options, each card offers two dual-link DVI ports, one HDMI port and one DisplayPort output. Discounting the presence of the DisplayPort port, this new arrangement allows for 3x DVI/HMDI connections simultaneously. This allows you to connect to a multitude of monitors readily as compared to more restrictive dual combination of DVI/HDMI of the previous generation of Radeon HD 7000 series. DisplayPort will of course help you expand your options further (the GPU has six display controllers onboard the GPU die), but DisplayPort-ready monitors are still fairly limited and require you to get costly adapters and cables for connectivity.

The Radeon R9 280X is the odd man out as it doesn't have a vanilla R9 280 counterpart (yet). We didn't receive a reference card from AMD; instead, we fielded the ASUS Radeon R9 280X DirectCU II TOP 3GB GDDR5 as our representative. The card features a slightly overclocked Tahiti XT core, with 3GB of GDDR5 video memory rated at 6400MHz, a 7% increment over the default 6000MHz of the reference R9 280X.

As pointed out in our original review of this card and GPU, for all intents and purposes, it's identical to a Radeon HD 7970 GHz edition in terms of performance and expectations but given a new branding. Given the slight increase in clock speed of the ASUS edition, it's an ideal representative of a Radeon R9 280X and most custom edition variants that are in the market. Priced on average from US$299, AMD initially fielded this against the GeForce GTX 760 in its comparisons, but as we've come to know from testing, it's a much better fit to be compared against the GeForce GTX 770, but without the latter's hefty price tag. While the GeForce GTX 770 has recently revised its price down to US$329, it will take a long time before actual store prices reflect its updated standings. And even then, both cards are fairly well matched, but who's the better of them? You'll find out soon enough as we count down to the showdown on the last page. 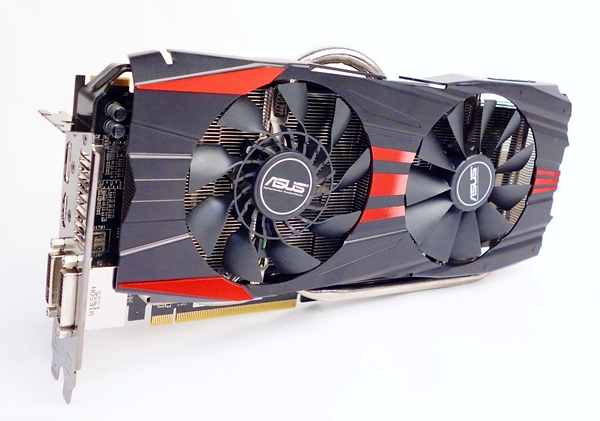 Based on our earlier experience with the card, we felt it is an ideal option for those upgrading from two generations ago or older graphics cards, such as the Radeon HD 5000 or 6000 series. Read on to see how this and the rest of the Radeon R9 series compares with the green camp.