AMD is very proud of the fact that Brazos is the company’s best selling notebook platform ever. Conceived to do battle with Intel’s Atom offerings back in the days of the netbook, Brazos-equipped netbooks were often preferred thanks to their superior graphics performance. The powerful integrated Radeon GPUs made short work of HD videos, making them excellent for as a device for media consumption and light computing.

Unfortunately for Brazos, sales of netbooks dipped considerably after the launch of the iPad, which subsequently led to a boom of tablets. Thanks to their sexier form factor, intuitive touch interfaces and excellent battery life and portability, in 2011, sales of tablets overtook netbooks for the first time. 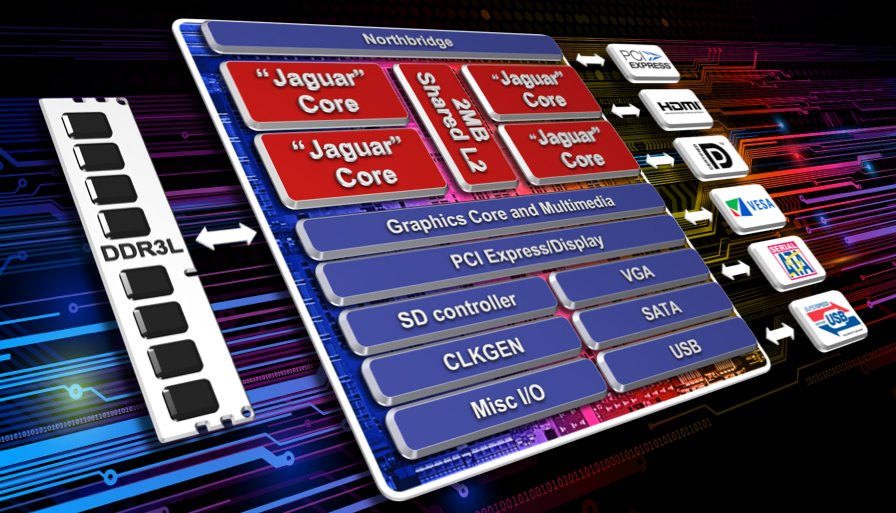 However, tablets could not provide the same kind of computing experience as a full-fledged computer and realizing that there was still a market there, Intel introduced the Ultrabook concept when they launched Sandy Bridge, their processor to integrate both compute and graphics processing elements on the same die - though not with the same purpose of AMD’s APU. The idea for Intel was to create an ultra-portable notebook that had decent performance but with a long battery life.

This gave Brazos a fresh purpose. But by then, Intel has already made considerable headway, and so a new brand new APU was required. Enter Kabini, the successor to Brazos.

Much like Brazos, Kabini is an APU meant mostly for entry-level, mainstream low-power PCs, notebooks and HTPC applications. AMD is offering five SKUs at launch which will do battle with Intel’s low-end Core i3, Pentium and Celeron offerings. One should expect to find these APUs in entry-level notebooks and mini PCs.

In terms of updates, the most significant improvements to Kabini comes in the form of the new Jaguar microarchitecture and also the upgraded integrated GPU, which now utilizes AMD’s new GCN (Graphics Core Next) architecture, as seen in the current performance Radeon 7000 series GPUs for the desktop. And thanks to these updates, AMD is claiming performance increases of up to 88%. We will elaborate more on these upgrades in the following page.