MSI's Brazos board, the E350IA-E45 is even more similar to the Gigabyte than the ASRock. Not including the general layout, which all three boards share to a large extent, the MSI too ensures that users are covered for the near future with two USB 3.0 ports. In fact, MSI is so upbeat about USB ports that it has even removed the DVI output in favor of more USB ports, so you'll find eight USB ports in total at the rear panel. Personally, we won't miss the DVI option too much, since newer displays (especially TVs) usually have HDMI while older ones come with at least a VGA. Both coaxial and optical S/PDIF outputs are also available compared to just the optical for the ASRock and Gigabyte.

DDR3 1333MHz is supported on the two DIMM slots on this board, with the total supported memory capacity at 8GB. From the BIOS, users can assign up to 512MB of the system memory to be made available for the integrated graphics.

A single closed heatsink with cooler fan is present, but at default, it was running a bit too loud for our liking. We recommend adjusting the fan speed in the BIOS if that's the case. Temperatures were generally very low, no doubt due to the fast spinning fan, and we recorded around 32 degrees Celsius for the heatsink. 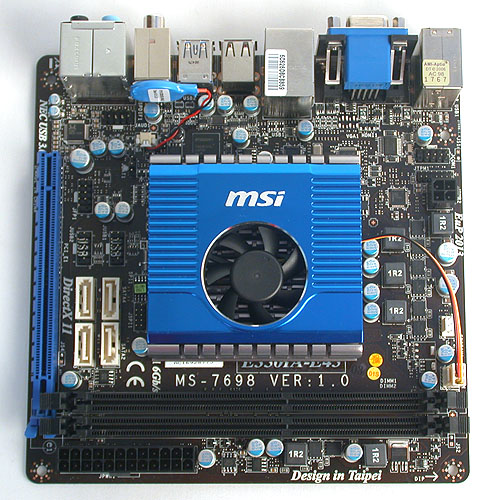 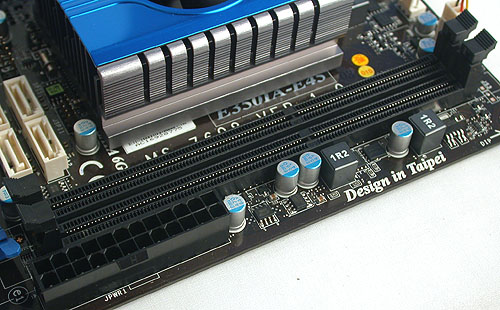 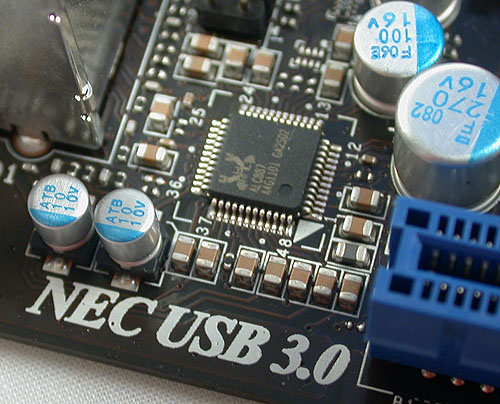 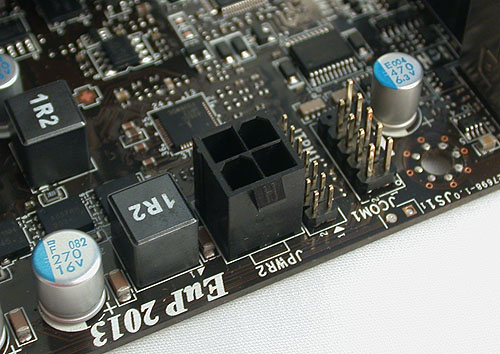 Like the other Brazos boards, layout wasn't much of an issue on the MSI, despite the limited PCB space on the mini-ITX form factor. MSI has also opted for solid capacitors to ensure a certain level of quality, so it should probably cost a bit more than the ASRock. MSI's other distinctive technologies and features, like OC Genie and DrMOS are unsurprisingly not found on this budget board.

However, we were rather pleased with MSI's EFI BIOS on the E350IA-E45. Unlike the implementation we saw on MSI's P67 boards, the version here removed the fancy eye candy interface elements, leaving a clean and most importantly, a responsive user interface. Now, if we could only find that on MSI's higher end boards. As expected, there were few overclocking tweaks, DRAM voltage is just about the only thing you can adjust, along with memory timings and frequencies. Adjusting the integrated graphics clock doesn't seem possible from the BIOS. 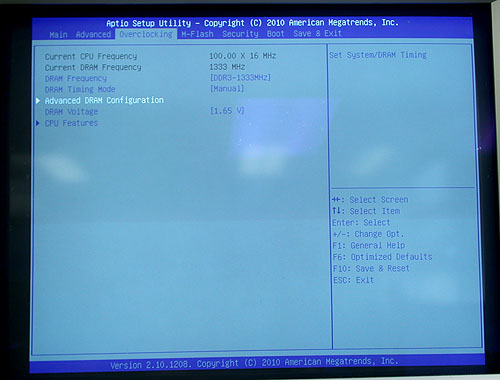