Next up, Gigabyte's E350N-USB3 has its main selling point right on its name - USB 3.0. Thanks to the usual third-party controller, the Gigabyte comes with two USB 3.0 ports at the back. It helps to make this board more modern than the ASRock and complements the native SATA 6Gbps support nicely. Besides this addition, the board features are similar to what we have seen on the ASRock - a single PCIe 2.0 x16, four SATA 6Gbps ports and two DDR3 DIMM slots. There are some minor differences in implementation however.

For instance, one gets DDR3 1333MHz support on the Gigabyte, though only up to a maximum of 8GB memory. Realistically, it's more than adequate given that a single 4GB memory module is more likely to be readily available than a 8GB version currently. There's only a single heatsink that covers both the chipset and the APU, and the small cooling fan runs rather quiet. Temperatures of the heatsink however are slightly higher than the ASRock board and hovered between 40 and 46.5 degrees Celsius. 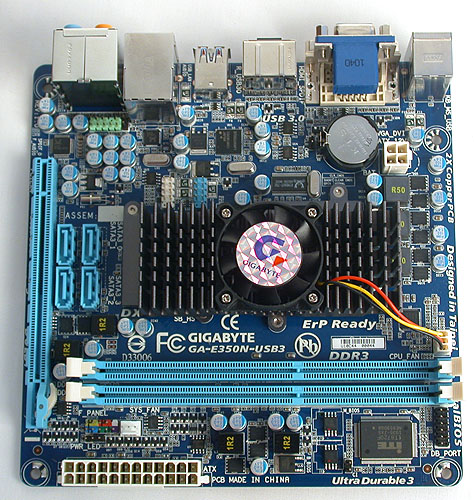 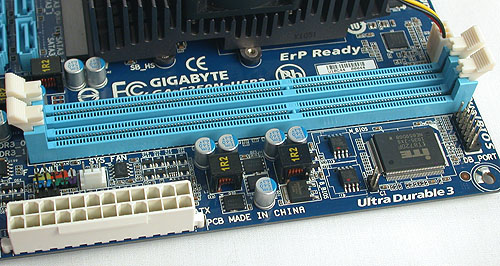 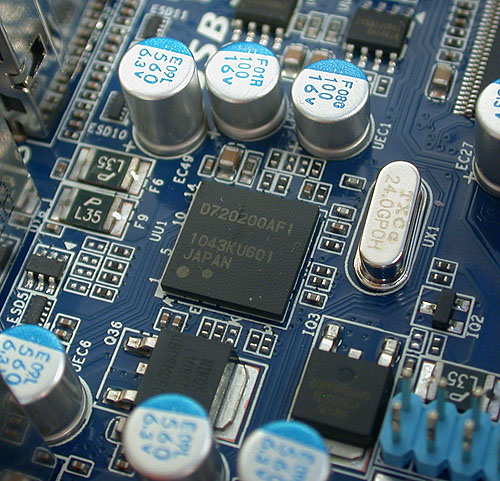 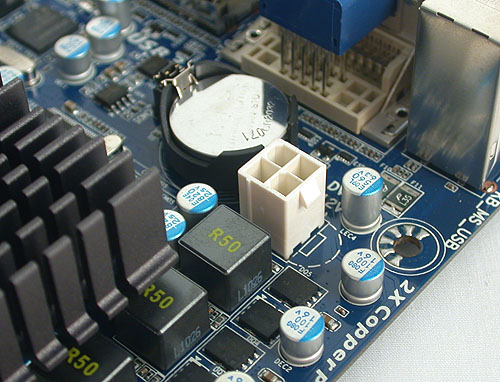 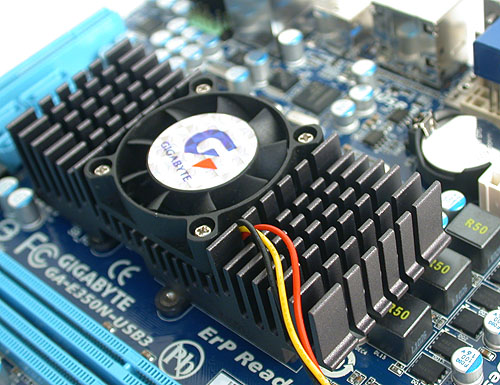 Overall, the layout of the Gigabyte is not significantly different from the ASRock. Gigabyte has managed to add its own touches, in the form of its proprietary technologies. So you get Ultra Durable 3, ensuring that you'll only find solid capacitors onboard along with twice the usual copper content in the PCB. Its ON/OFF charge feature also helps to charge your iPhone/iPod devices quickly from the USB ports.

On the other hand, there's no EFI BIOS for the Gigabyte. It's the usual Gigabyte BIOS and while there's nothing wrong with it, there's just the impression that Gigabyte missed a chance to show its innovative side here. The BIOS does have some overclocking leeway, including a 20MHz (100 to 120MHz) range for the CPU host clock and even a maximum shared memory of up to 1024MB. Users can also tweak the VGA clock manually, between 300 to 2000MHz. The default is 500MHz of course.