Our first taste of Fusion came with the ASRock E350M1. Like the other two boards in this roundup, it's in the mini-ITX form factor, with the Zacate APU embedded on the board. ASRock has gone with two small heatsinks, one for the chipset and the other for the APU, with a cooling fan on the APU heatsink. The fan itself is relatively quiet and both heatsinks were cool to the touch. Our laser thermometer recorded a peak temperature of 33 degrees Celsius during benchmarking, which bodes well for the platform's prospects in both the netbook and nettop spaces.

There are two DIMM slots for up to two DDR3 memory modules, with both operating off a single channel memory controller. ASRock has also limited the memory frequency to a maximum of 1066MHz, compared to the 1333MHz supported on the chipset. You can install up to 16GB of memory on it.

The chipset provides for four SATA 6Gbps ports, with ASRock opting for an eSATA 6Gbps connector at the rear panel. It somewhat makes up for the lack of USB 3.0 support on this board. The ports are located right next to the ATX power connector, and while they are facing upwards, shouldn't interfere with your other board components. The PCIe 2.0 x16 slot completes the expansion options on this tiny board, though with only four PCIe lanes, it's not that suitable for any discrete graphics card beyond the mid-range level. 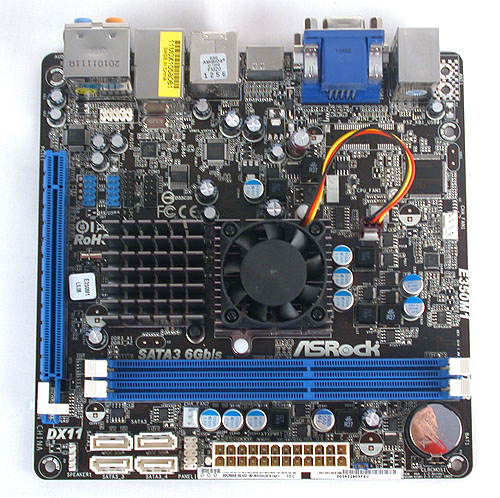 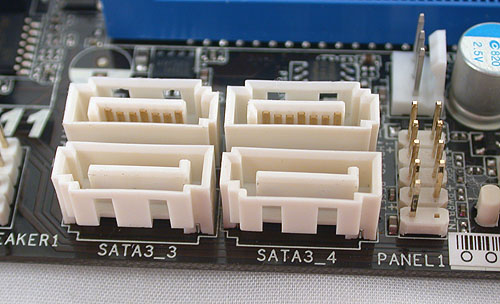 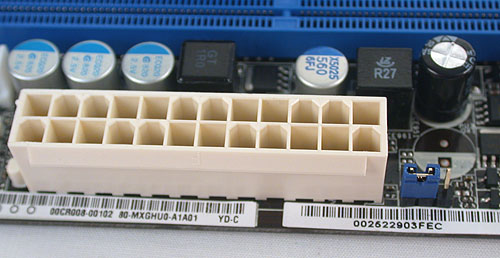 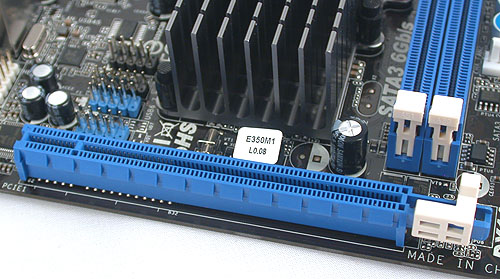 The board itself may seem packed, but its limited options also mean that there are no obvious layout issues; users may have to be careful routing some cables, especially with the onboard headers for the extra USB connectors lying in the middle rather than the edges of the board. ASRock has also opted for less costly non-solid capacitors in less crucial areas, reflecting the market segment that this board is targeted at.

We were a bit surprised to find ASRock's EFI BIOS on this low-cost board, but perhaps the vendor is shifting completely to this new BIOS for all its products. It comes with a pretty responsive user interface and there were even some voltage controls for those who wish to tweak. Overclocking however appears to be missing from the menu, in case you're wondering. 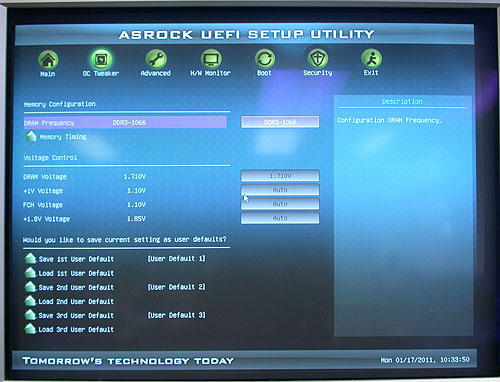