The ASUS M4A88TD-V EVO/USB3 is the only ATX board among the three and the extra PCB allows it to bone up on the usual proprietary features. Among the more familiar names like ExpressGate and EZ Flash 2, are newer ones like Core Unlocker and Turbo Unlocker. Core Unlocker allows users to unlock any hidden cores on their AMD processors and is increasingly prevalent among motherboard vendors. Turbo Unlocker, which we covered in some detail here during our testing of the ASUS Crosshair IV Formula, is a slight but useful, automatic overclock of any AMD Phenom II X6 processor or 'Black Edition' quad-core. Essentially, one gets a small performance boost for 'free' and we aren't one to say no to that.

Besides the proprietary stuff, ASUS included an IDE connector onboard to supplement the five SATA 6Gbps ports and the sole eSATA port. To drive home the point that this is a premium 880G board, other features like USB 3.0 and FireWire are found. We attribute these additions to the more than adequate PCB area, which also allows ASUS to include a second PCIe 2.0 x16 slot for CrossFireX. So, while the typical AMD 880G board could usually do Hybrid CrossFireX (currently only certified for Radeon HD 5450) with the integrated graphics, this board can actually do CrossFireX with two discrete graphics cards, including even dual-slot cards.

Speaking of which, the integrated Radeon HD 4250 on the ASUS M4A88TD-V EVO/USB3 is clocked significantly higher than the 560MHz default. How high? How would 700MHz sound? That's equivalent to the Radeon HD 4290 found on the 890GX chipset. There's also 128MB of DDR3-1333 SidePort memory to go along with this. In the gaming benchmarks, you'll find this clock advantage to be quite clear, and while it will not match a decent discrete graphics solution, it's more than what we had expected. ASUS has included tools in the BIOS to tweak the graphics core clocks, with an automated GPU Boost feature. The same goes for the CPU, which has a similar set of features available in the BIOS. 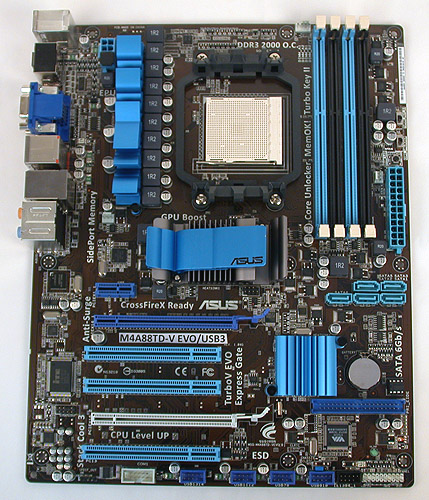 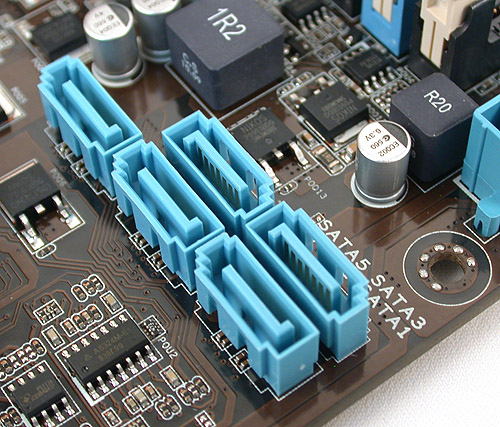 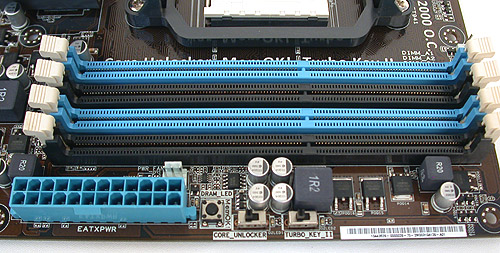 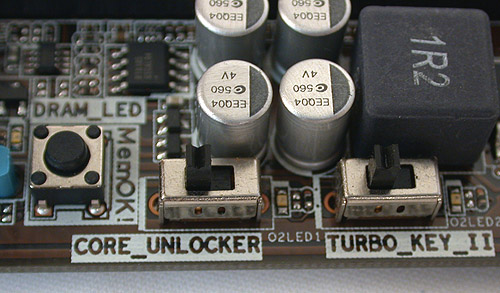 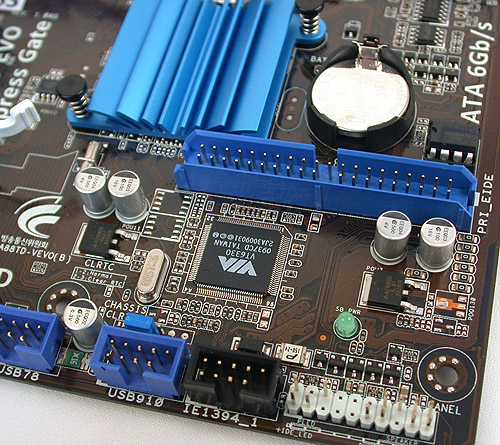 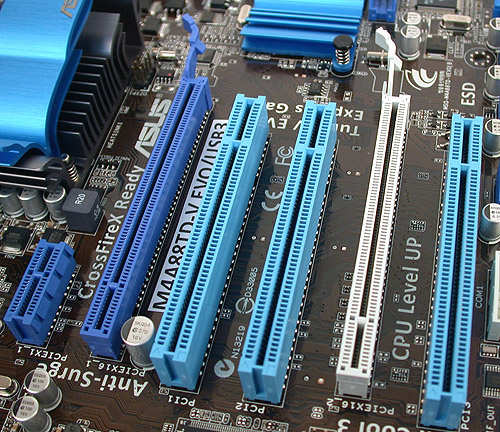 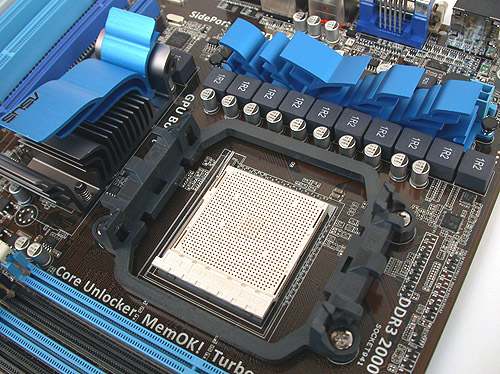 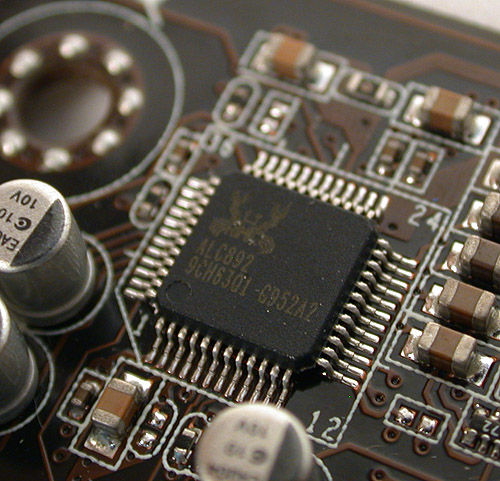 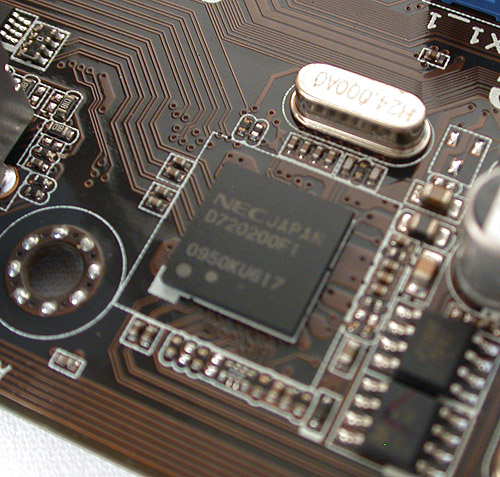 Like the Crosshair IV Formula, our impression of the M4A88TD-V EVO/USB3 is that the design and quality lives up to ASUS' high standards. The layout is generally fine, despite the somewhat unconventional placement of the IDE connector. The Northbridge heatsink however does seem a bit too close to the CPU socket and we had some slight difficulties in removing our third-party CPU cooler, which was being hindered by the fins of the heatsink. Overall, the sense is that this is a premium board, and the quality components chosen along with a healthy list of features serves to convey this impression further.