A Pair of New Apple iPhones

Since the launch of the first iPhone in 2007, Apple had always announced one successor until today where it launched two iPhone models - the iPhone 5S and iPhone 5C. We can't say that the announcement caught us by surprise since leaks and rumors were aplenty in the past few months. Without further ado, let's take a quick look at the specs of the new iPhones and how they stack up against the iPhone 4S and 5:

What's New in the iPhone 5S

The rumor was right - the iPhone 5S sports the new A7 processor which is based on a 64-bit architecture. Dubbed "the first 64-bit smartphone in the world", the iPhone 5S is stated to deliver up to 2 times the CPU and graphics performance of the A6 chip found in the iPhone 5. The A7 chip supports OpenGL ES version 3.0, which means that game playing on the iPhone 5S will be brought up to the next level with more realistic effects and animations.

Announced alongside the A7 processor is the new M7 chip, which Apple brands as a "motion coprocessor." Described as "a sidekick to the A7 chip", the M7 is designed specifically to track motion data from the accelerometer, gyroscope, and compass. This allows apps such as fitness-centric ones to access data from the M7 without having to engage the A7. The end result is more power efficiency and less battery drain.

Although the megapixel count remains at 8, Apple made significant strides in its imaging capabilities in both the hardware and software aspects. In a nutshell, the improvements are 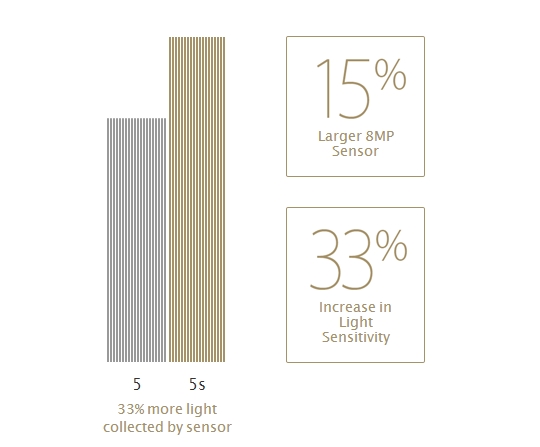 By increasing the area available for pixels by 15%, the sensor is able to take better images in low-light conditions. Moreover, the pixels are larger at 1.5 microns and there is a wider aperture of F2.2, which leads to an increase of 33% in light sensitivity. 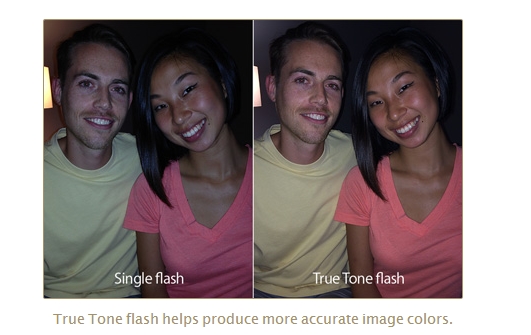 The new flash on the iPhone 5S has two LEDs - one is white and the other is amber. When you activate the flash, it does not fire both LEDs simultaneously. Software algorithms are used to assess the color temperature of the scene, and lets the phone adjust the percentage and intensity of white light versus amber light. Apple claims that there are over 1,000 unique combinations that will give more true-to-life colors for your photos. 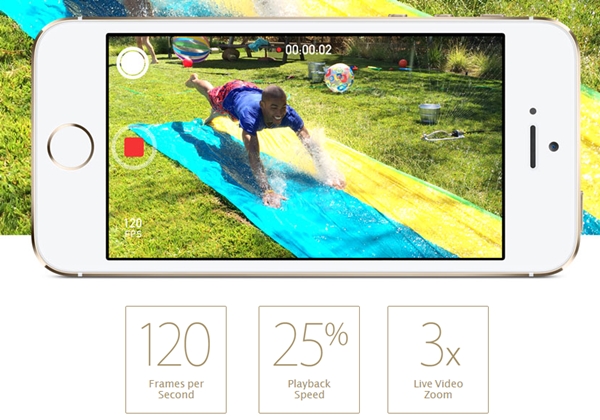 The slo-mot feature on the iPhone 5S enables you to capture HD videos at 120fps. This is more of a fun feature than a practical one. Live video zooming  (3X) is also enabled on the iPhone 5S via a pinch-to-zoom gesture. 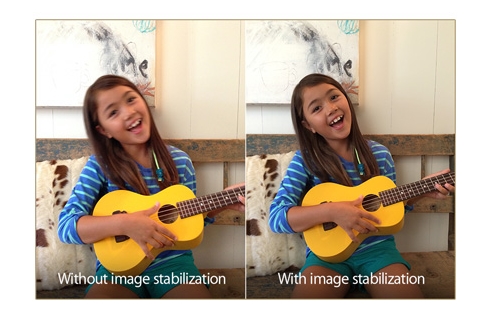 While competing camera phones are starting to incorporate optical image stabilization, Apple opts to include a less effective method - auto image stabilization. It takes four photos with a short exposure time, and combine the best portions of the photos into a single shot with minimal noise, subject motion and hand shake.

Perhaps the biggest hardware upgrade seen on the iPhone 5S is the inclusion of biometric security. Known as Touch ID, the fingerprint sensor is embedded in the home button. There is a stainless steel detection ring around the home button which activates the Touch ID sensor. The sensor is able to scan sub-epidermal skin layers in any orientation. 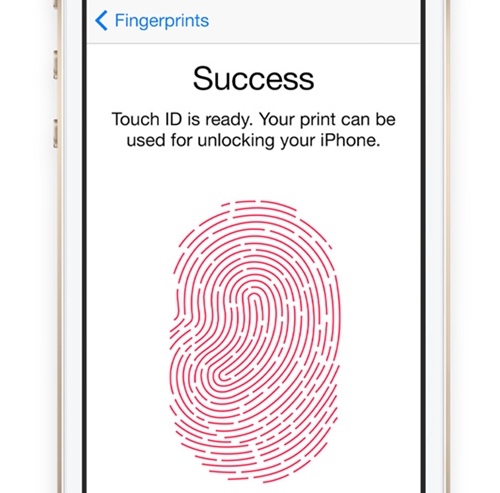 Apple states that Touch ID can be used to unlock the phone, approve purchases from the iTunes Store, the App Store and the iBooks Store. As an additional security measure, the fingerprint is stored on the device and not backed up or uploaded to the cloud. You can also enroll multiple fingerprints on the device so that people you know or trust can use the phone.

What's New in the iPhone 5C 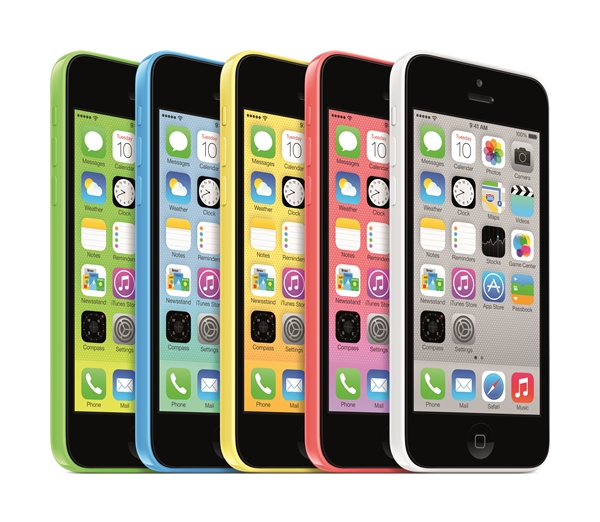 You can regard the iPhone 5C as the plastic counterpart of the iPhone 5. However, do not assume too quickly that the iPhone 5C is as plasticky as some of the Android phones in the market.

Apple asserts that the iPhone 5C is made up of a hard-coated polycarbonate material which has a steel-reinforced frame to provide structural integrity. The steel frame also doubles as an antenna. As a result, the iPhone 5C is slightly longer, wider, thicker and heavier than the iPhone 5S.

Specs-wise, the iPhone 5C is mostly similar to the iPhone 5 except for a larger battery capacity, a better FaceTime HD camera, a larger 1.9 micron pixel size and improved backside illumination. More importantly, Apple claims that the iPhone 5C supports more LTE bands than any other smartphone in the world. 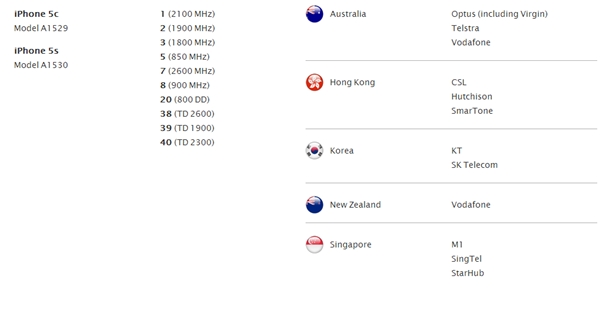 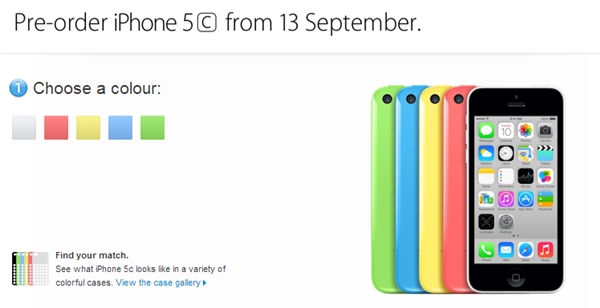 According to Apple, pre-orders for the iPhone 5C will begin this Friday, 13 September, and the phones will go on sale in 9 countries on 20 September. The nine countries are the U.S, U.K, Australia, Canada, China, France, Germany, Japan and Singapore.

This is in line with what our sources told us two weeks ago! Since the launch date is a little over a week from now, we are expecting the telcos to roll out registration of interest for the phones soon!

iOS 7 will be available for download on the following devices from 18 September :

If you want to know more about iOS 7, do check out our articles, "WWDC 2013: What You Need to Know about iOS 7" and "11 Details You Might Have Missed about iOS 7". Before we end off our article, here's a quick look at how the Apple iPhone 5S fares against the flagship devices of its competitors.