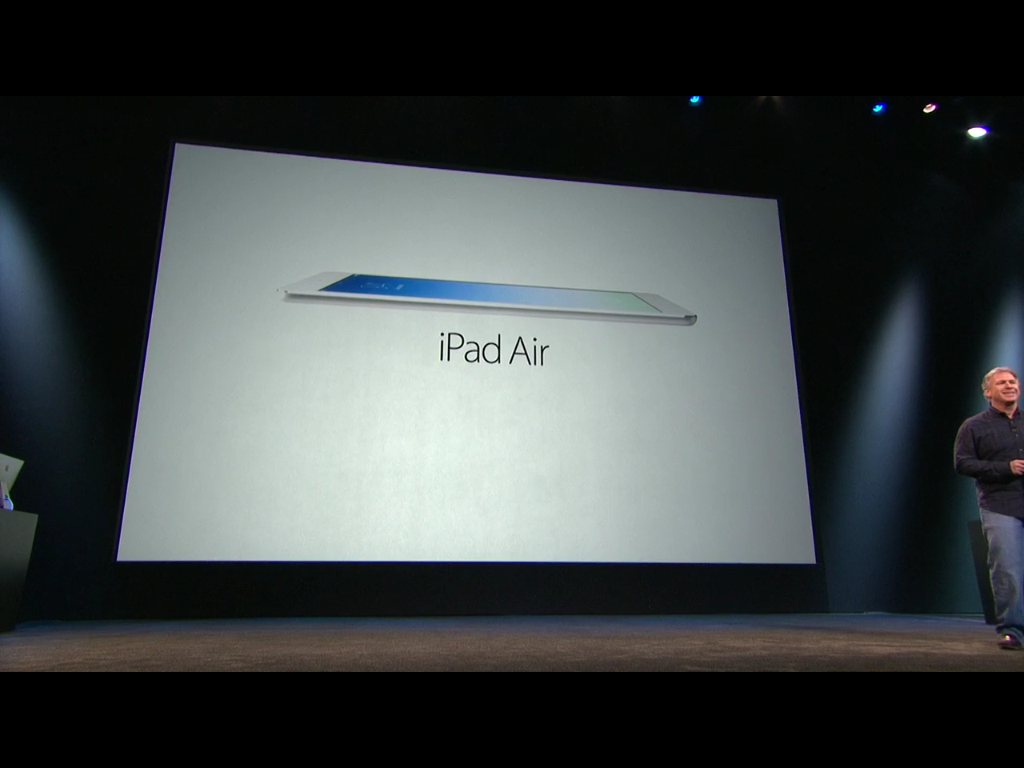 With 170 million iPads sold and counting, today Apple is updating the lineup with the release of two new models: the sleeker, thinner, lighter 9.7-inch iPad Air and the much anticipated 7.9-inch iPad Mini with Retina Display. Find out everything you need to know about them right here!

After four generations without much design change, the new iPad Air has been given a fresh look and now more closely resembles the iPad Mini with a flat back and uniform color. Two colors will be available: Space Gray (which matches the new iPhone 5S color) and Silver. 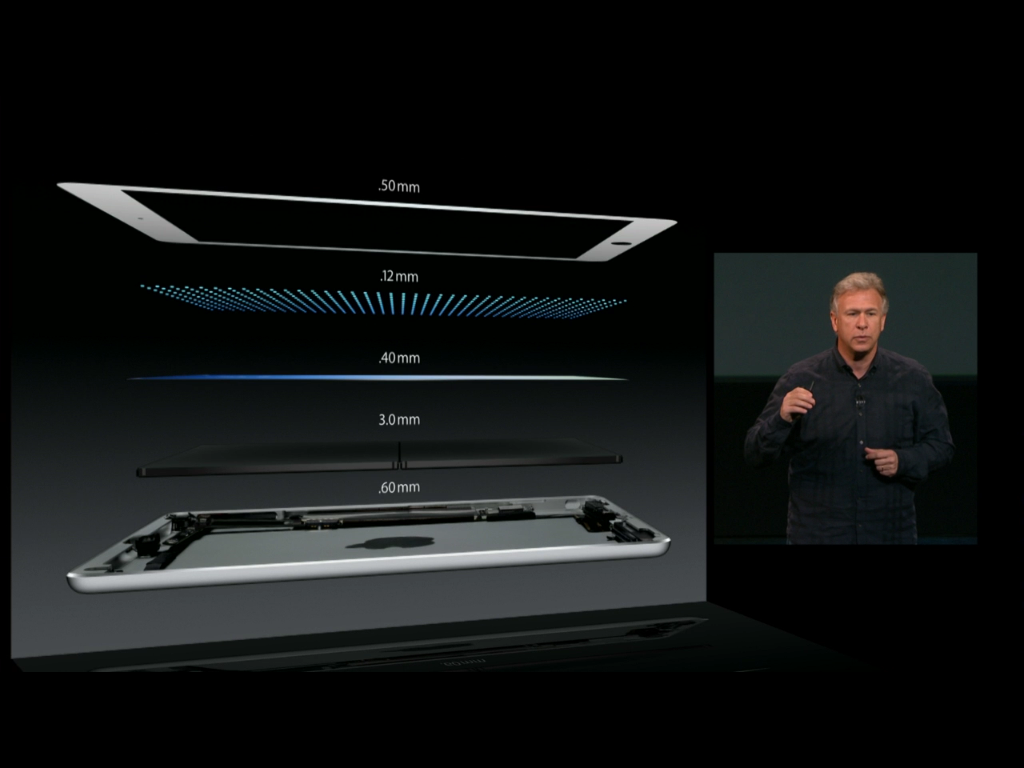 The iPad Air is also lighter than previous models, with the WiFi only model coming in at just 469g while the 4G LTE version weighs just 478g.

Interestingly, the new iPad Air also has a smaller capacity battery, 32.4Wh compared to the fourth-generation iPad's 42.5Wh battery – a 31% difference. Whether this will result in shorter battery life remains to be seen, however, improvements to the Retina Display as well as a more power efficient A7 processor will hopefully be enough for the iPad Air to retain or extend the battery life of its predecessors.

Here's a full look at how the new iPad Air compares to the fourth generation iPad: 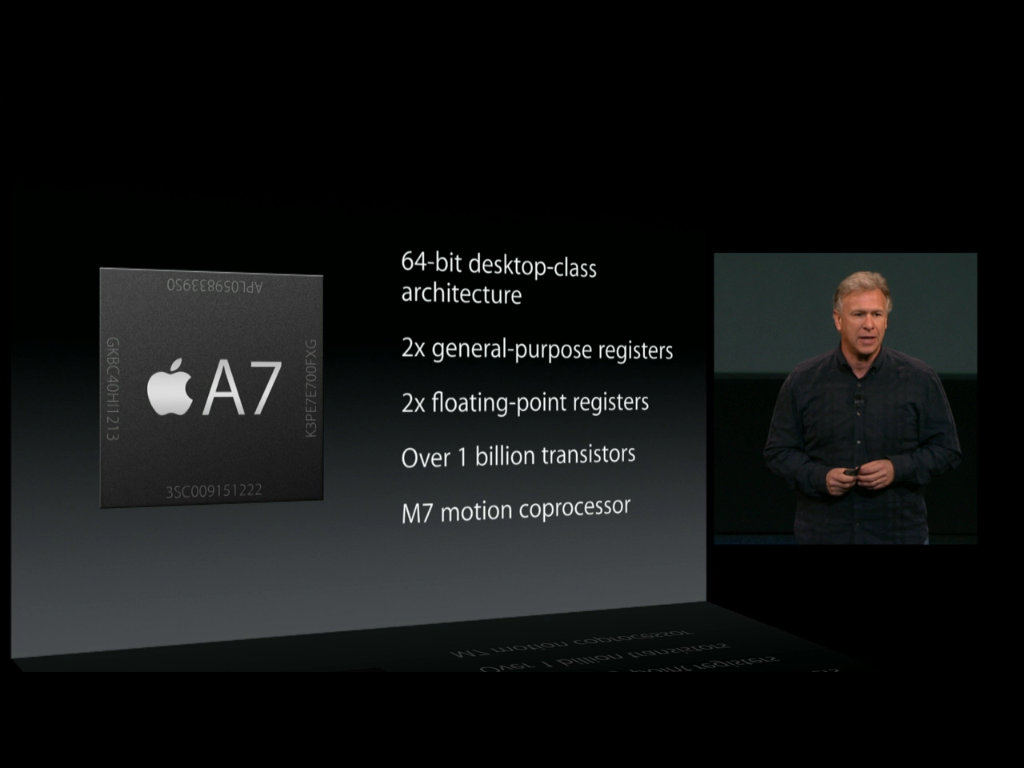 Apple is quickly moving all of its products towards a 64-bit ecosystem, first with the launch of the A7 processor in the iPhone 5S, and now with both the iPad Air and iPad Mini with Retina display receiving the same A7 processor. Surprisingly, Apple has done away with the X variant the latest iPad usually receives - which tends to be a high powered variant of the latest iPhone processor, however, this may just speak of Apple's confidence in the processing power of the 64-bit A7 chip. In fact, Apple marketing chief Phil Schiller claims that the iPad Air, which he calls 'screaming fast' is eight times more powerful than the original iPad.

As with the iPhone 5S, both the iPad Air and iPad Mini with Retina Display will also include the M7 Motion coprocessor found in the iPhone 5S.

As we explained in our 5S review, this coprocessor  utilizes information from the iPad's other sensors, including the accelerometer, gyroscope and compass. It uses this information to be 'contextually aware' and then uses that information in specific apps. For example, Nike's soon to be released Nike+ Move app will effectively turn your device into a Nike FuelBand, calculating your activity during the day and motivating you to do more with NikeFuel. While this would seem to have limited use for an iPad (especially the 9.7-inch version) we're sure there will be other apps to follow. 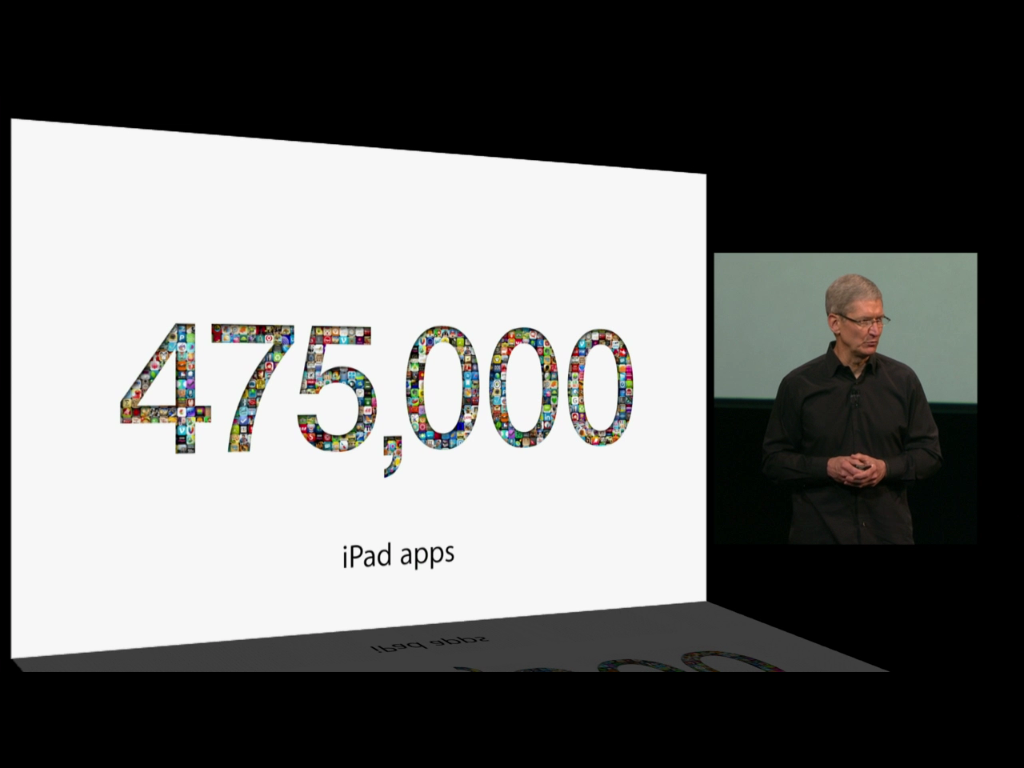 Both the iPad Air and iPad Mini with Retina Display will be shipping with iOS 7.1. For everything you need to know about iOS 7 including a full rundown of new features, please refer to our earlier article.

What's Not in the iPad Air?

Those hoping for an improved camera module will have to wait at least another year as the iPad Air keeps the same 1.2MP front and 5MP rear shooters as the fourth generation iPad. Also absent is the iPhone 5S' fingerprint sensor.

Jony Ive on the iPad Air

Of course, it wouldn't be an Apple event without a talking head from Jony Ive. Here's what he has to say about the new iPad Air: 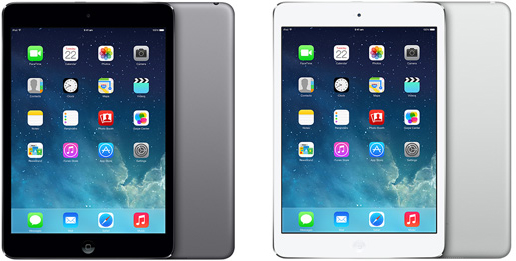 The long awaited iPad Mini with Retina Display brings a stunning 2048 x 1536 pixels resolution Retina Display to the 7.9-inch iPad Mini. This is the same resolution as the 9.7-inch full size iPad, resulting in a much higher 326 pixels per inch (ppi), compared to the iPad Air's 264 ppi.

This immediately puts the iPad Mini with Retina Display at the top of the 7-inch tablet display rankings, boasting a slightly better display than both Google's Nexus 7 (2013), and the recently released Amazon Kindle Fire HDX 7, both of which utilize 1920 x 1200 pixels resolution displays, resulting in 323 pixels per inch.

Like the iPad Air, Apple has chosen to keep the same front and rear camera modules as the previous generation iPad Mini. The iPad Mini with Retina Display will also not be getting the iPhone 5S' fingerprint sensor.

Design-wise, not much has changed with the iPad Mini, although, like the iPad Air, it will now be available in Space Gray and Silver. Due to the new display, the iPad Mini with Retina Display is about 0.3mm thicker than the first gen iPad Mini, measuring 7.5mm. It's also slightly heavier at 331g for the WiFi model and 341g for the 4G LTE version.

As mentioned above, the iPad Mini with Retina Display will also be getting the same 64-bit A7 processor as the iPad Air and iPhone 5S.

Here's how the iPad Mini with Retina display compares to the first generation iPad Mini: 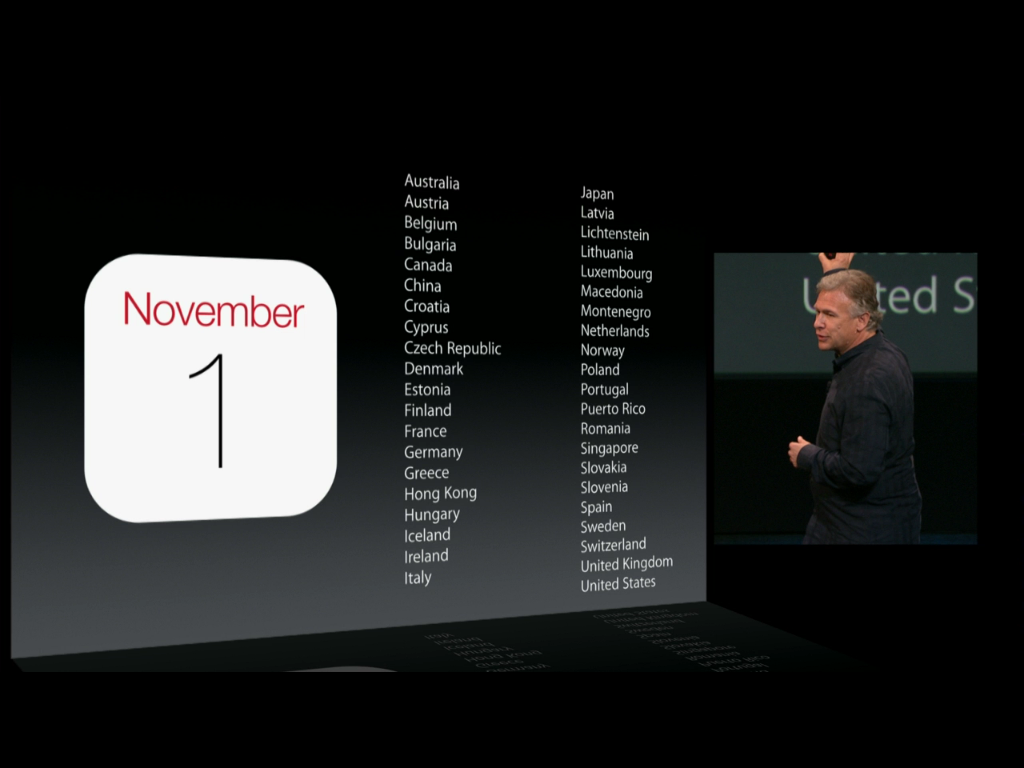 Apple will be removing the third and fourth generation iPads from its lineup, however it will retain the three-year old 16GB iPad 2. The first generation iPad Mini will also remain part of the lineup, but will get a price cut and will only be available in 16GB configuration.

Pricing from Apple and its official retailers will be as follows from the below snapshot and you can buy your preferred iPad model from the Apple Store. 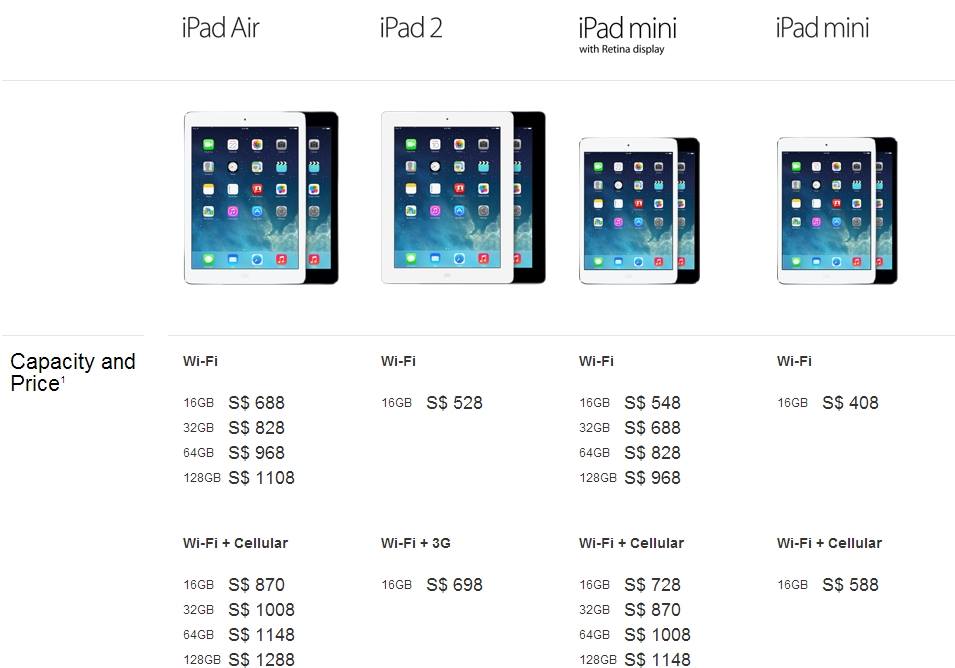