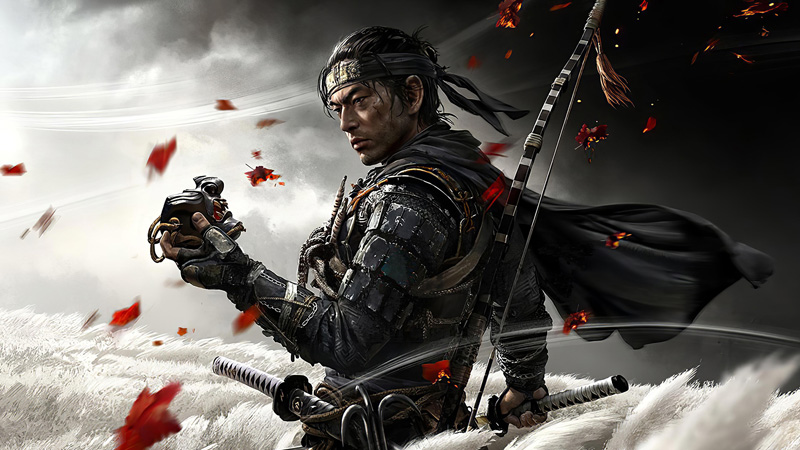 The sixth annual Game Awards has just gone down at the Microsoft Theater in Los Angeles. The awards show honours the best of the best in gaming this year (and a little bit of last year), but most importantly - it shows off a bunch of new trailers!

This year, we had tons of new game reveals and trailers - from games like Ghost of Tsushima and The Wolf Among Us 2 to Senua’s Saga: Hellblade 2 and Final Fantasy 7 Remake! Let’s run down the list, in order of showing:

Before we dive into the games shown off at the show - Harley Quinn also crashed the party, revealing a short new sneak peek at Warner Bros. Pictures’ upcoming movie.

This is the second set of DLC to be added to the game post-release, this time adding a bunch of new characters: Phoenix, Gambit, Iceman and Cable - all classic X-Men characters, and a great excuse to dive back into the game’s massive roster of Marvel heroes! This DLC arrives on December 23, 2019.

Do you like sharks? Do you like people? Why not be a shark - and eat people? It’s a win-win situation!

Humankind, developed by Amplitude Studios, is a historical strategy game where players can rewrite the entire course of humanity’s history - creating a civilisation that is unique to them alone. The game will be released sometime in 2020.

In one of the most beautiful bait-and-switches of the entire show, this trailer starts out by teasing a mysterious new game - ‘Goddamn Superhero’. I mean, in hindsight - what other game could be this weird? No More Heroes 3 will come out sometime in 2020.

Future game of the year contender incoming. Final Fantasy 7 Remake gets another trailer, and although it doesn’t reveal much that we don’t already know, it’s got some pretty great music. Cloud Strife thinks this is a one-time gig - poor guy doesn’t have a clue. The game will come out on March 3, 2020.

Microsoft’s big next-generation console finally gets a name - Xbox Series X. The console will be released in ‘holiday 2020’ - probably around November and December. By the way - Xbox Series X, really? Who comes up with these names? The internet has already started calling it Xbox Sex.

This is the second game to show off Xbox Series X’s next-gen technology after Halo Infinite, and boy does it show. Ninja Theory, who made the first Hellblade and DMC are developing this sequel - and if the trailer is anything to go by, it’s going to be as chilling as its predecessor. This was probably one of the best surprises of the whole show!

Godfall on the other hand, is the very first game we’ve seen advertised for the PlayStation 5. This comes from Gearbox Software, the developers behind the Borderlands games. Where Borderlands is a looter shooter, Godfall is described as a ‘looter slasher’. Unfortunately, we don’t have much more to go on just yet.

This one is a bit confusing. Bravely Default was first a popular RPG on the Nintendo 3DS, which then got a sequel called Bravely Second: End Layer. Strangely, this is also a sequel to the original Bravely Default - and while it does have a pretty art style, fans can’t be sure what exactly this game is yet.