Note: This feature was first published on 27 September 2021. 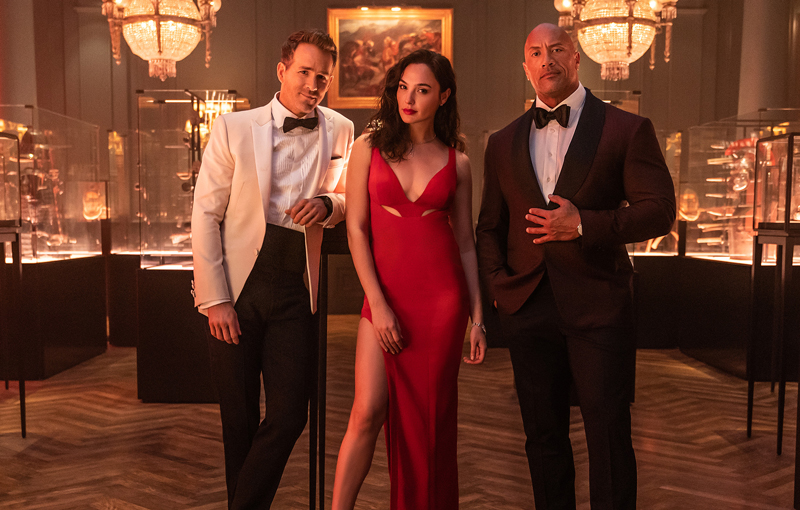 Netflix held its first-ever global fan event TUDUM recently, and it was jam-packed with previews and announcements for its upcoming release slate. We got interviews, trailers, clips and more news from the cast and crew of upcoming Netflix Originals. That meant updates from The Witcher, Stranger Things, Cowboy Bebop, Red Notice and more!

The slew of announcements might seem overwhelming to sort through, but don’t worry - we’ve compiled everything in one place for your viewing pleasure. Here’s a recap of TUDUM 2021:

A new clip from Red Notice has Dwayne Johnson, Ryan Reynolds and Gal Gadot face off in this action-heist flick.

In this teaser for Stranger Things Season 4, we get a glimpse of the enigmatic Creel House - which has seen its fair share of supernatural tragedy in the past. In the present however, the main cast is exploring this house to find clues of some sort - but why?

All good things must come to an end, and so we get a glimpse of Money Heist’s final episodes.

The final season of Ozark is teased in this trailer, which has Marty and Wendy Byrde covered in blood. You know, as usual.

This documentary, filmed over two decades, is an intimate look at Kanye’s life experiences - from his formative days as an artist to his life today as a global brand.

Here’s a first look at this time-travel drama starring Maisa, a Brazilian star.

The Maldivas is a mysterious condominium, and its residents are at the center of this dramedy about a woman looking for answers for her mother’s sudden death.

A Través De Mi Ventana (Through My Window)

This film adaptation of the popular romance novel of the same name follows a girl’s attempt to make her neighbour fall for her.

Here’s a trailer for the very steamy Dark Desire Season 2.

Bridgerton was an almost out-of-nowhere hit, and now we’ve got a first look at Season 2!

The Sandman is one of the most exciting projects on this list. Neil Gaiman’s DC Comics book of the same name is being adapted for this live-action series, which follows one of the seven Endless: the Lord of Dreams, Morpheus - or just Dream for short. The series begins with Dream being captured by humans with nefarious purposes and held prisoner for decades. If he should ever emerge from captivity, it would be into a very different world.

The battle for All-Valley begins. Dojos are facing off, and two longtime rivals are finally teaming up. It’s getting real!

One of Netflix’s most popular Originals ever is getting a sequel - big surprise, right? Chris Hemsworth returns as Tyler Rake for this film.

Netflix and Riot Games’ new League of Legends series gets a trailer - and it looks phenomenal.

You remember Vikings, right? The series is getting a spin-off exploring the adventures of some of the most famous Vikings who ever lived.

This insane documentary is returning for seconds - which only makes sense if you’ve been following the news lately.

Georgina Rodriguez is a mother, influencer and Cristiano Ronaldo’s wife - and she’s starring in this upcoming reality show.

Let’s jam! We finally get a look at Netflix’s upcoming live-action adaptation of the beloved anime series, even if its just the opening credits.

After becoming the subject of much memery, Paris’ favourite influencer returns for Season 2.

Imelda Staunton delivers a very royal address sharing her excitement taking on the role of Queen Elizabeth in Season 5 of The Crown.

This one’s just fun. A behind-the-scenes video has the cast of The Umbrella Academy share their favourite on-set memories from the show’s upcoming third season.

Zack Snyder’s Army of the Dead gets a prequel with less zombies and more heisting!

Ava Duvernay and Colin Kaepernick’s limited series explores the athlete’s high school years and the experiences that led him to become an activist.

The new generation roaming the EWS halls is introduced in this first look at the drama series.

This star-studded film gets a new clip with Leonardo DiCaprio, Jennifer Lawrence, Meryl Streep and Jonah Hill. A comet is on its way to destroy the planet, but higher-ups are having a great deal of trouble believing that.

The Witcher is getting more spin-offs and a third season! Check out our full write-up to learn more.