Clearly, LG thinks that its latest OLED TVs trump all other TVs in the market, regardless of technology. However, because of the difficulties in making large OLED panels in quantity and the premium OLED still commands that makes it tough to go truly mass market, LG is still heavily vested in good-old LCD, and the very best LED-backlit LCD 4K TVs LG has to offer can be found in its ‘Super UHD’ range (not be to be confused with Samsung’s SUHD).

The leader in the company’s non-OLED pack is the UH950T, a TV that unsurprisingly goes all out to support 4K HDR, both HDR 10 and Dolby Vision. In fact, scratch that. Because all 2016 LG Super UHD TVs support HDR 10 and Dolby Vision. To fulfill this promise, the UH950T (and the UH850T) series come equipped with an IPS 4K Quantum Display and a new ColorPrime Plus system (a mixture of new LCD phosphors and color filter), with 10-bit processing for wider viewing angles and vivid images with greater depth and realism. The UH770T, also announced today, seems to be using a different wide color gamut tech (it's 'just' ColorPrime).

Similar to its 2016 OLED offerings, LG’s Super UHD TVs this year offer audio co-designed with Harman Kardon, and runs the WebOS 3.0 smart TV platform. The UH950T, UH850T, UH770T Super UHD TVs and the normal, non-Dolby Vision UH650T also feature a Magic Sound Tuning function that measures and analyzes the viewer’s environment and makes adjustments to customize the sound to the room’s specific conditions. The 75-inch UH650T is an oddity, too, because it's the only size in its series to have an IPS 4K Quantum Display, and hence, ColorPrime Plus tech.

Design-wise, the top-tier Super UHD models attempt to integrate panel and body so that the TVs can blend in naturally with any living space. By reducing the gaps between the panel and back cover chassis, the 65-inch UH950T, for example, measures just 6.6mm at its thinnest point. Really, if not for its not-as-dark-as-OLED black level, I’d have thought that the UH950T is an OLED TV. 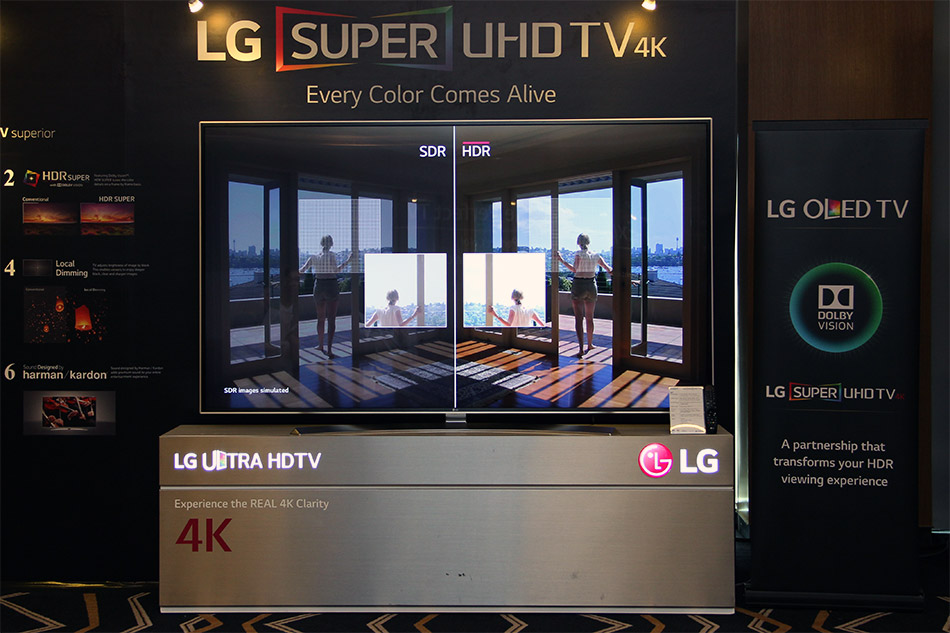 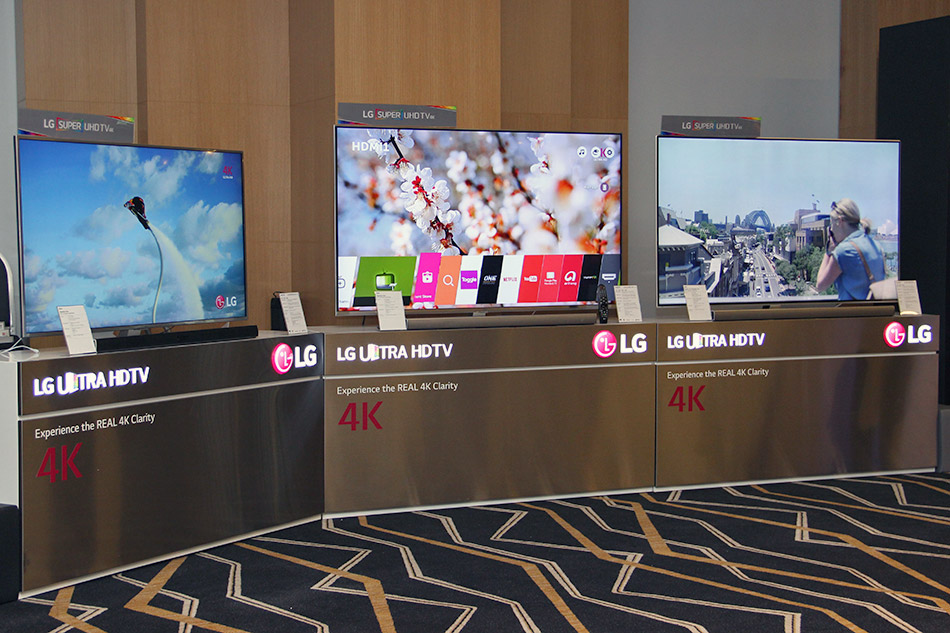 If LG’s OLED TVs are priced out of your budget, the company’s Super UHD models are truly very credible alternatives. With the exception of their 75-inch versions, the UH850T and UH650T have already hit retail; the UH770T and UH950T are expected to arrive sometime in Q2.

Here’s the spec sheet of these 4K LCD TVs, including pricing, courtesy of LG Electronics (click for larger image):