Games to watch out for the rest of the month: Minecraft, Mortal Kombat and more! 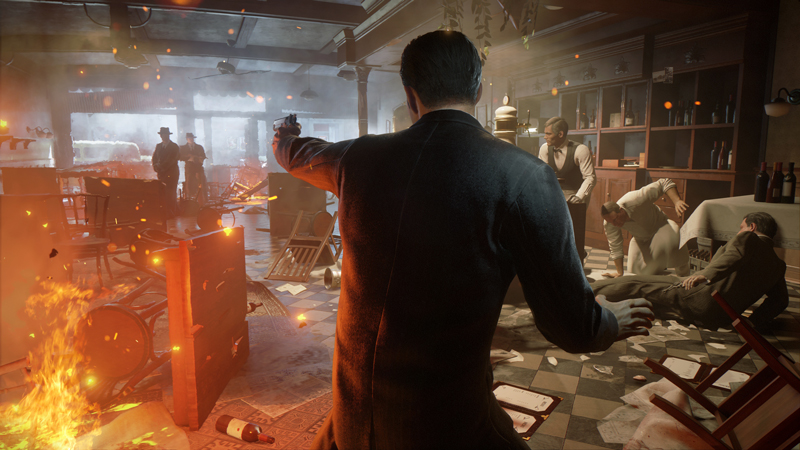 With quarantines and lockdowns still in full force due to the ongoing pandemic, there hasn’t been a better time to just stay inside and play some videogames. Fortunately, a pretty diverse array of games are set to come out this month! Whether you want to tackle a Minecraft-Diablo hybrid, foil Shang Tsung’s evil plans or play as a man-eating shark - there’s a little something here for everyone.

PlatinumGames have developed some pretty great games (Bayonetta, Nier Automata, Astral Chain), but this might be the most unique out of the bunch. The Wonderful 101 lets players take control of an army of heroes and play as all of them together, making for some pretty unique combat mechanics!

Do you enjoy gangster movies? Well, you might like playing through them even more. Mafia: Trilogy includes Mafia II: Definitive Edition and Mafia III: Definitive Edition, with the former getting an ultra HD remaster with this bundle. Both come packaged with all DLC add-ons, including additional story content. Mafia: Trilogy also comes with a full remake of the first Mafia game, which will only arrive later on August 28, 2020. It’s a great year for remakes!

Let’s be honest. You’ve always wanted to play as a man-eating shark - you just didn’t know it until now. This is a game that lets you explore open environments, evolve your shark (to the point of gaining electrical powers!) and save the world, all while causing total mayhem in deep waters. It’s Untitled Goose Game mixed with thalassophobia - what’s not to love about it?

Saints Row: The Third Remastered (PC, PlayStation 4, Xbox One) - May 22

If the Mafia games feel a little too dreary for your tastes, here’s something a little more silly. This open world GTA-like game parodies other games of its type with ridiculous weaponry and borderline cartoon-y characters. This remaster touches up the visuals some, bringing the game to modern consoles with style.