So far, we've covered new Windows 8 products coming from ASUS, Dell, HP, Sony and Toshiba, and it was about time Acer arranged a local media launch to share with us of their upcoming goodies. Acer's newest Windows 8 product line-up comprises of 3 Ultrabooks, 2 tablets, and one All-in-One (AIO) PC. Most of these products have already been showcased in this year's IFA and Computex, so you might have already heard of them. However, we found out that the products are much more dazzling when you get to see and use them personally. Get ready to meet a new class of Acer products like you've never expected in the past! 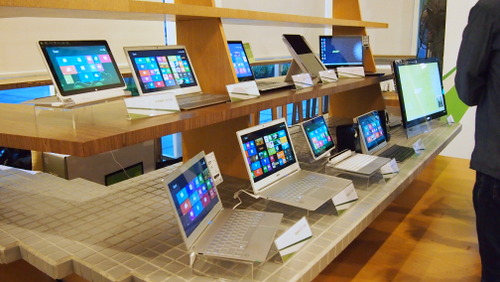 The jewel in Acer's crown has got to be the new S7 Ultrabooks that come in 11-inch, and 13-inch sizes. If the 13-inch Acer Aspire S5 we reviewed earlier this month was an indication of Acer's direction towards better quality notebooks, the Acer Aspire S7 Ultrabooks will be the ones that confirm it. Ever since they were revealed at Computex a few months back, we were left wondering just what compromises have been made to get the machines so thin and chic. Thankfully, the answer is "not much". The 13-inch S7 is only 12mm thick, features an aluminum unibody chassis, and packs a Full HD multi-touch display. 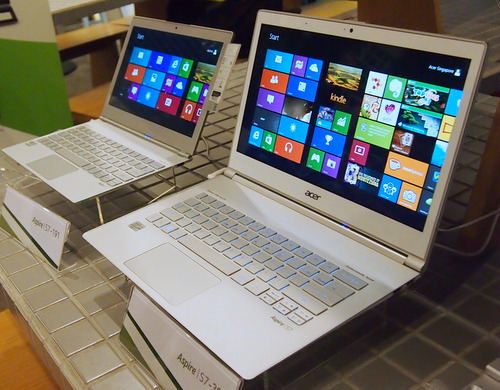 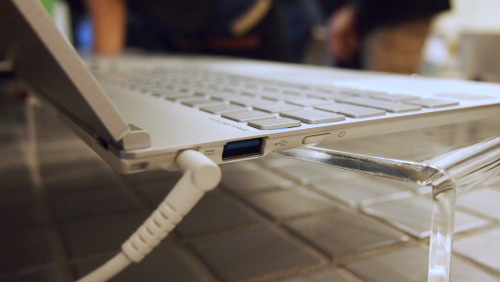 What we didn't know for certain during Computex was how handling the 1.04kg (11-inch) and 1.3kg (13-inch) machines felt. Finally at the local launch, we managed to lay our hands on the final retail models for a better assessment of the Aspire S7 Ultrabook series. To be fair, they aren't really much lighter than the average Ultrabook (which typically weighs around 1.3kg for 13-inch models). However because of their very thin bodies, they feel much lighter than they really are. Design-wise, the 11-inch and 13-inch models are almost identical to each other. The difference here is that the 13-inch model has a sculpted Gorilla Glass 2 lid cover (also found on the displays) that makes it impervious to minor scratches. And because it's white, fingerprints won't be very visible unless noticed at an angle. 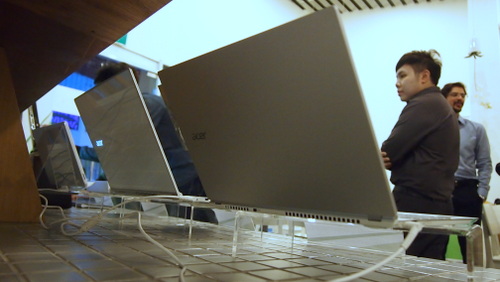 Something else which impressed us was the keyboards found on both notebooks. On both machines, the wells in which the chiclet keys are held in, are subtly recessed, most likely to prevent abrasion against the screen of the machines. This unibody design really does its best to make the S7 Ultrabooks look premium and it's further enhanced by the faint blue, light-sensitive LED keyboard back light. However, looks aside, we must say that we're slightly disappointed with how shallow the keys are. Of course, this is a reasonable compromise that we have to contend with, in order to get the machines as thin as possible. On the upside, the non-wobbly keys have a fair bit of resistance, which gives a bit of feedback that your fingers need in order to type comfortably. As for performance, the Aspire S7 Ultrabooks will be decked out with standard Ultrabook components. Both will be running standard consumer-ultra-low-voltage processors from Intel, as well as the accompanying Intel HD Graphics 4000 GPU. The 11-inch S7 will retail with a third generation Core i5-3317U (1.7GHz) processor, 4GB RAM and a 128GB solid-state-drive (SSD). As for the 13-inch S7, it will come in two variations. The Core i5-3317U version will have exactly the same components as the 11-inch S7, while the Core i7-3517U (1.9GHz) model will sport a larger capacity 256GB SSD. The S7 Ultrabooks will be available once the Windows 8 launch is over and done with, with the 11-inch S7 going for S$1898, and the 13-inch S7 starting at S$1998. 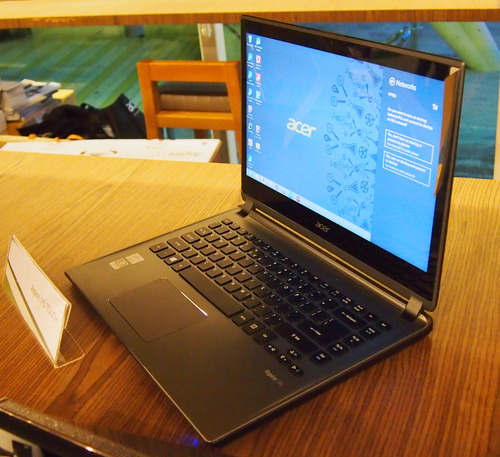 For folks who place a little bit more emphasis on function rather than form, not to worry. Acer has also launched the 14-inch (1366 x 768 pixels) Acer Aspire M5 Ultrabook that has a 10-point touch panel. The touch enabled M5 has much more humble looks, but like they say, it is what's inside the 2.1kg body that counts. It may be running on a third generation Core i5-3317U processor, but it's got 6GB of RAM (2GB single-channel, 4GB dual-channel) and an NVIDIA GeForce GT 640M LE (1GB) graphics module supporting it. This means that not only is the M5 a portable Ultrabook, it's also got enough power underneath the hood to get you through some of your favorite 3D games (at low to medium settings).

But of course, you can't really call a notebook an Ultrabook if it doesn't run with an SSD. The M5 has a 500GB mechanical drive, boosted by an SSD cache so that you can have fast resume and boot-up times, while having enough space to store all your media files. And if 500GB isn't enough, just commit your files to plastic with the M5's built-in DVD optical drive. The M5 will be in stores soon after the Windows 8 launch, and prices will start at S$1498 for the Core i5 model (there's also a Core i7 model). 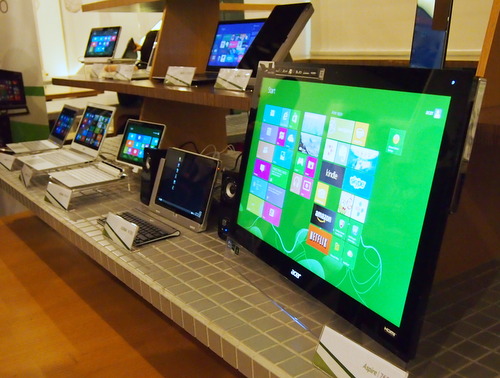 Finally, for folks who just can't handle the idea of owning a notebook, Acer's got just the All-in-One syt for you, and boy is it big. On a event that's mostly dominated by notebooks and tablets, the 27-inch Full HD 7600U definitely stands out from the crowd. However, even though its got a huge screen, the 7600U is only 35mm thick, about the same height as a gaming notebook. This means that it will definitely fit anywhere in your home. The minimalist design of the 7600U will also reach out to consumers who need their personal computers to look good. It features a resin stand under the screen, which actually makes it look like it's floating.

For more viewing angles, the 7600U comes with a swivel stand that lets it go fully flat for some multi-touch action (10-points for model with L stand, 64-points with model with swivel stand) with friends. It can also be propped up in portrait mode, effectively turning it into the world's largest e-reader. Just don't expect to carry it to bed. The built-in webcam also supports hand recognition gestures to let you interact with the PC without touching it. This isn't exactly a new feature, but it's good to have nonetheless, especially at times when you need to interact with it at a distance.

The Acer Aspire 7600U has a recommended retail price of S$2799. For that amount of money, you'll get a quad-core third generation Intel Core i7-3630QM mobile processor, 8GB of RAM, and a 1TB HDD. As for graphic capabilities, the Full HD display is powered by an NVIDIA GeForce GT 640M mobile GPU, which is good for casual gaming.