Let’s begin our look at the routers’ performance beginning with LAN Speed Test. As you can see from the graphs, the two routers overall performance were in line with our expectations from high-end routers of their class. Looking a little deeper however, reveals that the D-Link DIR-885L impresses with its very high upload speeds and was about 5% faster overall than the ASUS RT-AC88U. The DIR-885L’s downlink speeds were faster than the RT-AC88U as well, especially at the farthest test range of 17 meters, where it managed 136.59Mbps compared to the ASUS’ 121.42Mbps - an advantage of over 12%, which is significant. On the flip side, we can also see that the RT-AC88U’s performance at the farther test ranges of 13 and 17 meters is actually amongst the poorest of the routers tested. 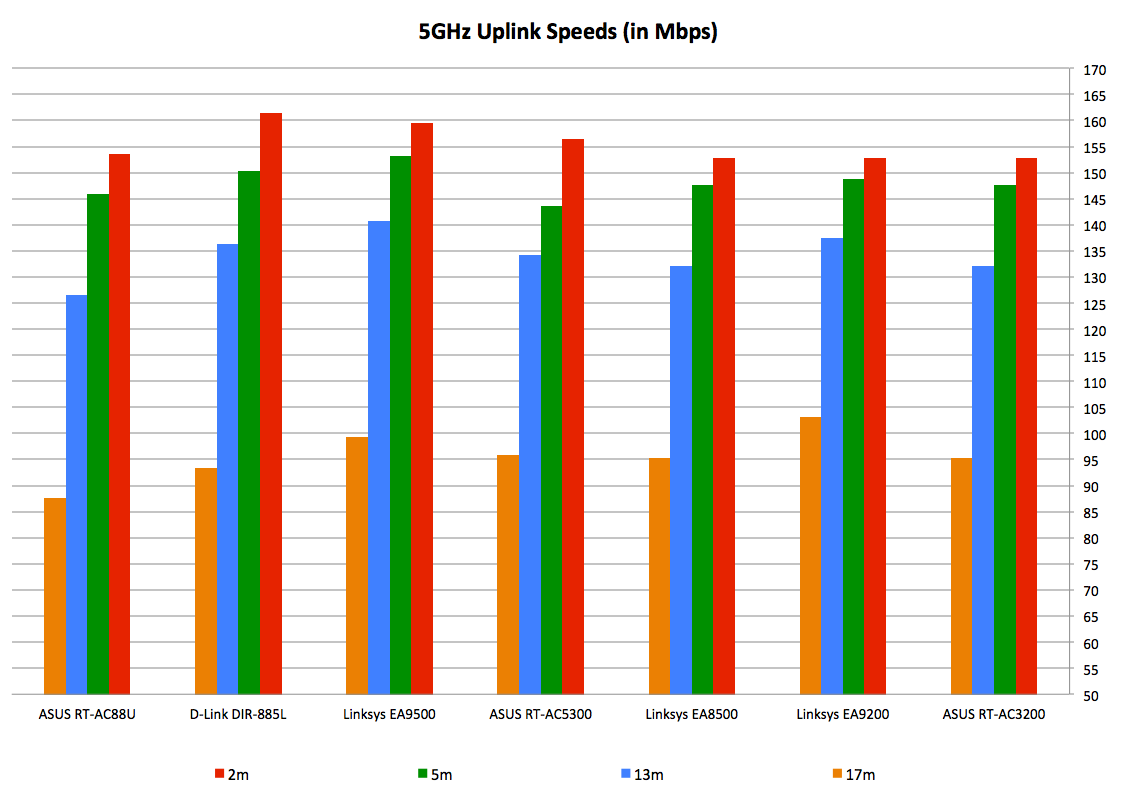 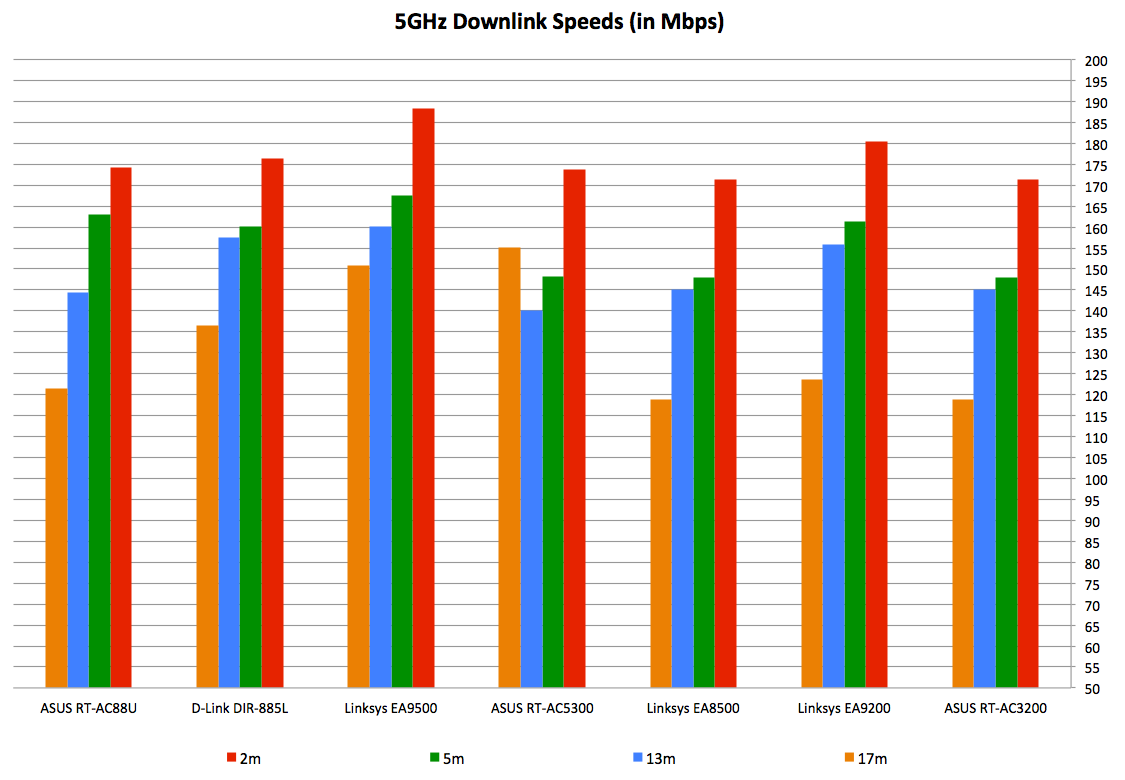 Moving on the File Transfer workload where we measure the speed recorded in transferring a 1GB file, we can see that the ASUS RT-AC88U and D-Link DIR-885L routers both recorded very impressive file transfer speeds at 2 and 5 meters. The RT-AC88U’s performance at 5 meters, in particular, was the fastest we have ever recorded and on a par with the mighty Linksys EA9500 router. However, the RT-AC88U’s performance at range is worrying as the dip in performance going from 5 to 13 meters was markedly more drastic that the competing DIR-885L router. 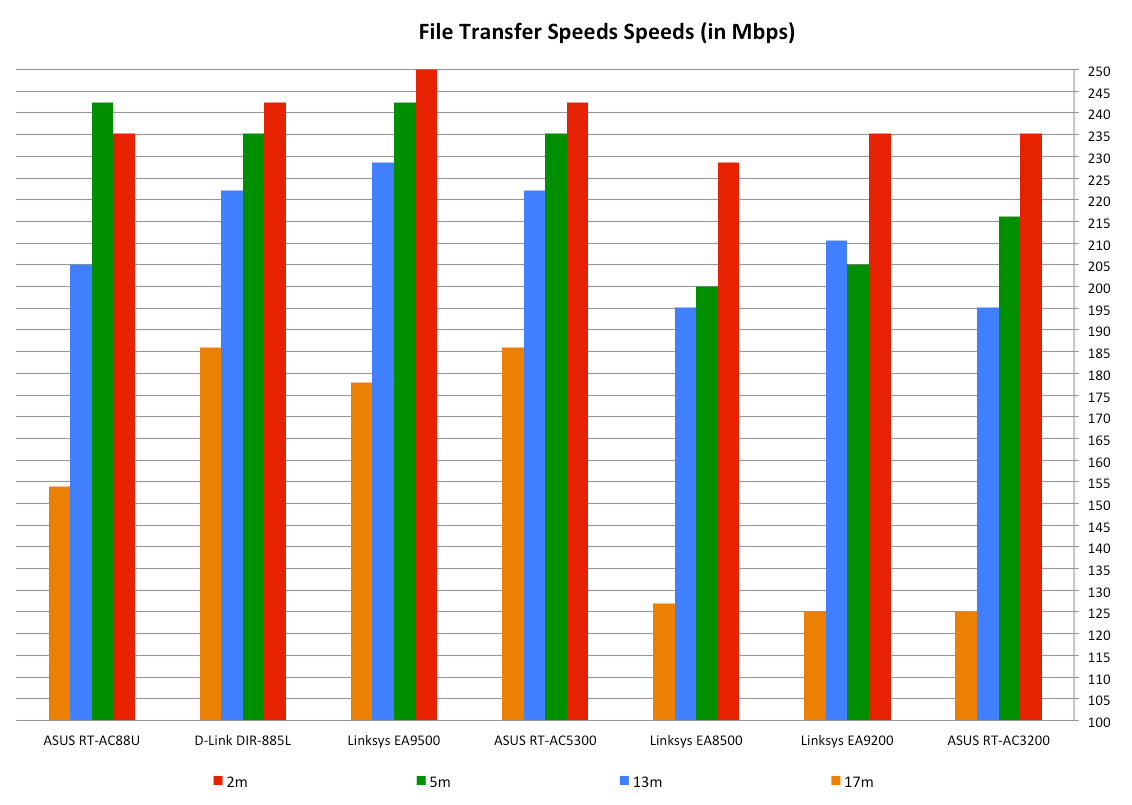 And last, but not least, we come to our performance load test, where we test the routers’ performance in a situation where it has to transmit data to two devices simultaneously. Tri-band routers, which can assign a device each to its dual 5GHz networks, have the obvious advantage. Here, the RT-AC88U router posted a slightly advantage over the DIR-885L, managing 86.96Mbps against the DIR-885L’s 83.33Mbps. 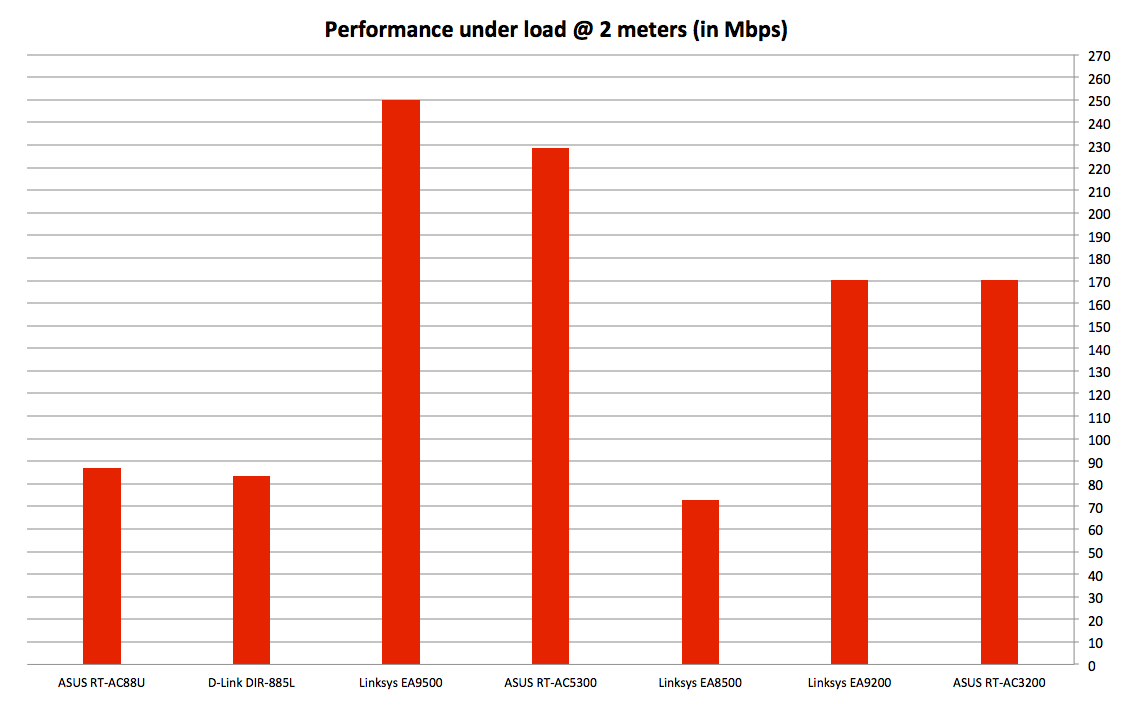 Fortunately, the RT-AC88U router was able to redeem itself with its long list of features. Its ASUSWRT setup interface remains to be one of the most powerful in the market today, and it comes choke-full of features such as AiProtection, AiCloud, Traffic Analyzer and more. In addition, it has a rather powerful and well designed remote router management app. Not to mention, it has 8 Gigabit Ethernet ports and supports port aggregation.

The D-Link DIR-885L, however, is let down by its comparative lack of features. Its setup interface, though easy to use, is a bit simplistic and basic for a high-end router. I'd also prefer a more comprehensive parental control feature and a more full-featured remote router management app. That said, I do think that for users who do not fuss about managing and tweaking their routers, the DIR-885L is the better choice. 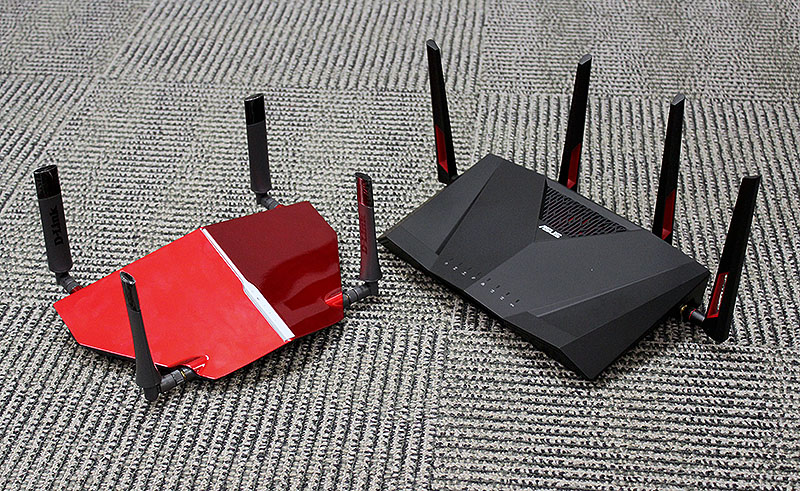 Not only is the DIR-885L easier to setup and use, it is also significantly more affordable. At S$349, the DIR-885L is pricey for a dual-band router, but it is also a whopping S$80 less expensive than the ASUS RT-AC88U. That’s right, the ASUS RT-AC88U is priced at an eye-watering S$429. And even though it comes with loads of features and 8 Gigabit Ethernet ports (count them), there’s still no getting around the fact that it is really pricey.

In fact, if you are prepared to pay over S$400 for a router, you might as well cough up $40 more for the more impressive RT-AC5300 router. Though you’ll lose the 8 Gigabit Ethernet ports, the RT-AC5300 comes with all the other features that the RT-AC88U and packs even better performance. Plus, it’s a tri-band router, which means you’ll benefit more even if you don’t have compatible devices.

Speaking of compatible devices, this brings me neatly to my final point. The thing about AC3150-class routers is that there is currently no client devices in the market capable of taking full advantage of its fast 5GHz network speeds (2,167Mbps). Heck, as I have mentioned many times in the past, few client devices can even maximize the performance of an AC1900-class routers, much less these newfangled AC3150-class ones.

As a result, the performance you’ll get from these routers won’t differ too greatly if you already have a fast AC1900 dual-band router. And so it makes much more sense to invest in a tri-band router and spread your devices over its two 5GHz bands. Fewer devices on a network means more bandwidth and speed for everyone. To end, my buying advice would be this: if you are willing to spend over S$300 on a router, get a tri-band router instead. ASUS and D-Link have some great tri-band routers here.