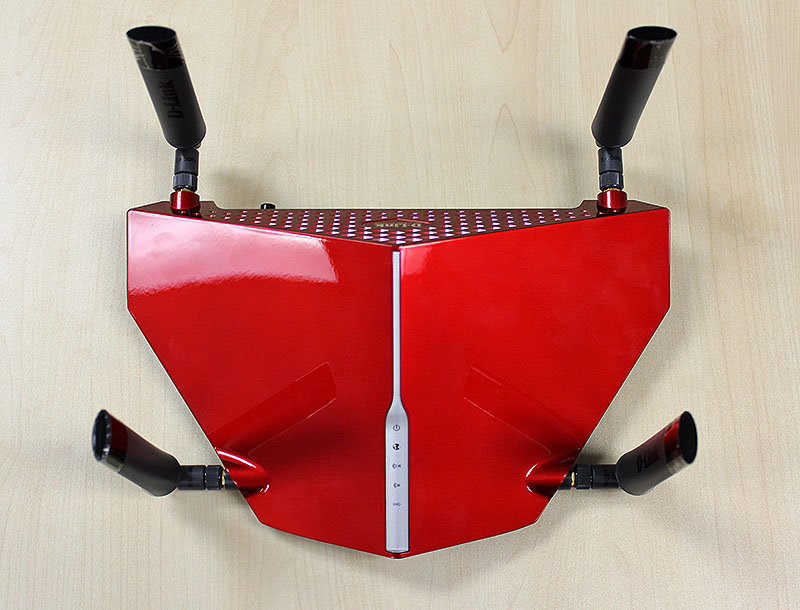 The D-Link DIR-885L is part of D-Link’s new Ultra Performance Series of routers, which was first unveiled at CES 2015. And like the previously reviewed DIR-890L router, the DIR-885L sports a fantastically aggressive design.

Like the other routers in the series, the DIR-885L comes in bright red and features a highly angular pyramidal design with large external antennas. Unlike other brands who have opted for more discreet designs, D-Link is the polar opposite and obviously wants its DIR-885L to be the centerpiece of any living area. It’s a look you either love or hate, but I think it will appeal well to the router’s target audience, those who are already keen to distinguish themselves from the pack by investing in a super high-end router. There’s no denying that it is a bold and refreshing design. 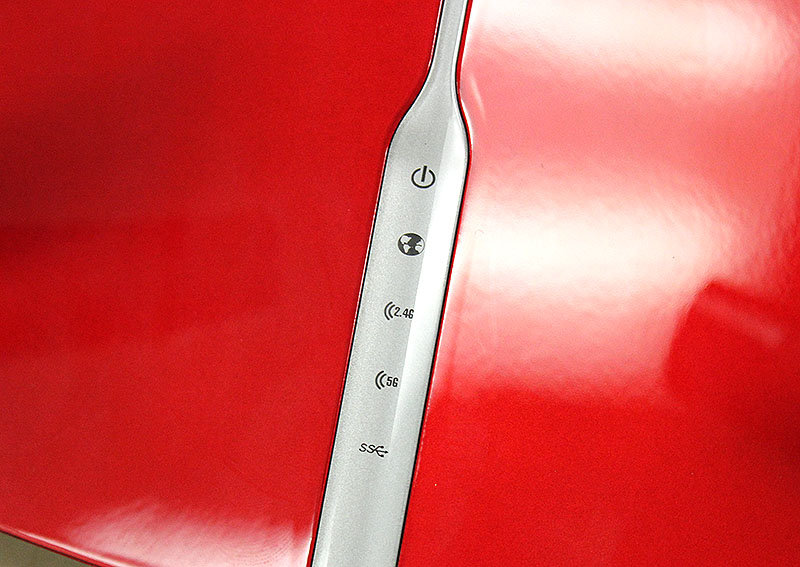 On the front, a silver strip that runs down the middle houses the router’s LED status indicators. However, it only shows the status of your Internet connectivity, wireless networks, and USB connection. This means that if you are having trouble with your LAN connections, there’s no quick way to see what’s wrong.

Behind the router lies the usual single Gigabit Ethernet WAN port and 4 Gigabit Ethernet ports. The D-Link DIR-885L only comes with a single USB 3.0 ports unlike other routers of this class that normally come with both USB 3.0 and USB 2.0 ports. If you intend on connecting multiple devices to your router, such as an external storage drive and printer, this is something to take note of. The other thing worth mentioning is that the individual Ethernet ports do not have status indicators, which could make troubleshooting a little tricky. 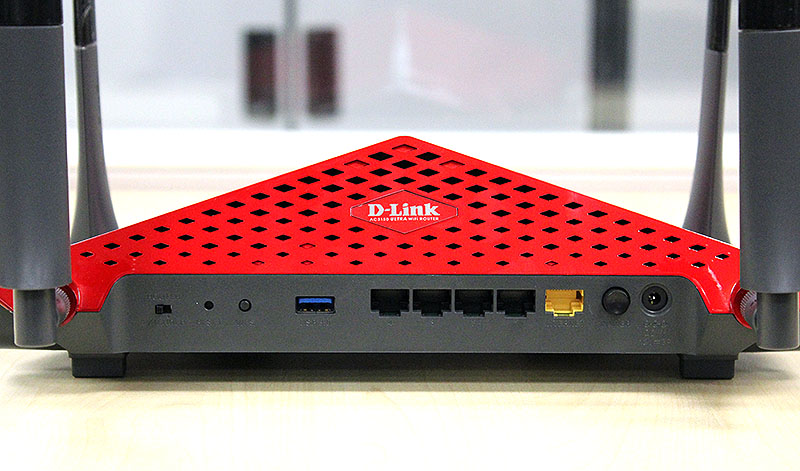 Peering underneath the router, one can see that although the DIR-885L is pretty hefty (it weighs nearly 700g), D-Link has added provisions for wall-mounting the router. That’s a nice touch, and considering the looks of this router, it would make for quite a sight.

Internally, the D-Link DIR-885L is powered by the same components as its competitor. Like the ASUS RT-AC88U, the DIR-885L is equipped a 1.4GHz dual-core Broadcom BCM4709 processor with two BCM4366 radios, each supporting four spatial streams and MU-MIMO technology. Likewise, it also has a generous 512MB of RAM and 128MB of flash storage.

The DIR-885L router comes preconfigured right out of the box, with the wireless SSID and password printed on a label that’s under the router. But if you wish to get your hands dirty, D-Link’s setup interface is less intimidating and slightly more straightforward to use. It also has all of the features you would expect to find from a high-end router such as Port Forwarding, Firewall, QoS, Parental Controls, cloud storage via SharePort, and more. 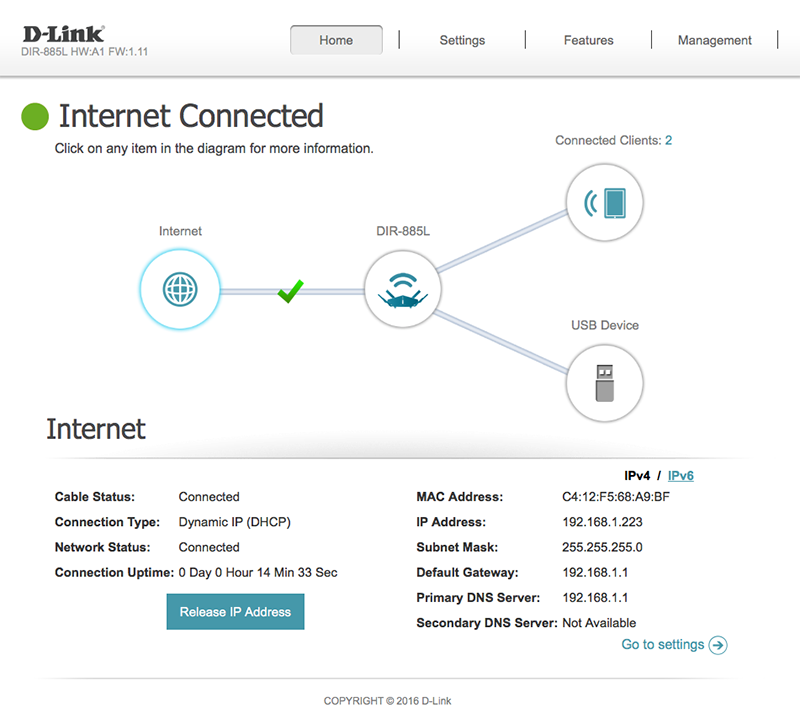 However, some of its features are more simplistic when compared to the ASUS RT-AC88U. For example, the DIR-885L’s QoS feature isn’t dynamic and only allows you to prioritize connections based on devices. ASUS’ RT-AC88U, on the other hand, has Adaptive QoS which can prioritize traffic based on usage scenarios, on top of traditional QoS rules like the DIR-885L’s. 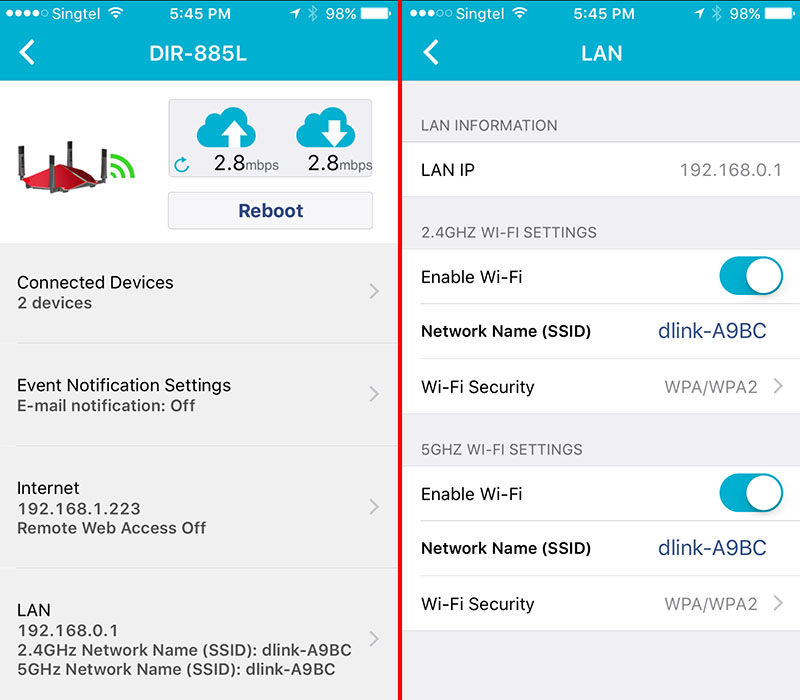