The competition was jointly organized by HardwareZone, ABIT, Convergent and Kingston (plus of course other sponsors like LG, who supplied the monitors, and APC who supplied all the UPS). ABIT supplied their latest motherboard, which is the yet to be released AN7 motherboard that's based on the nForce2 Ultra 400 chipset. The board is of course decked with features like µGuru and other great overclocking options. We shall not bore you with all those details as we'll be reviewing that motherboard soon. Anyway, the memory modules were from Kingston (KHX4000K2/1G) and the graphics card were also supplied by ABIT (Siluro 5600 DT). Processor was an AMD Socket-A (obviously) and it's their latest and fastest XP 3200+ processor with the Barton (512KB L2 cache) core.

There were basically two categories, an open category where any form of cooling is allowed (but not sub-zero cooling) and an air-cooled category which the name implies, allows cooling by means of air convection. The contestants are allowed to use all kinds of cooling equipment and there's really no limit to how many fans they want to put on their system. For the open category, water cooling seems to be the only method allowed by the contest rules as other forms of cooling like Peltier, liquid nitrogen, dry ice or the likes were not allowed.

Anyway, to judge who's the best overclocker, we made every contestant run a predetermined set of benchmarks, so that the stability of the system is tested, as well as measuring the system's overall speed. The benchmarks chosen for this contest were :-

Let's go over to the next few pages to look at the contestant's overclocking rig.

First, let's start off with some of the rigs from the air-cooled category :- 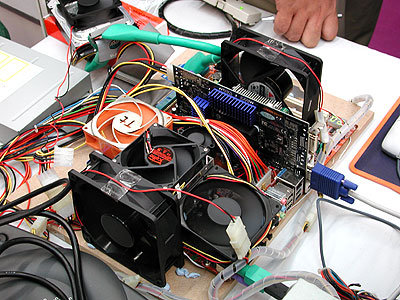 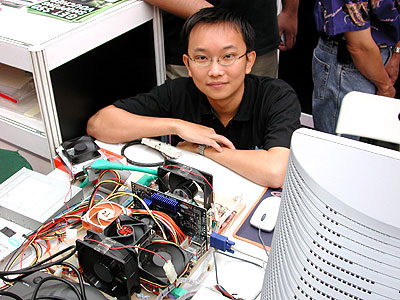 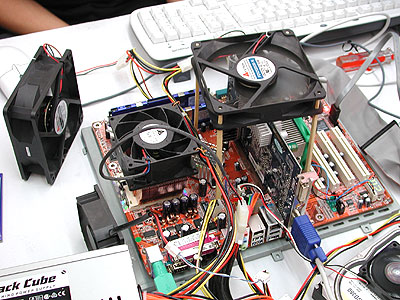 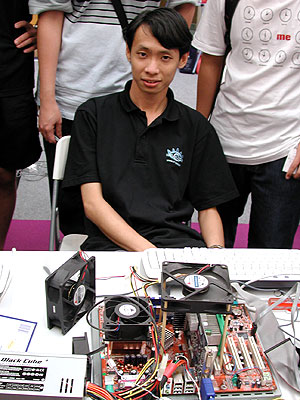 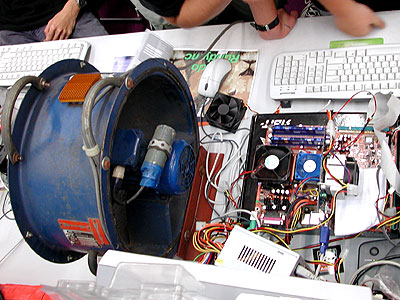 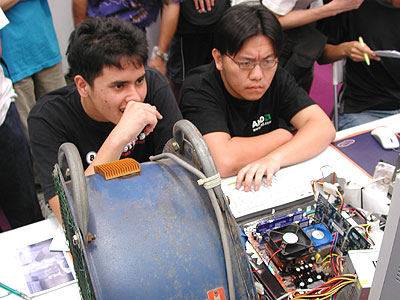 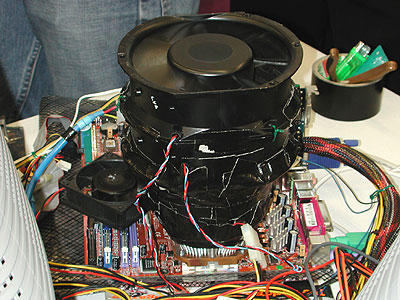 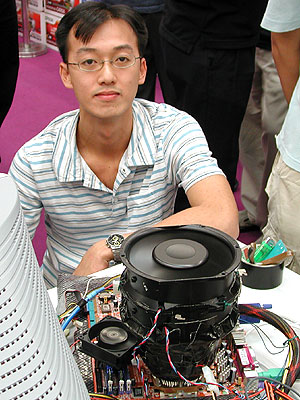 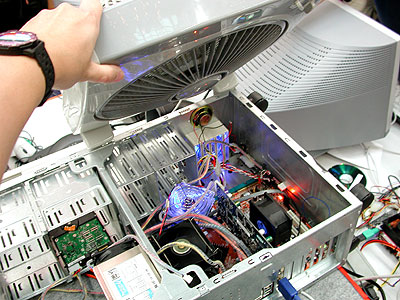 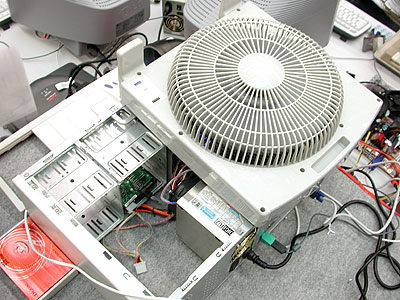 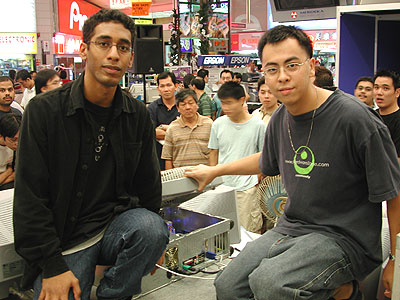 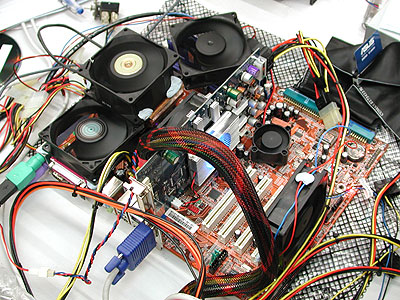 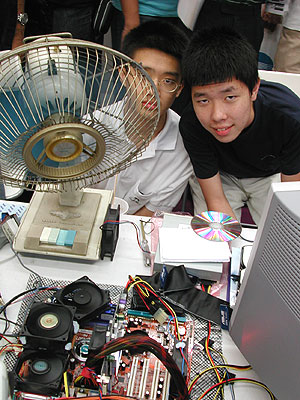