Note: This article was first published on 7th April 2019. Today, Netflix is pretty much its own brand of entertainment. It's competing with more than just rival streaming services like Amazon Prime Video though, and the company has made it clear that it views Fortnite as its biggest competition. That's because Netflix is going after screen time more than just eyeballs, and it's constantly looking for ways to keep people coming back for more content.

Obviously, one of the key ways to do this is to keep surfacing relevant, high-quality content that appeals to users' individual taste. Other, more subtle ways, involve making the interface and user experience as simple and intuitive as possible.

Here are some of the things you may not have known about your favorite streaming service.

1. The title images for each show vary from person to person 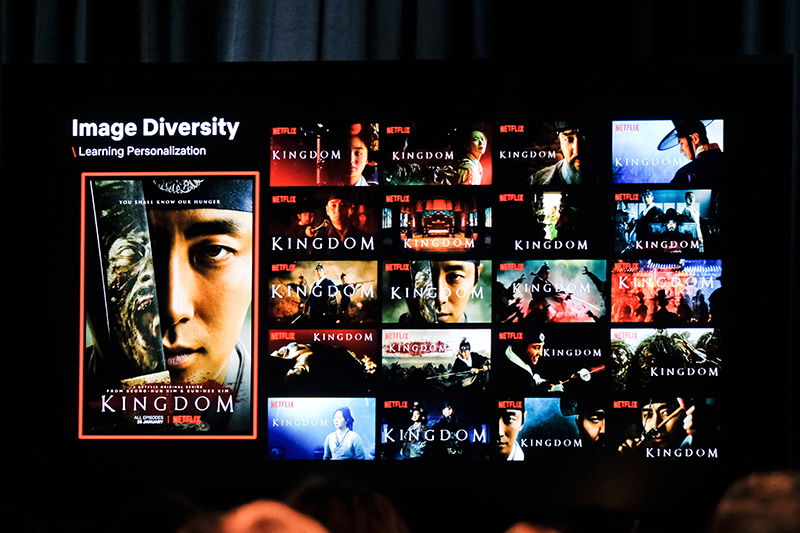 Netflix may be a global streaming service, but that doesn't mean that it applies a one-size-fits-all approach to all countries. In fact, the company works hard to localize titles for different regions, and it's constantly performing A-B testing to find out which title image resonates best with various markets.

For example, Netflix says it tries to select culturally relevant images to start out with, while also creating multiple images to represent the show in order to reflect the tastes of different people. Next, it breaks down a show into multiple themes and then categorizes the artwork into each of these themes. At launch, all these images are shared equally with all its members.

Netflix then looks at how its viewers engage with the show and which images seem to be garnering more attention. However, not everyone will gravitate toward the same image, so what Netflix does is it takes a particular viewer and then looks for others that have similar viewing habits as that first viewer. Following that, the company then shares the same image that resonated with the first viewer with others that have similar tastes, in this way personalizing your feed.

2. Not all foreign language titles are translated by default A lot of work also goes into whether or not to translate the title of a show. The title plays a big role in the first impression that people form of a show, so Netflix works with a team of professional linguists to decide whether or not to translate and how to go about doing it. Many factors come into consideration here. If Netflix decides to leave a title in its original language, it could be because native speakers in a particular country share close cultural or linguistic ties with that language and can already pronounce it with ease.

One example of this is the Spanish series La casa de papel, also known as Money Heist. Obviously, Singaporean viewers will find the English title easier to deal with, and that's what the series is known as on the local version of Netflix. However, the company decided to stick with the Spanish title in France, because the French can pronounce it easily and are already used to titles coming in from Spain. Conversely, the title is actually translated to French as La maison de papier for French-Canadian audiences in Quebec, because they supposedly love to see French translations.

The point is that there's no hard and fast rule to translations, and it's a far more dynamic process than most people realize. Ultimately, the most important thing is to preserve the original creative intent, and the same goes for the subtitles, which are similarly handled by professional linguists and subtitlers who watch entire shows and translate within the constraints of shot changes, character, and time limits.

3. A dedicated team of taggers watches every single show It's no secret that Netflix employs some sophisticated algorithms to show you what it thinks you'll like, but the algorithms can't make sense of the shows by themselves. Instead, the company has a team of over 50 taggers that watches every single show, takes note of every detail and nuance, and then attaches descriptive tags to them that Netflix's algorithms can make sense of.

First, the taggers break down a show into its fundamental aspects, which could include things like storyline, mood, and tone. The small details matter as well, such as whether the lead character is the sweet girl-next-door type or something else altogether. Then there's the matter of how much gore is in something, and whether it could potentially upset viewers. This and myriad other plot points are important, and it's the job of taggers to capture all that data.

More importantly, Netflix wants this tagging process to be objective. The last thing it wants is for a tagger to introduce some sort of personal bias and misrepresent a show. To avoid this, Netflix does something it calls calibrations, which is basically a series of checks to see if a certain tagger is tagging something the way another tagger might tag it. Sometimes, this simply involves two taggers watching the same show and seeing if they come up with the same result.

What's interesting is how the tags can come together in different ways. They don't show up as generic categories like horror, action, or adventure. The more time you spend on Netflix, the more specific the categories get. You see these as the various rows of series and movies on your home page, which have really specific descriptors such as "romantic international TV dramas" and "scary Western TV shows".

4. The new logo was designed for a more immersive cinematic experience

Eagle-eyed viewers may have noticed that Netflix has a new logo animation that plays before its Originals programming. It rolled out in February, and comprises the familiar "N" letter that then unfurls into ribbons of light that span the entire spectrum.

According to the company, the new design was intended to be easier on the eyes for viewers. Imagine that you've turned out the lights in your living room and are getting ready to binge-watch the latest Original. The previous red-on-white logo could be quite jarring in a darkened room, so Netflix decided to opt for a darker logo.

That's not all however, and the new rainbow animation was inspired by the idea of turning thumbnails of Netflix's own shows on their sides. The resulting spectrum of colors also represents the range of stories, emotions, languages, fans and creators that Netflix views as being central to its brand.

5. You can request for your favorite shows Netflix has a Title Request page where you can go to request your favorite TV shows or films. You can submit up to three requests at any one time, and who knows, you might just get lucky.

6. You can delete your viewing history Don't want anybody to know that your guilty pleasure is really Terrace House? You can delete it from your viewing history. Simply navigate to Account > My Profile > Viewing activity, after which you'll be able to check out all the shows you've watched in chronological order and delete them accordingly.

In February, Netflix launched something called Smart Downloads. This builds on its existing Downloads feature, which let you download shows to watch while offline.

The upgraded feature now automatically deletes an episode that you've finished watching so it doesn't take up space on your phone. After that, it will also download the next episode, which should make the entire process a lot easier. Smart Downloads is available on Android, iOS, and the Windows 10 Netflix app. To turn on the feature, just head to your App Settings and turn the toggle for Smart Downloads on.