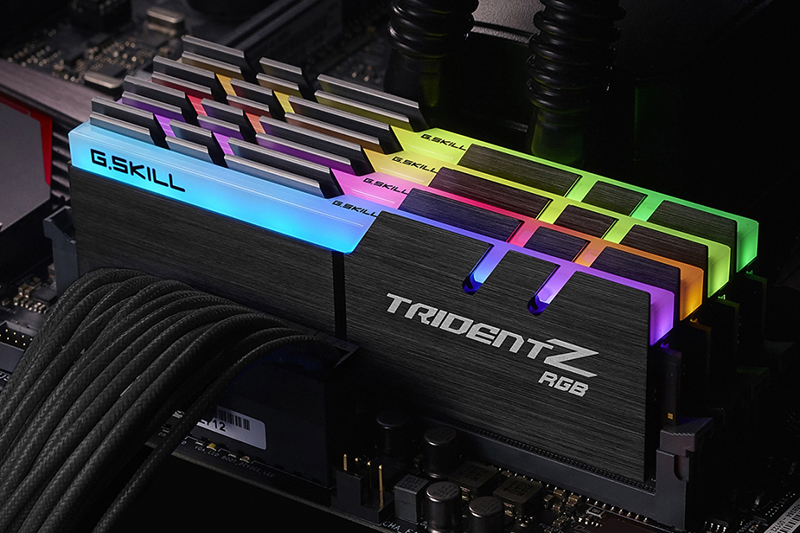 If you’ve been thinking about building yourself a shiny new desktop rig, you’re in luck. This is a great time to think about upgrading, and for the first time in a long while, it’s not just because Intel released its latest desktop processors.

The seventh-generation Kaby Lake processors may make for an unexciting upgrade over Skylake, but they’re still a very attractive proposition for someone running an older system.

However, 2017 is a lot more interesting because of the launch of AMD’s Ryzen CPUs, which marks the first time in recent memory that AMD has been competitive in the high-end space.

Suddenly, there’s a lot more choice than usual, and consumers can truly begin to consider AMD as a viable alternative to Intel.

But a new rig is about more than just the CPU, and you’ll also need to pick out parts like the RAM as well. And since both Intel and AMD support DDR4 memory on their latest chipsets, we thought it might be time for another memory kit roundup to lay out some possible options for you.

To help ensure there’s something for everyone, we’ve tried to include kits for a range of budgets as well. That said, because Ryzen is the new kid on the block, you’ll want to double check that the memory kit you choose is on your board’s list of qualified vendors.

This is a good option if you’re looking for memory sticks that will fit into a tight budget. It retails for about S$85 locally, and is a no frills DDR4 kit for your next system.

There are no fancy heat spreaders on this one, and the green PCB is exposed for all to see.

However, it does feature a low-profile design (only 31mm tall) to ensure maximum compatibility with most components. 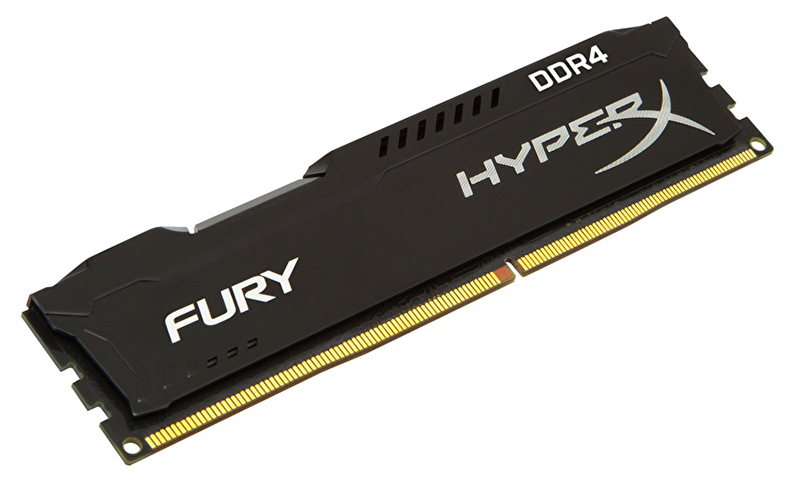 A step up the ladder will perhaps warrant a look at the HyperX Fury, a more gaming-oriented model that still manages to be affordable. The 16GB kit costs S$208 on Lazada, while the 8GB (2x4GB) kit is considerably cheaper at S$115. That said, a look at the price lists of certain local retailers shows that you can get it for even cheaper still.

It features an asymmetrical, black heat spreader for a more stylish look, so you should have no qualms about showing it off. It also has a low-profile design, which means you don’t have to worry too much about the modules blocking large heatsinks or radiators. 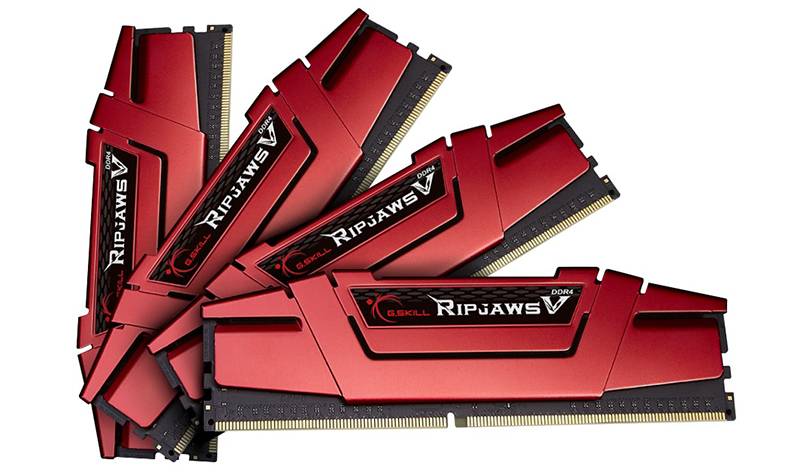 There’s also no forgetting G.Skill’s Ripjaws V series of DDR4 modules. These are decent mid-range kits with aggressively styled heat spreaders for your next gaming build, and you can pick them up for around S$199 locally.

However, the 42mm tall modules may be a problem if you have large overhanging CPU coolers, so that’s something to take note of. 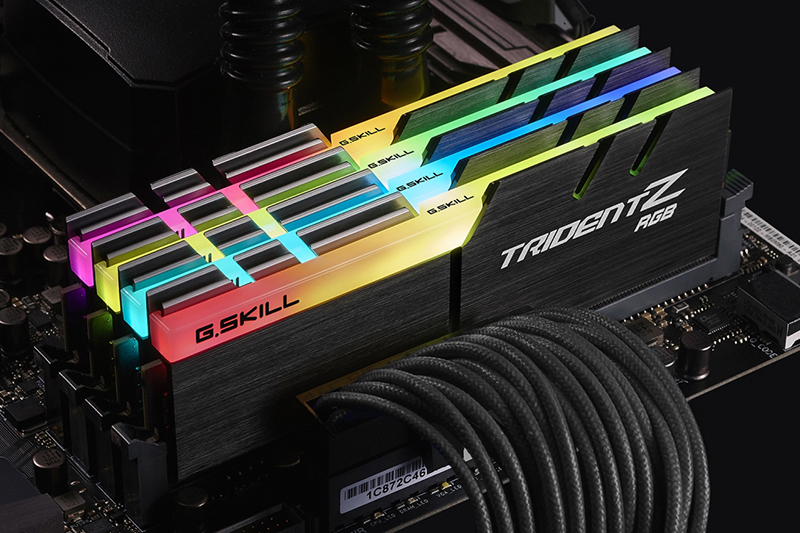 And if you’re looking to go all out, there are few better options than G.Skill’s new RGB-illuminated RAM sticks. These modules look like delicious bars of candy, and they’ll add more than a dash of pizzazz to any build, in addition to costing you a good S$269.

The default lighting effect is an undulating wave, but you can further customize it using G.Skill’s own software.

This particular kit runs at slightly slower 16-18-18-38 timings and a higher 1.35V voltage when overclocked, but that’s largely due to its high 3,200MHz speeds. It sits at 44mm tall, so you’ll want to be careful about the amount of clearance you can afford as well. 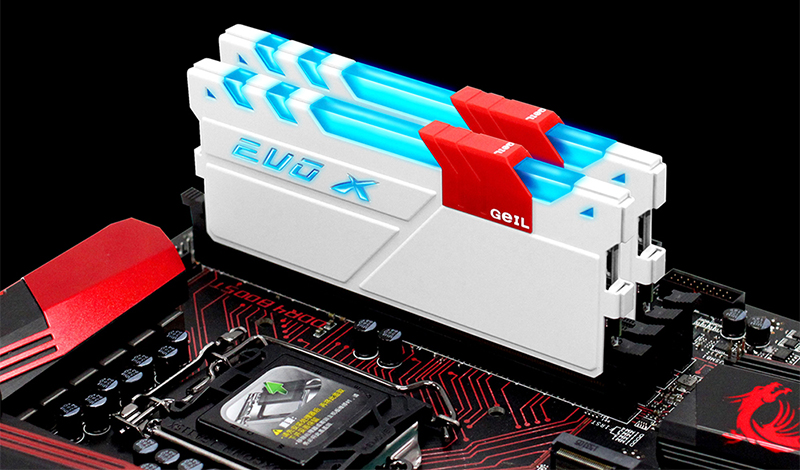 This particular kit is a slightly more affordable alternative to the Trident Z RGB, and retails for around S$219 here.

It features something GeIL calls a hybrid-independent-light-module (HILM), which essentially separates the lighting solution and circuitry from the memory module. It will work with motherboard lighting solutions such as ASUS’ Aura and MSI’s Mystic Light, as long as you hook it up to the board’s 4-pin RGB header. 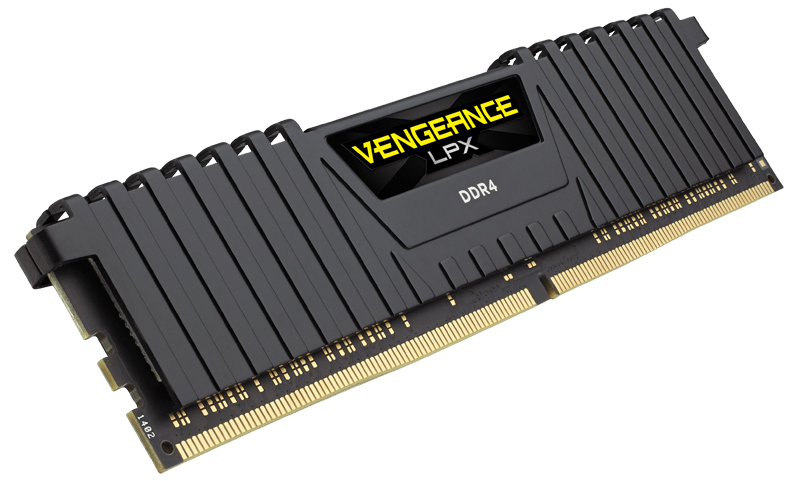 According to Corsair, the Vengeance LPX is designed to be overclocked. The heatspreader is therefore made of pure anodized aluminium for quicker heat dissipation as heat output can increase considerably at higher frequencies. There’s also an eight-layer PCB to further help manage heat and provide improved overclocking headroom.

These run at speedy 14-16-16-31 timings, and their low-profile 31mm height is great for large coolers. If you feel like you can never have too much RAM, this 32GB kit will cost you around S$379.

Last but not least, we’ve included a memory kit designed and tested specifically for AMD’s new Ryzen processors and the X370, B350, and A320 chipsets. The Flare X series of memory kits marks the return of G.Skill’s Flare branding, which we saw with its DDR3 modules.

The Flare X modules stand at 40mm tall and feature ridged aluminum heatsinks for a more distinctive look. This 2 x 8GB kit runs at 1.2V and 16-16-16-39 timings and is available for US$130 on Newegg. We’ll update when we have news of local pricing and availability.