6 cases for your next small form factor system

When smaller is better Gargantuan tower PCs are just so yesterday. Consumers these days are increasingly gravitating toward smaller form factors, and case makers have seized on the trend with design innovations that allow them to cram powerful components into compact cases – a godsend for those of us who have to deal with multiplying mounds of junk on cramped desks.

It’s easy to see the appeal of these micro-ATX and mini-ITX cases. Small, sleek, and powerful, they offer just enough support for even the most powerful components. For instance, your system could feature a mini-ITX board like the ASUS Maximus VIII Impact, together with 32GB of DDR4 RAM and an NVIDIA GeForce GTX Titan X. There would even be space to install liquid-cooling radiators if you so wished.

All in all, the current crop of compact PC cases allow you to build a system powerful enough to play even the latest games at 4K resolutions. There may not be space enough for multiple GPU configurations or elaborate liquid-cooling setups, but users who want to go down that route comprise a very small segment of the market. For the average consumer, and even most enthusiasts, they could build a system that will keep them happy for a long time to come.

And if you’re looking for an idea of which motherboards to pair with one of these cases, we’ve got an article on that right here. If you’re a big fan of minimalist designs like us, the Fractal Design Define Nano S is right up your alley. From its uninterrupted brushed metal front facade to the silver-rimmed case feet, the Define S Nano is a picture of understated elegance. And even though it’s a fairly compact mini-ITX case, there is still support for plenty of high-end hardware. It’s also a chassis designed for silent computing, so you get sound-dampening foam to muffle your fans.

In fact, the implementation of its sound-dampening system is quite nifty. It uses Fractal’s ModuVent technology, which essentially comprises modular panels layered with noise-dampening foam. These can be easily removed to expose vents and mounting holes for more fans, so you have the freedom to choose between improved air flow or reduced noise. A look inside the case reveals a fairly spacious interior, which can hold CPU coolers up to 160mm in height and graphics card up to 315mm long. In addition, there’s space for a full-sized ATX power supply and up to four drives. The final feather in its cap is its decent liquid-cooling support – this means a 240mm radiator at the top and a 280mm one in the front, and further flexible mounting options for various pumps and reservoirs. The Fractal Design Define Nano S sells for US$64.99. A windowed version is also available, but it will cost slightly more at US$69.99. Both versions are expected to begin shipping in March. 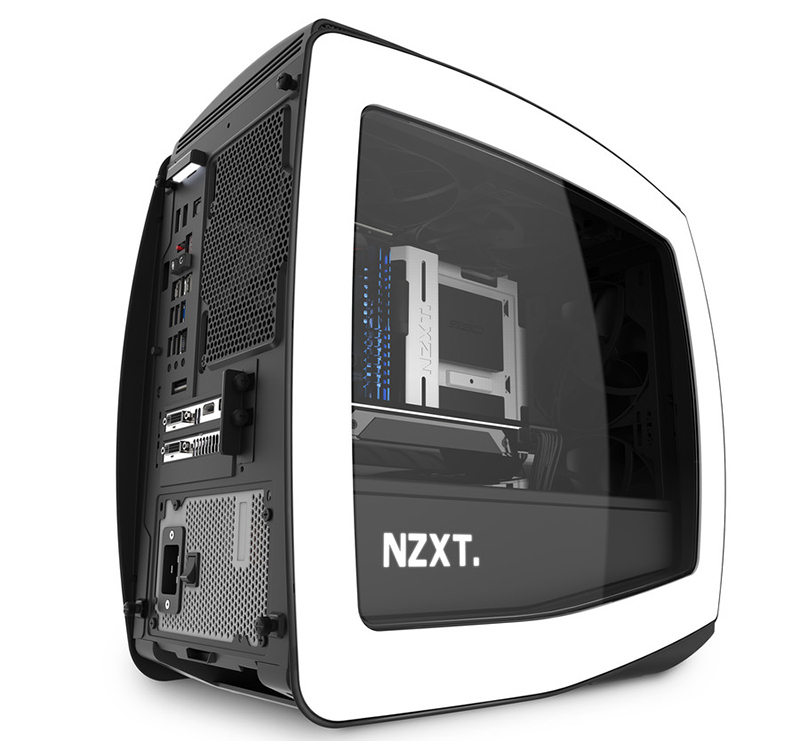 The Manta may be NZXT’s first ever mini-ITX case, but it is an extremely impressive first attempt. It also has a lot going for it in the looks department, all curves and smooth, sloping lines that give it a distinctly modern look. To top things off, it has a full-length side window that allows you an unimpeded view of your hardware.

Fortunately, NZXT has done a lot to help you build a clean system setup and keep any messy cables out of sight. For instance, the curved side panels serve a functional purpose as well, supposedly doubling the cable management space available over more conventional mini-ITX cases. Then there’s the PSU shroud, which spans the entire bottom length of the chassis and helps you hide all the cables coming out of your power supply. Similarly, metal brackets over the cable routing holes enable you to keep your 24-pin ATX power connector and SATA cables out of side, making for an even cleaner look. 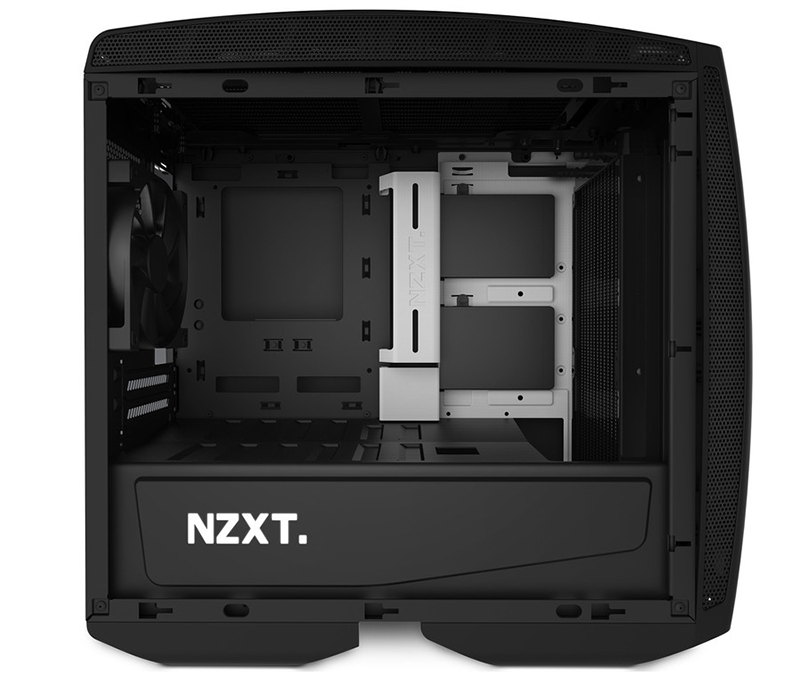 But the most appealing aspect of the case would have to be its support for up to three water-cooling radiators at the same time. The Manta will take two 280mm radiators at the front and top and one 120mm radiator in the rear. It’ll also accommodate pretty much any CPU cooler (up to 160mm tall) and graphics card (up to 363mm long) on the market and has space for three 2.5-inch SSDs and two 3.5-inch HDDs. 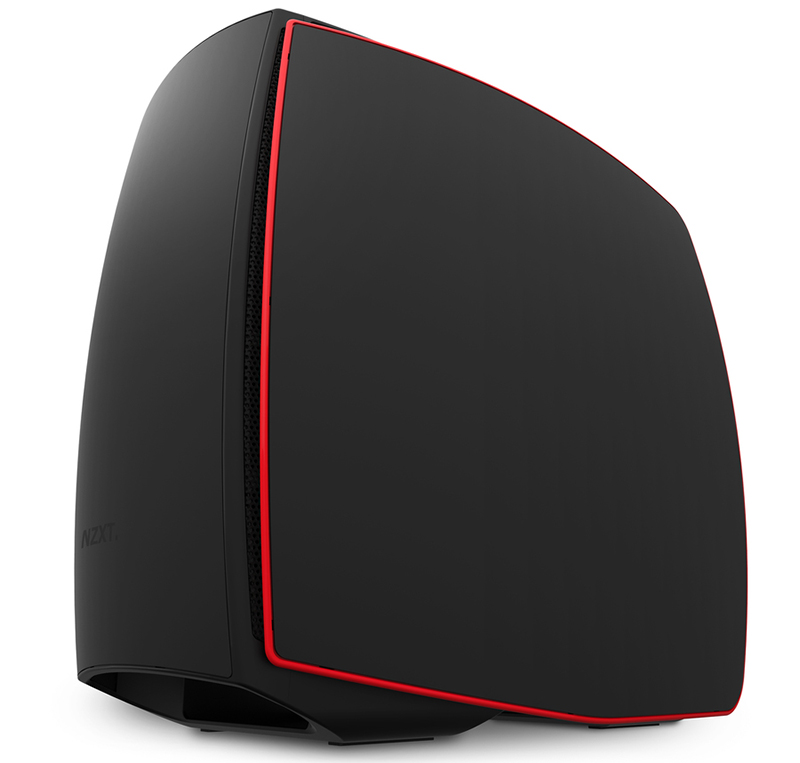