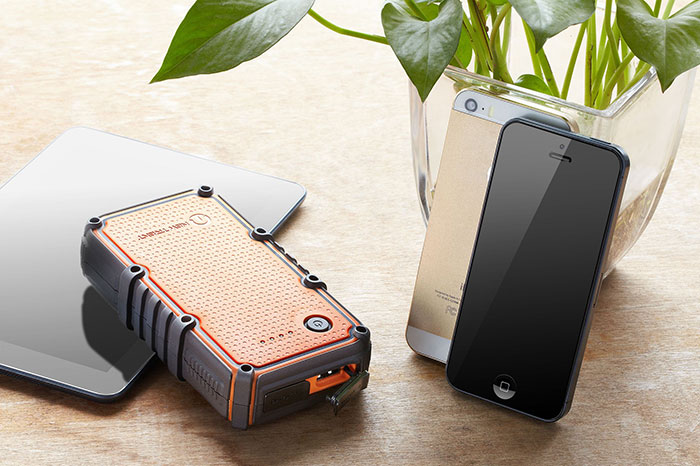 When It Comes to External Battery Packs, Capacity Isn't Everything

Smartphones and tablets these days are effectively pocket computers. But being multi-talented comes at a cost of considerable battery drain. Until the next battery breakthrough, most people today opt to carry an external battery pack (a.k.a. power bank) with them. Here are some tips on how to go about choosing one; or put another way, reasons why some battery packs are more expensive than others.

The main spec to look out for in a portable battery pack is capacity, which is measured in milliampere-hour (mAh). The capacity of your device’s battery is also measured in mAh, so loosely speaking, if your phone has a 2,000mAh battery, a 2,000mAh battery pack is able to recharge it fully once. However, because of power lost due to voltage conversion and circuit resistance (remember, the rated capacity is usually for 3.7V, but during charging, the output is at 5V), and sometimes, the quality of the charging cable, this is rarely the case in reality. While you can get one with a higher capacity (there are battery packs which go up to 20,000mAh) so that it’s able to recharge a device multiple times over, keep in mind that this usually also means that it’s bigger, heavier, and pricier. 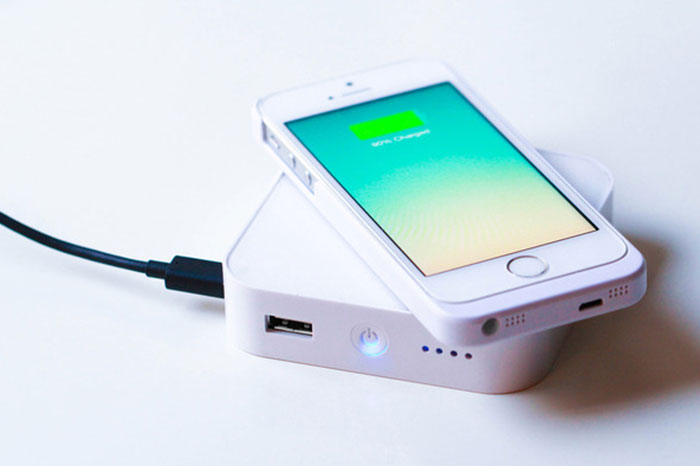 Most smartphone-oriented battery packs output at most 1A (at 5V) over the USB port. While this works fine for most people, some may notice that their smartphone now takes a longer time to recharge as compared to when a wall charger is used. This is especially true if the phone is able to accept a higher current. Many recent Android smartphones have a 1.5A charging interface, and those which support Qualcomm’s Quick Charge 2.0 standard (e.g. LG G2) can draw as much as 2A. So, manage your expectations.

Most tablets require at least 1A to charge too, with some drawing up to 2.5A. Take the Apple iPad Air for example, which comes with a 12W USB wall adapter that provides 2.4A. If you were to plug the iPad Air to a battery pack’s 1A USB port, it’ll either not charge or charge super slowly. So if you’re looking to charge a tablet, our advice is to buy a battery pack that’s capable of outputting higher than 1A (at least 1.5A if you’ve an Android tablet, and 2.1A if you’ve an iPad). Lastly, there’s no harm using a higher-powered port on a smartphone, as the device only draws what is required. In fact, it may even charge faster if it’s able to draw more. 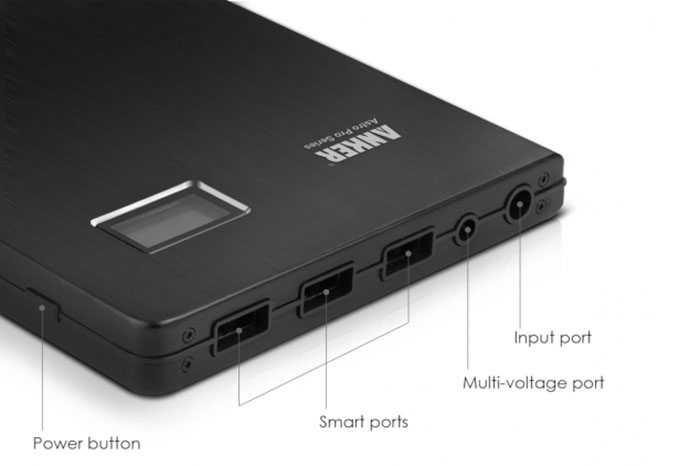 It’s easy to persuade yourself to buy a large-capacity battery pack. But one tends to forget that the higher the capacity, the longer it takes to recharge. In fact, most people we know who have 15,000mAh battery packs leave them to charge overnight. Another factor that affects how long it takes to top up the charge is the battery pack’s input current. Most battery packs accept between 0.8A and 1.5A, with the higher currents typically found on the higher capacity ones. If you come across two seemingly identically-spec’ed battery packs and both cost the same, this little detail could be the tiebreaker.

Some battery packs allow themselves to be charged while they’re charging other devices. However, we don’t recommend it because constant pass-through charging may affect the battery’s lifespan. 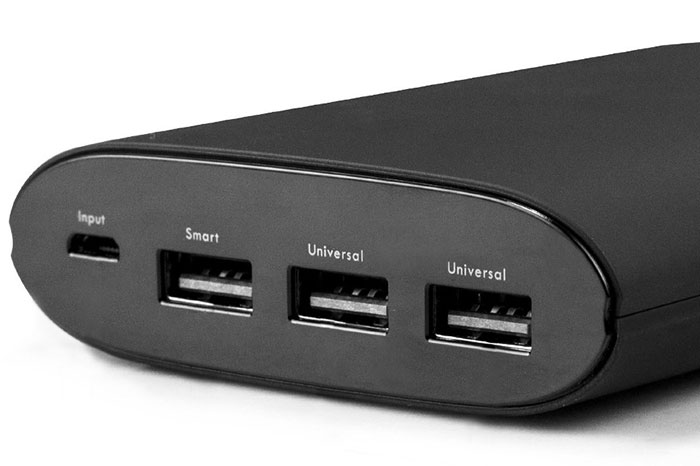 Many recent battery packs come with a built-in USB cable that wraps around the case so that you don’t need to worry about leaving the USB cable at home. To cater to iOS users, some of them come with a built-in Lightning cable instead. These Lightning connector-compatible battery packs tend to cost more than their USB counterparts because of the MFi (Made For iPhone/iPod/iPad) licensing and certification program fees the manufacturers have to pay.

Higher capacity battery packs also usually come with more than one USB charging ports. Naturally, more ports cost more money, and the number of ports you should go for depends on how many devices you carry. The biggest advantage of additional ports is that you can charge more devices at the same time. The tip here is to find out the total output current of the battery pack when more than one ports are used. For example, a battery pack with two 2A/5V ports may output the 2A when only one port is used. When both ports are connected, the total output may be limited to 3A, with each port getting 1.5A. There are of course others that have a total output of 4A (so both devices are able to charge as fast as they can), but as you might expect, they usually come at a premium. 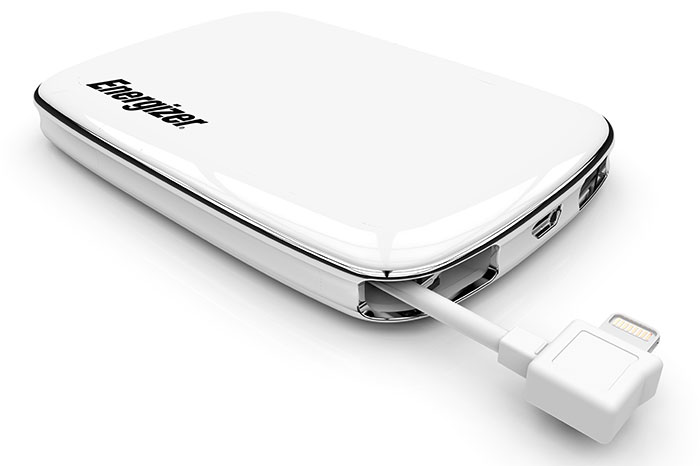 Batteries can explode, and the one measure we can take to (hopefully) prevent this is to buy from name brands or reputable vendors. To allay such fears, some battery pack makers will tell you (usually on the packaging) where they source their batteries from. So while that $10 brand-less battery pack sounds like a great deal compared to a branded one that costs three times as much, we would think twice about it, because it’s often impossible to know if it cuts any corners with the short circuit, over charging, and temperature protection mechanisms in order to achieve the low price.

Lastly, when something sounds too good to be true, it usually is. If you chance upon a 6,000mAh battery pack that’s a quarter the size of other battery packs with the same capacity, and there’s no mention on how it achieves this feat, the capacity claim is likely to be over exaggerated. 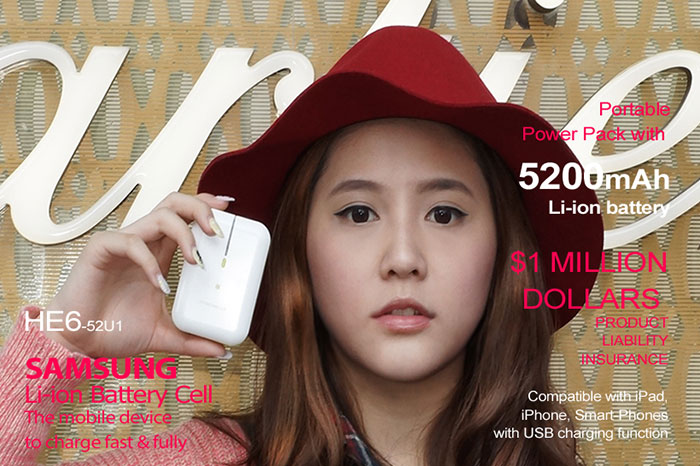