4G LTE Phones Shootout - The Fast and the Furious Trio 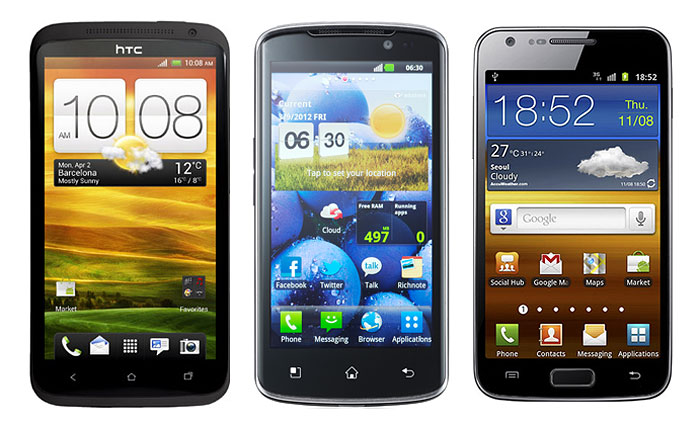 Clash of the 4G LTE Smartphones

Our earlier hands-on article on SingTel 4G LTE for smartphones focused largely on what 4G means to owners of the HTC One XL. A bunch of tests were conducted, from synthetic download and upload tests using Speedtest.net to real-world usage scenarios, such as downloading an email attachment and a large ISO file.

For this shootout article, we decided to take it a step further by including two other LTE phones: the LG Optimus True HD LTE and Samsung Galaxy S II LTE. For an even clearer picture, the tests were conducted around the island. So if you're still deciding which of the three phones to get, we hope this article will give you a better understanding on the kind of performance you can expect from each of these LTE-capable phones. Before we proceed further, here's a quick rundown of the specs of the three phones:

Not wanting to limit ourselves to one location, we embarked on an ambitious mission to test out the three LTE smartphones at four different locations across Singapore. The locations are:

As there were ongoing construction work on the perimeter of Causeway Point, we were unable to conduct the speed tests outdoor. We only managed to perform indoor tests, where we conducted our benchmarks at Level 2 of the shopping complex, near the Manhattan Fish Market restaurant. Also, due to the challenging physical environment at Changi Airport Terminal 2, we omitted the outdoor tests, but continued with the indoor tests at Burger King.

The first test was to determine the latency, download and upload speeds of the three phones. We used the Speedtest.net app as it is one of the most widely used apps for testing mobile Internet speeds. For each phone, we ran the app on the New Media Express server three times to get the average score.

Do note that SingTel's 4G LTE network currently supports theoretical download speeds of up to 75Mbps.

The results above pretty much sum up the kind of download speeds you can expect to get using SingTel's 4G network. Both Samsung Galaxy S II LTE and HTC One XL returned the best download results, and it would be hard to say whether one is better than the other. This is because of certain prevailing network conditions that may be present during our tests. However, we've reduced much of the errors by conducting multiple download tests and what you see above are average speeds collected after three consecutive tests. Having said that, it's clear that the LG Optimus True HD LTE performed a notch lower than the HTC and Samsung phones.

Also, it's interesting to note that although SingTel says that its 4G network tops out at 75Mbps, some of the tests actually exceeded this speed cap. We were told that this would only be temporary, and the cap will be implemented soon.

In terms of upstream speeds, we can see that the HTC phone consistently triumphed over Samsung and LG's offerings, making it one of the more friendly phones for those who like to share their multimedia content. It's also interesting to note that unlike 3G upload bandwidth which is consistently a fraction of its download bandwidth, SingTel's LTE upload speeds typically clocked between 25-50% of its downstream speeds.

We did not see much fluctuation in the ping tests across the three phones, although the Samsung Galaxy S II LTE's results seem better than the rest. Looking at these latency results, we can foresee many users tethering their LTE phone to the laptop for a quick game of Diablo III.