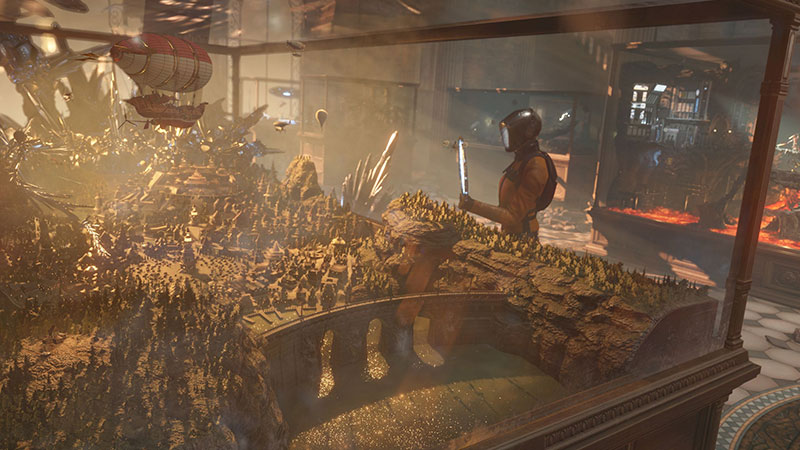 Back in June, Futuremark teased details of Time Spy, a new benchmark designed to assess the DirectX 12 performance of the latest graphics cards. TimeSpy now joins the recently announced stress test tool in 3DMark's stable of benchmarks, giving benchmarkers and enthusiasts a standard benchmark with which to test DirectX 12 performance, instead of relying on the limited handful of DirectX 12 titles, some of which haven’t even ironed out all of their bugs.

While the DirectX 11-based Fire Strike benchmarks have long been a mainstay of 3DMark, the new Time Spy test was built from the ground up on a DirectX 12 engine, and supports features like asynchronous compute, explicit multi-adapter (the use of different GPUs to increase performance), and multi-threading.

Why does DirectX 12 performance matter?

You’ve probably seen a lot of fuss being made over so-called low level APIs like DirectX 12 and Vulkan. Both of these are also referred to as operating “closer to the metal”, which really means that developers are given greater control over the GPU’s resources.

An API – or application programming interface – is essentially a software that acts as an interface between a PC’s hardware components and a game or application, handling workloads like 2D and 3D vector graphics rendering and even audio playback.

In the case of DirectX 12 (or Vulkan for that matter), it can enable a significant boost in graphics quality and performance by reducing API-related CPU overhead. Previously, drivers sat between the game and the GPU and helped manage the hardware resources, but these drivers were often too complex and included significant context, memory and error management.

The driver also generally has a flawed understanding of what the game really needs, which gives rise to performance inefficiencies. Furthermore, application developers don’t really know how the data is being managed by the driver, so they cannot fully account for unpredictable scenarios, potentially leading to decreased performance when something unexpected happens.

By reducing the CPU overhead and enabling more efficient resource utilization, DirectX 12 game engines can draw more objects, textures, and effects to the screen (you may have seen this referred to elsewhere as an increase in “draw calls”).

The end result is exactly what it sounds like – richer visuals and better frame rates. And even though the number of games that can run in DirectX 12 mode may be a little limited now, you can be sure that more developers will eventually move on to the new API, which is why you’ll want to make sure that your card does well in this area.

We used the same test rig as we did in our recent graphics card reviews. The specifications are as follow:

Time Spy comprises two graphics tests and one CPU test, both of which are designed to stress the intended component while minimizing the other’s workload.

We’ve included the Time Spy results below, along with the scores from the regular Fire Strike tests to provide a baseline of sorts for the cards’ relative performance to each other. Right off the bat, one of the more interesting things to note is the performance differentials have changed in the DirectX 12 benchmark as compared to Fire Strike. 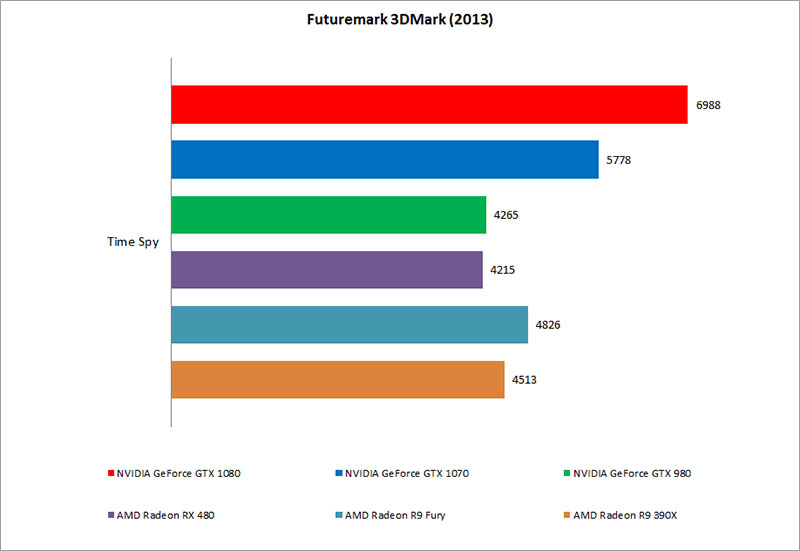 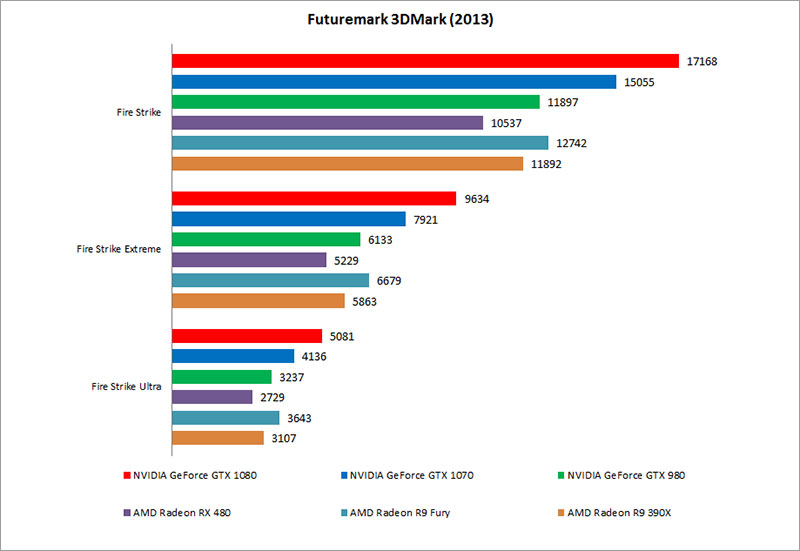 Cards that were quite far apart in the Fire Strike tests can end up performing a lot closer to each other in Time Spy, indicative of varying abilities to take advantage of DirectX 12 features that are not necessarily linked to performance in DirectX 11 applications.

The most glaring example of this was with the NVIDIA GeForce GTX 980 and the AMD Radeon RX 480. While the latter was 17 percent quicker than the Polaris card in Fire Strike Extreme (both these benchmarks render at 2,560 x 1,440 pixels, which is why we’re comparing them), they were suddenly neck-and-neck in Time Spy, with just over a percentage point in difference. As it turns out, this was actually reflected in our review of the RX 480, where it came close to and even exceeded the GeForce GTX 980 in certain DirectX 12 game benchmarks like Ashes of the Singularity and Hitman.

On the other hand, the GeForce GTX 1080 was 65 percent faster than the RX 480 in Time Spy, but was 84 percent better in Fire Strike Extreme. The gap between the two cards also narrowed somewhat in Time Spy, but it’s clear that NVIDIA has made some big strides in supporting the new features in DirectX 12.

But if you were to compare the figures for cards based on the same architecture, performance differences begin to match up with the scores in Fire Strike, and the GeForce GTX 1080 was around 20 percent faster than the 1070 in both Time Spy and Fire Strike Extreme. They are both equally capable of taking advantage of things like asynchronous compute and multi-threaded workloads, so there’s little discrepancy between DirectX 11 and 12 performance.