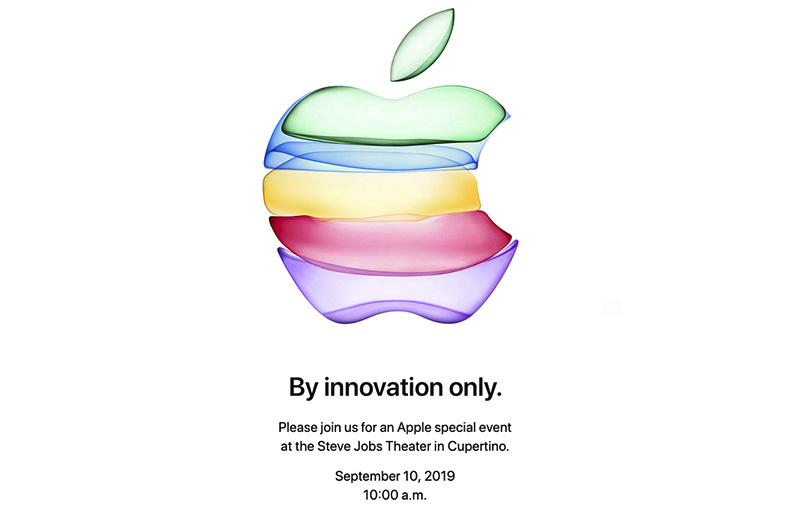 Apple sent out media invites for an event on 10 September, 10 am (SGT, 11 Sept, 1 am) at the Steve Jobs Theatre in Cupertino. The teaser image is a multi-colored Apple logo with the tagline "By innovation only". Is Apple trying to hint something?

Three of the five colors in the logo match the current color options of the iPhone XR - blue, yellow and red. What about the other two colors (green and lavender)? Well, Macotakara believes Apple will replace the current coral and blue options with green and lavender. The new iPhone 11 would then come in white, black, yellow, green, lavender and red.

If history is any indication, pre-orders for the new iPhones should be on 13 September, Friday with retail sales a week later on 20 September. SoftBank's president accidentally revealed the date last month during a meeting where he was asked about Japan's new Telecommunications Business Law going into effect on 1 October.

Apple should be keeping the retail prices of the iPhone models steady this time despite the threat of tariffs on its core products. After all, the currency fluctuations late last year had prompted Apple to consider lowering the iPhone prices in some international markets to boost sales. Chinese site news.mydrivers.com believed the prices will be similar to the 2018 iPhone lineup.