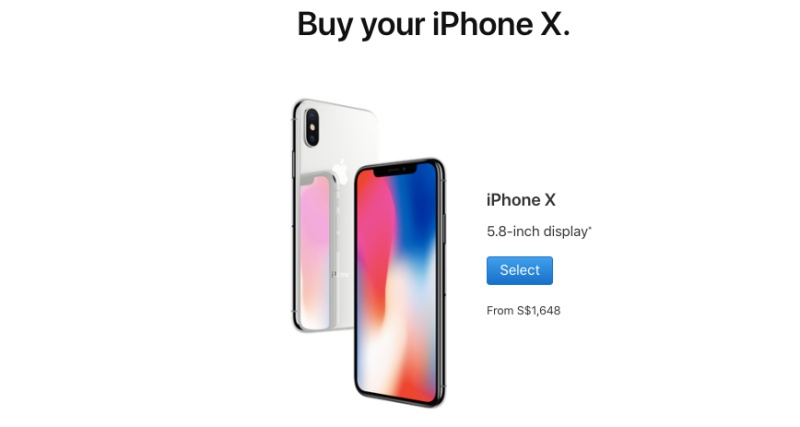 Apple cracked the price barrier last year when it released the iPhone X with a base price tag of S$1,648. Despite concerns over the ultra-premium price tag, the iPhone X continues to fly off the shelves. This is likely to give Apple more confidence in maintaining or even increasing the price tag of its upcoming iPhone models.

RBC Capital Markets analyst Amit Daryanani claimed in March that the 5.8-inch and 6.5-inch OLED models will be priced from US$899 and US$999 respectively. Taking reference from Daryanani's predictions, MacRumors gave its take on the price tiers for the different iPhone models:

Former KGI Securities analyst Ming-Chi Kuo thinks that the 6.1-inch LCD iPhone will be priced between US$649 to US$749, which may push sales of this model to over 100 million units.

UBS analysts Steven Milunovich and Benjamin Wilson have a different take on the price tiers; they believe Apple will raise the price of the iPhone this year to US$1,100 as part of its three-pronged strategy to encourage repeat customers to pay more for new products while offering affordable products for first-time customers.

Morgan Stanley analyst Katy Huberty claims that Apple will not raise the base price of its flagship model, which is the 6.5-inch OLED iPhone. For your easy reference, we have compiled the various price predictions by the analysts in the table below:

Our thoughts: We certainly hope that Apple will not raise the prices of its iPhones, but history has proven that the company can get away with this. With the iPhone getting its biggest display yet, we expect that the flagship model will cost a fair bit more than usual for most consumers! 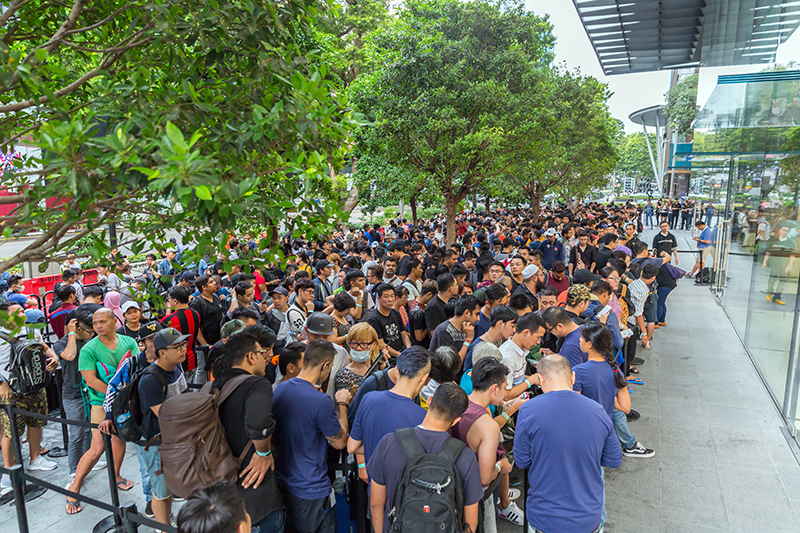 Apple typically unveils the new generation iPhone models in September with sales starting a week or two after the official launch event.

Apple has officially confirmed that it is holding a media event on 12 September (13 September, 1AM SGT) where it is expected to unveil the three new iPhones.

Tech site Macerkopf received information that German telcos are gearing up for the launch of the 2018 iPhones; pre-orders are reportedly starting on 14th September. Romanian telco has apparently started the pre-orders for the new iPhones although pricing and specs are not revealed. This suggests that Apple could announce the new iPhones on 11th or 12th September and retail availability should begin on 21st September.

The recent virus attack on TSMC's factories could delay the availability of the iPhones or limit the number of units available at launch. In addition, the 6.1-inch LCD iPhone might not be available for purchase at launch due to production issues with the backlighting system. Reliable analyst Ming-Chi Kuo claims that sources in the supply chain believe the 6.1-inch LCD iPhone will ship "slightly later" than the two OLED models. In his latest research note, Kuo said that the 6.1-inch mode will still be available in late September or early October.

Our thoughts: Compared to last year, there have not been many reports on production issues for the new iPhones. There's a good chance that all three models could hit retail shelves at the same time.