2016 was an exciting time for gaming notebooks. NVIDIA’s new Pascal GPUs proved to be quite a game changer, as mobile graphics chips were now performing closer than ever to their desktop counterparts.

This puts 15-inch gaming notebooks in an especially attractive position, and they are poised to offer an attractive combination of graphics firepower and decent portability. 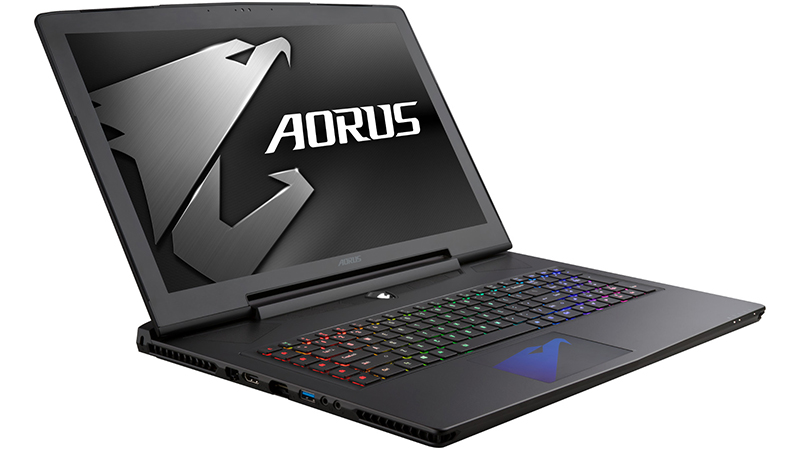 Aorus is Gigabyte’s premium gaming brand, and the X5 v6 is quite clearly designed to appeal to the crowd for whom money is no object. At S$3,799, it is the most expensive laptop of the eight reviewed, but it justifies its price with a combination of powerful hardware – the best of the lot – and a slim and light chassis.

It is the only notebook to feature an overclockable Intel Core i7-6820HK processor, and our review unit came overclocked out of the box at 4.0GHz. In addition, it features an NVIDIA GeForce GTX 1070 GPU and 16GB of RAM, and manages to cram all that in a chassis that is just 22.9mm thick and weighing 2.5kg. Some of the other notebooks, like the Acer Predator 15 and Alienware 15 boast similar specifications but are an entire kilogram heavier, which only makes what Aorus has done even more impressive.

The X5 v6 checks all the right boxes for performance and portability, but it extends its lead with a higher resolution 2,880 x 1,620-pixel IPS G-Sync display and per-key RGB backlighting, which is why it’s the winner of this shootout. 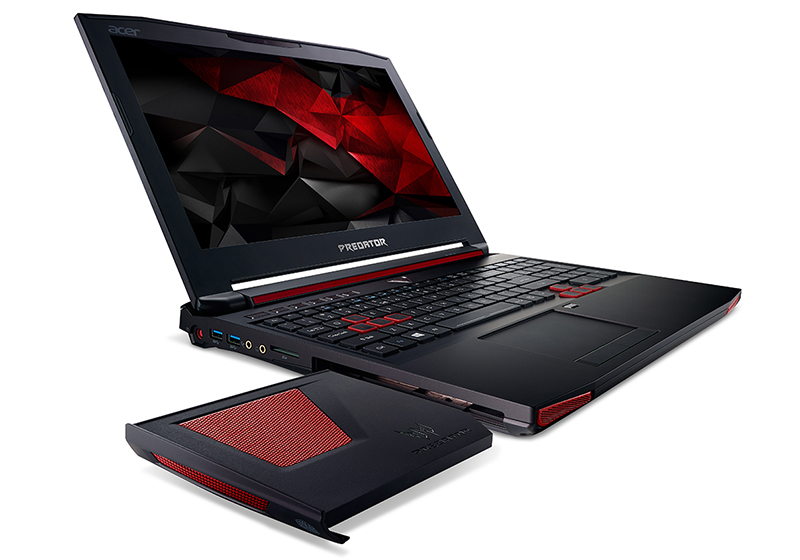 The Acer Predator 15 sports the signature look of the Predator series, which translates into a highly aggressive styling clearly calculated to woo gamers. Unfortunately, its dragged down by its sheer thickness and weight, coming in at 38.5mm thick and 3.7kg. This means it’ll take a decidedly Herculean effort to carry around, and it is the least portable notebook in this shootout.

Still, it boasts a handful of features to help distinguish itself, most notably the nifty Predator FrostCore module, which is an additional fan module that can replace the optical drive for more robust cooling. It is also one of the strongest performers in our benchmarks, and puts forth decent battery life, which helps make up for its huge size somewhat.

Unfortunately, it’s difficult to account for its high asking price of S$3,598, when just a little more will net you features like a 120Hz display on the Alienware and an overclockable mobile processor on the Aorus. 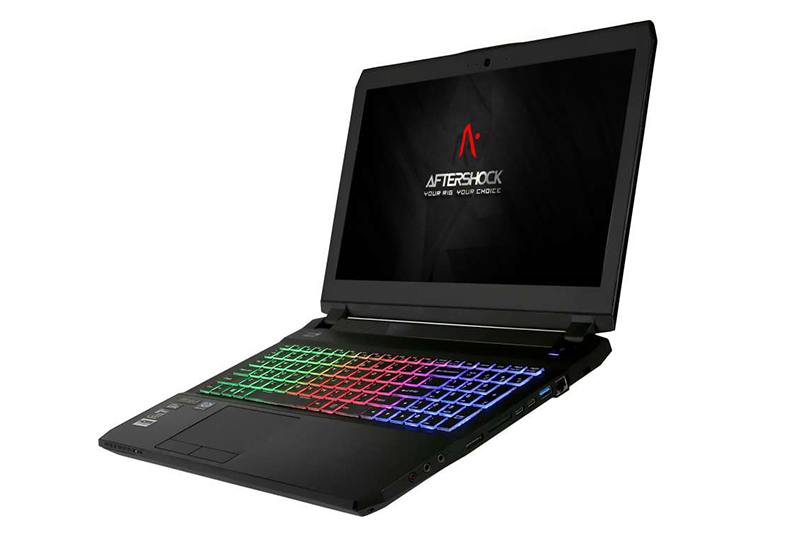 The Aftershock S-15 is intended to provide the best bang for your buck. It’s not the speediest notebook of the lot, but its S$2,158 price tag makes it a very attractive option for a laptop equipped with an NVIDIA GeForce GTX 1060. It also happens to boast among the best battery life of the lot, an impressive feat given its modest 60Wh battery.

Of course, you do get what you pay for, and while the S15 is very solidly built and features an excellent keyboard with good travel distance, it does not stand out for its thinness or light weight. It is also the only notebook here to be equipped with just 8GB of RAM (everything else has 16GB).

Another thing to note is that its performance is slightly below that of other similar specced notebooks with a GeForce GTX 1060, an oddity that might be due to lack of optimizations, but also possibly held back by throttling as the notebook was consistently operating cooler and slower as observed from our tests. 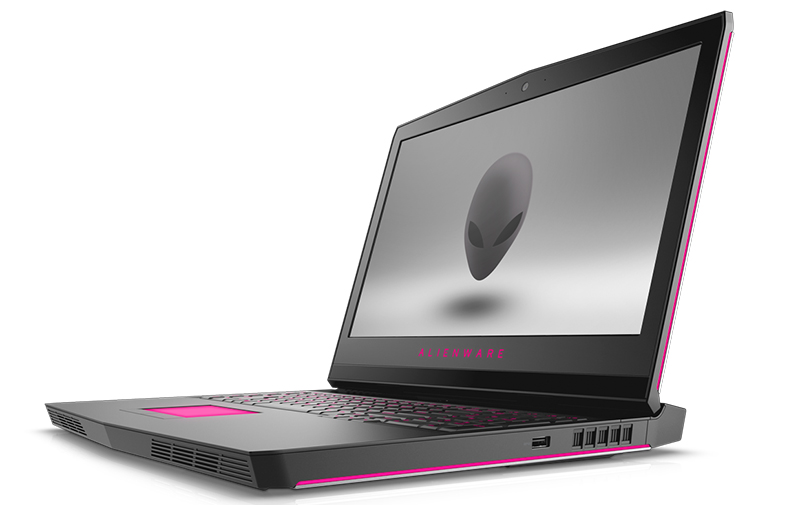 Dell’s refreshed Alienware 15 notebook was a strong contender for our top choice, but it ultimately fell behind the Aorus X5 v6 because the latter was just so much lighter and also slightly faster. While the Alienware has quite striking looks and excellent build quality, it is quite a brick to lug around at 3.49kg, and it does not feature an overclockable mobile processor despite being only S$40 cheaper than the Aorus at S$3,752.

Still, it manages to distinguish itself with unique features like Tobii eye-tracking and a much appreciated 120Hz G-Sync display. There is good support for the next generation of peripherals as well, with one USB 3.1 (Gen 1) Type-C port and a separate Thunderbolt 3 connector. Another standout feature is the RGB backlit keyboard, which boasts a mind-boggling array of customization options. 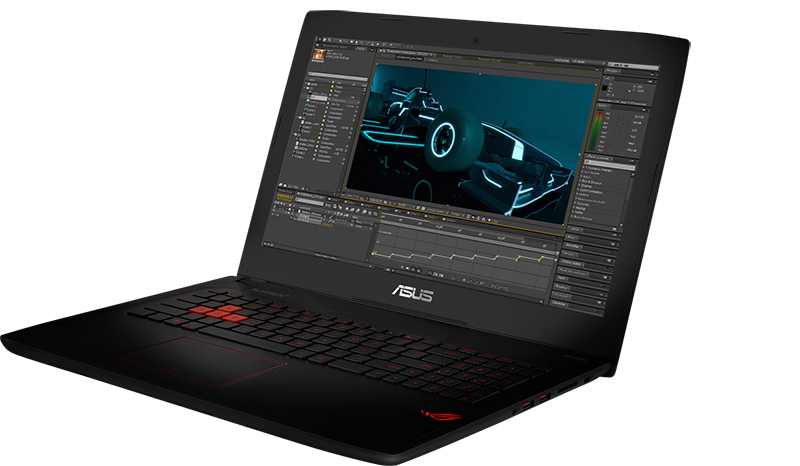 The ASUS ROG Strix GL502VM is the notebook that is best poised to give the Aftershock S15 a run for its money. At S$2,498, it is closest in price to the Aftershock and makes up for the price difference with a more eye-catching design, a slimmer and lighter build, and faster performance.

It loses out in terms of battery life, but it does weigh only 2.24kg and measure a svelte 23.5mm. It also comes with a 60Hz G-Sync display, so you’ll can expect a fluid and tear-free gaming experience. For a good mix of features, design and build, we are awarding this notebook our Value for Money recommendation. 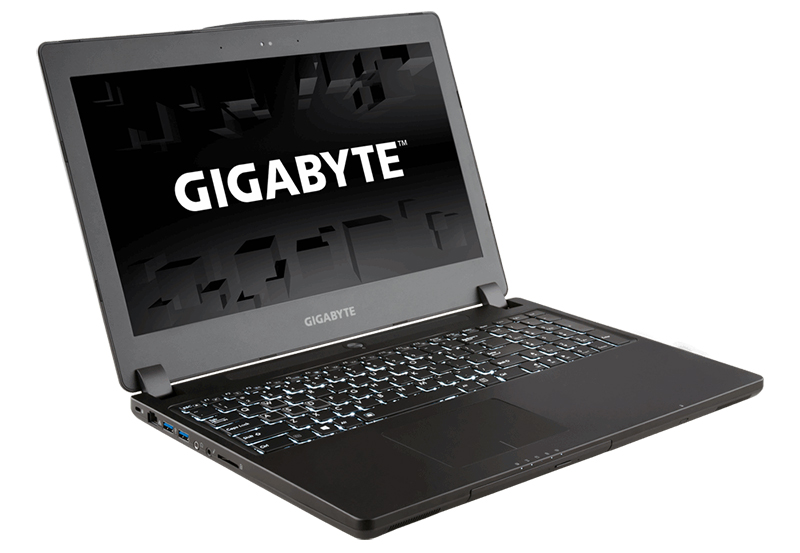 Gigabyte’s own P35X v6 shares a lot in common with the Aorus X5 v6, most notably the focus on sticking to a slim and light design. It weighs just 2.3kg, making it the lightest notebook here to feature a GeForce GTX 1070. Furthermore, it did well in our battery life tests, lasting the longest out of all the Pascal-equipped notebooks despite not having the largest battery.

However, it falls short of the Aorus in quite a few ways. Key travel distance is shallow for such a large notebook, and the trackpad feels inaccurate and sluggish. It also lacks customizable RGB backlighting (you can only toggle through three different levels of white backlight) and G-Sync, which is quite a disappointment for a notebook that costs S$3,399. 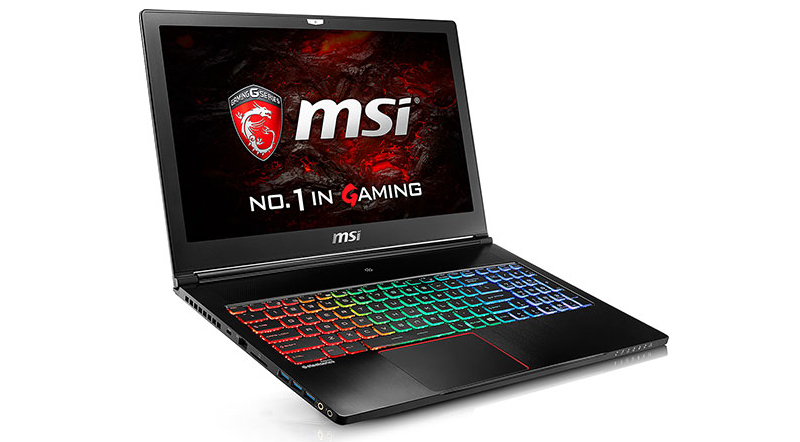 The MSI GS63VR 6RF Stealth Pro is in a class of its own right with an impressively thin and light build. However, it still feels quite well put together, despite being the most portable notebook at just 1.8kg. More striking is the fact that it is lighter and thinner than even the vastly weaker HP Omen 15, making this a strong choice for those who prize portability in a gaming notebook above all else.

However, all this comes at a price, and the MSI notebook costs S$3,199, which is quite expensive for a notebook with just a GeForce GTX 1060. It also lacks a G-Sync display, which means you’re really ponying up for its light weight and slim design. And while some may find this important, we think the majority of gamers will probably prefer getting more performance for their dollar.