ASUS’ ROG Strix GL502VM is an attempt at injecting something new into the established ROG design language. With bright neon orange highlights and a slim design, it’s intended to be an affordable option for a younger, more style-conscious audience.

And because it’s aimed at a slightly lower budget, it ships with just a GeForce GTX 1060. That means that performance is handicapped right from the outset against the GeForce GTX 1070-equipped notebooks, but the GL502VM makes up for it with a more palatable price and attractive design. 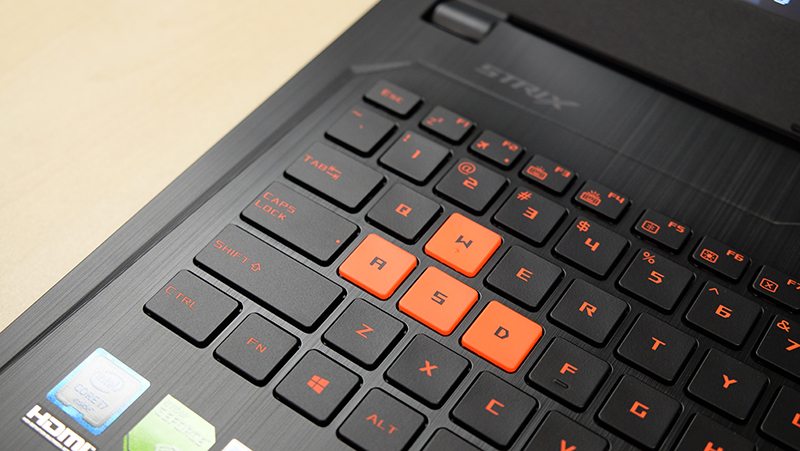 The notebook features dual heatpipes to cool the CPU and GPU separately, but despite the large pure copper thermal module, it seems like CPU and GPU temperatures still remained quite toasty. Fortunately, this did not translate into excessive heat on the palm rest areas or any discernible performance throttling. The Hyper Cool Duo-Copper module, as ASUS is calling its cooling solution, also reportedly helps the GPU maintain its boosted speeds and ensures more consistent performance.

Build quality feels wonderfully solid, with little give to the main body. You’ll be surprised to learn that the majority of the chassis is actually made of plastic, which is probably how ASUS keeps the weight down. That said, this feeling of quality translates to the keyboard and trackpad, and you’ll find little to complain about either.

You’re limited to just a red backlighting however, unlike some of the other boards that allow for customizable RGB effects.

The lid and palm rests sport a brushed metal finish for a more premium look, and the notebook shows its orange-themed highlights in a variety of places, including the heatsink fins that are visible at the rear. Even the rubber feet at the bottom of the notebook have been drenched in orange, and the overall impression is quite a refreshing departure from the well-worn red and black designs of older ROG products.

It weighs only 2.24kg, which stands it in good stead among the rest of the notebooks in terms of portability. Unfortunately, it’s dragged down in this area by its small 64Wh battery and sub-par power efficiency, which saw it consuming more power than similarly equipped notebooks.

That said, performance is by no means weak, and you’ll still be able to run the vast majority of games at playable frame rates on its 1080p IPS display. It also supports G-Sync, a much-appreciated inclusion, and the benefits should be readily perceivable on the 60Hz display. Furthermore, it is the cheapest notebook in this shootout to offer NVIDIA’s variable refresh rate technology, and it’s good to see that ASUS actually recognizes how much of a difference the technology can make.

In fact, we’d say it is the inclusion of G-Sync and its 16GB of RAM that gives it quite a big leg up over the Aftershock S-15. 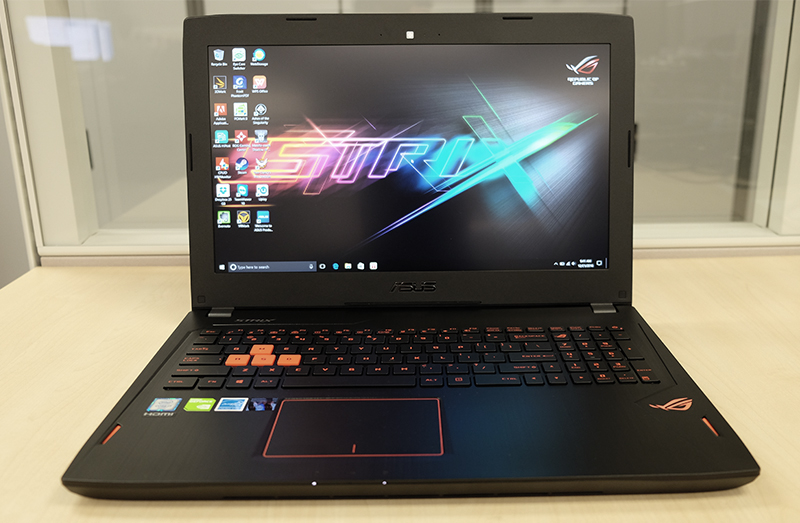 In comparison, some of the pricier notebooks like the Gigabyte P35 v6 and MSI GS63VR 6RF Stealth Pro don’t even feature G-Sync, which makes for quite a glaring omission in their price brackets.

The keyboard has a dedicated key that launches the ROG Gaming Center utility, which among other things, lets you create up to four different profiles for various scenarios. There’s not a lot of fine-grained control involved though, and this is mostly limited to things like display and sound presets and whether or not you want to disable the Windows key. 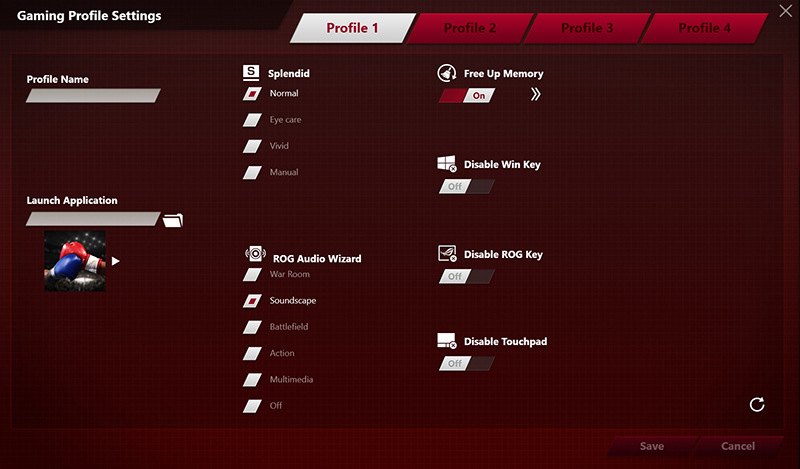 As it turns out, the IPS screen and stereo speakers are one of the best things about the notebook. The matte display is capable of showing off bright and vibrant colors, and the diminutive speakers are capable of surprisingly loud and full-bodied sound. The speaker cutouts are just two tiny orange grilles on the palm rests, but they more than deliver here. In comparison, some of the other notebooks have what appear to be far more expansive speaker setups, but they often don’t sound as good. The ASUS notebook effectively stakes out a middle-ground between the Aftershock and MSI laptops. While all three feature a GeForce GTX 1060, the ASUS has double the RAM of the Aftershock but a less cutting-edge design than the MSI (it isn’t quite as thin), resulting in a well-balanced and fairly affordable notebook.

ASUS has also taken care to include more ports than you’ll need, including three USB 3.0 Type-A ports and one USB 3.1 Type-C port. Unfortunately, there is no Thunderbolt 3 support here.

However, one final gripe is the amount of bloatware the GL502VM comes with. This means a ton of ASUS-branded programs that you have no use for and which pop up intermittently, so you’ll have to take steps to remove them manually, such as by using the Windows 10 recovery feature that lets you start afresh with a clean installation.